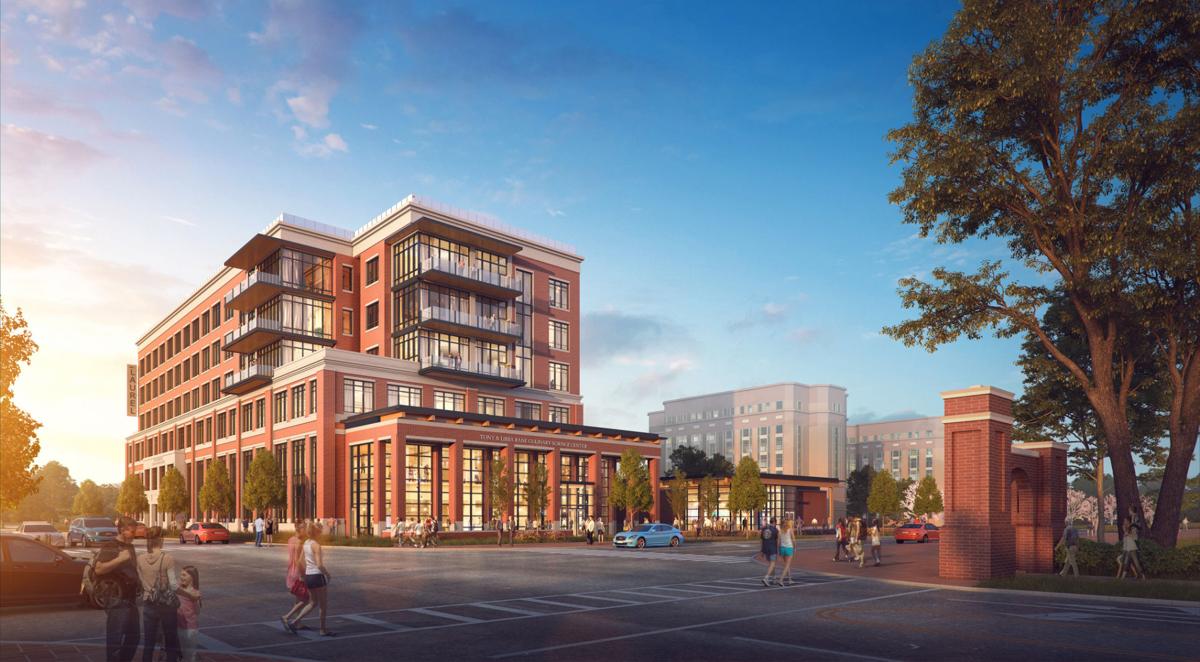 An artist's rendering shows the outside of the Tony and Libba Rane Culinary Science Center. 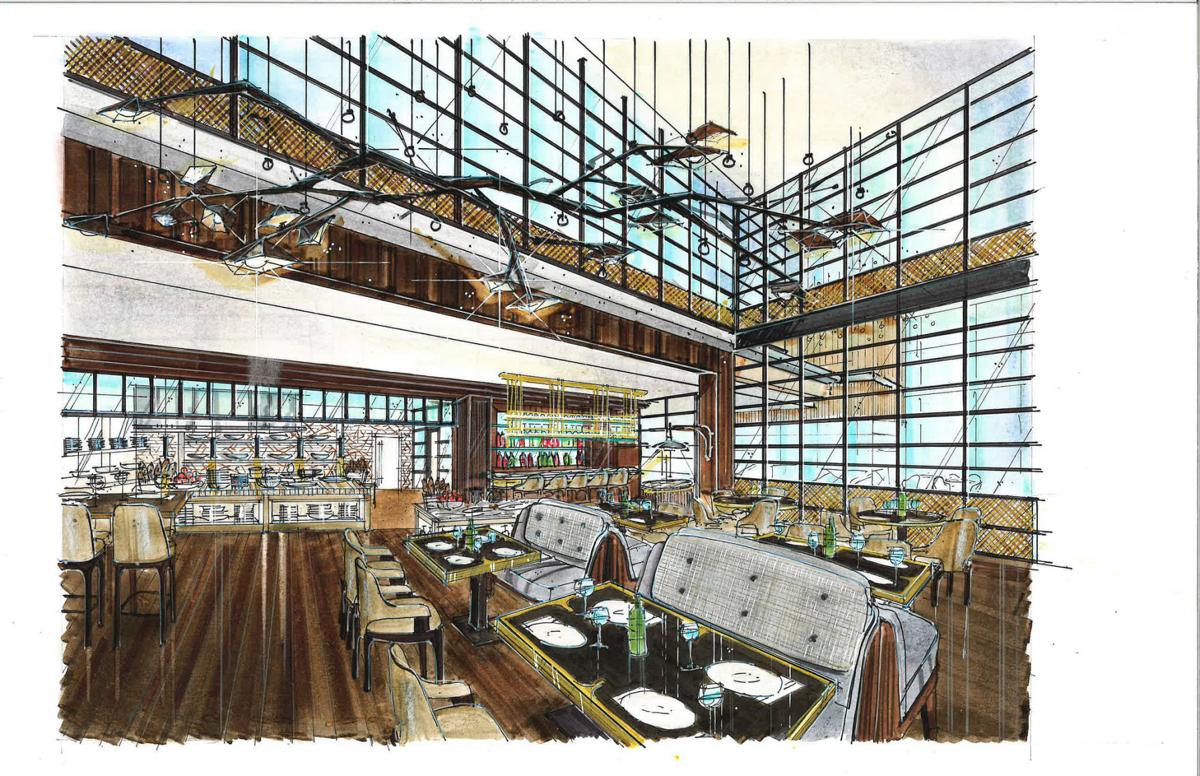 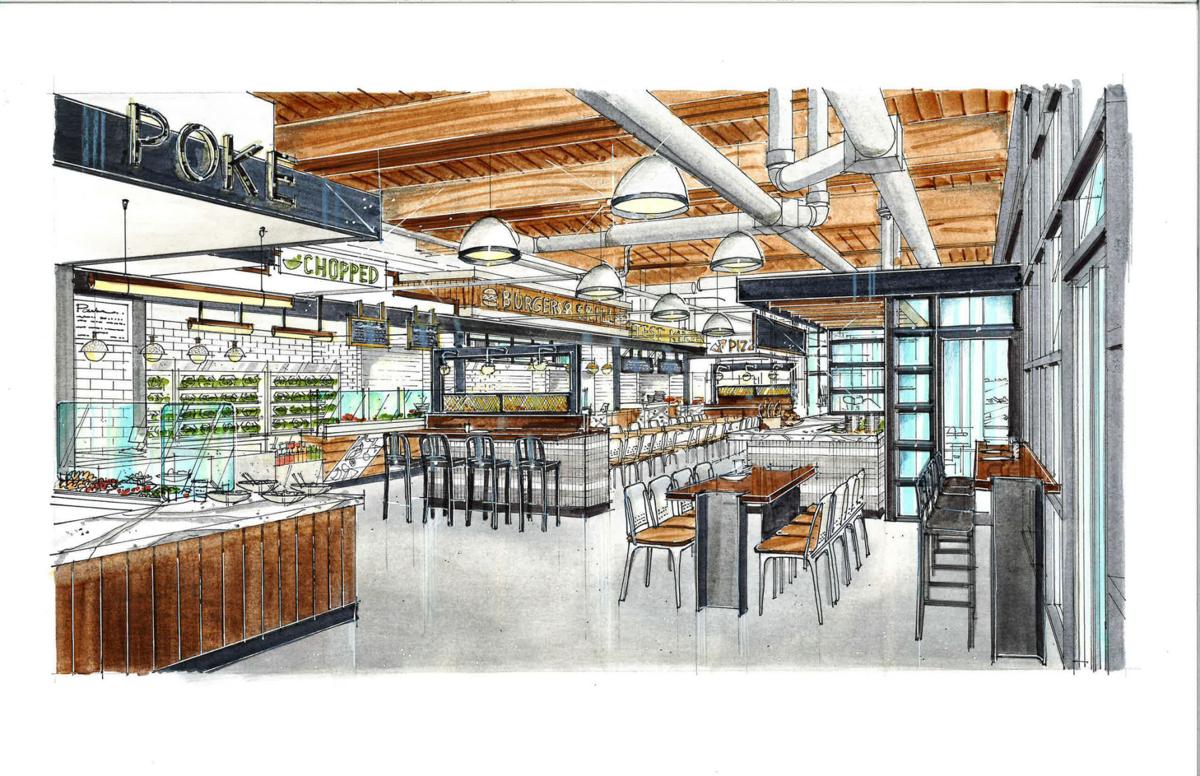 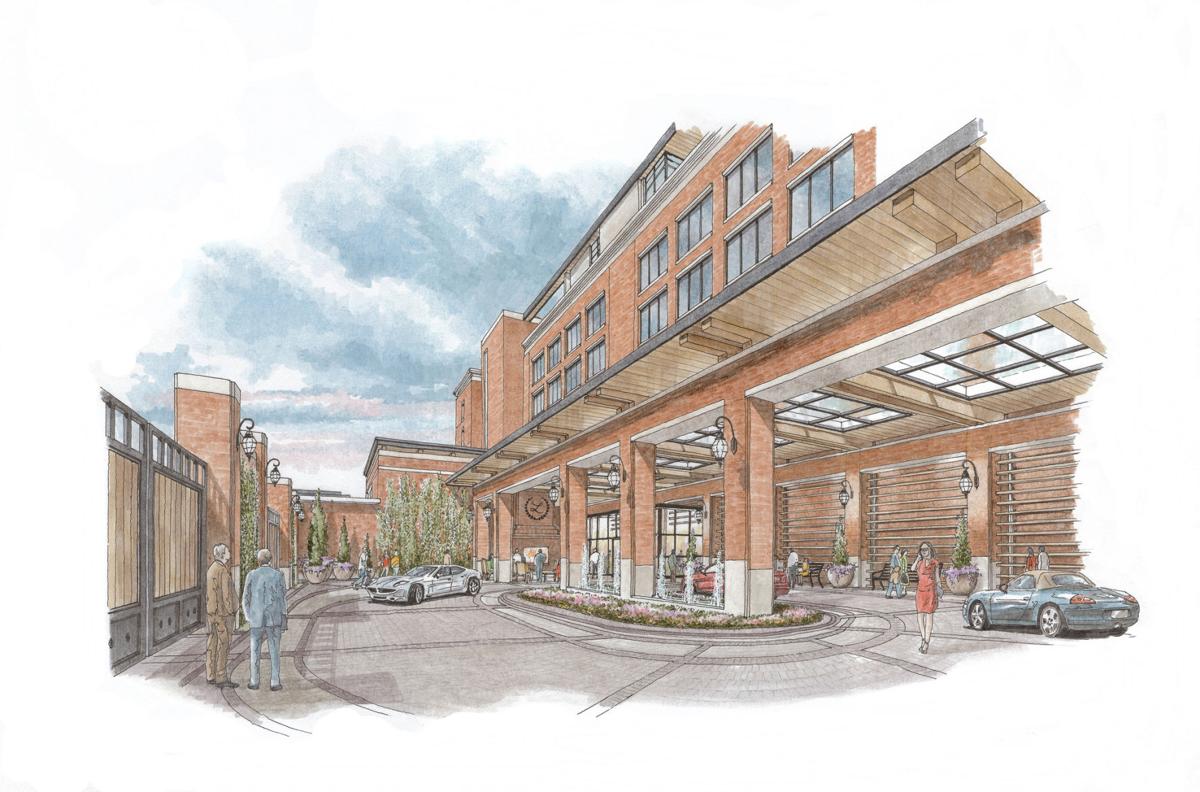 The Laurel will be a luxury boutique teaching hotel where hospitality management students can gain hands-on practical experience working in all areas of hotel operations.

An artist's rendering shows the outside of the Tony and Libba Rane Culinary Science Center.

The Laurel will be a luxury boutique teaching hotel where hospitality management students can gain hands-on practical experience working in all areas of hotel operations.

Martin O’Neill says that when the Tony and Libba Rane Culinary Science Center is fully operational, he expects it to be “a hive of activity.”

“It’s going to be buzz, buzz, buzz,” said O’Neill, department head of Nutrition, Dietetics and Hospitality Management at Auburn University. “Look at where that is going to be located. It’s going to be right downtown, in the center of Auburn, at that wonderful intersection between Thach and College.”

“The Tony and Libba Rane Culinary Science Center will allow us to instantly, upon opening the doors, compete with not just the top hospitality and culinary programs in the United States, but globally,” van der Reijden told Auburn University’s board of trustees earlier this month.

“As we have benchmark studied over the last few years the top programs internationally, we found out that there were certain components that each program offered that was exceptional,” he added. “But comprehensively, we never found anything that was built to the level of which we’re starting.”

'This facility has it all'

During its Feb. 15 meeting, the board granted final project approval to the 142,000-square-foot facility.

“The design is just about complete,” Dan King, associate vice president for facilities, told the board. “We anticipate…we can bid it in March, award it probably by mid-May or so, and then that gives us about two years of construction to complete the project.”

Upon its projected completion in 2021, the new culinary center will provide students with a unique educational experience, complete with laboratories offered across the industry spectrum, a boutique hotel and a teaching restaurant.

“This facility has it all,” O’Neill told the Opelika-Auburn News on Thursday. “And actually, it’s very unique. There is nothing else like this on the planet. And I can say that not lightly. I can say that in an informed sense, because I’ve visited most of them and looked at what they do.”

O’Neill has seen programs all over the world, including the United States, Switzerland, Australia, Singapore and his home country of Ireland.

He said he hopes the Rane Center will attract “the very best” in the culinary field to Auburn.

The boutique teaching hotel will allow hospitality management students to gain hands-on learning experience. Unlike the Hotel at Auburn University, which has 236 rooms, The Laurel will contain only 32.

“There’s actually a dual function to the name,” van der Reijden said. “A laurel is a sense of accomplishment, achievement, but also an herb used in cooking, for balancing a dish.”

The Laurel will be a luxury hotel housing a spa on the sixth floor, and a rooftop garden will provide vegetables and herbs for food production throughout the center.

Six upper-level residences at the Laurel will be available for long-term leasing.

“Each 1,650-square-foot unit will have two bedrooms, three bathrooms, a full kitchen and space for entertaining,” according to a news release from the university. “Residents will enjoy the rooftop swimming pool and bar, full-service spa and other amenities, as well as concierge services and valet parking from the hotel.”

A different nationally-acclaimed chef will be associated with the restaurant each year, and will provide a chef de cuisine to work with instructors and students to create a restaurant of his or her own vision.

“That will allow students over the course of four years at Auburn in this program to be exposed to, and work under, four amazing top chefs that will be on their resume,” van der Reijden explained. “We see a very high interest in this, and we will be announcing who will be the first chef.”

Community members and hotel guests also will be able to experience classes and tastings in a wine appreciation center. The center will include a tasting room for 50 students who will learn under the instruction of a master sommelier or a certified wine educator.

A distilled spirits center adjacent to the wine appreciation center will contain a micro distillery for research purposes and for showing the distillation process to students. Classes will be open campus-wide.

A brewing science laboratory will include an open concept, micro-teaching brewery, tasting room and microbiology laboratory, to provide students with hands-on education in the world of craft brewing.

“This facility will expose students to all aspects of commercial beer production, such as scientific principles and facility operation, as well as technological innovation and its influence upon production methods, quality control and the sensory profile of all beer produced,” according to the university’s news release.

The Rane Center also will include a media studio where students can learn food and beverage photography and videography.

Atrium-style seating on the second floor will allow up to 80 students to view demonstrations in a culinary exhibition laboratory.

“The design of the lab on the lower level will include non-conventional cooking stations to expose students to various cooking techniques and innovative methods,” the news release reads. “The space lends itself to commercial cooking demonstrations, not only for Saturday culinary workshops, which are open to the public, but any night of the week for the community and hotel guests.”

A 9,000-square-foot food hall, known as the Heyday Market, will include a number of food vendors and a coffee bar with a small operational coffee roastery. Two vendor spaces will serve as food incubators, providing culinary science and hospitality management graduates with the space for a cost as they start and grow their restaurant before venturing out on their own.

“Culinary get-aways” will also be a feature of the new center, according to the university.

“A rotating roster of celebrity chefs will create weekend workshops using every aspect of the center, with guests staying at the Laurel, enjoying the rooftop gardens, eating in the Heyday Market and 1856, experiencing a cooking demonstration and taking a class in the exhibition kitchen and wine tasting in the wine appreciation center,” it reads.

Making possible such a facility has been years in the making, and O’Neill pointed out that it will serve an educational need and an economic need.

“You’ve got floor to ceiling glass going all the way down College and all the way down Thach, inasmuch as the facility occupies the space,” he said. “You’re looking in on kids practicing their craft in service sense, in a production sense and then in a laboratory sense, before they’re let loose in a commercial sense on customers. It’s going to be an absolute hive of activity.”

The culinary science center has an estimated $95.4 million price tag, which will come from a combination of university general funds, College of Human Sciences gift funds, and operating revenues from the hotel, restaurant, food service hall and leased living units, according to a memo from King.

In April 2017, university trustee Jimmy Rane and his family gave a $12 million gift to Auburn for the building. The culinary science center will bear the names of his parents, Tony and Libba Rane.

The university seeks to raise an additional $13 million in philanthropic support through naming opportunities within the building, according to the news release.

“It’s going to be a very disruptive summer on that corner,” King told the trustees during a work session earlier this month. “But that has to be done for us to put a building on top of it. We’ll be doing a lot of site utility work.”

The board approved as a separate project from the Rane Center an estimated $5.4 million northeast campus utility expansion. The project will extend campus chilled water, hot water and electrical utility infrastructure across South College Street in support of university facilities on the east side of the street.

The proposed schedule for the Rane Center is to begin construction in May and finish the project in April 2021.

“It’s everybody’s goal to break ground on a new facility,” O’Neill said. But that’s not what he said he expects to be the most rewarding aspect of the project personally.

“Students, when they come through this and when they graduate, they are going to be second to none, because of the very good mix of hands-on and traditional theory that we’re going to be able to present to them,” he said.

While many graduates of Auburn’s Hospitality Management program already receive job offers before graduation, O’Neill said, the offerings from the new culinary science center will raise the bar.

“Look forward to a new standard of hospitality and a very differential service experience – not just in that center, but in the Auburn community and the wider Alabama community, as an outgrowth of the activity that we will be engaging with educationally in the center,” O’Neill said.