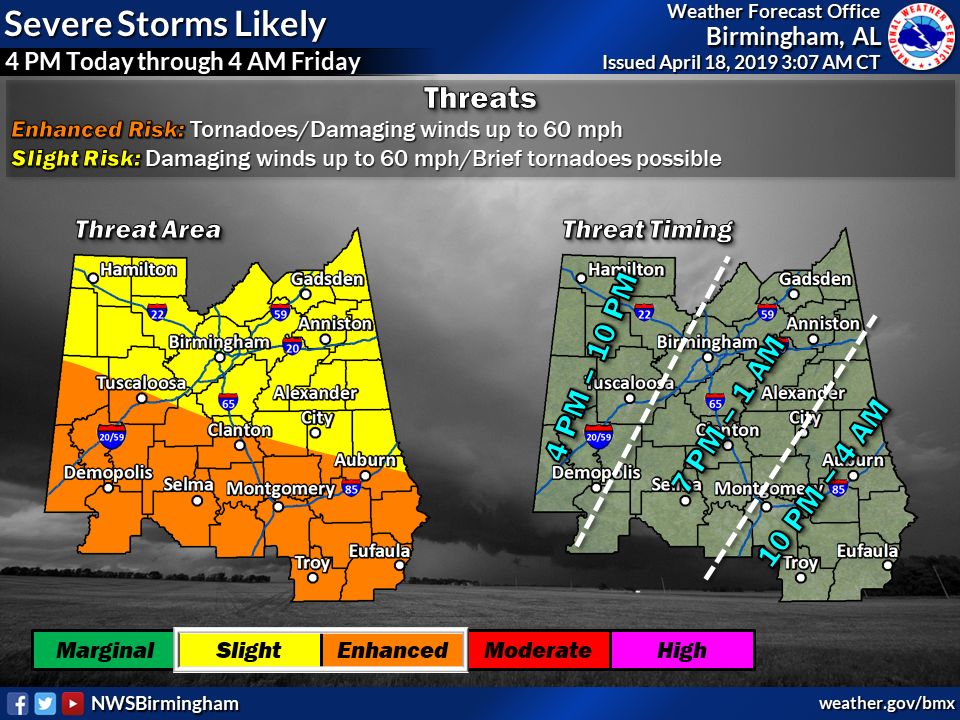 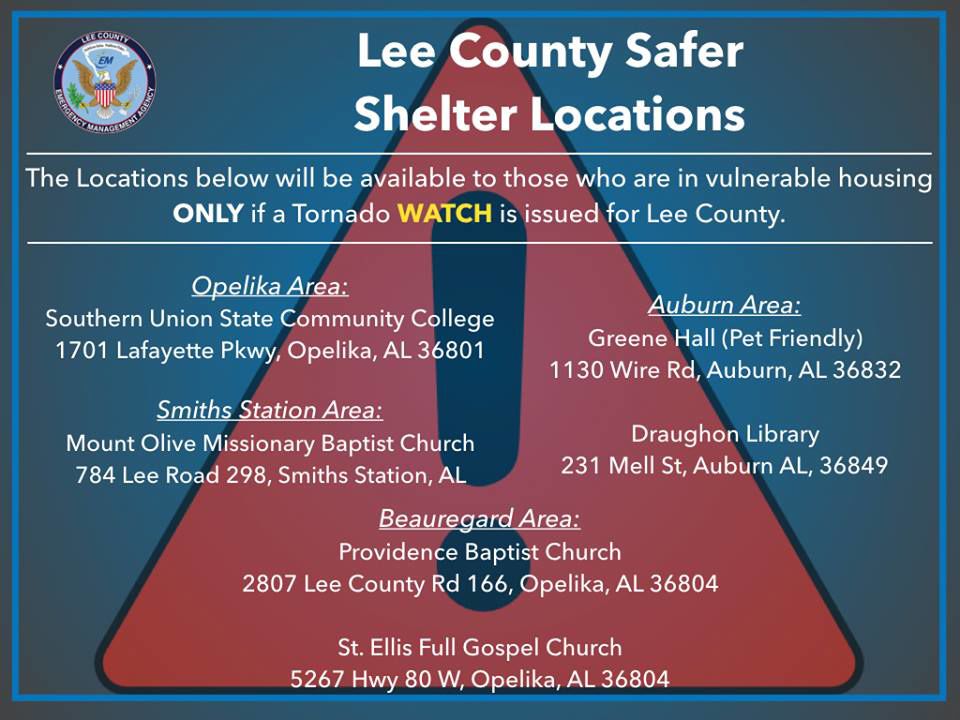 A broken line of thunderstorms is anticipated to move through Lee County between 10 p.m. and 4 a.m., bringing the possibility of damaging winds, tornadoes and flooding, according to the National Weather Service.

“The greatest threat is going to be the possibility of some damaging straight-line wind up to 60 mph,” said Gary Goggins, meteorologist for the National Weather Service Birmingham. “There is also a threat of some tornadoes in there as well. Localized flooding is not out of the question as well.”

The time frame of the storm system arriving is uncertain, however, storms could arrive as early as 10 p.m. Thursday.

“Right now we have as early as 10-11 (p.m.) and as late as 3 or 4 o’clock tomorrow morning,” said Goggins. “There is a little bit uncertainty with the time frame there (Lee County) tonight.”

Due to the storms arriving at night, Goggins feels that it is especially important for Lee County residents to have a severe weather plan in place and have multiple ways to receive weather alerts throughout the night.

Goggins also stressed that residents should not rely on tornado sirens for warnings because they are for outdoor warnings only.

If a tornado watch is issued, several safe-shelter locations will open in Lee County, according to the Lee County Emergency Management Agency (EMA).

The following places are designated safe-shelter locations by the Lee County EMA in Lee County and will be open only if a tornado watch is issued for the county:

Officials urge Lee County residents to sign up for EMA alerts and to be notified if a warning or watch is issued.

Residents can sign up for Lee County EMA alerts online at www.leecoema.com.

Once storms move out of the area temperatures will drop and will remain cool in the coming days, according to Goggins.

Lingering showers and wind are also expected during the day on Friday. However, the temperature will warm back up in time for Easter.

“We’ll have another warm up by Sunday back into the mid-70s,” said Goggins.