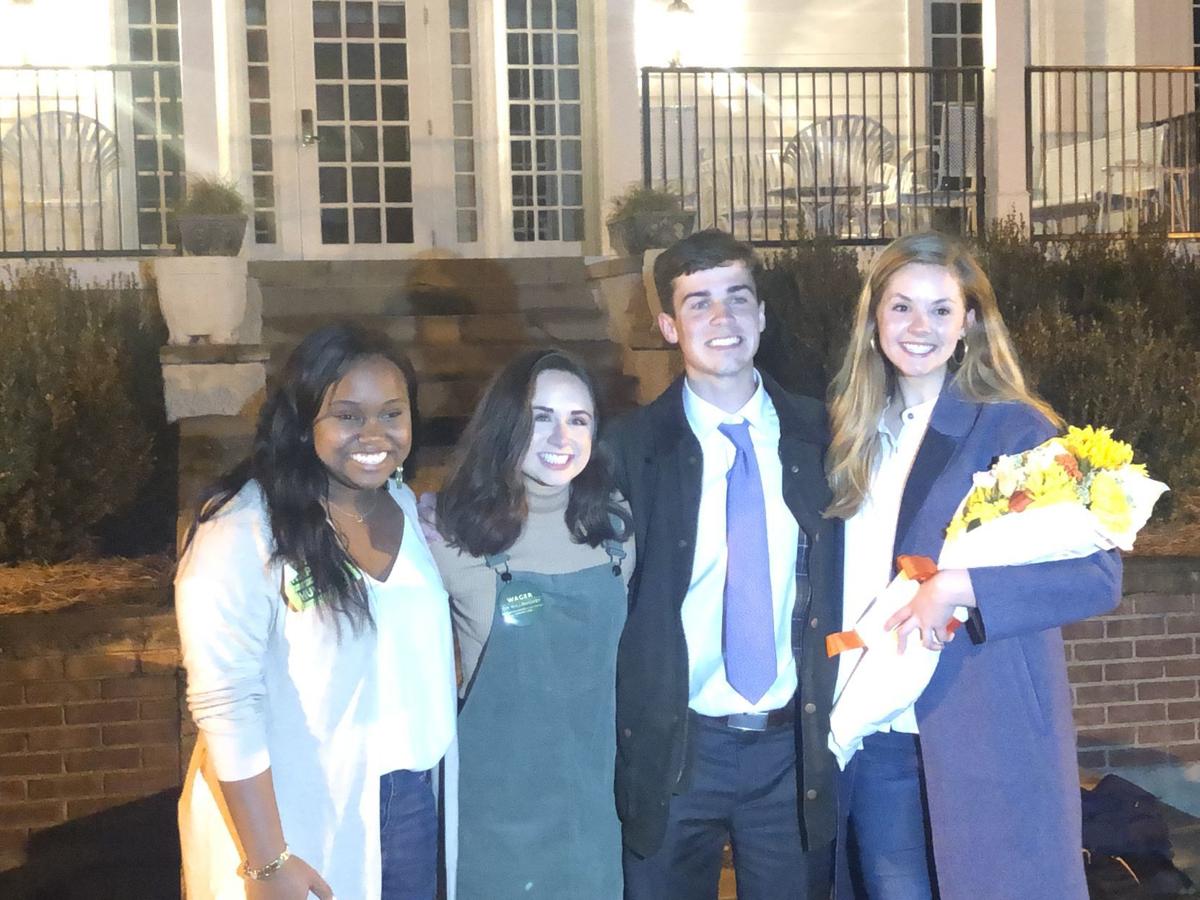 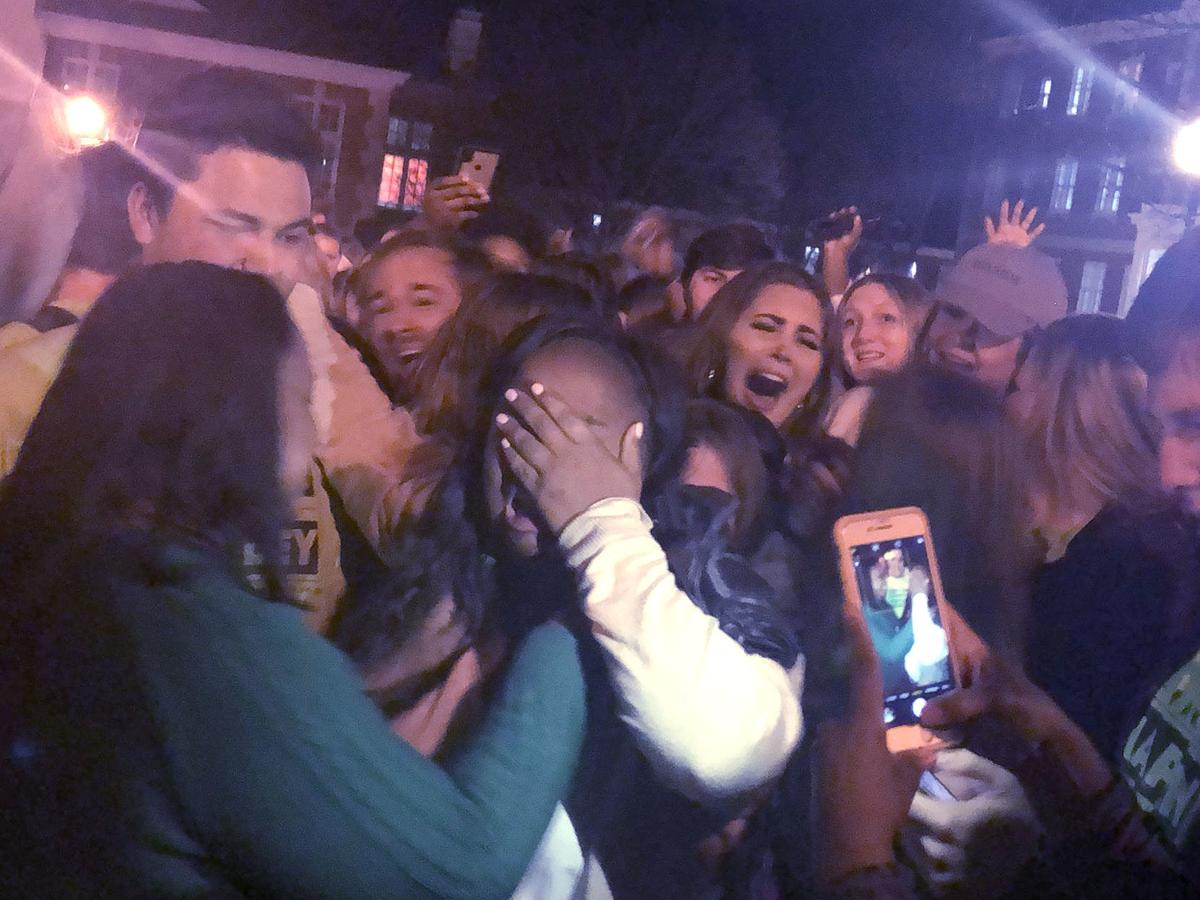 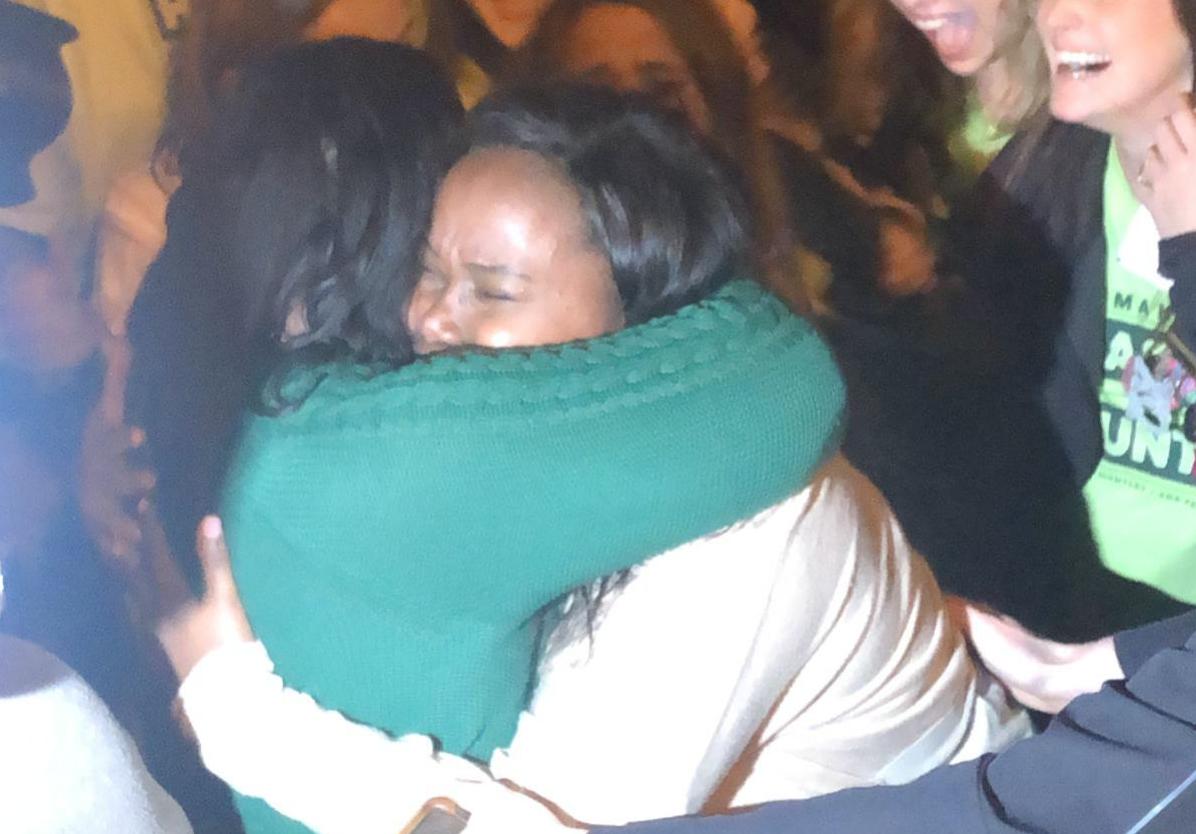 Ada Ruth Huntley made history when she was elected as the first African American female SGA president Tuesday night.

Huntley burst into tears after hearing her name called from the top of the steps behind Cater Hall, surrounded by screaming friends and supporters who surrounded her in excitement.

Tears streamed down her face as she hugged her mother, burying her face in her shoulder.

Huntley has been involved in student government since her freshman year at Auburn, joining Freshman Forum.

Her campaign slogan for SGA president was “Make it Happen with Huntley.”

“This campaign is all about the Auburn family,” she said in her platform. “It is about recognizing that every member of the Auburn family brings something amazing and special to the table. It is about meeting these individual members where they are and taking the time to understand where they come from. It is about doing everything we can to make an already good Auburn experience a great one.”

The way SGA elections are announced at Auburn University is callouts. This annual tradition is held behind Cater Hall on campus where candidates and their teams gather together while waiting for the results. When the winners’ names are called, cheering and screams fill the lawn from the campaign teams.

Only 38.81 percent of Auburn University students voted in the SGA elections, which is just over 11,000 voters.

“I’m just feeling so overwhelmed and so blessed,” Huntley said after her name was announced. “This really just took a community because I’m such a nontraditional candidate by every way shape, form or fashion of the word.”

Campaign Week at Auburn University requires a lot of time on the concourse, wearing brightly colored shirts and handing out buttons, pamphlets and encouraging students to vote.

“The way people have rallied and gotten behind this mission and this platform and I, literally, like this is not me at all, this is a testament to the most incredible team of people down there who have given up so many late nights, and so many early mornings,” she said.

Huntley said that she and her team are sleep-deprived but that she’s ready to get to work and get started.

This election is not just special to Huntley, but also to her mom, Liz Huntley. Liz ran for SGA president at Auburn University in 1992. Liz would have been the first African American female SGA president; now her daughter carries the title that she did not win.

“Just hugging her in that moment was literally so surreal and this still does not even feel real,” the new president said, referring to catching a moment with her mom before walking up the steps behind Cater Hall.

Liz is now a member of Auburn’s board of trustees. She said that she did not push student government on her children, wanting them to find their own paths at the university.

“Whatever my children wanted to do was fine and I was going to support them,” she said. “When (Ada Ruth) made Freshman Forum her freshman year, she was hooked and she wanted to be a change agent on campus and get involved.”

Liz reminded her daughter that should she not win, it would be OK. She had lost her election in a run-off.

Former SGA president, Mary Margaret Turton, who was elected last year, came to the callouts in support of the future SGA officers.

“First of all, I’m so proud of Ada Ruth,” she said. “She’s done an incredible job representing Auburn and representing what it means to be a student leader on this campus throughout this week.”

“And her heart behind it is a really beautiful thing and I can’t wait to go through this transition and love her and support her throughout her entire year.”

“I’m so thankful,” he said. “I mean, I’ve loved Auburn my entire life and to be able to be up here is amazing.”

“I could not have done this without any of my fraternity brothers, my parents, my family and most of all my campaign manager, Sally, and my girlfriend,” he said.

SGA treasurerCaroline Willoughby won the SGA treasurer position after running against one other candidate, Michael Thomas.

“The Student Government Association treasurer oversees all aspects of the SGA budget, working with each member of Cabinet to ensure the needs of their programs and projects are met,” the SGA website said. “The SGA treasurer also works in coordination with the Budget and Finance Committee to establish all documentations and dates for Budget and Finance hearings.”

Willoughby campaigned with two main goals, to help students become more aware of how to save money while shopping in Auburn and helping students create budgets.

“After this week, I truly feel the love and support of the Auburn student body in a way I haven’t before,” she said. “And I truly feel empowered to help them manage their money and save their money and feel like I can really help them in a way that hasn’t been done before. And I feel that past treasurers have done a great job, but I’m so excited to help the individual student in a way that I didn’t think I would get a chance to.”

Miss AuburnCat Bryant was announced as Miss Auburn Tuesday night, winning out of a field of five.

The Miss Auburn representative is the hostess of the university, serving alongside the War Eagle Girls and Plainsmen.

“It’s been incredible,” Bryant said. “This week, I was talking with my team, we were like, no matter what happens, it’s been unreal. I still feel like the random girl from Texas … so to make it this far and have these incredible people around me, this awesome team, especially the women of Alpha Delta Pi, it was worth it, being loved like I’ve never been loved before.”