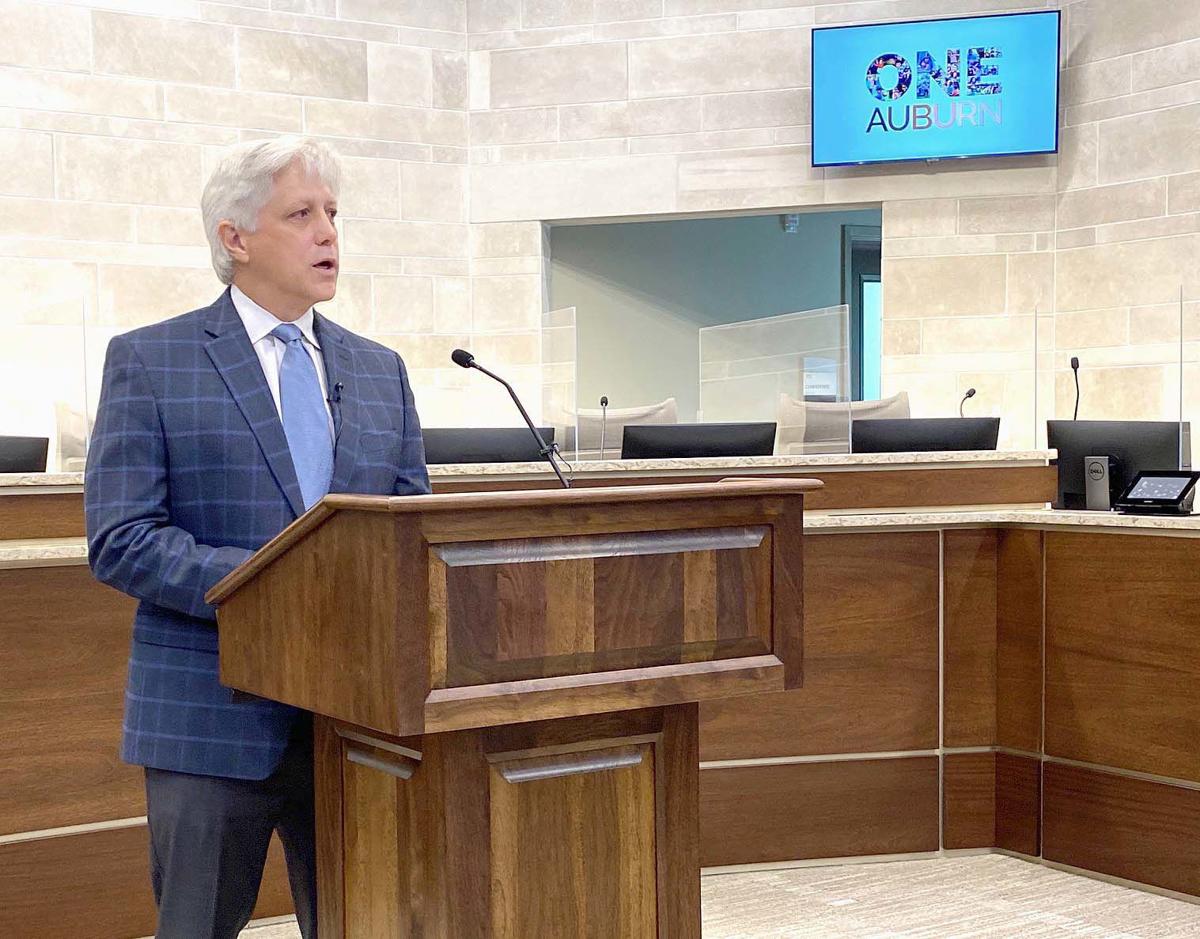 Auburn Mayor Ron Anders on Tuesday launched One Auburn in the city's new council chamber on Ross Street. The five-phase plan is aimed at improving race relations in the city. 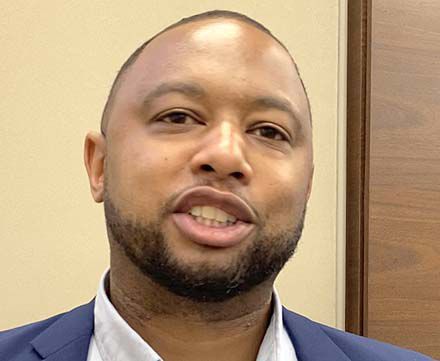 Ron Anders says he is ready to listen, and he thinks the rest of Auburn will do the same.

The Auburn mayor launched his One Auburn initiative Tuesday, a multi-pronged approach to address and improve community relations. He said he was heartened by the peaceful nature of the recent protests at Toomer’s Corner, but he acknowledged that the city can and should do more to improve relations between black and white residents.

“Today, I ask our community to put aside some time to free yourself up and to make your community better. … It’s time for us to better recognize that we don’t live in a perfect town and there are real struggles here,” Anders told local media at a late-morning news conference.

One Auburn is a five-stage plan:

One Recognition — Anders signed a proclamation commemorating Juneteenth, which he called a first step for the city to acknowledge the importance of it and commit to do more to celebrate it in future years.

One Read — residents are invited to participate next month in a citywide reading program that aims to foster small-group discussions. Anders has selected the book “Under our Skin” by former NFL tight end Ben Watson as the primary title, along with a short list of alternative books to be found at the city’s library. Anders will appoint a number of group leaders to organize book groups to discuss those books, as well as others suggested by community members.

One Conversation — Anders will facilitate conversations with different community members in a video series that will provide a platform for discussing and sharing experiences related to diversity in Auburn.

One Meeting — Anders will host a town-hall panel discussion this fall in which community members will discuss all aspects of One Auburn and the conversations it has included.

One Project — The city plans to build an African American heritage center dedicated to preserving the history and experiences of the black community in Auburn and Lee County. The heritage center will be on an expansion of the Boykin Community Center property in northwest Auburn using city property that today houses the Public Works and Environmental Services departments.

“It’s a great opportunity to acknowledge history in our community, too,” Oliver said, referring to the museum plan.

The museum will be a commemorative replica of the Rosenwald schoolhouses built in the early 1900s for black children in the rural South. It will include an archives for local families, pioneers, churches and social and political organizations. The planning process will be public, with Anders promising more details soon.

One Auburn is a sign of progress, said Oliver, but he admitted that not everyone is going to get aboard with this plan.

“Some don’t want to listen. Some don’t think this conversation should be had. Some don’t even acknowledge that there is a problem at all and some think the problem is we think it’s a problem,” said Oliver.

More details will be announced at news.auburnalabama.org and on social media @CityofAuburnAL as each phase of One Auburn progresses.