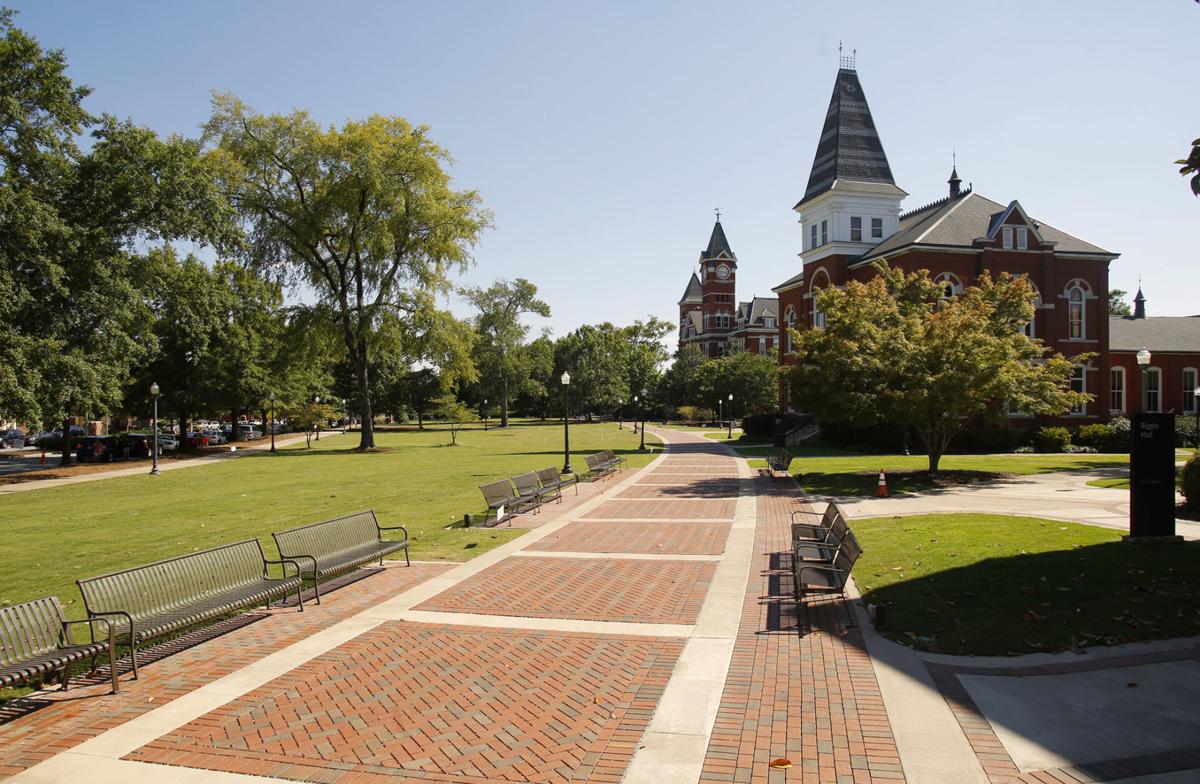 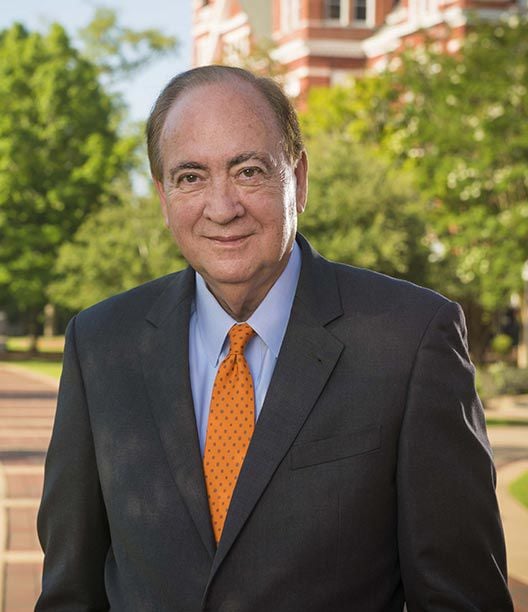 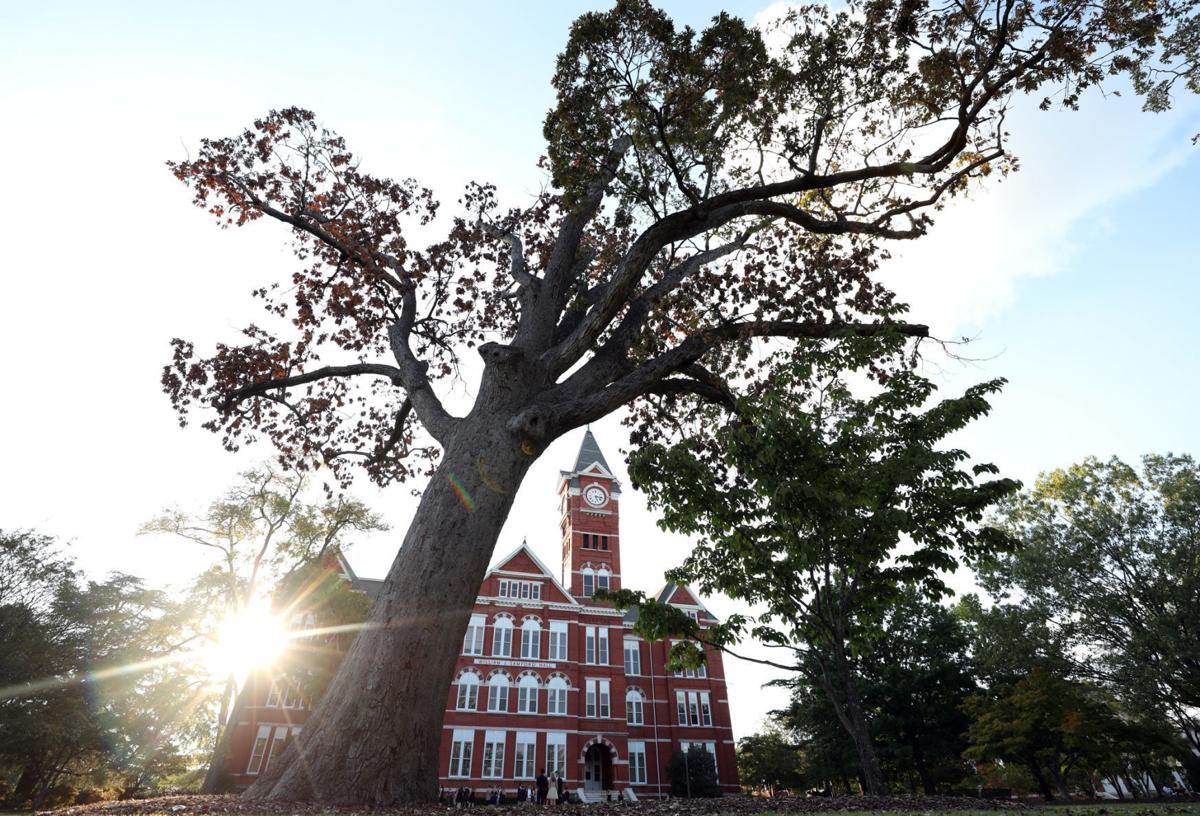 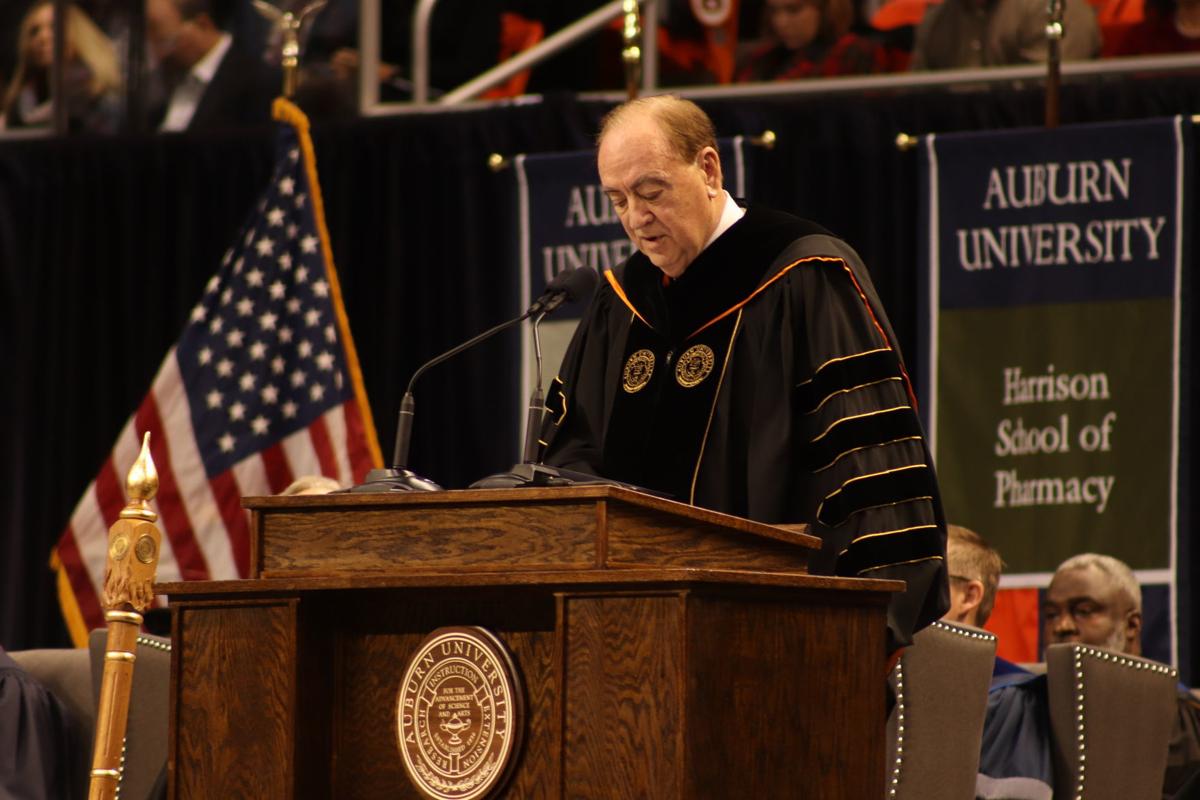 Interim President Jay Gogue presided over the Fall 2019 commencement ceremony and shook each student's hand as they crossed the stage.

Interim President Jay Gogue presided over the Fall 2019 commencement ceremony and shook each student's hand as they crossed the stage.

Gogue ran Auburn University from 2007-17, then stepped back into his old job in July 2019 when his successor Steven Leath resigned under criticism for his job performance at Auburn.

“This is where we (Gogue and his wife, Susie) will retire, and I have continued to teach class every year, so I was planning to be back this fall to actually teach — I teach a course over in the College of Education,” Gogue explained. “I was out in Arizona trying to river fish and got a phone call from the board chair (Wayne Smith) just saying that they were going to make a change here and would I be willing to come back for a while, and I said, ‘Sure.’”

The unretired administrator recently sat down with the Opelika-Auburn News to discuss what he plans to do this time around.

“About every five years, we do what I’d call the strategic plan to try to lay out some targets that we’re going to achieve, that we hope we can get done in a five-year period of time,” he explained. “I’ll remember my first one (in 2007). We laid out of number of targets and we hit the recession almost immediately, but I was really impressed.

“The faculty and the campus completed about 80-83 percent of our goals. We didn’t reach them all, but they had done extremely well.”

Working in part off the planning process Leath started during his two-year tenure, Gogue has important goals for Auburn University to work toward, including:

“If we’re going to do it, the timing seems to be ripe now with the economy where it is — if we can get the Washington groups (Congress, White House) to not have continuing resolutions, but to actually approve the budgets,” he said.

Searching for more private partnerships, like the decades-old relationship with heavy-equipment maker Caterpillar, is another big priority. Gogue said Auburn’s forestry and fisheries programs could be magnets to attract more corporate partners.

» Developing closer ties — “We met last week with Tuskegee (University) and a group of faculty from there,” Gogue said. “We’re trying to say: ‘Look guys. We’re only 17 miles apart. There’s some opportunities for us to do a bit more interaction than we’ve done in the past.’

“There’s always been some good relationships in the College of Education, Veterinary Medicine, Pharmacy and Agriculture, but we’re trying to expand it into some other areas … we haven’t worked as closely as I would argue that we ought to be.”

» State support — “From what I read in the paper and what I hear from them (state officials), they’re raising about a billion dollars a month now, so the budget will be close to $12 billion, would be my guess,” he said. “If that’s the case, we should have another good budget year next year.

“In fairness to the Legislature, I think they sort of believe the old values that education does make a difference and that it’s important long-term to the state.”

» Cooperative Extensions — “The function that deals with outreach — land grants have a responsibility statewide,” Gogue noted. “How do we deal with our Cooperative Extension programs? We have offices in every county in the state, so how do we make sure we’re delivering the kind of programs that communities consider important?

“We also have an outreach office that does things that are broader, if you will, so they do a lot of work with government agencies and training.”

Auburn University’s role in the local community also has Gogue’s attention. The university is in the early stages of renovating much of its dormitory space, fixing up newer spaces and phasing out older facilities like the Hill. Senior Vice President for Student Affairs Bobby Woodard has approached off-campus student housing operators about leasing and operating their properties.

“We have a problem, because have we more demand than we have beds,” Gogue noted.

Even with the board of trustees reaffirming the university’s goal of keeping freshman class sizes at, or under, 5,000 per year, the university may need to rely more on off-campus housing until on-campus facilities are refitted.

Gogue’s office is in weekly contact with Auburn Mayor Ron Anders and his staff. However, he acknowledges that many city residents already feel as if their town is being swamped with college students.

The fact is, Gogue pointed out, that town and gown need one another.

“We try to share and work together, and I’m sure we’ve fussed with each other sometimes, but it’s mostly a good relationship.”

The university’s board of trustees is expected to remove the word “interim” from Gogue’s title when it meets again in February.

Faculty members appear to welcome the move, which will make it easier for him to participate in various state higher- education and economic efforts, as well as give the trustees time to ramp up yet another national search for yet another successor to Gogue.

“When you go to school here and you have a lot invested here, you just want to see it go well,” he said. “If it can go well with me gone, I’m OK with that.