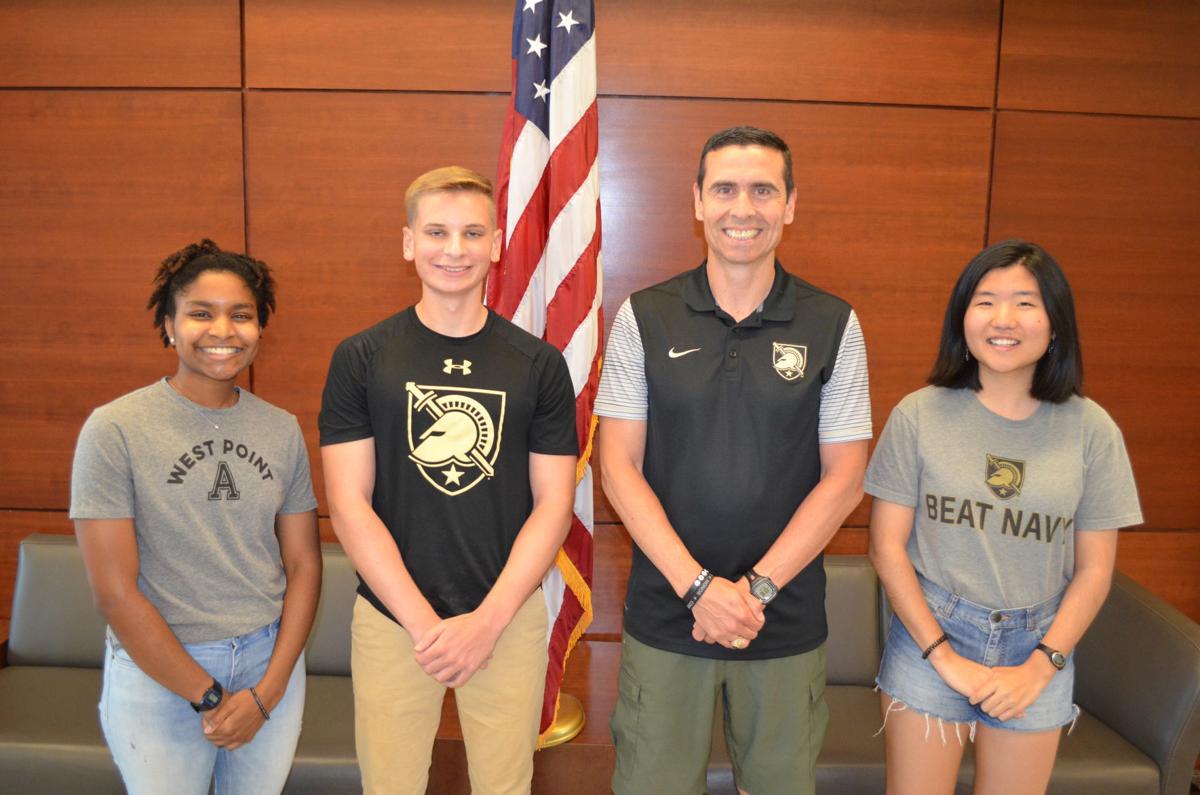 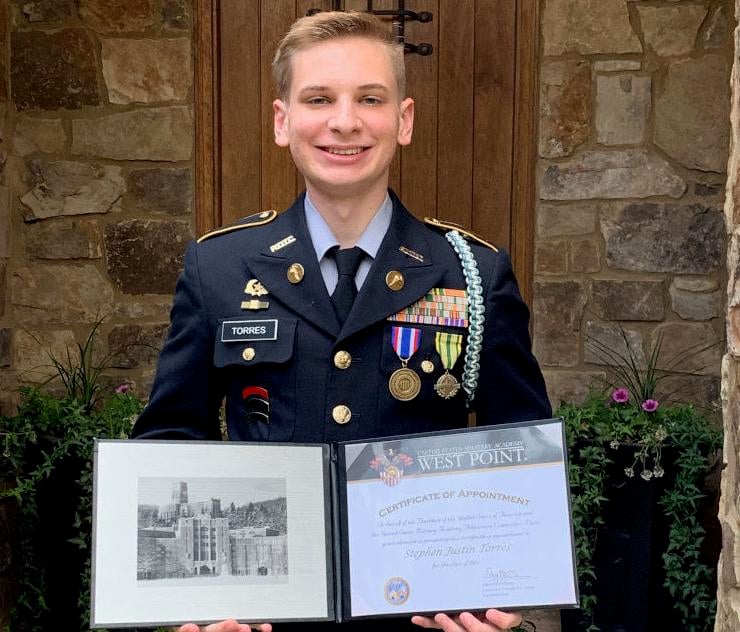 Justin Torres is the fifth Auburn High School Alumni that will be attending West Point in the fall. 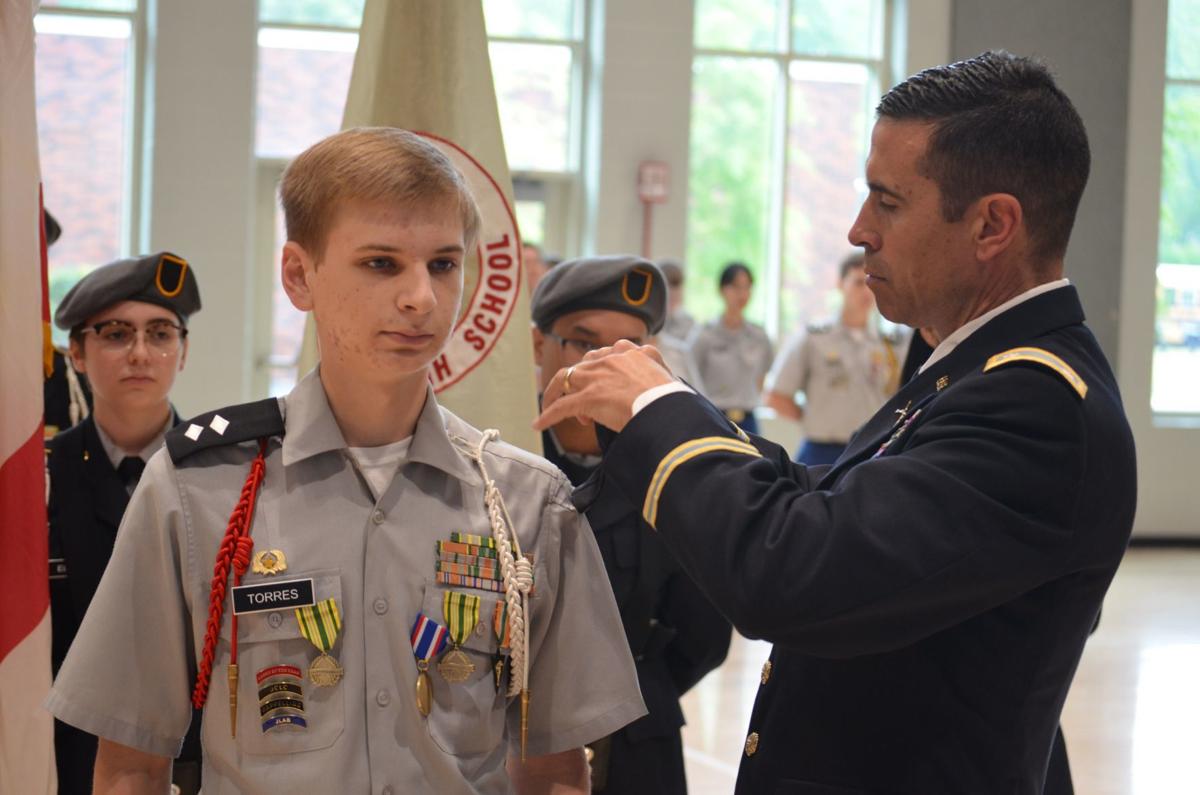 Justin Torres was recognized at the JROTC Award Ceremony in 2019. Torres will be the fifth alumni from Auburn High School attending West Point in the fall. 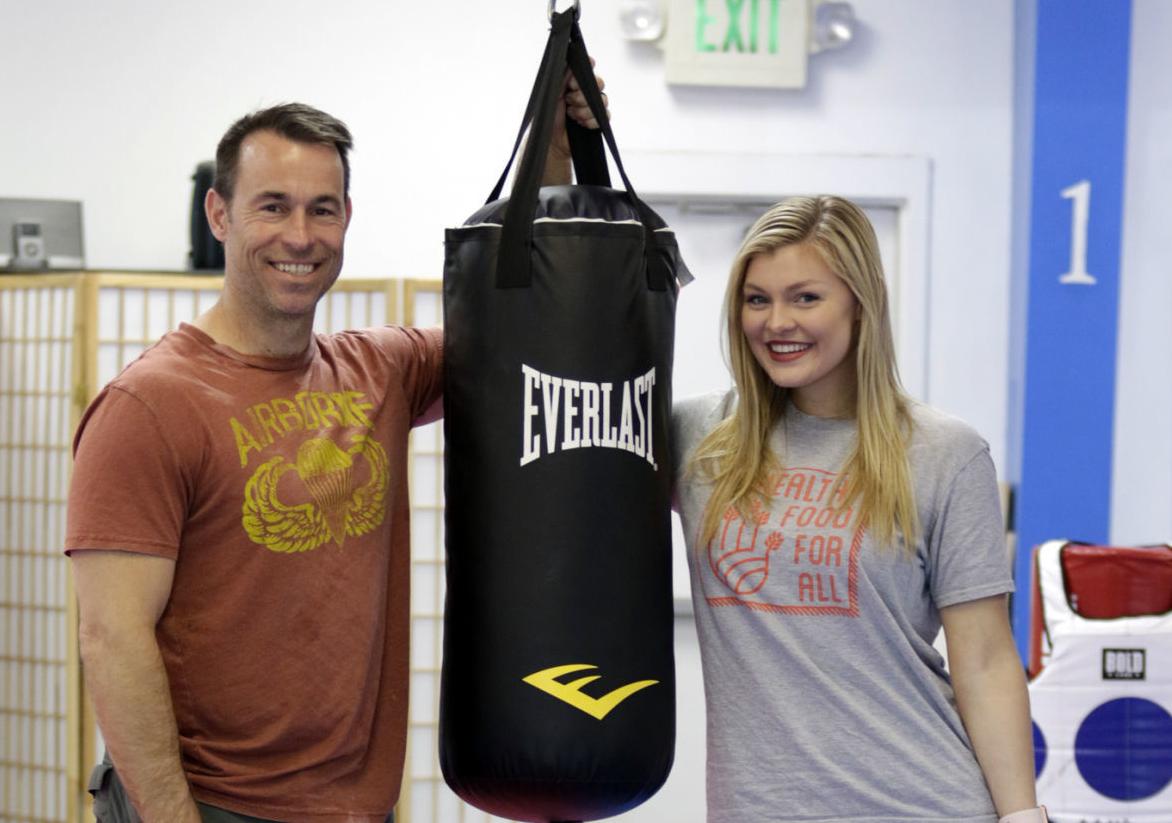 Patrick Baeder and his daughter, Jessica Baeder, pose for a photo inside Auburn Academy of Martial Arts.

Justin Torres is the fifth Auburn High School Alumni that will be attending West Point in the fall.

Justin Torres was recognized at the JROTC Award Ceremony in 2019. Torres will be the fifth alumni from Auburn High School attending West Point in the fall.

Patrick Baeder and his daughter, Jessica Baeder, pose for a photo inside Auburn Academy of Martial Arts.

Justin Torres received his diploma, took his last final and is ready for his next step: West Point.

This is why it is so surprising that Auburn High School has sent five cadets to West Point over the last few years.

Torres joined JROTC his sophomore year of high school and jumped in with both feet, joining the physical fitness team and the drill team.

Before graduating, Torres had risen to the rank of battalion commander. West Point was originally not on Torres’ horizon — the Naval Academy was.

“I initially wanted to go the Naval Academy ever since I was in middle school,” he said. “But that recently changed after I visited West Point this past year.”

Torres plans to study political science while in school.

Many children might not dream of the Naval Academy in middle school, but Torres family has been in the military for years.

“My father was an Air-Force officer for 20-plus years, served in some of the Middle East conflicts,” Torres said. “And then my grandfather was actually an Army officer, served in Vietnam. And then many other relatives and ancestors that have served throughout the years.

“Just growing up in a military family and a from military background, it’s definitely inspired me to pursue that career.”

Torres is one of several to move from Auburn High School’s JROTC program to West Point.

“JROTC definitely prepared me for West Point,” he said. “Most notably just the leadership, education training I got through it, all the experience I got as a leader, as a mentor.”

There will be new challenges and opportunities for Torres at West Point, but there are former Auburn grads that paved the way for him.

“They’re just great people,” Torres said. “They’ve given me such great advice about to go into my first summer there at West Point and undoubtedly they’re going to be some of the best mentors I could ask for while we’re there together.”

LTC Tony Benitez taught most recent West Point cadets in JROTC and served as a general resource for interested students.

Benitez attended West Point before spending 22 years in the army.

“I think we do a really good job of educating the students here,” he said. “… (I) put them in leadership positions within the battalion to kind of stretch their limits. They need to be able to develop teams, provide direction and perform under stress and we give them all the opportunities to do that.”

When Torres arrives at West Point, he will be one of five currently attending the academy. Three of those five were a part of JROTC.

Surin Jang, unlike Torres, has no family background in the military. She joined JROTC for fun, she said, but three years later she is attending West Point.

“I was very surprised when I got in, because West Point was my dream school when I was applying to colleges,” she said. “It wasn’t a school where I thought I would probably get in.”

Jang said that JROTC shaped who she was and changed her overall. She recommended any student consider joining the program.

“The exposure it gave me, it was like a vaccine almost,” Jang said. “It’s obviously not going to prepare me for everything at West Point but the main things, such as having integrity, working with groups of people and having morals — it just set the right mentality for me to go to West Point.”

She offered advice to Torres and any other future West Point students.

“There are a lot of things that help prepare people for West Point, but you’ll never going be fully prepared when you enter,” she said. “(Students should ask) the questions in (their) freshman year, learning from the upperclassmen helps.”

AHS has also produced cadets at West Point that were not a part of JROTC.

“Even though I was not in JROTC, I received a lot of help and support from the leaders in the program once I let them know I was interested in applying,” said Jessica Baeder. “LTC Tony Benitez helped me get into the best physical shape I could be in before reporting to West Point. There is a lot that goes into the packet when applying to West Point, and LTC Benitez helped to make sure my packet was the best it could be. I am so appreciative of all the people who have supported me and helped me along the way.”

“You have to do a lot of preparation and really manage your time well and develop good critical thinking skills,” she said. “On top of that, everyone has military leadership responsibilities and participates in sports and fitness … To be successful at West Point it is important to know how to balance all of the different demands on your plate when there are only 24 hours in a day. AHS teachers and administrators taught me a lot about managing challenging schedules and the importance of building a support network.”

Baeder found other ways to occupy her time in high school — including running for, and winning, Miss America’s Outstanding Teen in 2017. Her mother has competition in her veins as a former Miss North Carolina. On the other side of things, her father served as an Army ranger. The military side of the family won out.

Baeder recommends any incoming West Point student take the time to get to know the other students and people around them.

“Take time to connect with your roommates, your company mates, your teammates, and your classmates,” she said. “The people around you will help you get through all the challenges of West Point. No one is perfect at everything, and West Point will highlight those things that you struggle with. This should not discourage you, this should make you determined to be better and work harder.”

“Throughout my high school career, I had various coaches, teachers and mentors who encouraged me to seek out an appointment to West Point,” he said.

Wages reminded Torres, or other incoming West Point students, that the experience is unique and unlike other colleges.

“West Point has earned the trust and respect of the American people in large part due to the difficulty of attending the institution,” he said. “In dealing with these challenges, it is important to lean on classmates, mentors and family that will encourage you to continue to demonstrate excellence even when the circumstances are less than ideal.”

Torres will be leaving in a matter of weeks to join his fellow Auburn High School alumni.

“I think the most rewarding part is just knowing that I brought great honor on our program,” he said. “This is the third year that our school has sent a student or cadet to West Point. And I think that’s a huge thing that you really don’t see across high schools in America.”