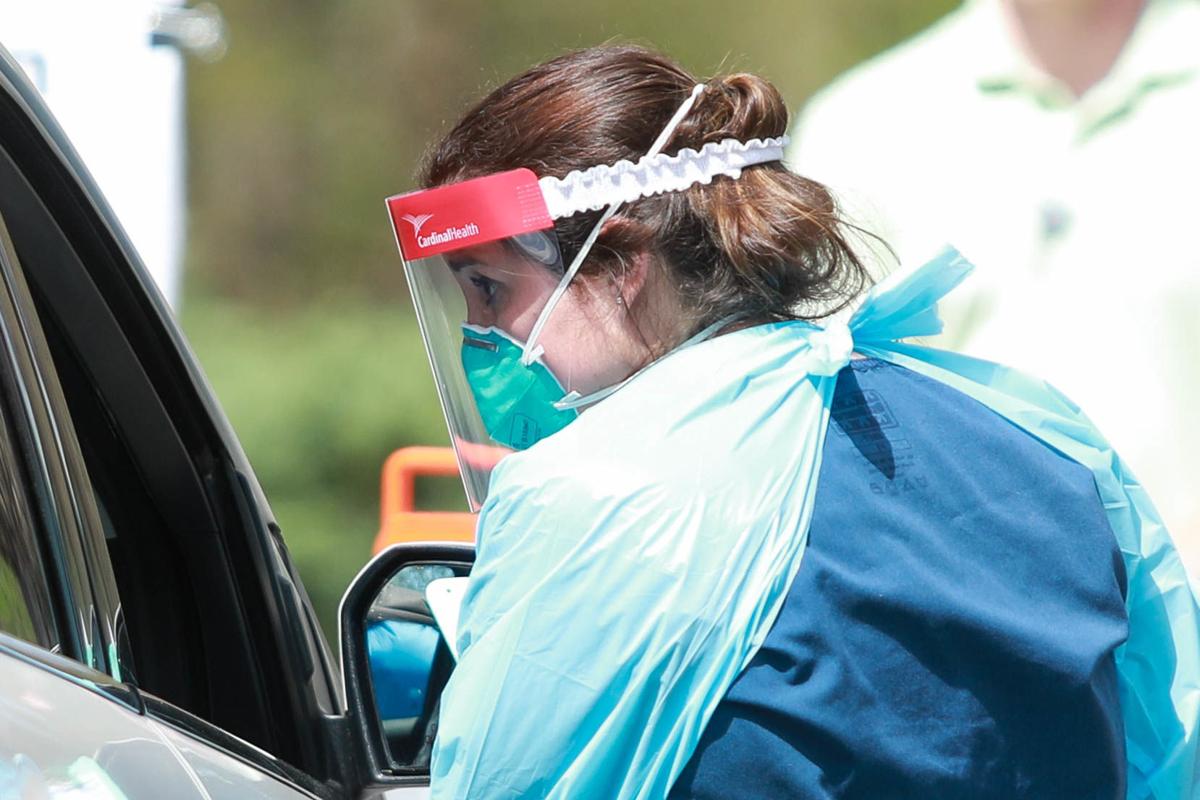 East Alabama Medical Center nurse Mindy Holderfield explains the test to a coronavirus testing patient at the drive-thru testing center located at the old Health Plus Fitness Center in Auburn. 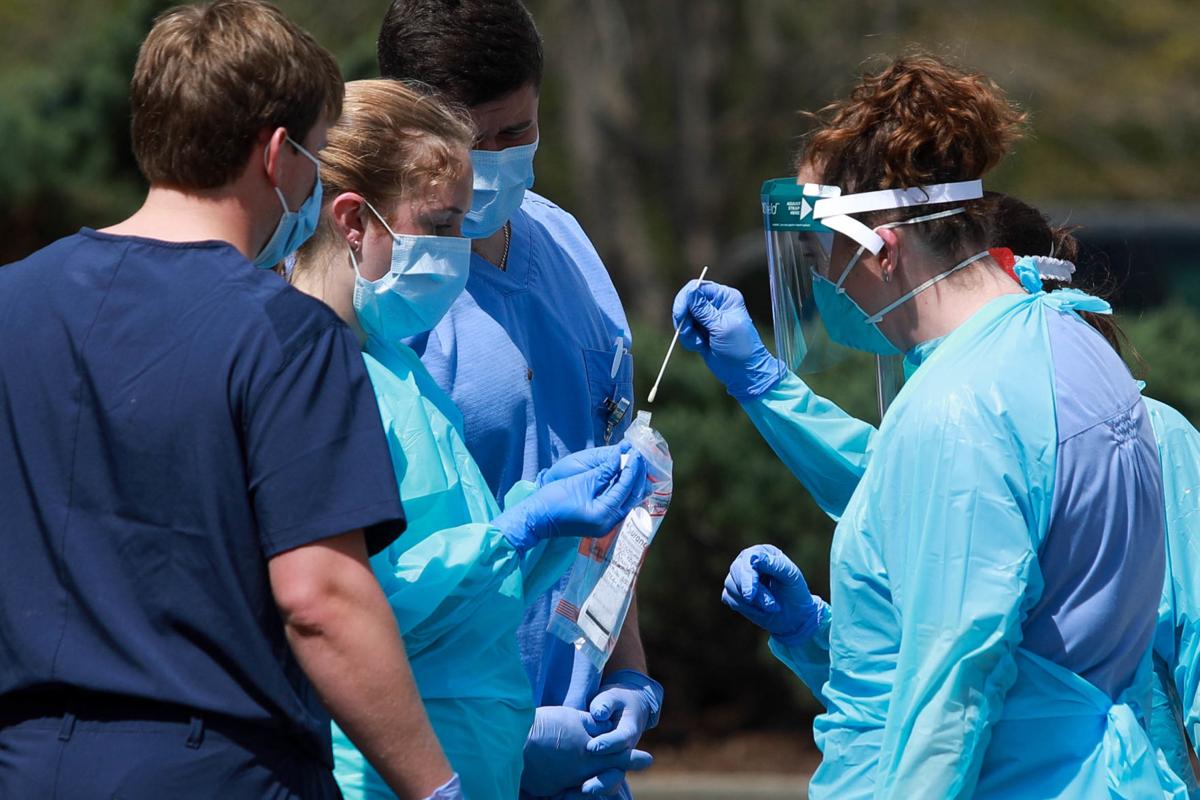 East Alabama Medical Center nurse Mindy Holderfield explains the test to a coronavirus testing patient at the drive-thru testing center located at the old Health Plus Fitness Center in Auburn.

East Alabama Medical Center’s patients with COVID-19 increased Wednesday, as did the number of confirmed cases in the area.

There are nine patients hospitalized at EAMC with the coronavirus, including one from a nursing home. There are 25 more patients who are being treated for suspected COVID-19, EAMC said.

Meanwhile, an employee and a patient at an Opelika rehab center have tested positive for COVID-19 this week.

Arbor Spring Health and Rehab Center was notified Monday that a patient tested positive for the virus after being sent to East Alabama Medical Center over the weekend, according to a news release issued Wednesday by the company.

The patient remained at EAMC as of Wednesday night.

“After receiving the diagnosis, we immediately contacted the Alabama Department of Public Health and the Lee County Department of Health and had already begun implementing additional protocols to help ensure the safety of our resident and employees.”

Arbor Springs had already implemented safety measures to limit residents’ exposure to visitors and contact with each other, the release states, and was following CDC and ADPH guidelines.

Testing is planned for all employees and residents.

“The well-being and safety of our residents has always been and still remains our top priority,” the release reads. ‘We have contacted the families of our residents and are very much appreciative of their patience and understanding during these times.”

There are now 40 confirmed cases of COVID-19 in Lee County. Russell County also confirmed its first case of the virus, according to the Alabama Department of Public Health.

Chambers County has 10 confirmed cases, and Tallapoosa County has four.

There were 29 confirmed cases in Lee County, seven in Chambers County and three in Tallapoosa County as of Wednesday morning.

One patient who was previously hospitalized with COVID-19 has been discharged, EAMC added.

The number of confirmed cases in Alabama has soared to 386, a 103 case increase from Wednesday morning.

The hospital has submitted a total of 703 collection kits to labs from the HealthPlus testing site since it first opened.

EAMC has submitted about 800 collection kits total, which includes the EAMC-Lanier collection site and the emergency department at both EAMC and EAMC-Lanier.

Testing at both the HealthPlus and EAMC-Lanier drive-thru testing sites will continue daily by appointment only, however, testing availability is based on available supplies, EAMC said.

Appointments can be made through the 334-528-SICK hotline.

EAMC President and CEO Laura Grill and EAMC-Lanier Administrator Greg Nichols met with local leaders Wednesday via conference call to provide a mid-week update on the COVID-19 situation in the organization, the hospital said.

The hospital continues to ask area residents to shelter in place at home in order to help stop the spread of the virus.

Small-business helpThe Auburn City Council will meet at 2 p.m. today to discuss setting up a loan program to help the city’s small businesses while their sales are down due to the COVID-19 outbreak.

The meeting will be held using the video conferencing platform, Zoom.

Details on watching the meeting will be posted at auburnalabama.org/agenda.

Hannah Lester and Mike Eads contributed to this story.