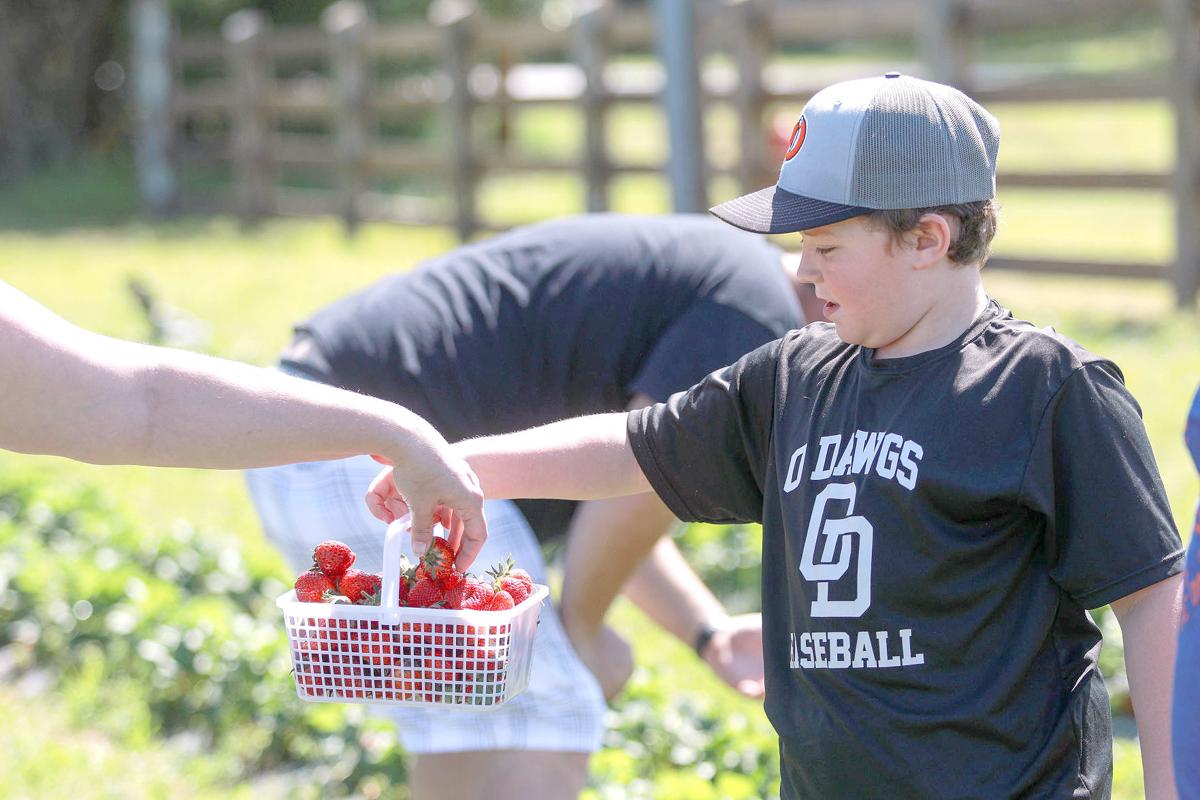 Jackie Bryant, left, places strawberries in the basket being held by Eli Meadows, right, at Lone Oak Farm in Notasulga on Thursday. 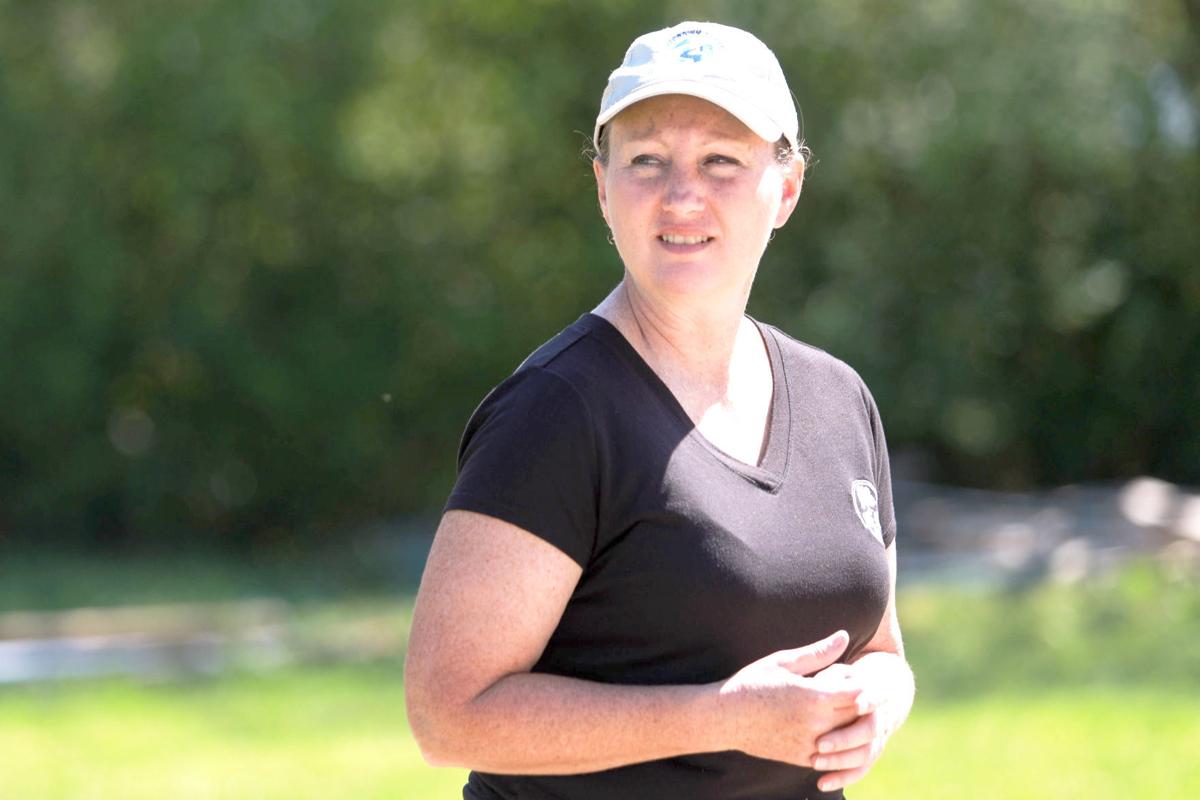 Lone Oak Farm owner Dawn Smith takes pride in what she does on her farm. Smith and her husband, Tim, bought the 40 acres of land two years ago when it had nothing but an old barn on it. 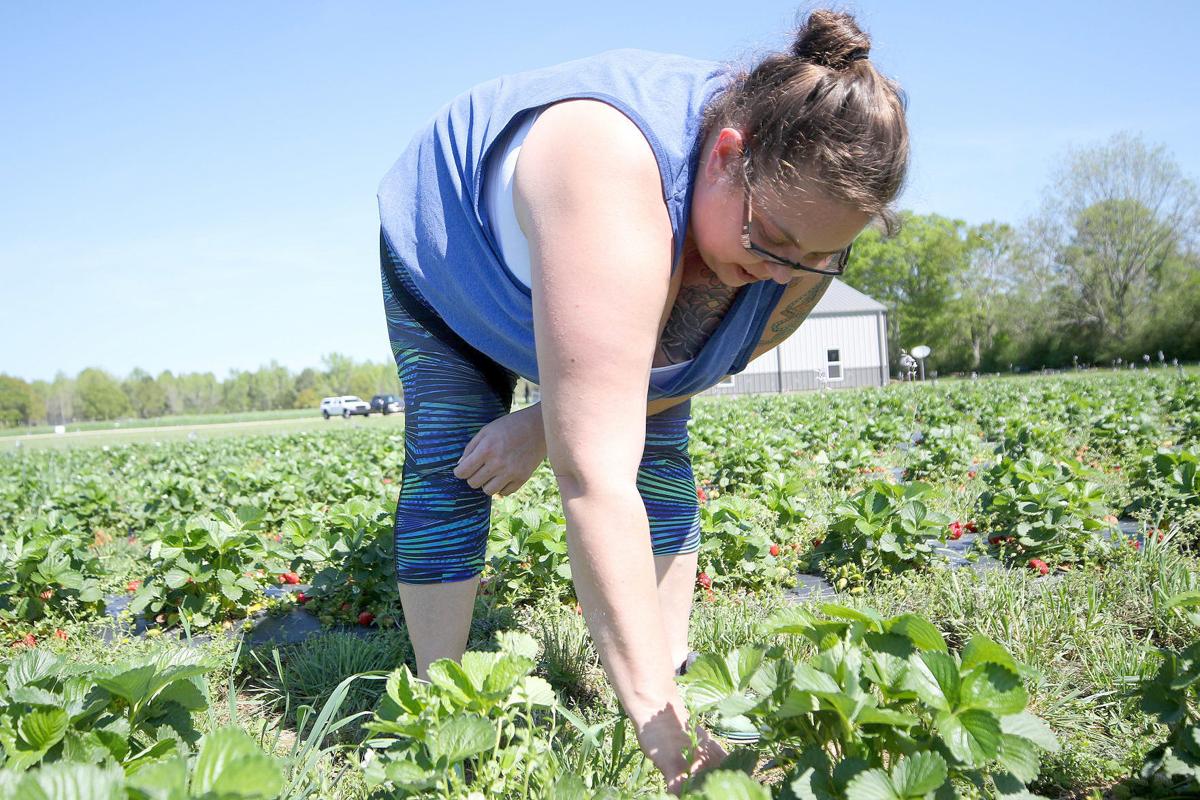 Jackie Bryant picks strawberries at Lone Oak Farm in Notasulga on Thursday. The farm has begun taking reservations for families to come out and pick berries together during the coronavirus pandemic.

Jackie Bryant, left, places strawberries in the basket being held by Eli Meadows, right, at Lone Oak Farm in Notasulga on Thursday.

Lone Oak Farm owner Dawn Smith takes pride in what she does on her farm. Smith and her husband, Tim, bought the 40 acres of land two years ago when it had nothing but an old barn on it.

Jackie Bryant picks strawberries at Lone Oak Farm in Notasulga on Thursday. The farm has begun taking reservations for families to come out and pick berries together during the coronavirus pandemic.

Schools are closed, and Lone Oak Farm owner Dawn Smith had a friend reach out last week about getting her kids out of the house and taking her to the farm to pick strawberries.

From that interaction came an idea that quickly has made Smith’s farm one of the most popular destinations in town.

Smith and her husband, Tim, are offering families a chance to get outside during the coronavirus pandemic and pick strawberries at their 40-acre farm off Highway 120 in Notasulga. Visitors can spend $10 for U-pick baskets to pick from one of the farm’s two strawberry patches, breathe in some fresh air and learn a little about where their food comes from.

“We know that people like to pick their own berries, and people need some option to kind of get their kids out. We’re trying to schedule — while keeping social distancing in mind — for people to come pick their own strawberries,” Smith said. “We decided this year to allow U-pick, but we had to get our insurance right and all that kind of stuff. With the pandemic, we were like, ‘OK, how are we going to do that?’

“I got to thinking about it, and if we scheduled people then we could control how many people are out here. We made a Facebook post, and it just blew up. While we’re talking, my phone is buzzing back here. It’s just been great.”

Smith has been cognizant of maintaining social distancing and has only scheduled one group per hour from 9 a.m. to 4 p.m. in order to avoid a crowd. The farm hosted visitors last Tuesday, Thursday and Saturday, but Smith said that she doesn’t plan on scheduling too far ahead in case the remaining berries are not ripe.

She already has a backlog of 35-40 people interested in visiting the farm. Smith said she will likely start having groups come in every half-hour, with one group going to the strawberry patch near the front entrance and the other group going to the patch a little farther back on the farm.

Smith said she might also begin scheduling visitors every other day if possible.

Stephen Bryant and his family came to the farm about 11 a.m. Thursday to get outside and to pick some strawberries for some upcoming recipes.

Bryant, who lives in Reeltown, said his family heard about the strawberry picking through Lone Oak Farm’s Facebook page and through knowing the Smiths from the First Baptist Church of Reeltown.

Bryant and his wife Jackie, son Brayden Coleman and Brayden’s friend Eli Meadows got their gear from Smith, diligently walked around the patches and eventually came back with baskets jam-packed with berries.

“We’ve been renovating our house, so to get out to fresh air and sunlight was very refreshing. The strawberries were juicy and sweet,” Bryant said. “It’s great for the community. It puts a small farm like this on the map to get more people to come. We’re going to tell everybody that we know to just to get out and do something with the kids. If you don’t have kids, it’s good just to get out and do something instead of staying cooped up all the time.

“We had a blast. We look forward to making strawberry jam, strawberry shortcake and strawberry-filled doughnuts. We’re going to make a meal out of what we got.”

The strawberry patches are a small part of the Smiths’ farm, which had nothing but the old blue barn that’s still on the property when they bought the land two years ago. It now includes cattle they raise for freezer beef, a hoop house where they grow snow peas, green beans and lettuce, and two pygmy goats named Laverne and Shirley that provide extra entertainment for the kids who stop by.

Still, the berries have helped give Smith a sense of purpose, something she said she was looking for after retiring from the Air Force after 20 years.

“My husband and I are both retired from the Air Force, and for 10 years after I retired I kind of tried to figure out what I wanted to be when I grew up,” Smith said. “Farming was not in my wheelhouse, but I kept praying, ‘God, what do you want me to do?’ I feel like he told me that I’m supposed to teach people to feed themselves.”

While there is already a high demand of visitors, Smith encourages others who are interested to directly message her through The Lone Oak Farm Facebook page in order to make a reservation.

Smith laughed when she talked about how far the farm has come in two years and deemed it “a little bit of a process.” Now, part of that process is allowing local families to have some quality time together outside, something Smith can’t put a price on.

“We feel completely blessed not only that God has given us this opportunity for this land but that we can share it with people. That’s what we feel like we’re supposed to do — just share what we have,” Smith said. “In this time when people are seeming kind of panicky, it’s relaxing to come out to a farm and to know where your food kind of came from.”