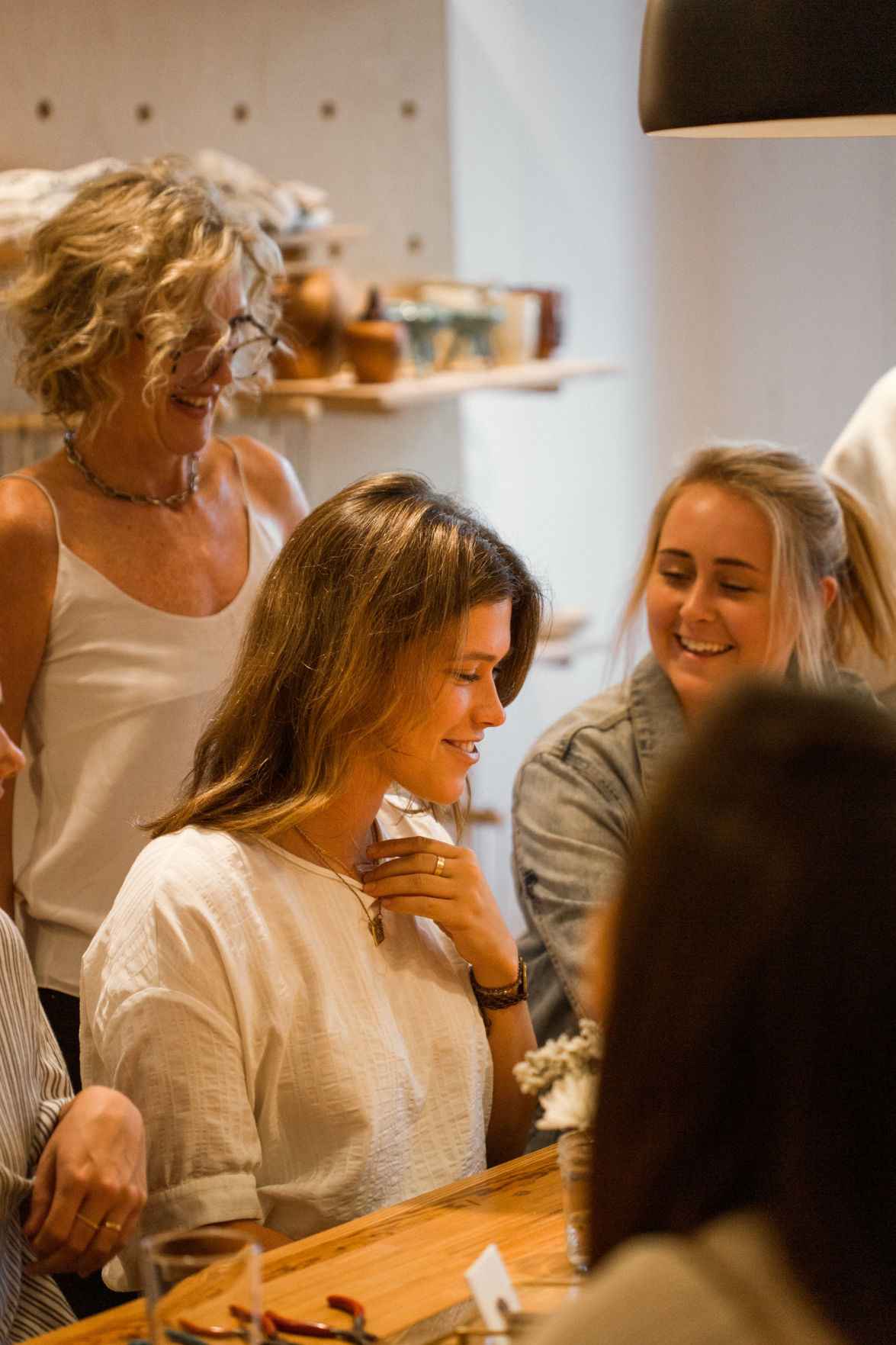 While Perch will no longer have a studio location, Birdsong hopes to be able to hold workshops throughout the city to continue sharing her passion. 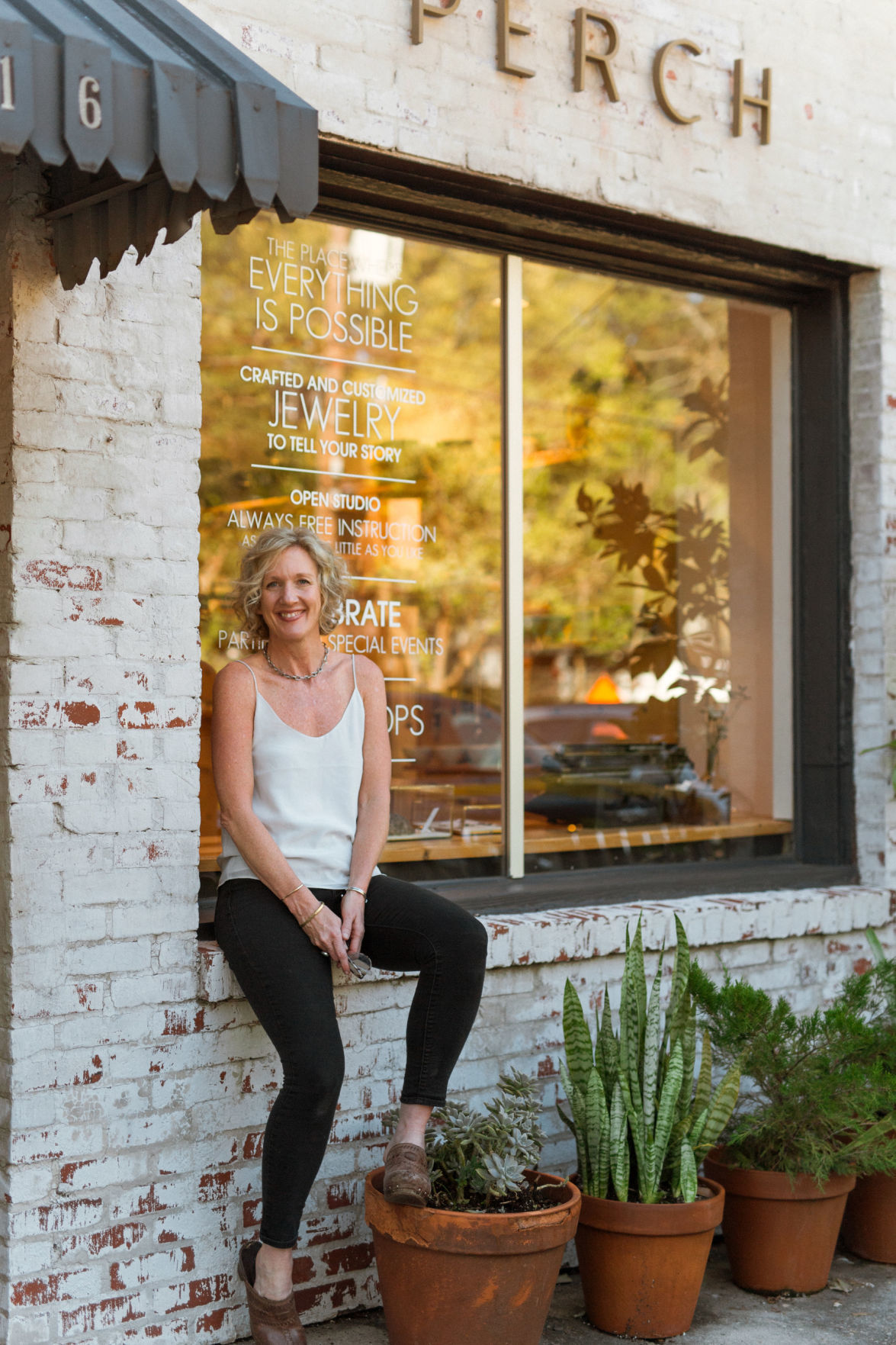 While Perch will no longer have a studio location, Birdsong hopes to be able to hold workshops throughout the city to continue sharing her passion.

While most businesses are taking precautions as they prepare to welcome back customers, others are reworking themselves to thrive post-COVID-19.

Barbara Birdsong opened Perch Jewelry Studio after moving to Auburn in 2009 as her family relocated for what it says is the last time when her husband finished his last placement in the Air Force.

“I had been making jewelry for a long time prior to moving to Auburn so the idea to have something like Perch was never a possibility,” Birdsong said.

With her children in high school and her husband getting ready to retire, she started feeling that Auburn would be where they settled.

She added that she’s always been creative, and would look for creative outlets in every place they moved. When envisioning Perch, she knew she wanted it to be a place that would foster creativity.

A little more than 10 years later, the jewelry studio has become a creative fixture in the city. Though she had never run a business before, she would occasionally fulfill wholesale jewelry orders with the help of a friend in Atlanta.

Perch’s storefront functioned as an open studio. Guests could come in, sit down at their working table and bring the idea for whatever piece of jewelry they wanted to make to life with the staff’s help.

“Most people walked in the door never having made jewelry before,” Birdsong said. “They’d come in with their ideas, we have the tools the knowledge and the materials and create something.”

In addition to individual projects, the studio would also hold workshops and occasionally show work by other artists. As a result, Birdsong said a unique community developed.

Once the pandemic began to make itself known in the state, like all businesses, Perch was forced to temporarily close the doors of its studio. In moving things completely online, it saw a large increase in online sales.

However, as businesses begin reopening to the public, Birdsong made the decision to close Perch’s storefront permanently.

Because of the close contact between employees and customers when working on individual projects, and all projects being worked on at the large work table in the middle of the studio, Birdsong saw that maintaining social distance would be a problem going forward.

“It didn’t seem safe to be there or ask my employees to be there,” she said. “I just really didn’t see where we were going to be able to open the doors and be the way we were.”

Despite the decision to close the storefront, Birdsong is taking things in stride, focusing on other ways she can spread her creative influence. Going forward, she would like to hold more in-depth workshops with complicated techniques.

During the last days that the storefront was open, Birdsong was overwhelmed at the number of people who came by. Some had been coming in ever since the studio first opened its doors.

“You forget how long you’ve been there and how much time passes by,” she said. “I know that we’ll continue to be friends down the road.”