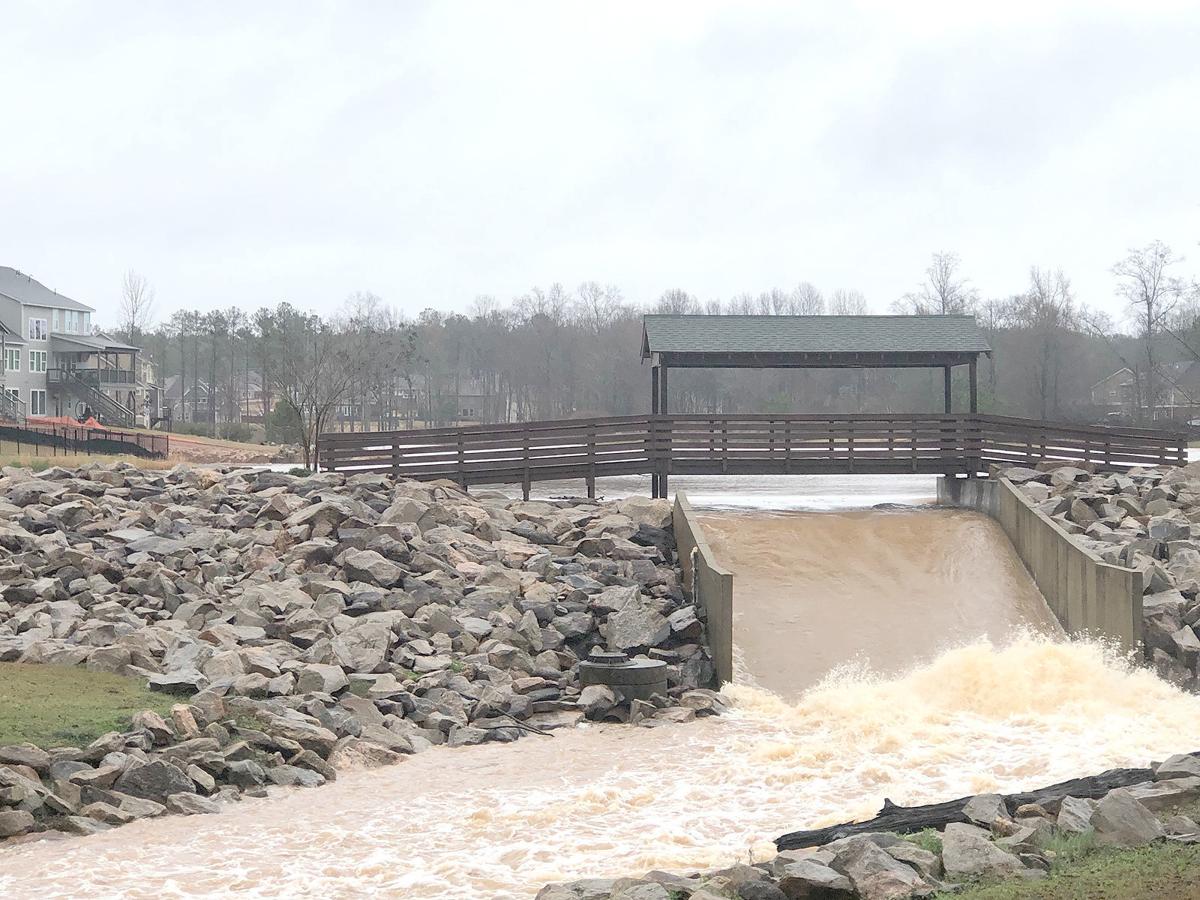 The heavy rain Wednesday and Thursday swamped this retention pond on Auburn's northside near the university's fisheries and Kreher Preserve, sending several thousand gallons of rainwater through its sluice gates. 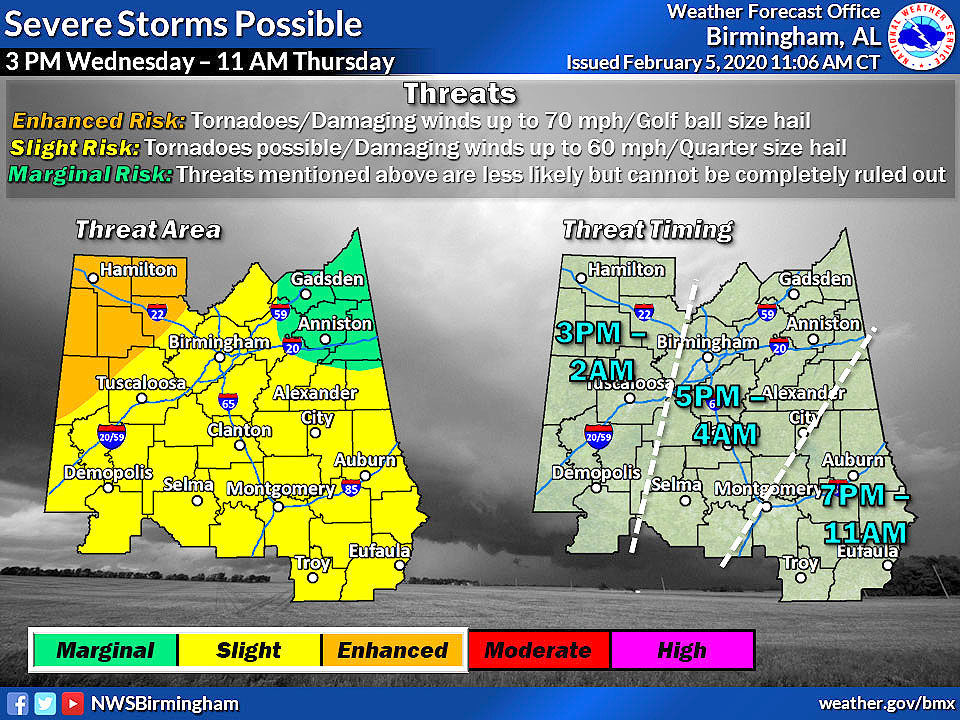 The National Weather Service office in Birmingham has issued severe weather alerts for much of Alabama through midday Thursday. 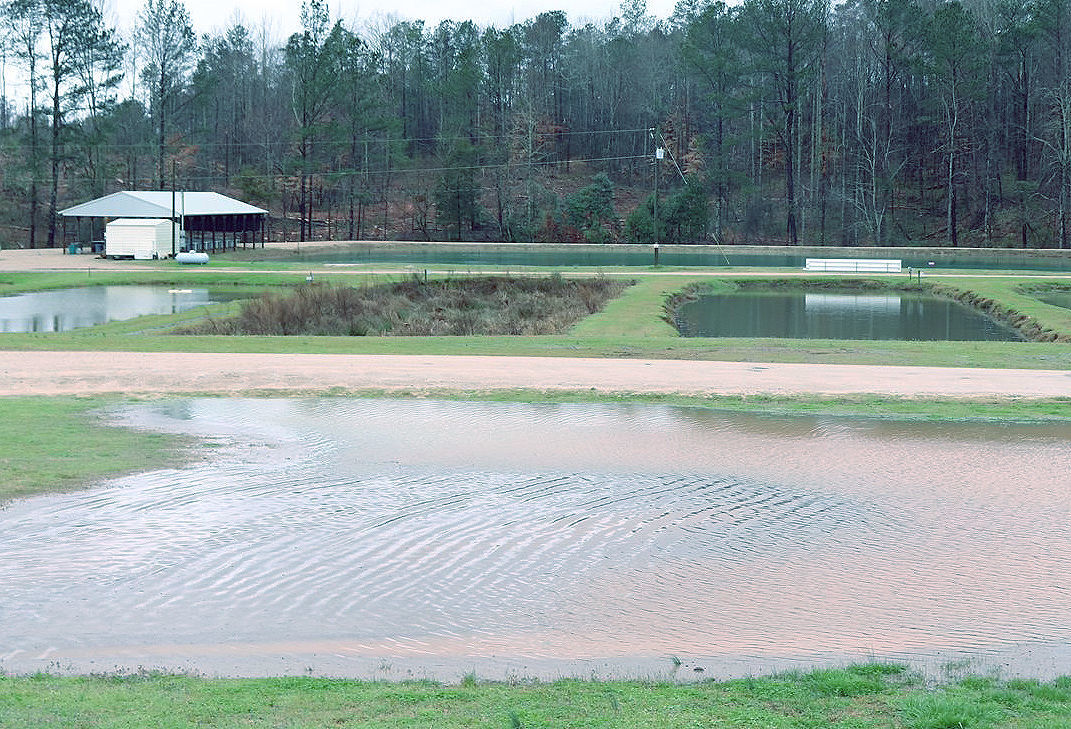 The heavy rain Wednesday and Thursday swamped this retention pond on Auburn's northside near the university's fisheries and Kreher Preserve, sending several thousand gallons of rainwater through its sluice gates.

The National Weather Service office in Birmingham has issued severe weather alerts for much of Alabama through midday Thursday.

Auburn and Opelika city schools are closed Thursday due to the threat of severe weather.

Lee County is under a tornado watch until noon.

The threat of severe weather Thursday will shut down Lee County schools for the day and delay the opening of schools in Tallapoosa County.

“After consulting with Lee County Emergency Management Agency and the National Weather Service, Lee County Schools will be closed,” according to the district’s statement posted Wednesday afternoon. “(Year-round) staff should report to work (Thursday) after a three-hour delay if it is safe to do so.”

In addition, Tallapoosa County Schools will delay opening until 10 a.m.

Heavy rain, the possibility of flash flooding and severe storms were forecast for the area overnight Wednesday into Thursday morning as a cold front moved into the region.

A flood watch was issued for the majority of central Alabama, said Daniel Martin, a meteorologist with the National Weather Service in Birmingham,.

“The threat window for Auburn is 7 p.m. (Wednesday) to 11 a.m. Thursday morning,” Martin said, with the majority of storms expected early today.

The weather service forecast as of early Wednesday indicated a threat of tornadoes, damaging winds, quarter-size hail and areas of flooding this morning, mainly east of a line from Gadsden to Selma.

Residents are encouraged to have a weather plan in place, and Martin recommended seeking shelter in rooms on a lower floor of your home or office, away from windows, should severe storms hit.

A powerful winter storm in the central United States dropped snow as far south as El Paso, Texas, on Wednesday while areas of the Deep South were at risk of severe weather including tornadoes and torrential rains, forecasters said.

Winter storm warnings or advisories were in effect from eastern New Mexico to the St. Louis metropolitan area, the National Weather Service said. Meanwhile, the Storm Prediction Center said storms that could generate hail, 60 mph winds and twisters were possible across much of Louisiana, Mississippi and Alabama. The threat extended into border regions of Tennessee and Georgia, and forecasters said bad weather could continue after dark.

The winter storm caused a multi-vehicle pileup Wednesday on an Interstate 70 bridge in central Missouri but mostly missed a parade to celebrate the Kansas City Chiefs’ Super Bowl win.

The National Weather Service initially predicted 2-3 inches of snowfall along the parade route. But meteorologist Jimmy Barham said the storm shifted slightly, sparing fans from all but a few flurries.

In Oklahoma, the state House and Senate closed due to snowy weather, and the annual anti-abortion Rose Day rally that typically draws hundreds to the state Capitol was postponed.

In Arkansas, forecasters said up to a quarter-inch of ice and 1 to 3 inches of snow were possible in the northwest part of the state. The remainder of the state was expected to get heavy rain Wednesday. Snow also was expected to extend into Illinois, Michigan and other parts of the Midwest on Wednesday and today before reaching the Northeast by Friday, the weather service said.

The Associated Press contributed to this report.