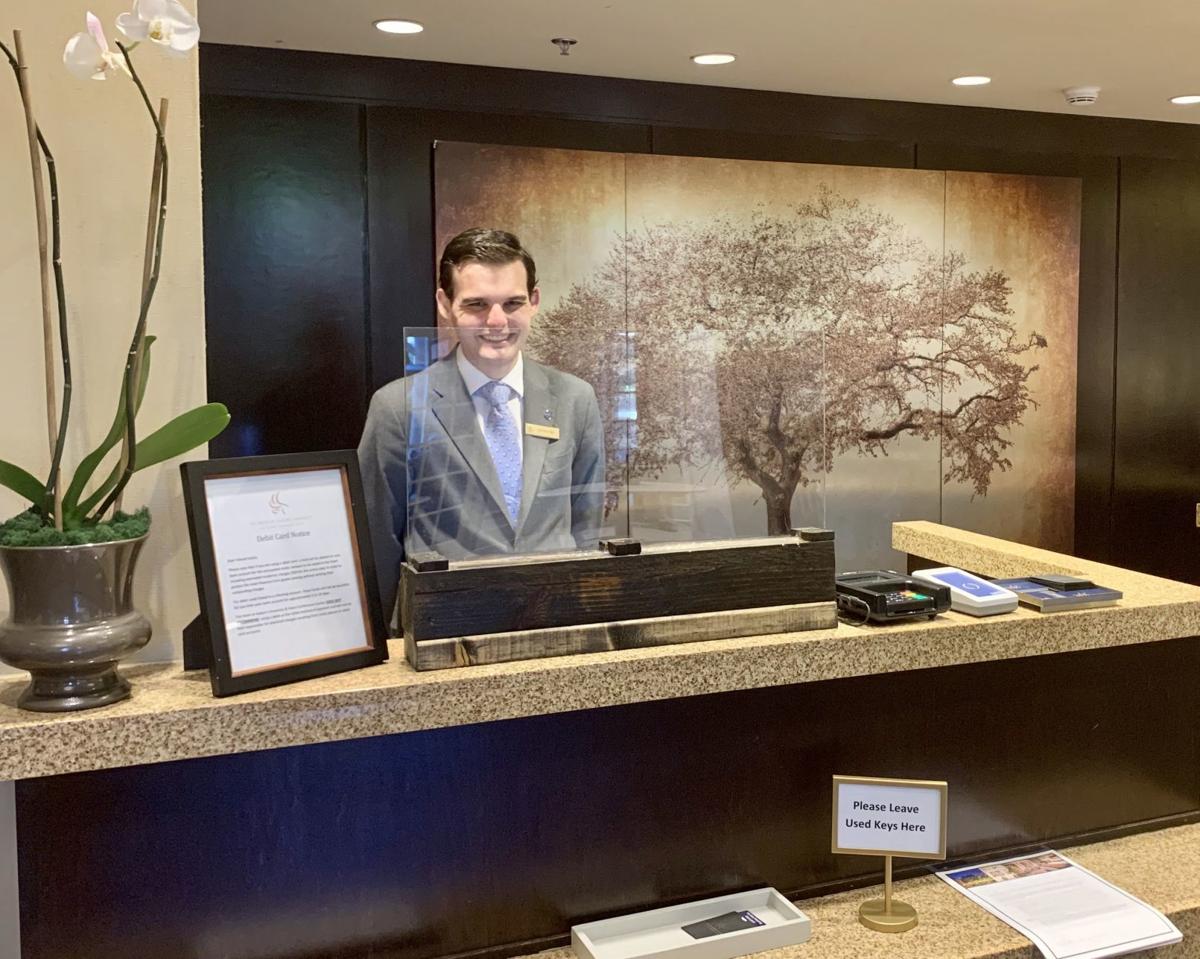 Johnston McCutcheon, the front office manager for the Auburn University Hotel and Dixon Conference Center, has been working behind a sheet of plexi-glass to protect not only himself but all guests that come to the hotel. 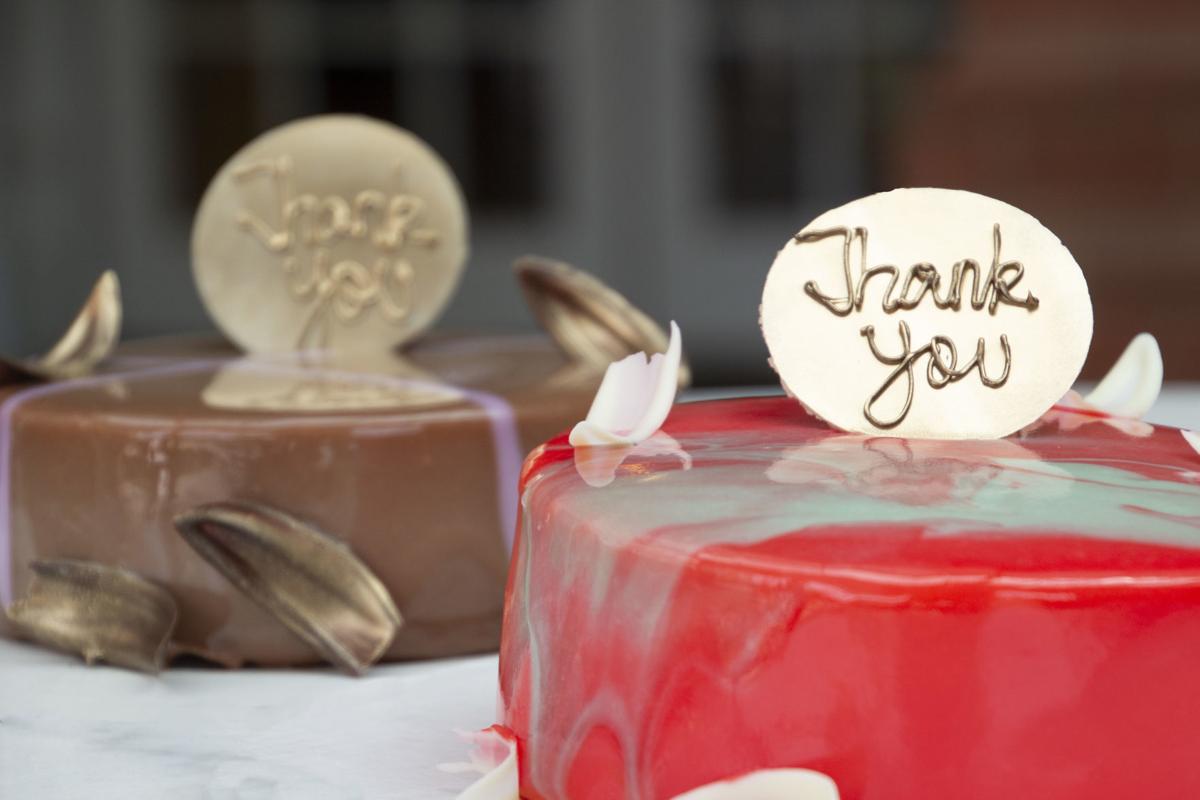 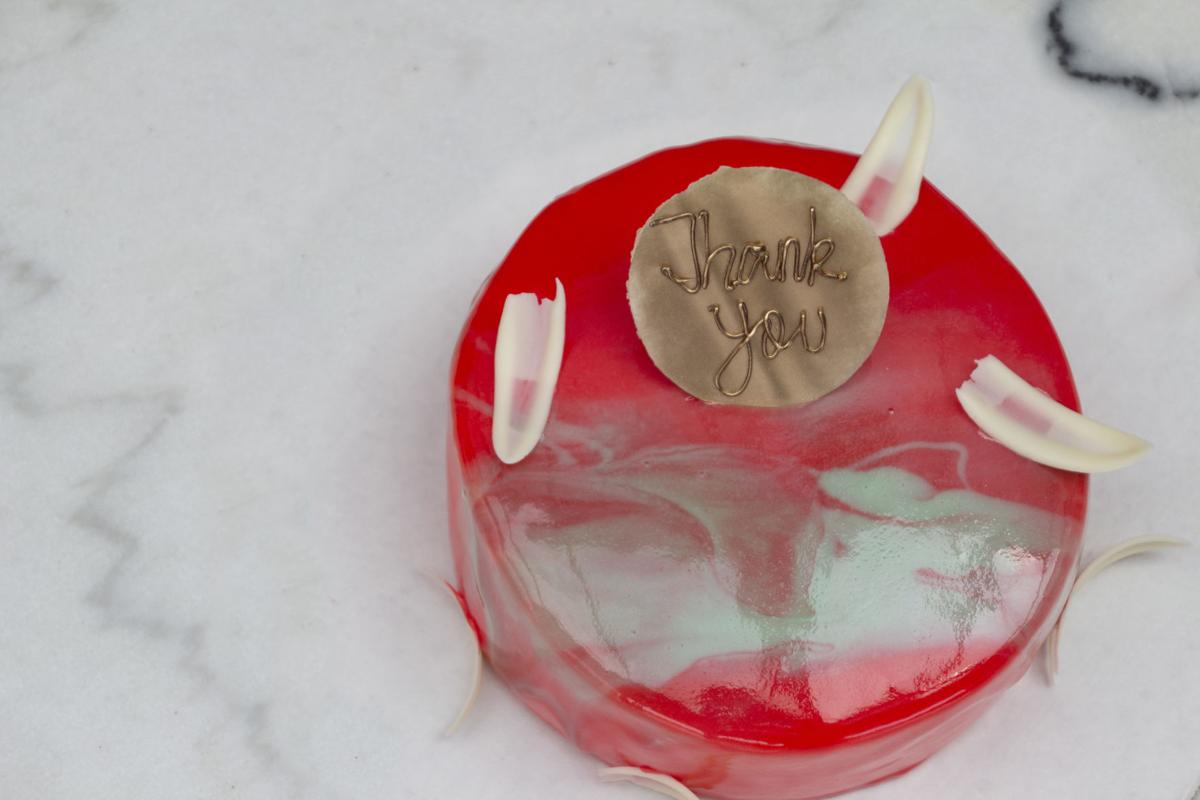 Johnston McCutcheon, the front office manager for the Auburn University Hotel and Dixon Conference Center, has been working behind a sheet of plexi-glass to protect not only himself but all guests that come to the hotel.

The Auburn University Hotel relies on tourism and social gatherings. Neither is plentiful in the middle of a pandemic, however.

“For any hotel in the world right now the inability for people to travel, unless it’s for emergency situations, has put a stop basically to hotel occupancies,” said Hans Van der Reijden, managing director for The Hotel at Auburn University & Dixon Conference Center.

Van der Reijden said for this time of year, the hotel is seeing about 10 percent of the business it normally would have without a pandemic.

There is a silver lining, Van der Reijden said. Many businesses or groups that had scheduled reservations are just postponing their trips, he said.

“We have a huge loyalty factor in the state of Alabama and beyond with meeting planners who’ve come to know the hotel, our servers, our amazing food and they still want to have their meetings with us, which is always a good thing,” Van der Reijden said.

The hotel has been able to avoid laying off any of its employees during the pandemic and is trying to furlough instead, he said.

“I find it unconscionable to lay people off, and therefore, the next day pretty much, they’re out of a health insurance option,” Van der Reijden said. “So we worked closely with our owners to ensure we were able to furlough, which is basically an unpaid leave but it allows us to continue to pay for our team members, the health insurance part.

“I can’t even imagine looking somebody in the face and telling them, “You’re laid off right now, and by the way, good luck with your health insurance during a pandemic.”

The hotel’s pastry chef, Dallas Kee, was worried she would be one of the first people laid off. Some of her friends — pastry chefs at other hotels — had been.

Instead, the hotel has found other ways to make things work.

“Our senior leaders, they were very much in constant communication with all the employees, letting them know what exactly was happening, what exactly they needed to do when the furloughs happened and then working tirelessly to get this PPE loan to bring the employees back,” she said.

“I really felt like that the senior management here, they were really looking out for the employees and not just for the bottom line.”

Giving backThe Hotel at Auburn University is finding ways to give back to the community. It has partnered with the Hudson Family Foundation to provide meals to those in need. It’s also partnered with EAMC, Van der Reijden said.

“Most of the things that we do, you know, don’t hit the press and it’s about helping people in need,” he said. “This is a time where some of the most vulnerable people in our community are hit the hardest, and we need to be on the lookout for them.”

To help protect its employees, shifts are limited to a certain amount of people each day.

“Right now, we have very short shifts during this 8 of PPE, and we’re only bringing people in for a couple hours day to help deep-clean projects and organizational projects and they cannot wait to be back in the building,” Van der Reijden said.

Some employees are emotional as they reenter their workplace, Van der Reijden said. Employees are still guaranteed a meal when they come to work as well.

“We closed the actual employee dining room, but we turned our entire ballroom into a substitute for that to ensure social distancing,” Van der Reijden said. “And the reason why we did that is that we know that there are certain parts of our community who may be in a position right now, because they’re out of work or on unpaid leave, that that meal that we provide, that one hot meal that normally comes with an eight-hour shift for free is maybe the only meal they’re gonna get.”

There are other ways that the hotel is ensuring safety for both guests and employees. Firstly, there is no longer valet parking or bellhop service. Guests make their own room keys and there is a glass barrier between front-desk workers and guests.

The Hotel at Auburn University’s restaurant, Ariccia and Piccolo is also still operating, albeit with deliveries rather than in-person dining. Gov. Kay Ivey’s latest order did not allow for the reopening of restaurant’s dining rooms.

“In our department we have obviously multiple hand-washing stations; we have multiple hand- sanitizing stations set up as well,” Kee said. “We wear gloves for everything. We are going through a tremendous amount of gloves right now.”

Each department has only a couple of employees on at one time as well, she said.

“We absolutely have a moral obligation to protect (guests), to protect our employees, to make sure that when you come and stay in a hotel, you want to be able to put your head on the pillow wand, feel protected and feel safe,” Van der Reijden said.

Arriccia and Piccolo is also finding ways to give back through food. Kee has been baking “acts of kindness” cakes.

“She makes these beautiful little cakes,” Van der Reijden said. “We gave a ton of them away. There’s a little plaque on top that just says ‘thank you’ in handwritten chocolate.”

Van der Reijden said he delivered several to people he felt were making a difference in the community during this time.

“I really feel like the hotel has done amazing with looking outside the box of how we can still generate business through this time, even if it’s not the business that we’re used to, as well as working with the community and being a major part of the community here,” Kee said.

The idea is that these people would then pay that act of kindness forward and buy a cake for someone else in the community, Van der Reijden said.

“We’ve seen just a huge impact that those have had with people paying it forward with these cakes,” Kee said. “So once one person gets it, then they’ll order five or six-plus cakes to send to people that they want to say thank you to.”

Kee has been working for the hotel for about a year and a half and said that she is glad she made the decision to work for the hotel. The staff feels like family, she said.

“The heart and soul of our company, of our hotel, of Arricia, is our people,” Van der Reijden said. “And I think if you don’t put (them) front and center and take care of them, and show them right now how important they are to you, then you’re following a different business ethic than we as a company proclaim and what we’re very proud of. It’s all about our people.”