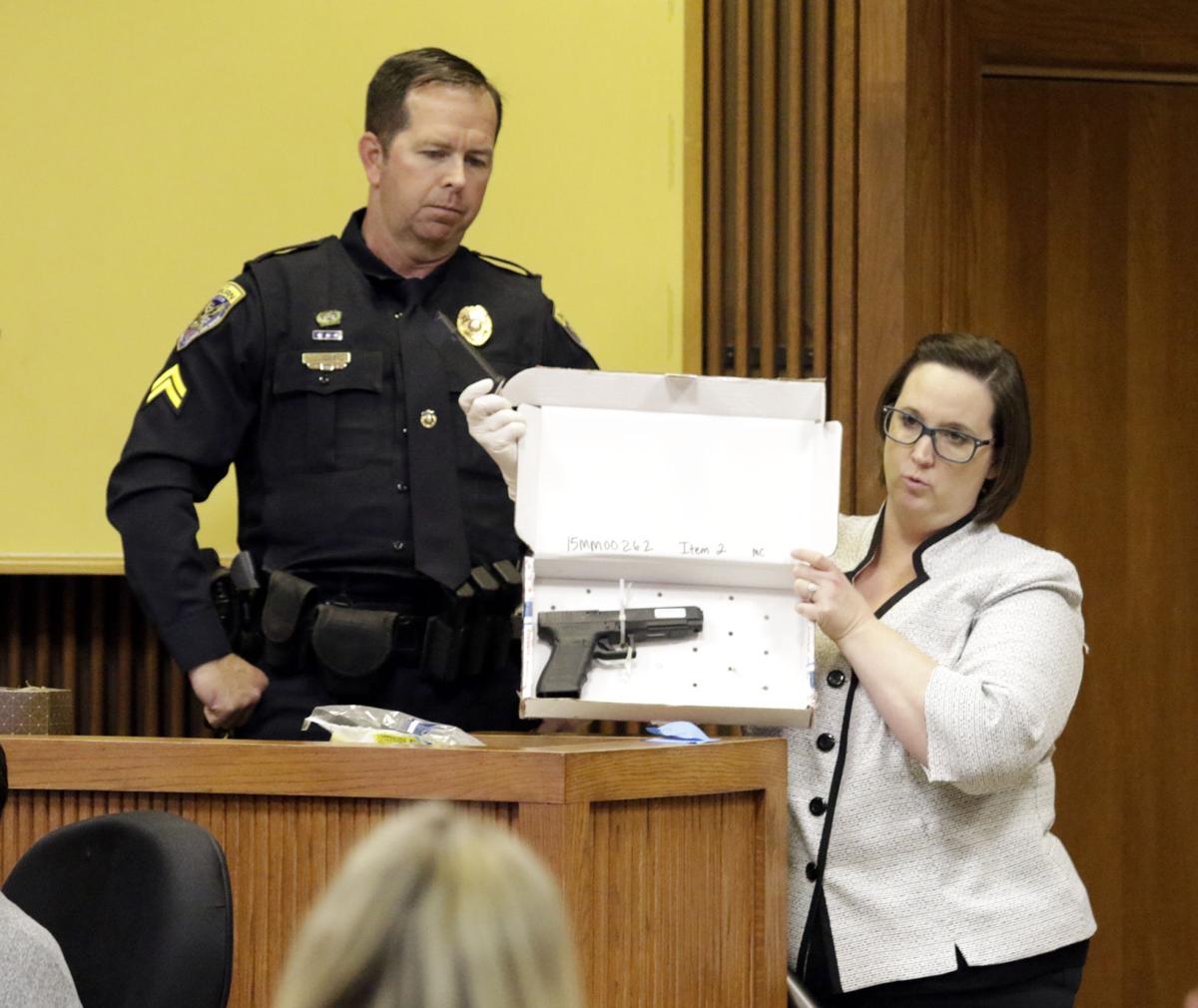 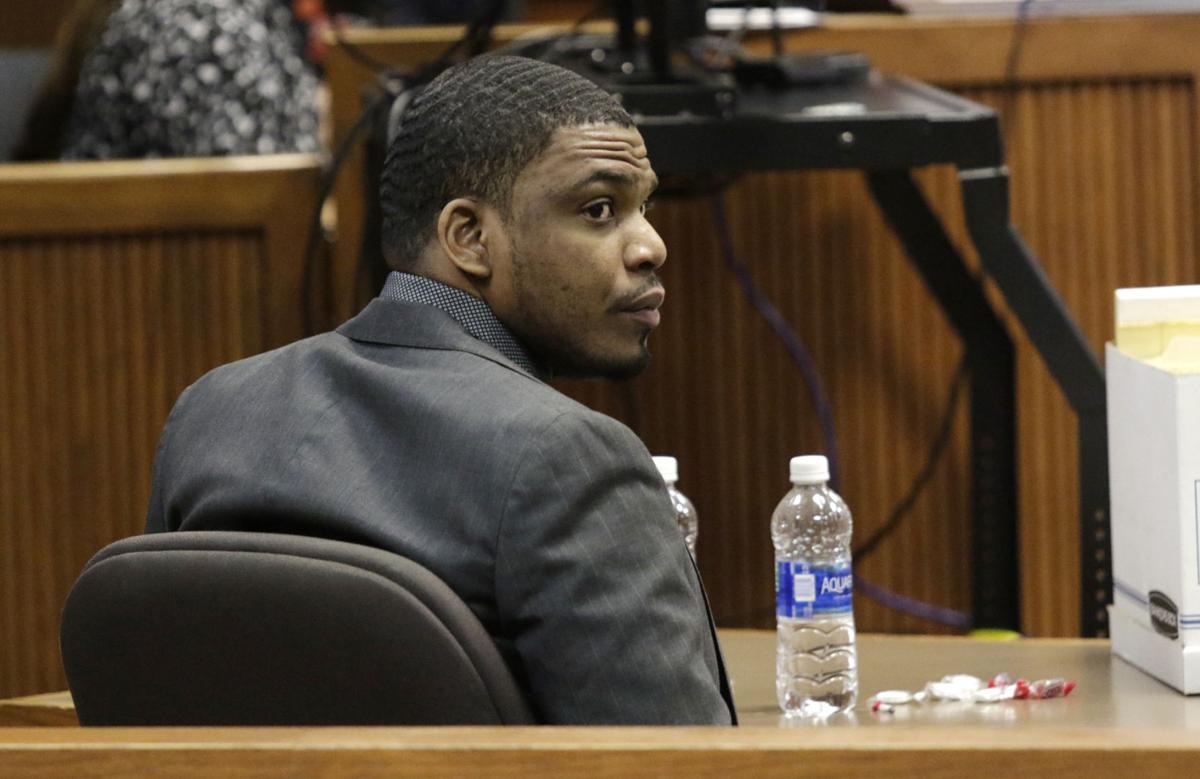 Defendant Markale Hart looks over his shoulder during trial at the Lee County Justice Center in Opelika on Wednesday, Dec. 6, 2017.

Defendant Markale Hart looks over his shoulder during trial at the Lee County Justice Center in Opelika on Wednesday, Dec. 6, 2017.

The girlfriend of a slain football player appeared in court Wednesday, testifying she witnessed the 2014 shooting at the Tiger Lodge apartment complex in person.

Ayanna Huguley recalled the night in Auburn in which her boyfriend, Jakell Mitchell, was killed during the trial for Markale Hart, Mitchell's accused murderer.

The trial, which began with jury selection on Monday, continued before Judge Christopher Hughes at the Lee County Justice Center in Opelika on Wednesday with testimonies of Huguley, the driver who helped transport Mitchell away from the scene, Mitchell’s cousin who attended the party and two law enforcement officers who aided in the investigation.

Before the shooting occurred, Huguley said Mitchell was acting dismissive toward her - not responding to her when she tried to talk to him as he walked through the Tiger Lodge parking lot. She had just arrived at the apartment complex and hadn’t entered the apartment, she said.

At some point, Huguley said she remembered seeing Tyrone Rowe in the parking lot with a gun in hand, facing Mitchell. She testified also seeing Hart and one other unidentified man, each with a gun.

Mitchell had a gun tucked into the waist of his pants, but Huguley had not seen the gun before, nor had she seen Mitchell with the gun, she said.

Mitchell then shoved Huguley to the ground, which is when she heard gunfire, she said, and claimed Hart fired his gun first.

Hart and others then ran away from the scene of the shooting, she said.

Opelika resident Chastity Baker was sitting in a silver Mercedes-Benz, waiting for her sister and talking on the phone at the time of the shooting.

Baker, who also testified Wednesday, said the sound of gunfire frightened her to the floor of the backseat of the vehicle she was driving that night, but then emerged from the vehicle to see if anyone was hurt.

Baker said a group of people ran to Mitchell to help him. Mitchell was coughing and Baker advised the group that he needed to go to the hospital.

Next, Baker ran to her car to look for her sister.

“Next thing I know all my doors flew open and they put Jakell in my car,” Baker said.

More than 200 people were at the party at Tiger Lodge, Baker said.

Opelika resident Malik Butler was outside, entering the truck he arrived in when he heard the gunfire.

“There was shooting, I was in the truck and everybody was like ‘Jakell just got shot,’” Butler said, taking the stand on Wednesday. “I turned around and I looked, and I (saw) him stumbling.”

Butler was an individual who helped load Mitchell into Baker’s vehicle. Mitchell had the gun in his hand at the time, Butler said, and Butler moved it off to the side when they moved Mitchell but was unsure of what happened to the gun afterward.

The reason people at the party exited the apartment prior to the shooting was because they heard Mitchell was in an argument with someone outside, Butler said.

Mitchell’s gun, a .45 caliber Glock, was also found at the scene of the crime, authorities said.

The trial is expected to resume at 9 a.m. today.