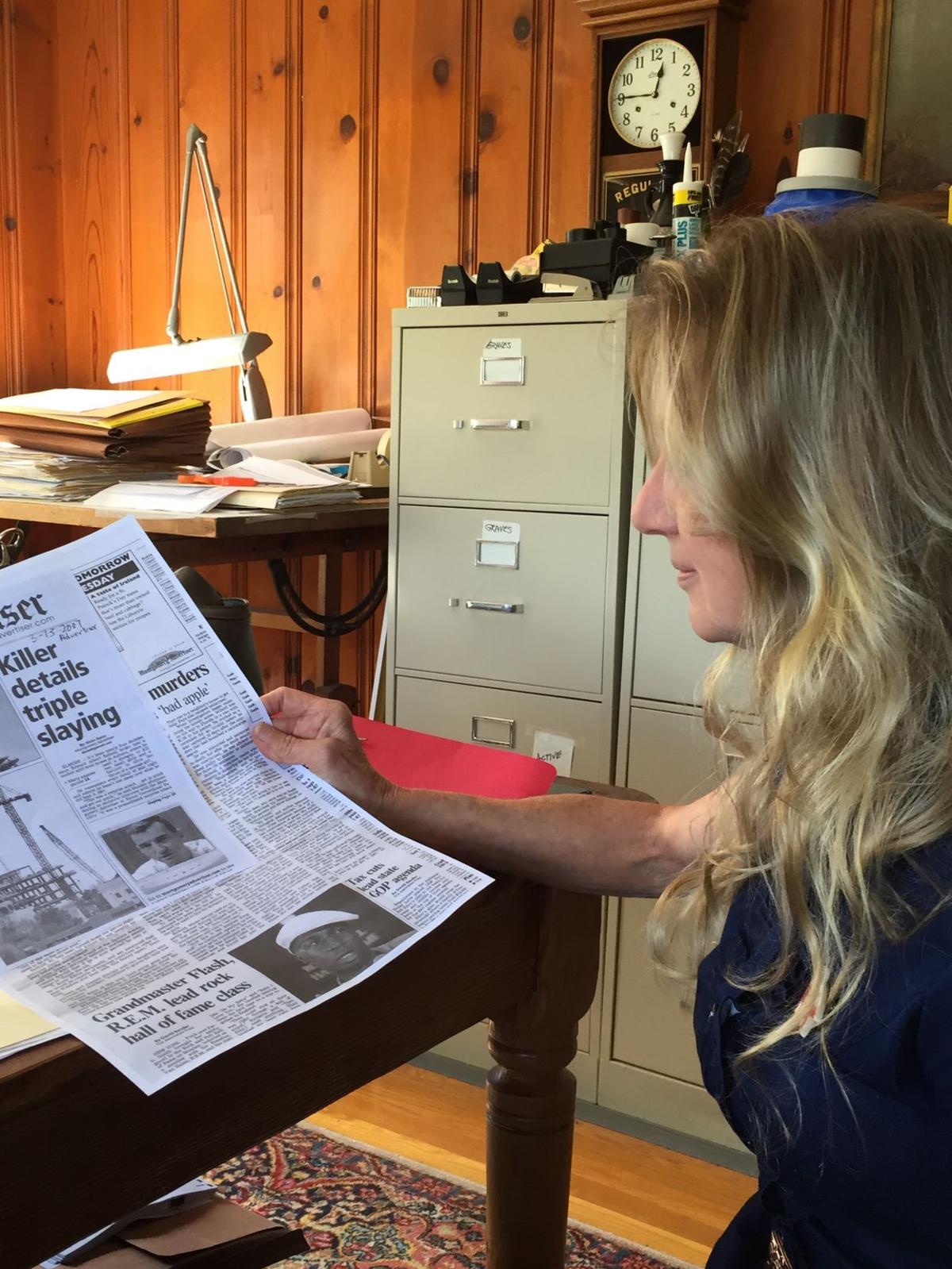 Auburn resident Linda Dean looks over the headlines and stash of newspaper clippings she has collected during the years since the night Edward Seibold killed her close friends on Sept. 6, 1967. She will join the family in continuing to fight against Seibold being allowed parole. 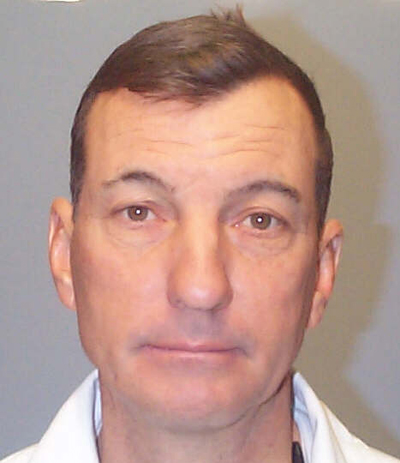 Auburn resident Linda Dean looks over the headlines and stash of newspaper clippings she has collected during the years since the night Edward Seibold killed her close friends on Sept. 6, 1967. She will join the family in continuing to fight against Seibold being allowed parole.

A man entered her home and did so with the intention of killing her.

Ditto for her sister Cathey.

There once were four sisters, but Edward Seibold intruded, determined to destroy their family on the night of Sept. 6, 1967, and he killed two of them along with the innocent little girl there visiting her friends.

Faye and Cathey worked hard to move on with their lives; moved on to better things, moved on to fresh environments and new challenges.

If only the justice system that protects them from their would-be killer could leave them alone, it might even be said they they’ve moved on to a more peaceful life.

Yet for half a century now, Edward Seibold has remained a threat.

He cheated death himself when sentenced to the electric chair and the U.S. Supreme Court found faults within the state’s death penalties, and so a deal was made for him to serve the rest of his life in prison to avoid another painful trial.

Had the surviving family members known of the loophole that provided parole, however, things might be different. Instead, now they must go through this process every five years of trying to convince a parole board that Edward Seibold is not just an imprisoned killer, but one they fear very much wants to escape to kill again.

That should concern us all.

“Laws are hard to change, and I know parole is valid in some cases,” Faye said in an attempt at fairness. “But this is one that should not happen.

“There is always the potential that he will get parole, and that is a very scary thought to my family. Very disheartening,” she said.

Fortunately, the Sinclairs still have a strong support base in their former home of Auburn. Good friends and top local officials will be there with them in Montgomery on Nov. 8 in hopes of ensuring that Seibold never again gets a taste of freedom and dies his death behind prison bars.

The family also hopes others will write letters of support, and they will.

Their story is a tough one to tell, and yet another reminder, as we get all too often these days, that evil will persist.

Their story also is a reminder, however, of how to fight back against evil, and not let it keep winning. The show of support for the Sinclairs, their own determination, and how they have moved on with their lives are examples of that.

They were once part of our community family.

It’s good to remind them, they still are.

Troy Turner is editor of the Opelika-Auburn News. He can be contacted at tturner@oanow.com.  BELOW IS INFORMATION ON HOW TO SUBMIT LETTERS TO THE PAROLE BOARD......

LETTERS TO THE EDITOR:

The following are letters to the editor published in Sunday's print edition that pertain to this column and related story, "Living with Murder."

Fifty years ago, three girls, Libba Sinclair, Lynn Sinclair and MayMay Durant were murdered in Auburn in an act of incredible brutality. Two families were devastated by what happened and still experience the pain and fear of those events.

The man responsible for this crime, Edward Seibold, went to trials and was sentenced to death for these murders. Soon afterward, the US Supreme Court overturned ALL death sentences in the U.S., including Seilbold's. At the time, the Lee County District Attorney told our family that retrials would be expensive and time-consuming, recommending that we agree to the sentences being commuted into three life sentences.

We were told that there was no chance that he would ever receive parole. We agreed to this recommendation, as did Seibold. It turns out that even with life sentences, Seibold is eligible for parole. His hearing will be on Nov. 8. The Sinclair family is asking the people of Auburn to write the Alabama Parole Board with your opinion on having parole granted to Seibold.

We believe that, like us, the people of Alabama feel that PAROLE SHOULD NOT BE GRANTED, now or at anytime in the future, for this man. Please help protest this parole by contacting the board.

Send letters to: State of Alabama Board Of Pardons and Paroles

On Sept. 6, 1967, Eddie Seibold carried out a carefully planned attack on the Sinclair family in their home on Gardner Drive in Auburn after months of stalking.

He intended to kill everyone in the house, not just the three children who were his victims -- Lynn Sinclair and Mary Durant, age 9, and Libba Sinclair, age 18.

He fled the murder scene, which included a blood-saturated teddy bear, but was later captured in Florida.

This is likely the most horrific crime in Auburn’s history.  Seibold originally received the death penalty, which was changed to three consecutive life sentences for murder plus 20 years for attempted murder. However, he comes up for parole every 5-6 years.

Seibold's next parole hearing will be Nov. 8.

Please contact Ms. Rhonda Carter ASAP at the Parole Board to oppose the parole. Your letter should include the following information and be received no later than two weeks prior to the hearing:

Send the letter by email to Rhonda.Carter@paroles.alabama.gov and/or by regular mail to:

Board of Pardons and Paroles

The Sinclairs and the Durants were well-loved members of the Auburn community.  I implore those of you who remember this crime or who are concerned about victims’ rights and citizens’ protection to contact the Parole Board immediately pertaining to Seibold’s parole hearing.

Editor's note: Joe McAdory covered this story for the Opelika-Auburn News when the previous parole hearing for Edward Seibold was held in 2012. The O-A News asked for his thoughts in reflection of his work on the story.

This triple-murder shook our community like none other before or since. Residents, not just the family involved, feared for their lives because for days nobody knew where Eddie Seibold was.

What we had was a killer on the loose, a Hannibal Lecter, a man that butchered a young girl and shot two others to death.

Cathey Sinclair has lived in fear of Eddie Seibold since, and probably before, the night of the murders. Just the one-millionth of a chance that the parole board will let this man out of prison and back into society petrifies her and her family.

I suppose she fears that Eddie Seibold will want to finish the job he started. That poor family was tormented by Eddie Seibold that night in 1967 and it has remained in their minds ever since.

Imagine Cathy Sinclair hiding in a closet – hearing the screams of her young sisters, hearing Seibold pull that trigger and hearing whatever sounds are made when one is stabbed to death. Those are memories one cannot escape and I respect the strength and courage she has shown to carry on.

Stories of the triple homicide remind long-time residents of that fateful night and offer new lessons to members of the community who recently moved here. “This happened in Auburn,” they ask? Never!

In 17 years at the newspaper, it’s the most gut-wrenching series of stories I had to tell. To see the blood-stained sheets in the DA’s office. To hold the spooky-looking lifelike doll that Eddie shot through the chest. To hear the family’s accounts, then recreate the night’s events in my mind, visualizing Eddie kicking in the front door, shooting Juanita, the baby-doll, then marching upstairs to stalk his victims and carry out his rampage is pretty chilling.

It’s like the novel “In Cold Blood” came to Auburn for real.