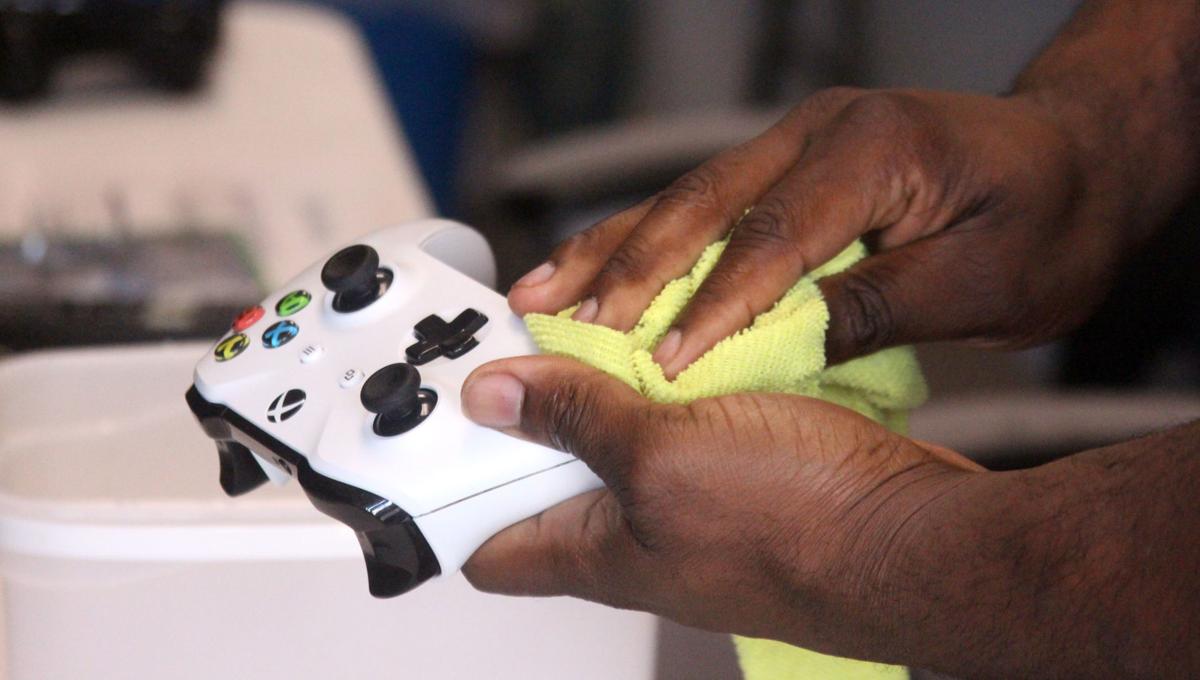 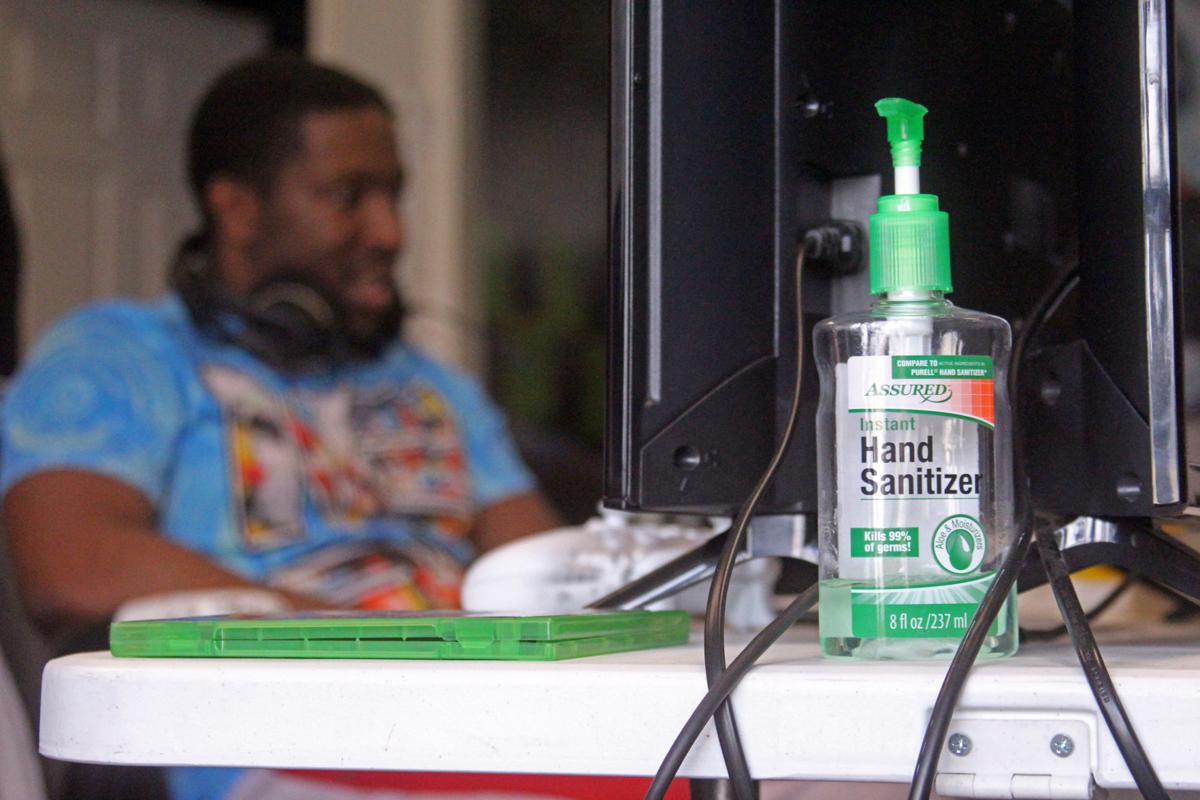 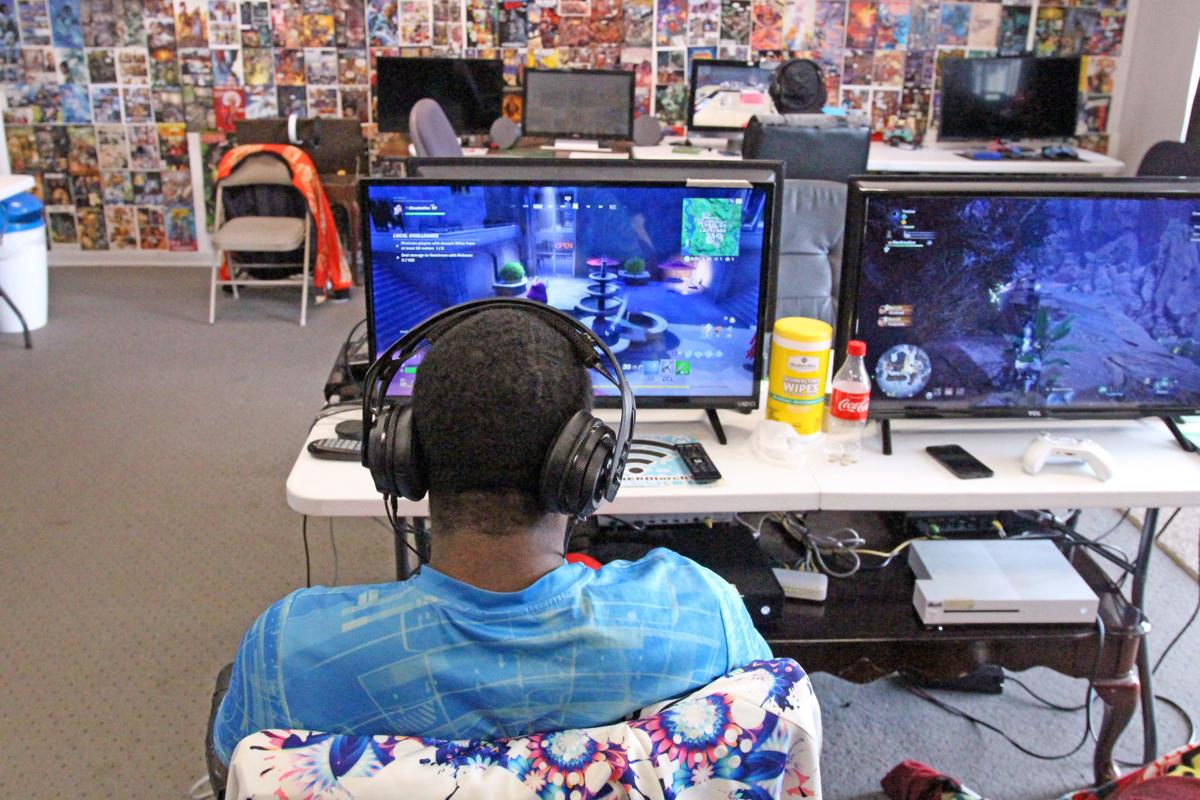 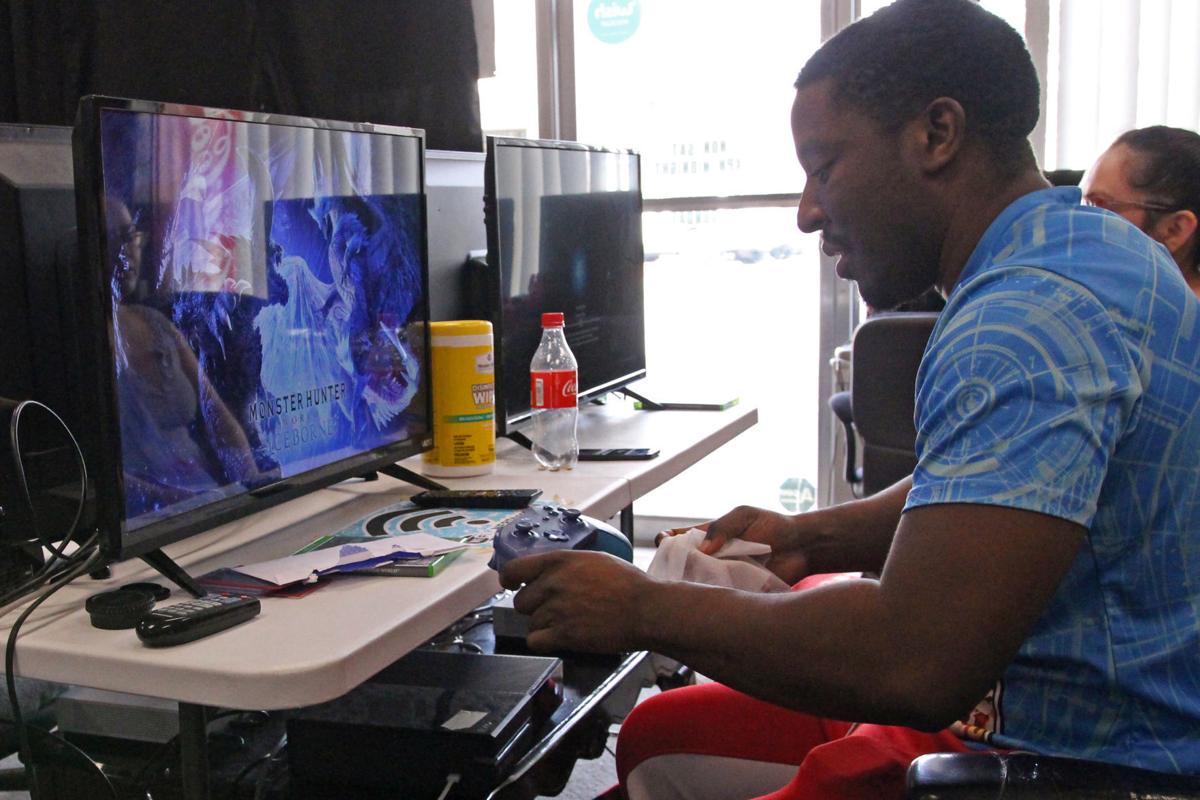 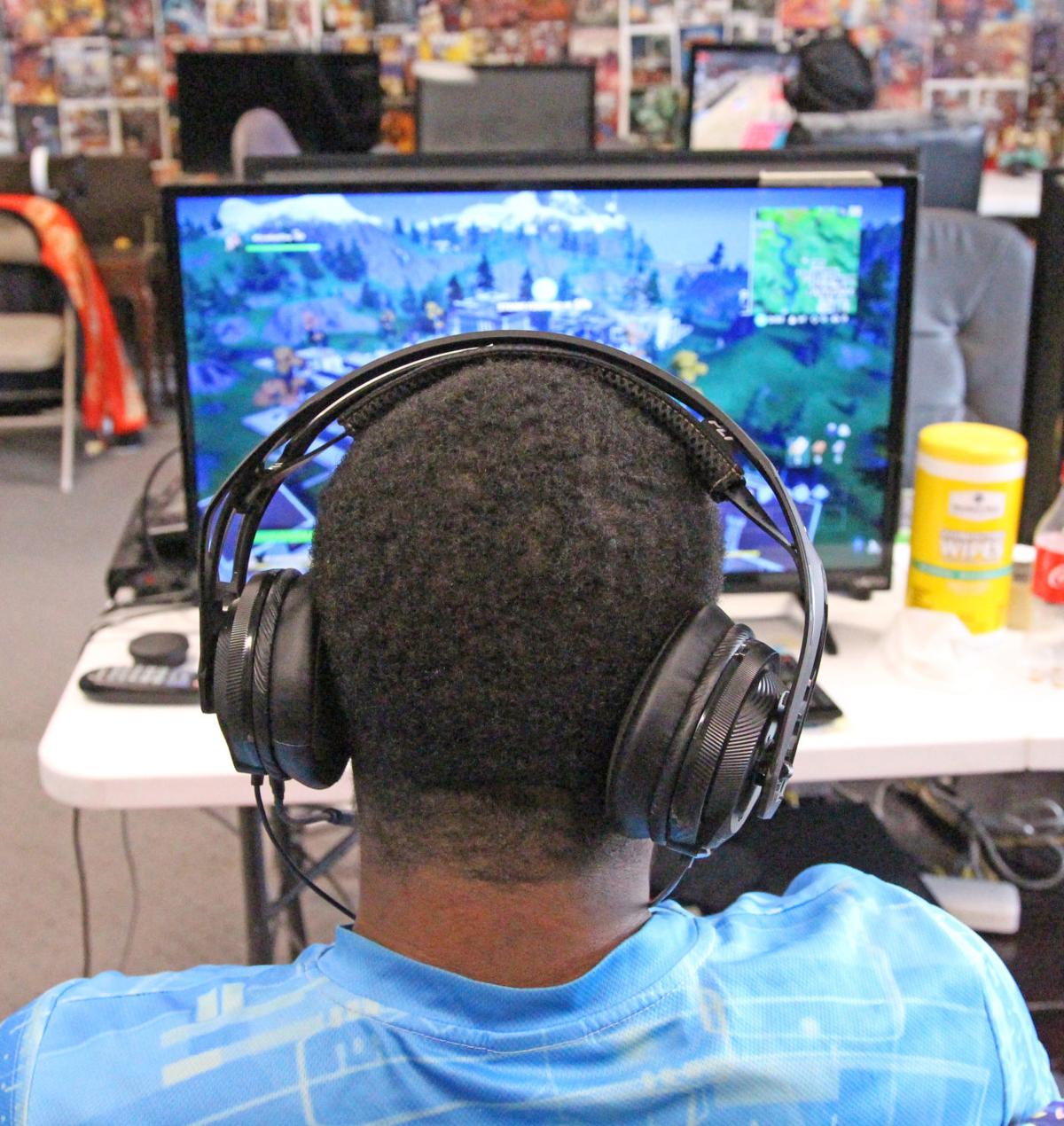 [Sign up for our daily coronavirus email newsletter. All stories on the email are free to read.]

Kids are home indoors now more than ever after calls for social distancing across the country, Opelika hobby-shop owner Nigel Mongerie figures, and that surely means more of them will be turning more to video games.

His top suggestion for concerned parents is to go ahead and pick up a controller.

Jumping in and getting involved gives parents their best chance at understanding any risks out there associated with video games and of easing fears over what kind of content their children are consuming, says Mongerie, the owner of NERDtorch Café in downtown Opelika, which as a business gives him just as good of an understanding of video-game consumption as anyone else in the area.

Any potential nastiness online can be muted away by parents who make the effort to go into the game settings and make that change. Parents have as much power as ever to control what kind of content gets to their kids, even if they don’t realize it.

In any case, the best way to learn it all is to get engaged.

“The main thing is mostly just be aware of what your kids are actually playing,” Mongerie said in March, when asked what advice he’d give to local parents of children playing more and more games as COVID-19 spreads. Alabama public schools have moved to off-campus education for the rest of the spring. “See if it’s something that you approve of, because most parents and older people have their types of rules and thought processes that they want to enforce with their kids.

“And now is the time to see what type of content they’re actually engaging in, especially when everybody is stuck at home.”

He certainly doesn’t recommend unplugging the console out of fear. Mongerie points out that online games now give kids the chance to interact socially with their friends even when they can’t visit each other during distancing.

It isn’t all dangerous. For example, there’s a major difference between kids chatting on a gaming headset with their friends from school on a private connection compared with running across unfiltered strangers online. Concerned parents have the power to promote one and disallow the other if they so choose — so long as they learn that difference and learn how to turn them on or off.

In the same vein, free-to-play games often offer microtransactions and with those come horror stories of kids running up bills on their parents’ credit cards, but all parents have to do is make sure their card numbers aren’t on those gaming devices and that possibility is eliminated with the push of a button.

It could take some learning for a parent who isn’t involved in the video gaming world. But Mongerie says the best way for a parent to familiarize themselves with those concepts is to just get involved — and he says he’s seen that be an enriching experience for families firsthand.

“One thing I do recommend, too, is that the parents actually play with the kids if they can,” Mongerie said. “It’s definitely an experience that we’ve seen in our store — when we get older people to engage in the games a bit, you can actually see that connection between them and their kids on something that they both can enjoy.

Mongerie recommends appropriate free-to-play games as affordable options for kids now burning through more games and looking for new experiences. Fortnite is one of those, so popular that it has permeated its way into mainstream media. Many popular free-to-play games are online-only and offer in-game purchases, but those purchases aren’t required, and players can enjoy the games without paying anything at all beyond what was paid for the console they’re playing it on.

For parents wondering, “What’s the catch?”: Mongerie explains that for online games like that one, what the company gets out of the deal is having a large and active online player base — which is important to potential advertisers and business partners, as well as those players who do consider those in-game purchases. “The main thing is to make sure the platform gets out there to as many people as possible, so that’s why they make the game free,” he says.

“If there is any worries about microtransactions and things like that, then definitely make sure that your credit card is not saved on the device,” he added. That would also include phones or tablets that parents use for online shopping, which might have card numbers saved on them for that reason.

Mongerie advises parents to be mindful of ratings from the Entertainment Software Rating Board, which rates games for content much like the Motion Pictures Association of America rates movies. A game rated ‘E’ for ‘Everyone’ would be akin to the movie rated PG, and one rated ‘M’ for ‘Mature’ would be akin to an R-rated movie. But Mongerie offers that developers are making more family-friendly games than ever just because there are high profit margins for family-friendly games now.

And there are different games out there for different players, even parents or grandparents who have never played video games before. Mongerie finds himself recommending to them adventures from the developer Telltale Games, which play out like movies based on the choices players make with simple button pressing, rather than frantic mashing.

He has had parents tell him before that they used to play Dungeons & Dragons on tabletops, and has recommended to them the D&D-branded game Neverwinter, which is also free-to-play.

As for online chat: Those private connections that players can have between real-life friends are often referred to as ‘parties,’ and the sometimes-vulgar, anything-goes talk among strangers can be turned off and muted at any time.

It’s important to know the difference between the two — and important to consider that those ‘parties’ can make for a positive connection so long as parents do their proper monitoring.

“Game developers can’t control what people are saying and doing on the microphone, so if you’re really looking to avoid just the possibility of that happening, definitely play without mics and things like that,” Mongerie said. “However, it is good to promote the kids to play with their friends that they can’t see in school and things like that as well.

“Since everybody’s out of school, it gives kids a lot more opportunity to engage with their friends from school in a different way.”

Bryce Brown got set and fired his shot. When the 3-pointer hit the net, it made for a familiar sight for Auburn fans.