Virus update: US moves toward broader promotion of masks. Here's what else happened today.

August 24, 1928 - March 20, 2020 Catherine Smith, 91, passed away peacefully on March 20 at Arbor Springs Rehab Facility in Auburn, AL. She was preceded in death by her husband, Thomas Alton Smith, and an infant grandson, Adam Aaron Jussely. Catherine graduated from Auburn University in 1951 with a degree in Education. Before her husband's death, Tom and Catherine lived in Montgomery, AL after settling there in his retirement. They spent many exciting Saturdays attending Auburn football games and were long time members of Trinity Presbyterian Church. She moved to Azalea Place in Auburn following his death and spent her days enjoying friends, Bingo and visits and dinners with her son and his family, especially Friday night pizza at Johnny Brusco's. While in Auburn, she was under the watch care of Auburn First Baptist Church and was very grateful for the support of the church through Tom's illness and death and her own. Catherine is survived by her three children, Thomas Smith, Jr. (Marcie), Claire Smith Frazier (Johnny) and Carol Smith Jussely (Steve), seven grandchildren John David Frazier (Lauren), Sarah Frazier Gallups (Brandon), Aaron Jussely (Blair), Ellen Jussely Ellis (Jason), Mary Claire Jussely Lyons (Grant), Rachel Emily Sharp (Brian), and Alex Smith Ritenbaugh (Clay). She was very excited about her growing number of great-grandchildren, with eight and two more on the way. She is also survived by one sister, Mildred Deaver Huey, of Birmingham, AL Catherine's remains will be interred beside her husband's at Town Creek Cemetery in Auburn. A small graveside ceremony was held March 24, 2020 with Frederick-Dean officiating. In lieu of flowers, please consider a donation to the charity of your choice in her honor. 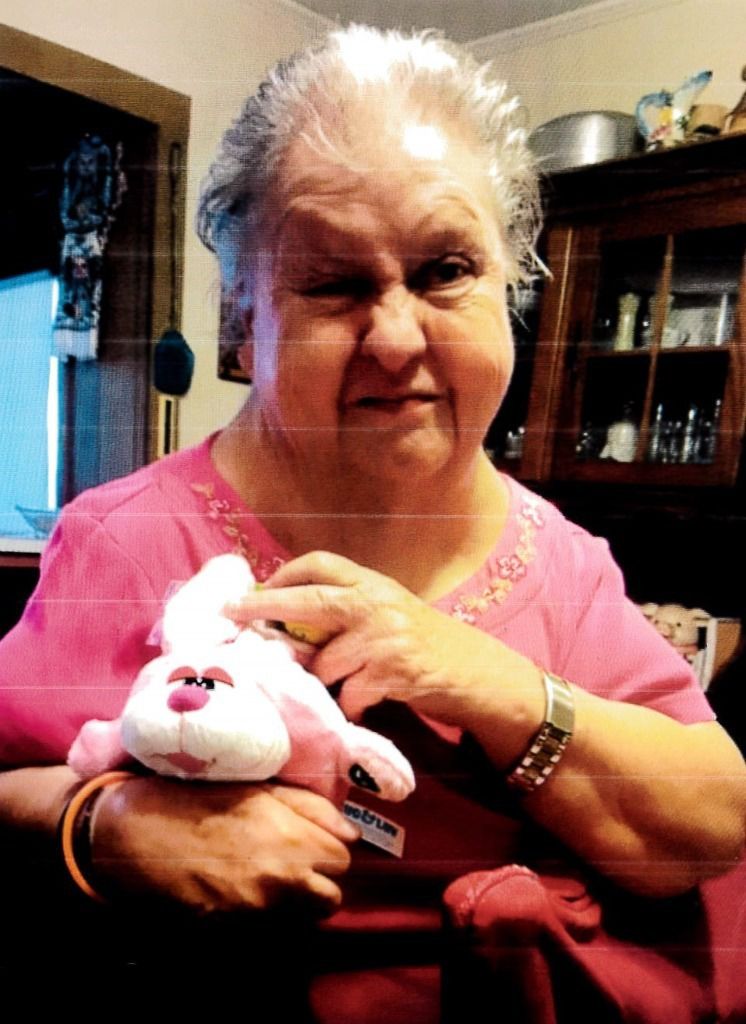 August 20, 1947 - March 24, 2020 Our angel went to be with our Lord on March 24, 2020. Rita was born a special child to Dewey & Maynelle Watkins on August 20, 1947. She was not expected to make it out of the hospital but with special care from Mom & Dad and numerous surgeries she surprised everyone to live a long and fulfilling life. Rita loved kids, fishing, reading and putting jigsaw puzzles together. She also loved her stuffed animals and her church, Pierce Chapel. She was a lifelong member of the Beauregard Area. She was preceded in death by her parents; sister: Deloris Waller; and niece: Kathy Loner. She is survived by her brother: Dana (Carole) Watkins, Tony (Michelle) Watkins; sister: Sheri (Tony) Armstrong; nieces, nephews; and caregivers: Rebekah Hamby and Kathy Ward. A special thanks to doctors and nurses at EAMC. The family will have a private graveside service at Garden Hill Cemetery. A memorial service will be announced at a later date.

December 16, 1940 - March 21, 2020 Dr. Phillip Lee Zenor, 79, of Auburn passed away at his home surrounded by family after battling cancer. He was born December 16, 1940 in Houston, Texas to Alpha Whisenant Zenor and Hughes M. Zenor. Dr. Zenor was a retired professor of mathematics at Auburn University, where he began teaching in 1968 after receiving his doctorate at the University of Houston. He began his career as an artist before turning to academics. He and his longtime close friend Mike Reed collaborated to solve a problem in topology that enabled him to travel and give talks around the world. He also co-wrote a book, "Calculus With Early Vectors." A high school wrestler, Phillip also is a former marathoner who ran a final one to celebrate his 65th birthday. He is survived by wife Susan Harkness, daughter Jessica, sons Phillip Lee Jr. and John Zenor and stepdaughters Martha Whalen, Tish Allen and stepson James Whalen, along with 10 grandchildren. Phillip's longtime wife, Patricia Zenor, passed away in May 2017. He loved to travel. He and Pat spent half the year in Naples, Florida, during their retirement and often traveled in their RV. Phillip and Susan traveled and celebrated life after his diagnosis with Grade 4 Glioblastoma with a cruise and trip through Europe. Phillip remained cheerful and upbeat throughout his battle with cancer, frequently telling jokes. When people asked how he was doing, he often responded: "Other than the brain cancer and bad hip, I'm great. You?"