June 8, 1955 - May 14, 2020 Wallace E. Kilgo, Jr. of Salem, Alabama was born to the late Wallace and Juanita Jackson Kilgo on June 8, 1955 and passed away at his home on May 14, 2020. He was 64 years old. He retired from the railroad after 42 years of faithful service. He was survived by his wife, Julie Kilgo; step children, Lee "Sonny" Pike (Beth), Lynn Hurley (Larry "Bo"), and Adam Pike; 8 grandchildren; 1 great grandchild; sister, Anita Kilgo Davidson; 1 niece, 2 nephews, 2 great nephews, 4 great nieces. A Memorial service will be announced at a later date. Alabama Funeral Homes & Cremation Centers of Camp Hill, AL is handling arrangements.

Sara "Sally" Smith Nichols (82), a resident of Auburn and native of Montgomery of 66 years, passed away after a long battle with Alzheimer's on May 13, 2020. She is survived by her husband of 54 years, John Harold Nichols, Jr; her daughters, Leigh Owen (Steve) and Amy Whittenburg (John); her grandchildren, Nic and Sally Owen as well as Jack and Will Whittenburg; her brother, Paul Maxwell Smith, Jr. (Barbara); nephew, Max Smith (Catherine) and grandniece Evelyn Anne Smith. She leaves behind a host of family and friends to cherish her memory. Sally was a graduate of Alabama Polytech Institute. She taught for many years in Montgomery County Schools and was known as a life-long learner and teacher. Her greatest joy was making her grandchildren laugh, which she did often. A graveside service will be held at Greenwood Cemetery, Tuesday, May 19 at 11:00 am with Dr. Gary Spooner officiating. In lieu of flowers, the family asks donations to be made in her honor REACH Community Respite Ministry, PO Box 3135, Auburn, AL 36831. Fond memories and expressions of sympathy may be shared at www.Leak-MC.com for the Nichols family.

October 3, 1937 - May 15, 2020 Mr. Charles Ralph "Charlie" Whitaker, Jr., age 82, of LaGrange, passed away on May 15, 2020 at the WellStar West Georgia Hospice. Mr. Whitaker was born on October 3, 1937 in LaGrange to the late Charles Ralph Whitaker, Sr. and Juanita Miller Whitaker. In addition to his parents, he was preceded in death by a brother, Bill Whitaker. Mr. Whitaker proudly served his country in the United States Air Force and retired from the Kroger Company. Survivors include his children and their families; Rick Dudley and his wife Donna, his children, Jennifer, Jake and Megan, Christine Jackson and her daughter C.J., Tracy Hardy and her former husband Billy and her children, Taylor and Michael, Kenneth Whitaker and his wife Melinda and his children, Taylor, Will, Zach and Ashley; brother, Leonard Whitaker; 10 great grandchildren; special friend, Judy Runyan; extended family and friends. A memorial service is tentatively scheduled for October 3, 2020, the date of his birthday. Future plans will be announced. Online condolences may be sent to the family at www.higginslagrangechapel.com. 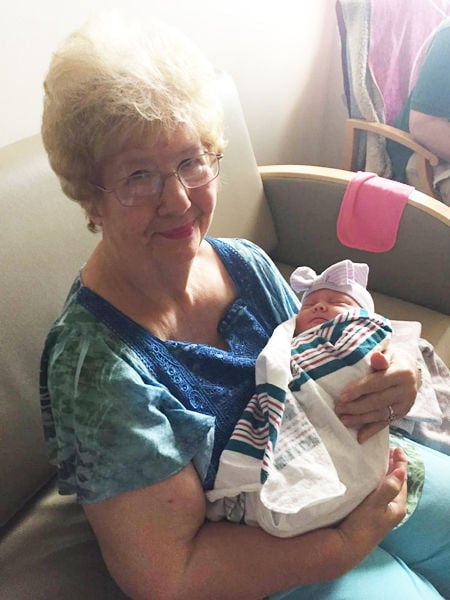 September 22, 1946 - May 11, 2020 Linda Howard Williams of Auburn was born on September 22, 1946 and passed away at Bethany House on May 11, 2020. She was 73 years old. Linda was preceded in death by her husband, Loren Gary Williams; son, Phillip Loren Williams; father, Oscar Excell Howard. Linda is survived by her son, Michael Gary Williams (Jennifer); grandchildren, Phillip Mason Williams, and Loren Blane Williams; mother, Maggie Pearl Howard formerly of Verbena, Alabama sister, Carolyn Howard Nelson (Tommy); brother, Wendell Excell Howard of Austin, Texas. Linda loved playing the piano and taugh piano and voice for over 40 years. Her talent for teaching piano was so good that one of her piano students was accepted to The Juilliard School. Also, she played organ for her church and loved the church choir at Auburn United Methodist Church in Auburn, AL. A Memorial service is pending at this time and will be announced at a later date.