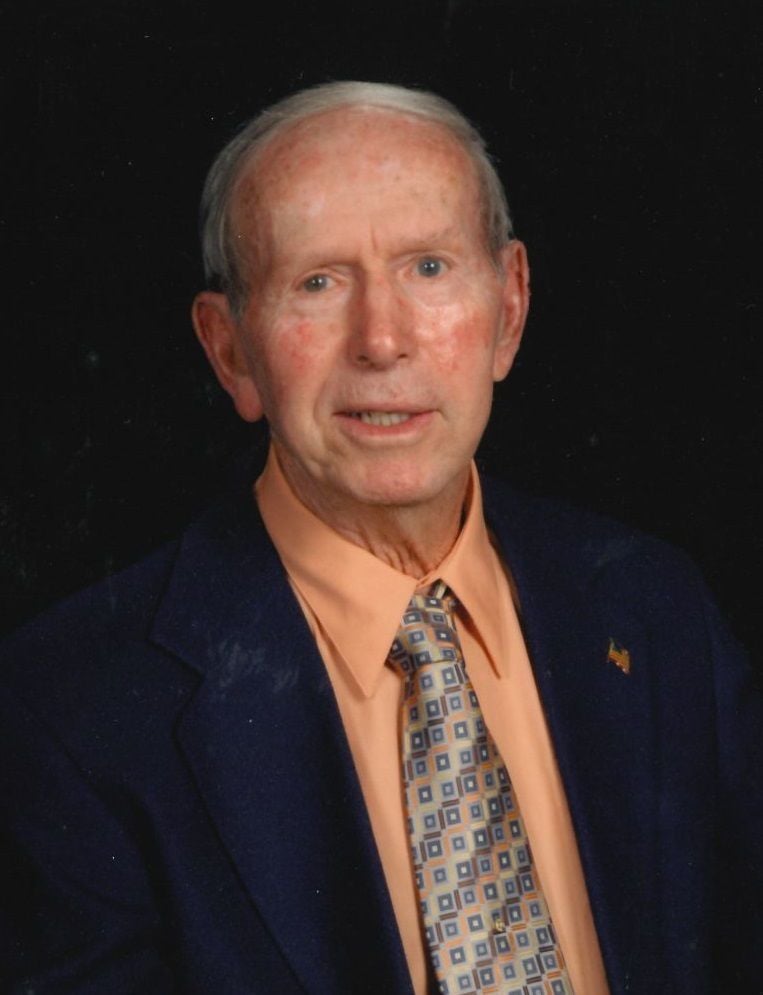 November 15, 1932 - August 30, 2019 Carl Melvin Dillard Columbia: Born in Notasulga, Alabama, Carl was the youngest son of the late Carl Watus and Annie Mae Thompson Dillard. As a young boy, he enjoyed hunting and fishing along the banks of the Saugahatchee Creek. He attended Starke Military Academy in Montgomery, Alabama and graduated from Macon County High School in 1950. He enlisted in the U.S. Navy in September of 1951. Shortly before his enlistment he was introduced to Barbara Irene Cannon on Easter Sunday, March 25, 1951, and while he was home on leave during Christmas he proposed. They were joined in holy matrimony on July 7, 1952 in Knoxville, Tennessee at St. Paul United Methodist Church. Carl was proud to serve his country in the U.S. Navy on the U.S.S. Harwood and the U.S.S. Saratoga. His service spanned over 20 years, during the Korean and Vietnam Wars. Upon retiring from active duty in 1971, he was transferred to the Fleet Reserve of the U.S. Navy in Charleston, South Carolina. During his military career, he and his wife traveled the country and raised five daughters; Sandra, Linda, Deborah, Susan and Donna. After his retirement from the Navy, Carl and Barbara made Columbia, South Carolina their home. For the first year in Columbia he worked for the City of Columbia, and for the next 22 years he had a wonderful career and retired from the S.C. Department of Health and Environment Control where he received the prestigious "Michael D. Jarrett Award." Being an avid fisherman, he was honored to be inducted as a Life Member into the Fort Jackson Bass Anglers Association. Once retired, he and Barbara enjoyed traveling the bass tournament trail. While competing successfully they made many life-long friends. Some of his greatest memories came from traveling abroad and visiting every state in the U.S including Hawaii and Alaska with his wife and family. Carl was a member of Windsor United Methodist Church. Family was the center of his life. He tirelessly gave his love, time and energy to his wife, daughters, and 7 grandchildren. He will be remembered by all who knew him as a truly kind and loving man who always put others first. He is survived by his daughters, Linda Dillard Pinkston (Joseph) of Columbia, Deborah Dillard Jenerette (Bryan) of Lugoff, Susan Dillard Hamilton (Michael) of Columbia, and Donna Dillard McElveen (Samuel) of Lugoff; his 6 grandchildren, Joseph Robert Pinkston, IV (Brianna), Carl Dillard Pinkston, Allen Brewer Jenerette (Breanna), Noah Paul Jenerette, Rachael Rebecca McElveen and Isabella Frances McElveen; as well as many nieces and nephews. In addition to his parents, he was predeceased by his wife of 63 years, Barbara Irene Cannon Dillard; his daughter, Sandra Elizabeth Dillard; his granddaughter, Victoria Leigh McElveen; and by his only sibling, William Barney Dillard. The funeral service for Mr. Dillard will be held 11 o'clock, Tuesday, September 3rd at Shives Funeral Home, Trenholm Road Chapel, 7600 Trenholm Road Ext, Columbia. Burial with US Navy Honors will follow at Crescent Hill Memorial Gardens. The family will receive friends prior to the service beginning at 10 o'clock. The funeral service for Mr. Dillard may be streamed live using the following link: https://www.shivesfuneralhome.com/obituaries/Carl-Dillard/ The family would like to extend their deep appreciation for the love and care shown Mr. Dillard by the staff at The Palmetto's of Parklane and Still Hopes Episcopal Retirement Community. The love, support and care provided by Carl and Barbara's church family has been such a blessing. Memorials may be made to Windsor United Methodist Church, 9500 Windsor Lake Blvd., Columbia, SC 29223. Memories and condolences may be shared at ShivesFuneralHome.com. 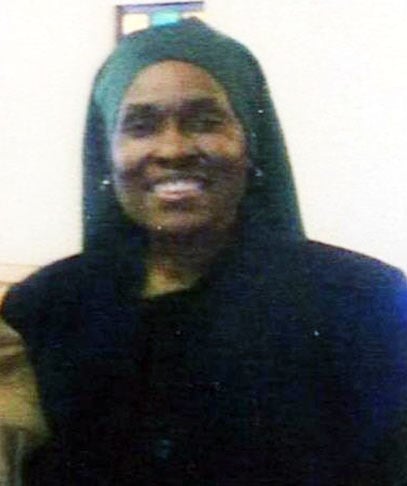 September 1, 1952 - February 26, 2017 Sister Celestine Bernade X Glover Casimire, daughter of the late Halbert Jerrome Glover and Bernade "Precious" Taylor Glover Capers, was born September 1, 1952 in New Orleans, Louisiana. Sister Celestine was a dedicated, devoted, loving, hard-working mother not only to her children but to many more. Sister Celestine Bernade X Glover Casimire transitioned at 4:00 am on Sunday, February 26, 2017 at Bethany House (Hospice) in Auburn, Alabama. She was born and raised in (a native and resident of) New Orleans, Louisiana. A model MGT in the Nation of Islam and astute follower of the teachings of the Honorable Elijah Muhammad, the last and greatest Messenger of Allah. She heard and accepted the teachings and became a Muslim at 19 years of age. She home-schooled her three children, would sew everything they wore, and taught many how to sew the Nation of Islam National Garment (FOI and MGT uniforms, fez or headpiece and wrap skirt); and how to bake the original navy bean pie and whole wheat bread. Beloved by those she leaves behind. She will be greatly missed. She was an inspiration and a mother figure to many she knew. She was a seamstress, accountant, organist, pianist, naturalist, herbalist, gardener, poet, writer, author, best vegan chef and baker, teacher and mother to many including her three daughters: Cecely Bernade Hoover (William); Reina Casimire-Weaver (Ibadah); and Athema Etzioni (Baruch) and four grandchildren Akebalan,Nyela, Zariya and Imaan Etzioni; She is also survived by one brother, Halbert Jerrome Glover, Jr; and a host of cousins, nieces, nephews, aunts, uncles, other family members and friends. She was preceded in death by her parents, Halbert Jerrome Glover, Sr. and Bernade "Precious" Taylor Glover Capers; a sister, Jayne Victoria Carter; and a brother, Geoffrey Jerrome Glover. 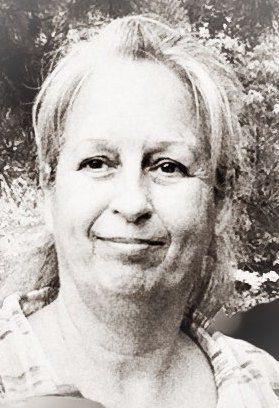 January 12, 1955 - August 25, 2019 Judy Lee Herzing, 64, of Opelika, AL was born January 12, 1955, in Spartanburg, SC, and passed away Sunday August 25, 2019 at East Alabama Medical Center following a massive stoke. She was preceded in death by her mother, Vera Neal Smith and father Starnes L. Smith Jr., as well as by her sisters Patricia Wallace and Ginny Prickett. She is survived by her husband Joe Herzing, daughter Mimi (Shannon) Black, sons Chad (Amanda) Black and Joey Black, and step-sons Brannon (Heather) Herzing and Joshua Herzing. She is also survived by her brothers Steve Smith, William Smith, and sister Debra Jeffers, as well as brother-in-law David (Yvonne) Prickett. She will be missed by all of them as well as by grandchildren Will and Andrew Black, and Zoey, Tristan, and Grayson Herzing, as well as her many nieces and nephews. Judy worked for many years in service at the Auburn Hotel and Conference Center, where she met her husband Joe in 1997. She loved quilting, crocheting, crafting and calling her family daily to chat. She was straightforward, loving, and generous with her praise. She leaves behind many friends who loved her dearly. Legacy Funeral Services handled her cremation, and friends and family will celebrate her life privately, as per her wishes.

November 8, 1930 - August 29, 2019 Janelle Allen Parker, 88, a resident of Auburn, passed away Thursday, August 29, 2019. Funeral services will be held in the chapel at Jeffcoat-Trant Funeral Home Tuesday, September 3, 2019, at 10:30 AM. Visitation will take place 9:30 10:30 AM prior to the service officiated by Dr. Mike King. Mrs. Parker is survived by her daughter, Susan (Gary) Kornergay and son, Rusty (Karen) Parker; grandchildren: Marci Kornegay, Parker (Ansley) Kornegay, Jordan (Ethan) Flanagan, Jeff Parker; and great-grandchildren: Jack Kornegay, Lottie Luck, and Andy Flanagan. She is preceded in death by her parents: Cecil and Ans Mary Allen; sister, Wynema, and brother, Charles Leslie Allen. In lieu of flowers, memorial donations may be directed to First Baptist Church Opelika or Harvest Evangelism.