Tom Hunt speaks Tuesday at the groundbreaking for Home 2 Suites by Hilton at Capps Landing in Opelika. 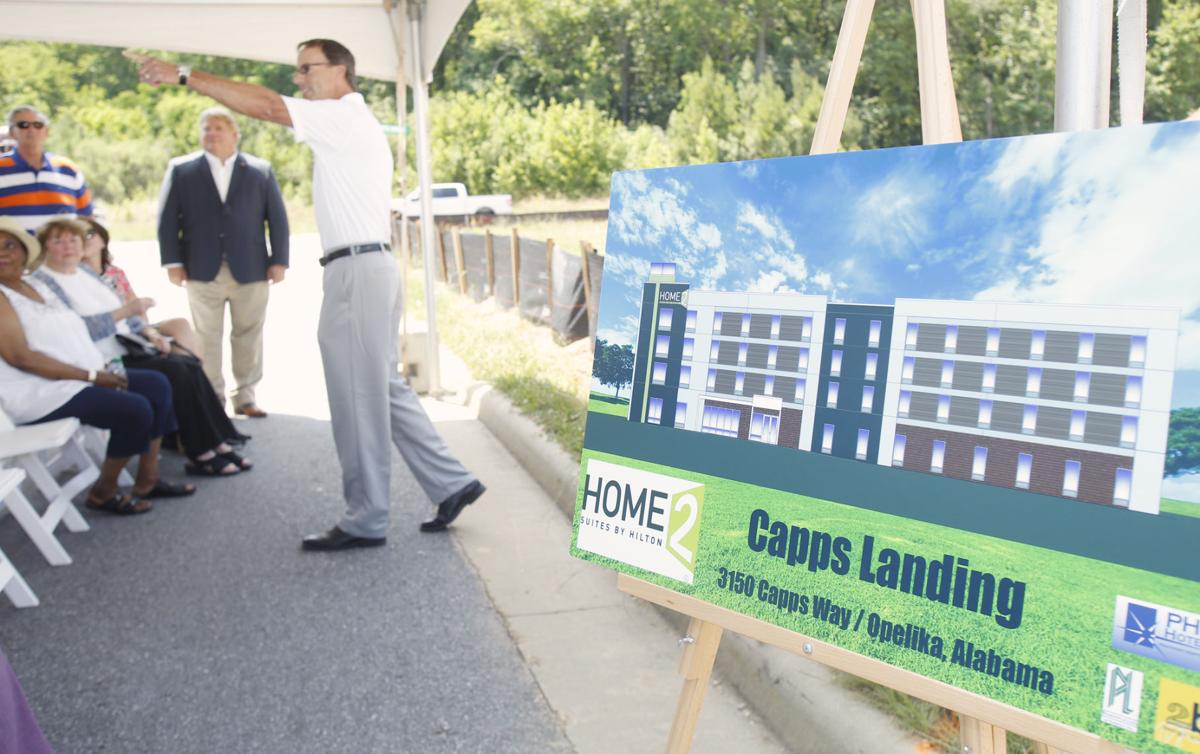 Tom Hunt speaks Tuesday at the groundbreaking for Home 2 Suites by Hilton at Capps Landing in Opelika.

The new 82-room hotel will be a Home 2 Suites by Hilton, and will be the 20th hotel built by PHD Hotels Inc., an Auburn-based hotel management and development company.

PHD Hotels’ President Tom Hunt said he got into the hotel business when he was hired to help open the Hampton Inn in Auburn 25 years ago, and the hotel opened two days before a home football game.

“The first night we had some issues,” Hunt said. “The second night we were full. And I will tell you, and I said this to my wife, ‘That’s the hardest thing I’ve ever done in my life. I will never ever do that again.’ This is our 20th hotel project.”

“We’ve had at least 1,500 employees in these hotels,” Hunt said. “There’s been about 3,000 construction workers on the 20 projects. There has been about – and I did all this math, they’re not exact but these are good estimates – about 4.5 million guests that’ve walked through the doors of our hotels, including 1.3 million of them in the Auburn-Opelika area.”

Opelika Mayor Gary Fuller said he was there on behalf of the Opelika City Council and his friend Auburn Mayor Bill Ham.

“Thank you for this beautiful investment,” Fuller said. “You do great work, and so many guests stay at the Hampton Inn. We’re proud of you, and best wishes for much success.”

Before the official groundbreaking, a prayer was said to bless the project.

“(PHD) stands for practicing hospitality daily, which we get from Romans 12:13, which is share with God’s people who are in need and practice hospitality,” Hunt said. “Again, what a blessing it is to get to be in this industry where we get to do that.”