Alabama Governor Kay Ivey asks citizens to continue wearing masks and use social distancing during a coronavirus update in the state capitol building in Montgomery, Ala., on Tuesday June 29, 2020. 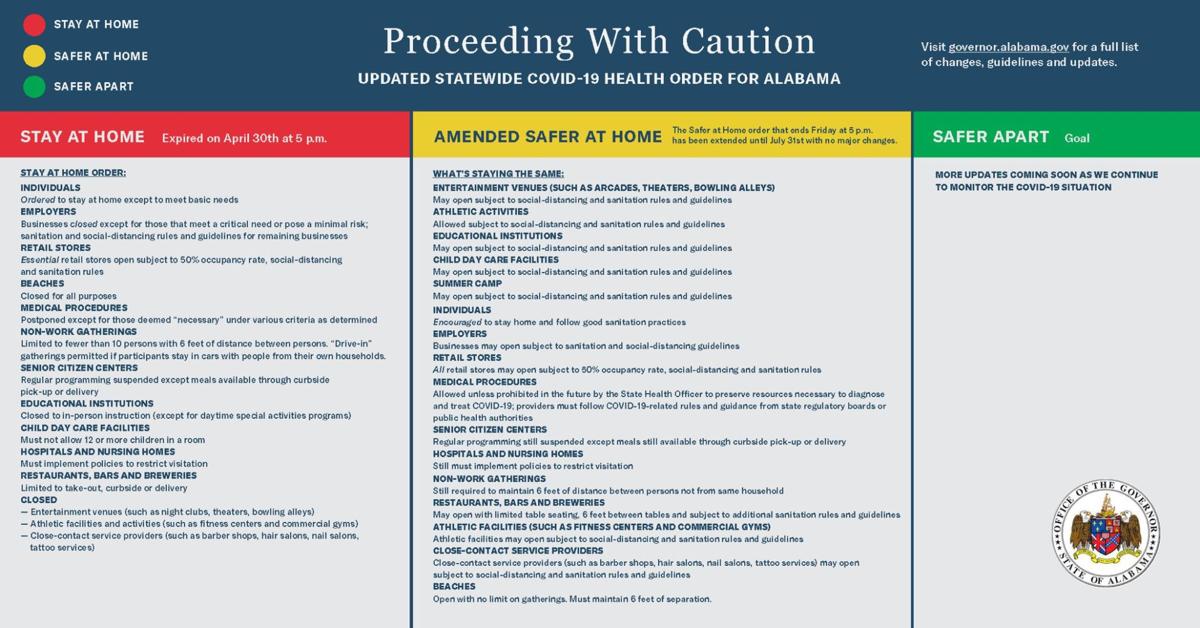 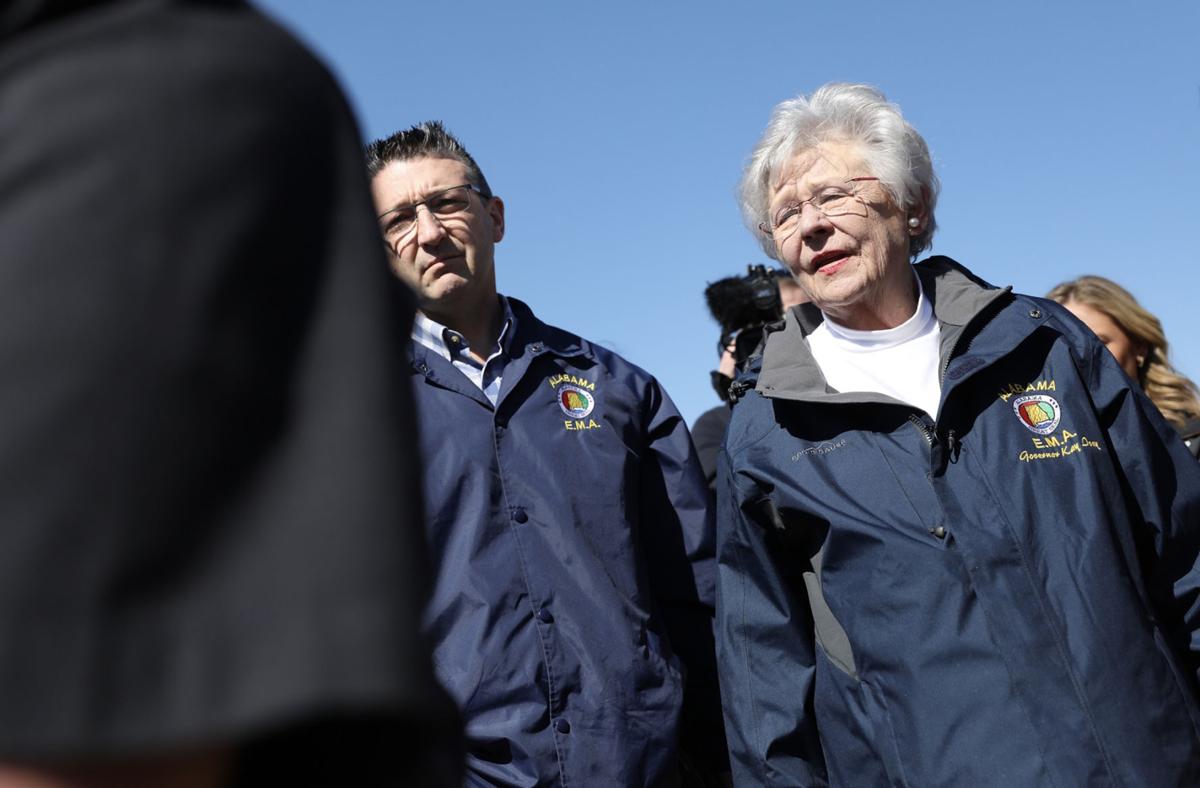 Alabama Governor Kay Ivey asks citizens to continue wearing masks and use social distancing during a coronavirus update in the state capitol building in Montgomery, Ala., on Tuesday June 29, 2020.

Alabama will remain under a safer-at-home order for a few more weeks due to rise in new COVID-19 cases.

Gov. Kay Ivey announced Tuesday that Alabama’s Safer-At-Home order, which was set to expire Friday, is extended to July 31 at 5 p.m.

“We are still in the thick of this virus disease and it is deadly,” Ivey said. “We are learning how to live with this disease and need to continue to do what we need to do to avoid another stay at home order.”

Ivey added that the state has the right to reverse course on the safer-at-home order, should the hospital crowding trends continue upward.

“If we continue going in the wrong direction and our hospitals are not able to handle the capacity, then we are going to reserve the right to come back and reverse course,” she said.

State Health Officer Dr. Scott Harris noted that Alabama’s hospital are reporting more confirmed COVID-19 patients than they have seen so far during the virus outbreak.

There are 715 COVID-19 patients hospitalized in Alabama now and about 300 more who are hospitalized and awaiting test results.

“These numbers are higher than we have seen so far,” Harris said. “We have around 275 ICU beds remaining statewide all total.”

Ivey and Harris have yet to require facemasks or coverings in public; however, they strongly encourage people to wear them.

“When you’re in public, for goodness sake, wear a mask,” Ivey said.

“Dr. Harris and I can order you to wear a mask but it would be next to impossible to enforce,” she continued. “You shouldn’t have to order somebody to do what is just in your own best interest and that of the folks that you care about, your family, friends and neighbors.”

Harris feels that by wearing a face covering, people show that they care for others.

“The reason to do that is because you care about other people,” Harris said about wearing facemasks. “We know that face coverings aren’t perfect and they don’t prevent everything but we do know that they limit your chance of giving the infection to someone else if you have it and as we know many people who can spread the disease don’t even know that they’re infected.”

The state has also partnered with several Alabama athletes, including Auburn’s Bo Jackson and Charles Barkley, to make video PSAs that encourage residents to wear facemasks.

The Alabama Department of Public Health (ADPH) is releasing a new COVID-19 statewide map that will have color-coding by county to show local alert levels.

“We’re going to use this mechanism as a way of letting you get just a quick glimpse of what is going on in your county throughout the state,” Harris explained. “It’s something that can be used by local officials as well as they decide how to do things for their community. It’s a way for schools and the circuit courts and businesses and other organizations in the community to get an idea of how they are doing and how to proceed.”

Counties will be red, orange, yellow or green, based on the 14-day trend of COVID-19 cases in the county.

The map will be updated every Friday.

Safer-at-Home allows for the following activities – provided they abide by social distancing and sanitation rules:

I’m hosting a press conference with Dr. Scott Harris & local officials today at 10 a.m. to provide an update on our state’s #COVID19 efforts. You can watch it live at https://t.co/Y9juKjEtTO or your local news stations. #alpolitics #TogetherAL @ALPublicHealth pic.twitter.com/hnNZIZ88rZ