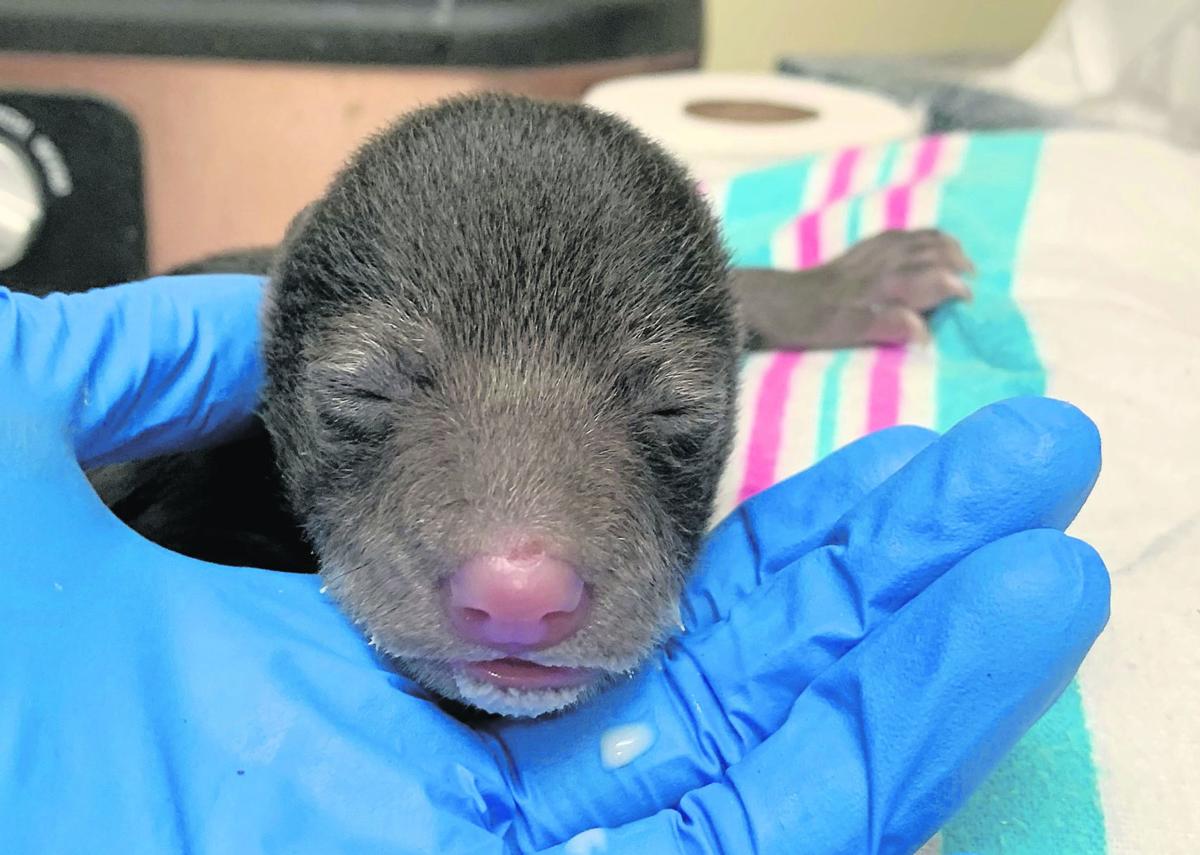 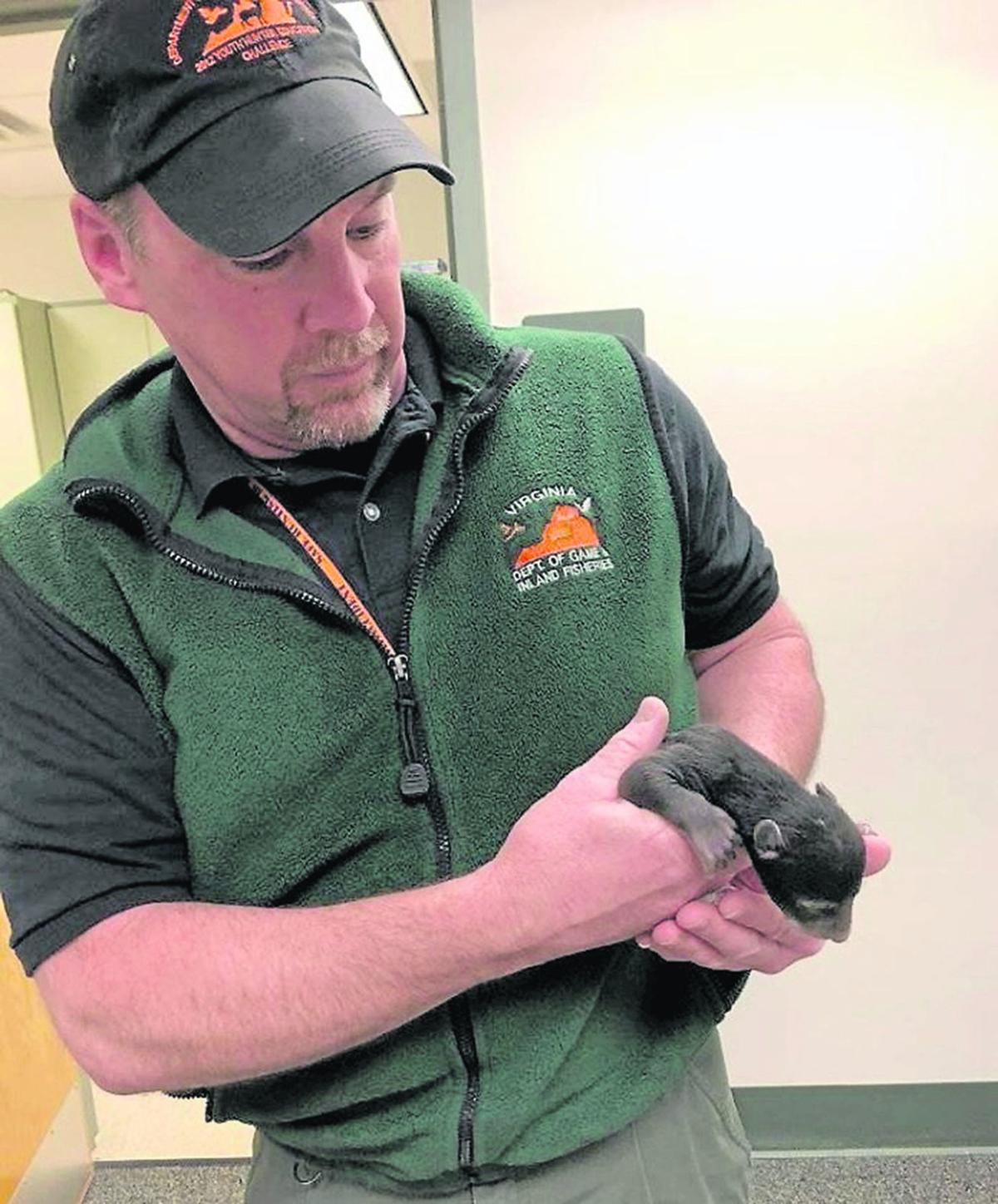 Jeff Pease of Wytheville, a hunter education specialist for the Virginia Department of Game and Inland Fisheries, holds a newborn black bear cub rescued after a pet dog carried it home Wednesday.

BRISTOL, Va. — An orphaned bear cub rescued Wednesday after a pet dog in Washington County gently carried it home will be fostered out to a female bear nursing cubs of her own.

Bill Bassinger, district wildlife biologist with the Virginia Department of Game and Inland Fisheries, said the dog’s owner called a licensed wildlife rehabilitator, who called VDGIF. Bassinger then picked up the bear and took it to the VDGIF office in Marion to be fed before the cub was carried to the Virginia Wildlife Center in Waynesboro.

“They care for it there,” he said. “We keep female bears with (radio) collars on for this very purpose — to foster orphan cubs.”

Bassinger said each collar has a unique radio frequency. Conservation officers will use the collars to locate female bears. Next, they will go to the areas where the bears are and listen for cubs making sounds in the den.

Once a sow with cubs is located, a staff member will place the orphaned cub outside of the den, and the mother bear will more than likely adopt it.

“The mothering instinct is just very strong in most animals,” he said. “Generally, most females will take the young back, even after it has been handled by humans.”

Bassinger said the cub was about two to three weeks old. Bears mate from mid-June to mid-July. Bear cubs are born in January or February.

According to The Wildlife Center website, where the organization posts updates on animals brought to the center, the male bear cub weighs a little more than one pound, is bright, alert and vocalizing. He was mildly dehydrated but otherwise healthy.

“The cub was settled into an incubator, and the rehabilitation staff added him to their round-the-clock bottle feeding schedule,” the website said. Staff members soon plan to introduce the cub to another cub at the center that was found in Craig County.

“DGIF reported that they located two active den sites, both with sows and cubs. The dens are difficult to access; the biologists will continue to assess the situation and will plan to attempt fostering during the week of February 10. It’s likely that the two cubs will be fostered separately, due to the size and age difference; the biologist will also need to assess the number and age of cubs present at the den sites and will make final decisions in the field,” the center’s website states.

Bassinger said the dog that found the cub carried it gently home and did not hurt the cub.

“There were no signs of injury to the cub whatsoever,” Bassinger said.