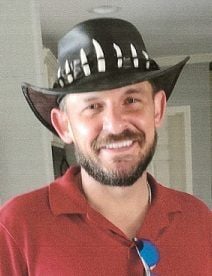 April 30, 1980 - February 22, 2020 Mr. Brian Brooks, age 39, died as the result of an accident on Saturday evening February 22, 2020 near Demopolis, Alabama. He grew up in the Beauregard community and attended schools at Samford and Beauregard and Southern Union. He was employed at Benny Whitehead, INC, a trucking company of Eufaula, Alabama. He worked as OTR (Over-the-Road) truck driver for 5 1/2 years, traveling to the West Coast and back. Prior to that he was a framer working for several building contractors in the area. He then became a licensed General Contractor in the area as well. Brian is the son of Cindy Harrison of Beauregard and Greg Brooks (Kathy) of Pocatello, ID, He is survived by his sister, Holly (Jason) Price and niece Maddie of Beauregard, brothers, Chris Davis (Aimee) and nephews, Jake and Drew of Conway, SC, and Gregory (Brittany) Brooks of West Virginia. Grandparents Quinton Brooks (Sandra) of Moss Point, MS and grandparents, Arnold and Mickie Eades of Beauregard. He was preceded in death by a grandfather, Ed Jacob and great grandparents, Cecil and Vivian Disney of Opelika. He leaves many aunts, uncles, cousins and other relatives and friends and will surely be missed. A special friend, George Hadley of Auburn who was more like a brother to him than just a friend. The family will receive friends at Jeffcoat-Trant Funeral Home on Wednesday, February 26, 2020 beginning at 4:00pm until 6:00pm. Jeffcoat-Trant Funeral Home and Crematory handling the arrangements. www.jeffcoattrant.com

To plant a tree in memory of Brian Brooks as a living tribute, please visit Tribute Store.
+1
Plant a tree
+1
Load entries