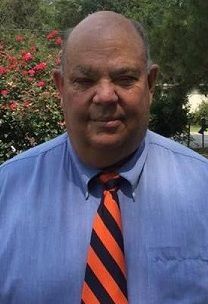 February 27, 1956 - December 27, 2019 A celebration of life service for Jim Gilchrist will be held Sunday, December 29, 2019 at 2 PM at Jeffcoat Trant Funeral Home with John Treadwell, Dr. Tom McClendon, and Bud Passmore officiating. The family will receive friends prior to the service at 1 PM. Jim was born on February 29, 1956 in Opelika, AL and went to be with the Lord on December 27, 2019. He was a graduate of Opelika High School, then attended Southern Union Community College before he transferred to Auburn University where he received a BS in Education. Jim worked many years in the insurance business but the majority of his career was at Auburn University in Facilities where he worked for over 22 years. Jim was an avid fan of the Atlanta Braves but his love of Auburn Football, Baseball, and Basketball was his greatest past time. He enjoyed working security detail for anything associated with Auburn Athletics. Jim will be remembered for his wonderful sense of humor and loyal friendship to so many. Jim was an active member of Farmville Baptist Church where he served as a Sunday School teacher and Brotherhood Director. Jim was preceded in death by his parents, James and Glenice Gilchrist of Opelika, and grandparents Wilson and Millie Bailey of Opelika and Alvin and Estelle Gilchrist of Opp. He is survived by his sister Pam (Gary) Kenney of Opelika, brother Jeff (Lisa) Gilchrist of LaGrange, GA, nephews Jacob (Rachel) Kenney of Opelika, Jonathan (Lydia) Kenney of Smith Station, niece Anna Kenney of Birmingham and great nephew Caleb Kenney of Opelika. Donations may be made to Farmville Baptist Church in Auburn or the charity of your choice.

To plant a tree in memory of James Gilchrist as a living tribute, please visit Tribute Store.
+1
+1
Load entries