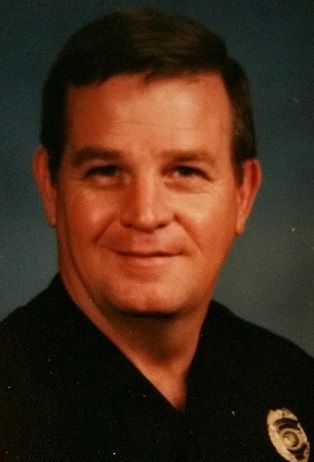 May 23, 1947 - December 27, 2019 Mr. Grady Jones, 72, passed away December 27, 2019 at his home in Auburn, Alabama after a courageous battle with cancer. Visitation with the family will be Monday, December 30th at Jeffcoat Trant Funeral Home from 6:00 to 8:00 p.m. The service will be Tuesday at 11:00 a.m. at Parkway Baptist Church, Auburn, Alabama. The body will be available for viewing one hour prior to the service. Interment will follow directly after the service at Auburn Memorial Park. Mr. Jones was born May 23, 1947, in Falls Church, Virginia to Herman and Bama Jones. Being the son of a military family, he lived in many places before settling in Auburn in 1961. He graduated from Auburn High School and was attending Livingston College when he enlisted with the Marine Corps in 1968. He served in Vietnam in 1969 as a Scout Dog Handler. After returning to Auburn, he started his career with the Auburn Police Department. There he established the D.A.R.E. Program in Auburn City Schools where he was affectionately known as "O.J.", Officer Jones. Through this program he worked with children to empower students with drug resistance strategies and developed a rapport between the children and the Police Department. He started the Summer D.A.R.E. Camp for graduating fifth graders involving police, fire fighters and community volunteers. He retired after 28 years of service with the City of Auburn. Mr. Jones was an active member of Parkway Baptist Church and the Billy Stelpflug detachment of the Marine Corps League. He is preceded in death by his parents. He is survived by his wife of 40 years, Vicki Crawford Jones and their son Jeremy (Beth) Jones of Auburn. He is also survived by his daughter Brandi (Timothy) Davis of Ohatchee, Alabama; brother Gary (Pam) Jones of Antonito, Colorado; sisters Nancy Willis, Barbara (Chuck) Barall, Karen (Phillip) Davidson of Auburn along with many nieces, nephews and cousins. The family would like to express their appreciation to Dr. Farmer and her staff at EAMC Cancer Treatment Center for the loving care he received during his illness. Flowers are welcome; however, the family respectfully requests memorial donations be made to Parkway Baptist Church Building Fund, 766 East University Drive, Auburn, Alabama or a charity of choice. Jeffcoat-Trant Funeral Home and Crematory directing.