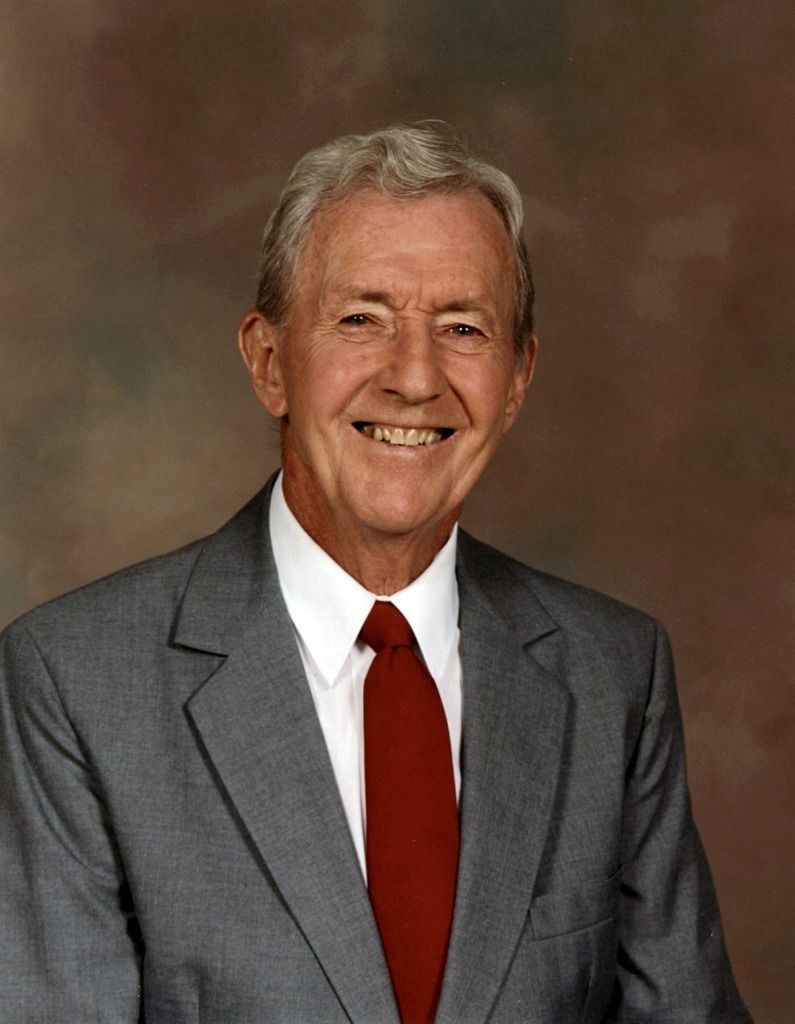 June 13, 1920 - September 9, 2019 Dr. Harold Kjar passed away on September 9th, 2019, at the age of 99. He will be missed by all who knew him. He is survived by his daughters: Pam Craft, Deb and Robert Pickren, and Pat Cutchins; grandchildren: Jenni and Matt Shoffer, Steven and Shannon Craft, Christi Pickren and Merit McMannis, Kevin Pickren and Crystal Williams, Tania and Landon Fitzgerald, and Courtney Cutchins; great-grandchildren: Caity Belle Shoffer, Clay Shoffer, Carly Shoffer, and Ryan Fitzgerald. He is also survived by two sisters: Agnes Wilhelm of Englewood, Colorado, and Evelyn Cochran of Fremont, Nebraska. There are many cousins, nieces, and nephews as well. He was preceded in death by his loving wife Mary, and his son, David. Visitation will be held on Thursday, September 12, from 6:00-8:00 PM at Jeffcoat-Trant Funeral Home. A funeral mass will be held at St. Michael's Catholic Church on Friday, September 13 at 10:00 AM, with Father Farmer officiating. Burial will be held in Memorial Park Cemetery, Auburn, Alabama. Dr. Kjar was born in Lexington, Nebraska. He graduated from Lexington High School in 1937, where he excelled in track and field by running a five-minute mile. He graduated from Iowa State University in 1943 with a Doctor of Veterinary Medicine degree. While at Iowa State, he was a member of the elite Iowa State Cossacks a precision equestrian drill team. He graduated as a Pfc in the US Army, but he never saw active duty due to being needed on the home front. He was married to Mary Dorene Swift on January 22, 1944. Together, they had four children. He owned a private veterinary practice in Lexington until joining the veterinary staff at Auburn University in 1968 as Associate Professor Head of the Ambulatory Unit. In 1978, he accepted the position of Extension Veterinarian for the Alabama Cooperative Extension Service. He was named Veterinarian of the Year by the Alabama Veterinary Medical Association in 1982-83. He retired in 1986. He was an avid golfer and enjoyed traveling to see his family and friends. He was a member of St. Michael's Catholic Church, where he was on the parish council, served as an usher, and served as a receptionist. Despite becoming mostly blind in his later years, he was able to live in his home for almost twenty years (with the loving help of his Auburn family and friends) after the death of his dear wife, Mary. The family respectfully requests that in lieu of flowers, contributions be made to Catholic Charities, Catholic Relief Services, or any other disaster relief services to help the current hurricane victims.