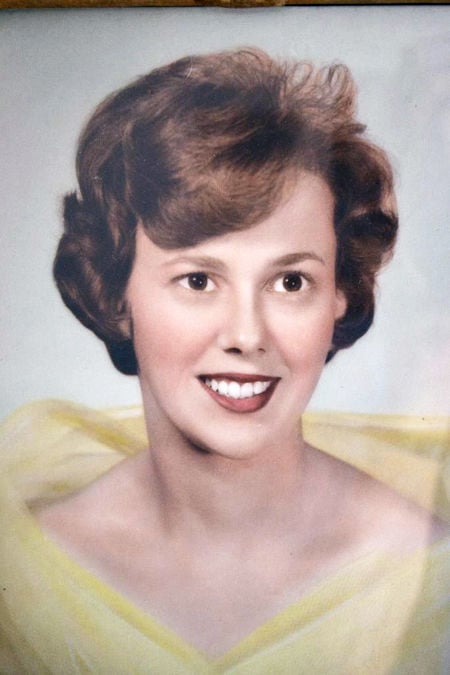 April 6, 1941 - June 23, 2020 Ann Bowling Pearson was a child of Auburnthe village and the University--and was not only a student of their history, but a faithful supporter of both through untold philanthropic endeavors. Born in Montgomery April 6, 1941, she died in her sleep at Noble Hall June 23, 2020, her last two beloved cats in attendance. Ann suffered from Sjogren's Syndrome for many years. Ann was educated in what were then Lee County schools, graduating from Auburn High School, in what is now East Samford School. She received her bachelor's degree in English from Auburn University in 1963, her master's from the University of North Carolina, Chapel Hill, in 1964, and her Ph.D. in English Literature (emphasis in Victorian literature) in 1971, from Auburn University. She taught at Georgia Southwestern State University, in Americus, Georgia, then at Auburn University. For a time, Ann was a humanities librarian at Auburn University. For many years, she had a newspaper column in the Auburn Bulletin, "In Random Order." She also wrote movie reviews for the Opelika-Auburn News. Ann published annual children's Christmas stories in the Bulletin and The Villager, all of which involved cats. She published three crime novels, then partnered with Auburn natives Ralph Draughon, Jr. and Delos Hughes to publish "Lost Auburn, a Village Remembered in Period Photographs." That was followed by "No Place Like Home," co-authored by Draughon, Hughes, and Emily Amason Sparrow. Ann also authored the Auburn section of "Lee County and Her Forbears," by Alexander Nunn. Dr. Pearson was active in many community endeavors. She was a founding member of the Lee County Humane Society and supported its efforts until her death. She served as President of the Auburn Heritage Association, and Auburn Cemetery Advisory Board. She was a member of the Auburn Unitarian Universalist Fellowship in Auburn. She was a life member of the Lee County Historical Society and served on its board. Ann had a special interest in cemeteries and was a member of the Association for Gravestone Studies, with whom she traveled to various cemeteries in this country. As Lee County's representative to the Alabama Cemetery Preservation Alliance, she located and recorded numerous historic rural cemeteries. Ann led the effort to clean up Auburn's historic Baptist Hill Cemetery in the 1990s and convinced the City to take over its maintenance. More recently, she funded enhancements to Auburn's historic Pine Hill Cemetery. Its biennial Pine Hill Lantern Tour was founded by Ann and Carolyn Levya concept idea borrowed from such a tour in Savannah. Ann's interest in historic preservation manifested itself in the ongoing preservation of her home, Noble Hall, an intact 1854 antebellum home and farm of 238 acres, including the old kitchen, the overseer's house, the carriage house, the smokehouse, a barn and a sharecropper's cabin, added in 1945. It was purchased by her great-grandfather in the 1940's, inherited by her mother, then Ann. She saw to it that Noble Hall was the first structure in Lee County to be put on the National Register of Historic Places, in 1972. The Alabama Historical Association gave her the prestigious Roy Swayze Award for her work on Noble Hall. Ann also moved and refurbished the Guthery House, formerly on North College, then Bragg Avenue, which now sits on its third site, next to Noble Hall. Several years ago, she purchased the Dowdell-Alvis-Emrick House, "Sunny Slope," on South College Street. She had it renovated and donated it to Auburn University. It is now the home of Auburn University's OLLIOsher Lifelong Learning Institute. Ann cherished many long-time friendships. Until very recently, she still attended KD sorority alumni luncheons (the "Vintage KDs") and meetings of her book club--The Chick-lits. She was also active in the Colonial Dames for many years. A cat-fancier of many years, Ann maintained two cat cemeteries at Noble Hallone for run-of-the-mill cats, and one for "Head Cats"those who exhibited leadership qualities. The latest tombstone was placed last month. Shelton Mill Road was rocks and dirt when Ann was a child at Noble Hall, so her mother dubbed it "Stony Lonesome." Growing up there gave Ann an innate appreciation of nature. She loved fishing the pond her father built, which was also the home of an alligator for some 50 years. Several years ago, she placed half of her beloved acreage into a conservation easement, to preserve it in its natural state for posterity. Ann was predeceased by her mother, Elizabeth Duncan Pearson (whose father, Luther Noble Duncan, was the president of then Alabama Polytechnic Institute), and her father Allen P. Pearson. She is survived by several south Alabama Pearson cousins, nieces and nephews, a Duncan cousin and nieces in Tennessee, and numerous long-time friends in Auburn who cherished her quiet sense of humor and intellect. Ann is also survived by what she termed "The A Team" --Carolyn Neloms and John Filmore--both of whom helped her stay in and maintain her beloved Noble Hall for more than twenty years. Graveside service will be held at 10:00 a.m. Saturday, June 27, 2020 at Pine Hill Cemetery. Contributions in Ann's name may be made to the Lee County Humane Society, the Lee County Historical Society, or the Food Bank of East Alabama.

To plant a tree in memory of Ann Pearson as a living tribute, please visit Tribute Store.
+1
Plant a tree
+1
Load entries