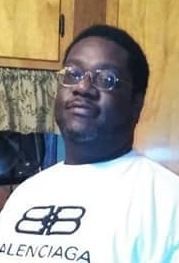 Mr. Brady Pitts, Jr. passed away Thursday, March 19, 2020 at Emory University Hospital in Atlanta, GA. He was a successful entrepreneur, cook, and car shop owner until his health declined. In 1995, he graduated from Kendrick High School in Columbus, GA. He is survived by: his parents, Brady Pitts, Sr. and Gabriela Lewis both of Columbus, GA; one brother, Aaron Pitts (Chanel) of Stockbridge, GA; five children, Brandy D. Pitts of Washington, D.C., Brady Pitts, III and Bra'nae Cobb both of Columbus, GA, Braxton Cobb (United States Marine Corps) Cherry Point, NC and Boston Pitts of Columbus, GA; three nephews, Ja'kel Brown and Aron Pitts both of Stockbridge, GA, and Aaron Pitts of Columbus, GA; one niece, Jah'Aaron Lewis of Columbus, GA.; two aunts and one uncle; several cousins, adopted children, and cherished friends. At this time, there will not be a funeral service. A Celebration of Life Memorial Service will be scheduled at a later date.

To plant a tree in memory of Brady Pitts as a living tribute, please visit Tribute Store.
+1
Plant a tree
+1
Load entries