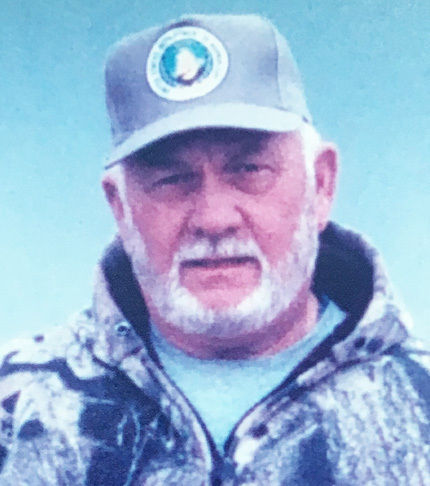 September 18, 1939 - August 20, 2019 Jerald "Shorty" Shoemaker, age 79, of Notasulga, AL, formerly of Carthage, died Tuesday, August 20, 2019, at his residence. Funeral services will be 2 PM, Thursday, August 29, 2019, at Trinity Lutheran Church in Carthage. Burial will follow at the church cemetery. A family visitation will be 5-6 PM, Wednesday, at the Willoughby Funeral Home in Howard. Jerald Roy Shoemaker was born on September 18, 1939, to Roy and Norma Shoemaker of Carthage, South Dakota. Jerald attended Carthage High School and graduated in 1959. He joined the Army National Guard and was honorably discharged after 8 years of service as a sergeant. He worked at his father's farm until 1965 raising cattle, hogs, corn, and grain. Jerald met Dawn Linee Howard and they were married Oct 24, 1965. Craig Arlan was born Oct 3, 1967, and Carin Mary was born May 11, 1971. His children were the pride of his life. Jerald started his career in 1968 as an Animal Damage Control Agent for the U.S. Fish and Wildlife Service in Red Cloud, Nebraska, where he worked for two years before moving his family to eastern North Dakota in 1970. In 1975, they moved to Stanley, where Jerald was a Wildlife Services Specialist for USDA, APHIS, until 2002. Jerald loved working as a government trapper for ranchers and farmers on their wildlife problems, especially coyotes. He worked on bird problems, deer issues at airports, jackrabbits on runways, geese or beavers on golf courses, and bats in belfries. He also loved flying in a fixed-wing plane to help ranchers with their predator problems. Jerald developed an agency-wide safety plan for which he was bestowed a special achievement award in 1997 by the USDA. His work ethic was unmatched. He loved his job and his worth was in his work. Jerald retired after 34 years of federal service. Jerald was a member of the National Wildlife Federation, Minor County Sportsman's Club in South Dakota, Rolling Plains Sportsman's Club in Stanley, America Legion #139, the National Elk Foundation, and Duck's Unlimited. He served on the church council of the Trinity Lutheran Church in Carthage and the Knife River Lutheran Church in Stanley. What most people will remember is Jerald's love of fishing, hunting, gardening, and family. Jerald enjoyed fishing and hunting since he was first taken out by Donnie Stroud as a youngster. He instilled a love of the outdoors to his children. Many a walleye was caught and goose was shot while fishing and hunting with family and friends. Jerald was inducted into the North Dakota Fishing Hall of Fame in 2004 after winning the North Dakota Governor Cup. He held a U.S. Coast Guard license for many years. After his retirement, he farmed and guided until he moved to Alabama, where he was the Double C Farm manager, a title given to him by Carla. He also traveled to Alaska with his friends and family to catch salmon, halibut, and lingcod, and Mexico to catch dorado, marlin, and tuna. The best part was eating the smoked or grilled fish he prepared and trading fishing tales over supper. Jerald had many loves in his life: his wife, Dawn, his children and their loved ones, his friends, his fishing, his work, and his dogs. He loved to laugh and play jokes on people. You knew you were loved by Jerald if he pulled a prank on you. Jerald and Dawn's daily banter was a sign of their closeness. Jerald was the perfect friend; authentic, reliable, and honest. All who knew him respected him. He was pure goodness, kindness, and steadfastness. Jerald had the gift of calmness and strength in any situation. No matter the circumstance, he always knew the right words to say or joke to tell, to put others at ease and make them feel good. In November 2016, Jerald was diagnosed with Idiopathic Pulmonary Fibrosis (scarring in the lungs). He handled this progressive terminal illness the way he handled his life with courage and a good attitude. Jerald put the love of his family and friends above his own comfort and told them not to worry and that everything would be okay. He took care of them until his last breath. He passed peacefully at home while in Dawn's arms, the love of his life for 53 years, on August 20, 2019. He was a cherished and treasured man who will be missed by all! Jerald is survived by his wife, Dawn of Notasulga, AL; son Craig (Carla) Shoemaker of Notasulga, AL; daughter Carin (Chad) Richardson of Ogallala, NE; brother Arlan (Diana) Shoemaker of Belle Fourche, sisters Adele (Leonard) Raad of Spearfish, Ardis Shoemaker of St. Ignatius, MT, and Marilyn Berg of Milbank, SD; and grandson Austen Lee, and great-grandchildren (Josh and Emelyn). Jerald was preceded in death by his parents, Roy and Norma Shoemaker and brother-in-law, Mike Berg. Family visitation will be Wednesday August 28, 2019, from 5 6 p.m. at the Willoughby Funeral Home in Howard, SD. The funeral service will be Thursday August 29, 2019, from 2 3 p.m. at the Trinity Lutheran Church in Carthage, SD. Graveside military honors will follow the service and dessert will be served in the church basement following the graveside service. In lieu of flowers, Shorty requested contributions be sent to the Carthage Lutheran Cemetery Fund, Trinity Lutheran Church, 200 S Buell Street, Carthage, SD 57323 or the Idiopathic Pulmonary Fibrosis Foundation, 230 East Ohio Street, Suite 500, Chicago, Illinois 60611, https://ipffoundation.org. Condolences may be sent to The Shoemaker Family, 2205 CO RD 39 Notasulga, Alabama 36866 Condolences may be sent to the family at www.willoughbyfh.com

To plant a tree in memory of Jerald Shoemaker as a living tribute, please visit Tribute Store.
+1
+1
Load entries