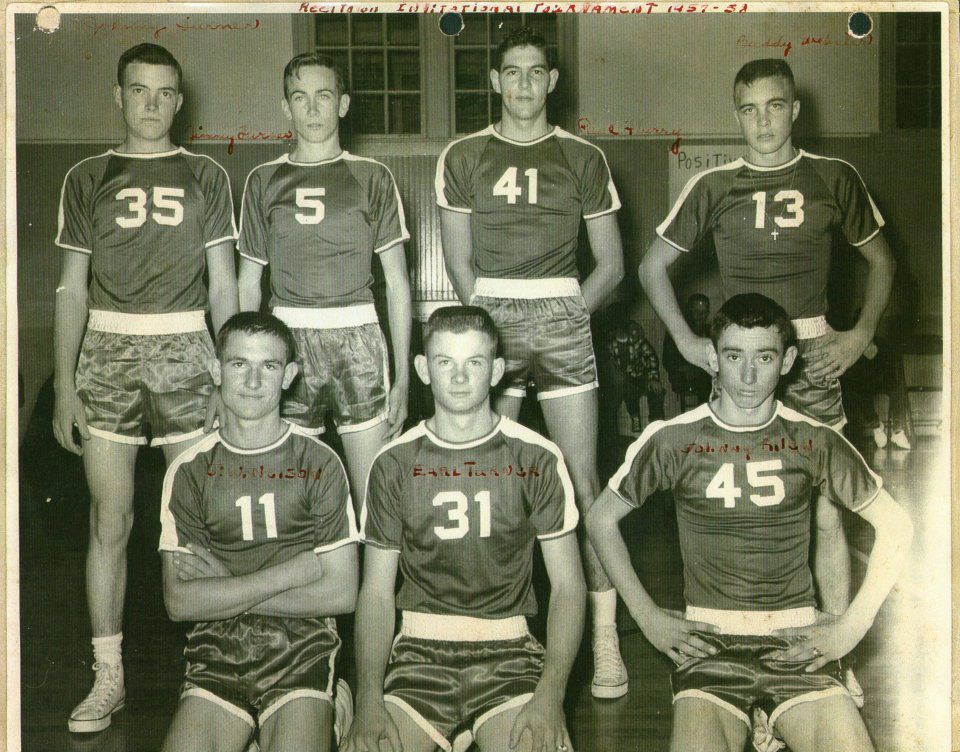 The 1957-58 Union High School Indians represented one of the smallest schools in the state when the team defeated opponents from several much-larger schools to win the county championship. The school near present-day Lake Martin no longer exists today. (Photo courtesy of Phyllis Pitchford) 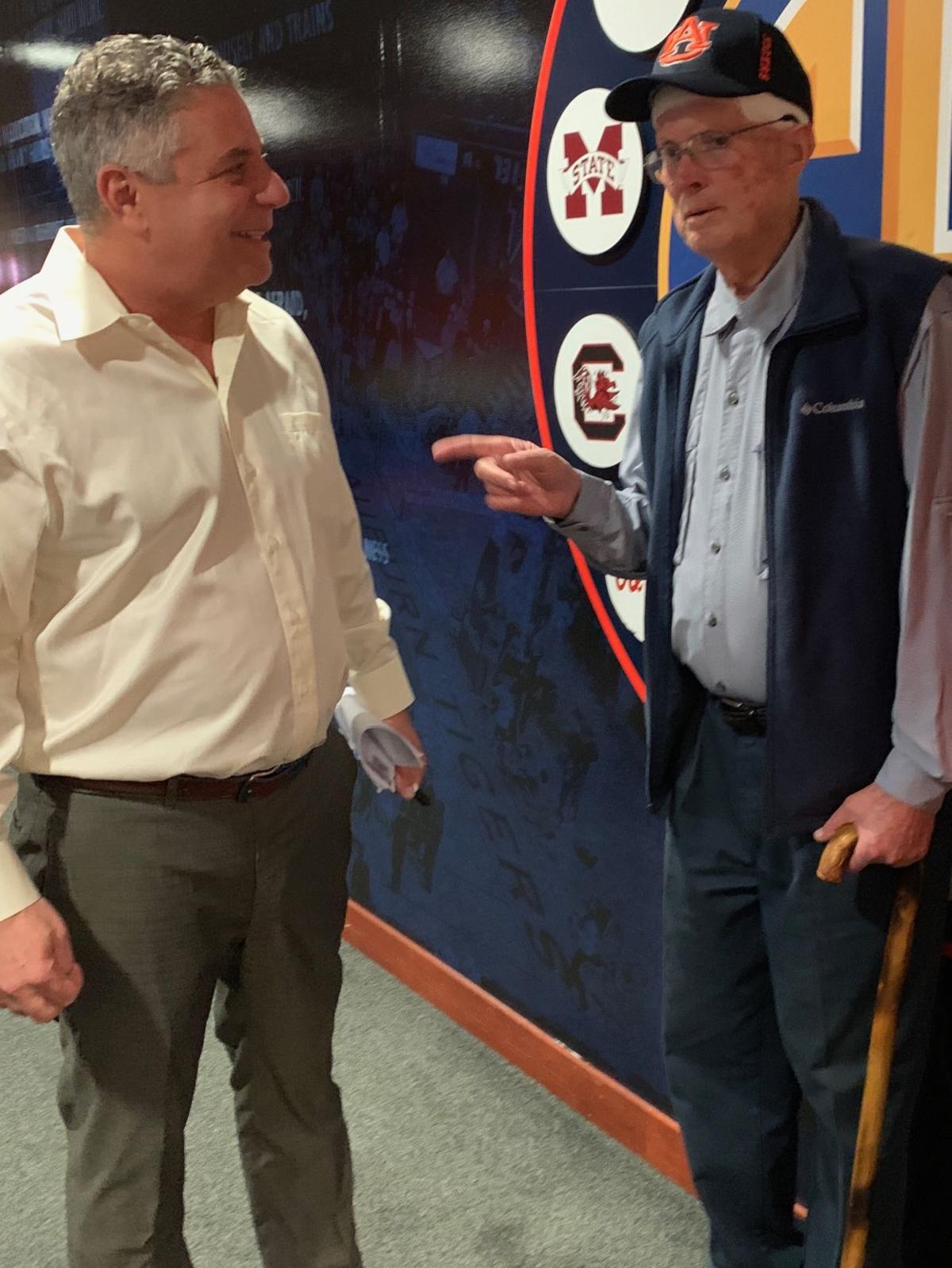 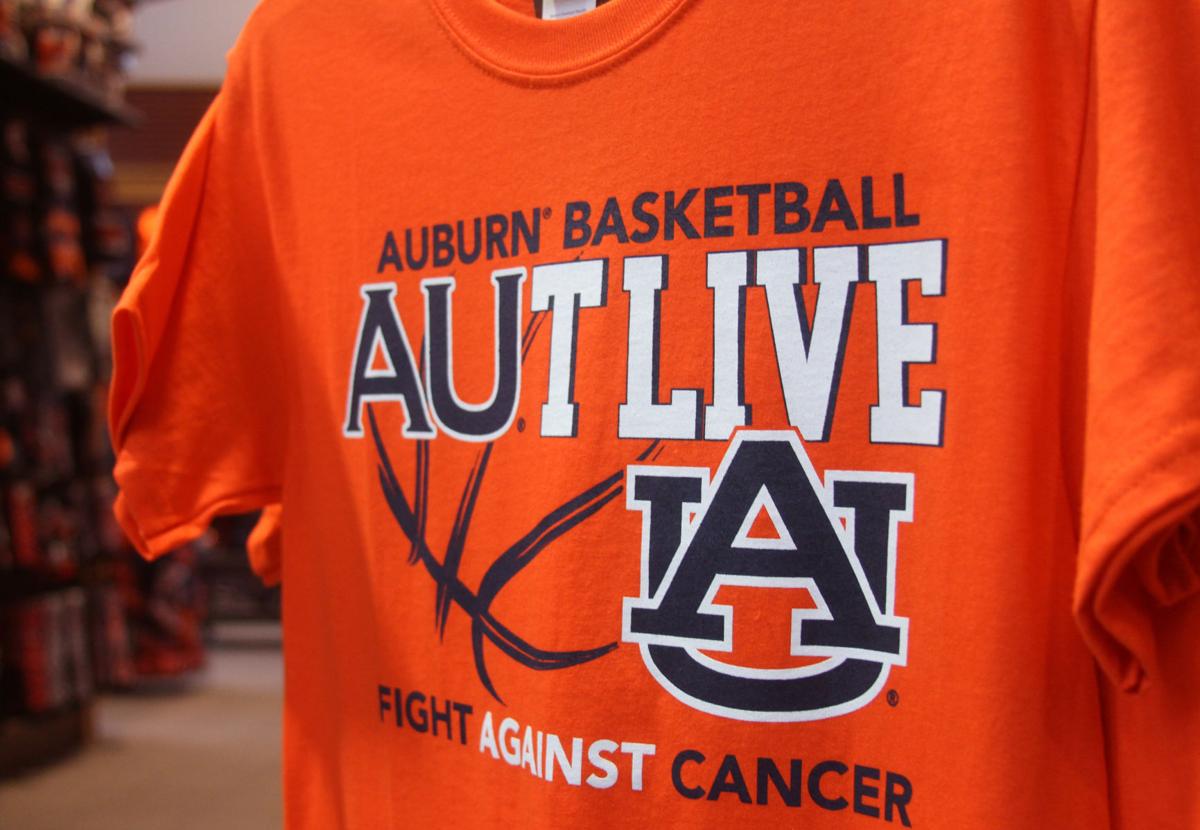 The 2019 AUTLIVE T-shirts are for sale at the Auburn Tigers team store at Auburn Arena leading up to Auburn basketball team’s AUTLIVE game against Alabama on Feb. 2. (Sara Palczewski/sarap@oanow.com) 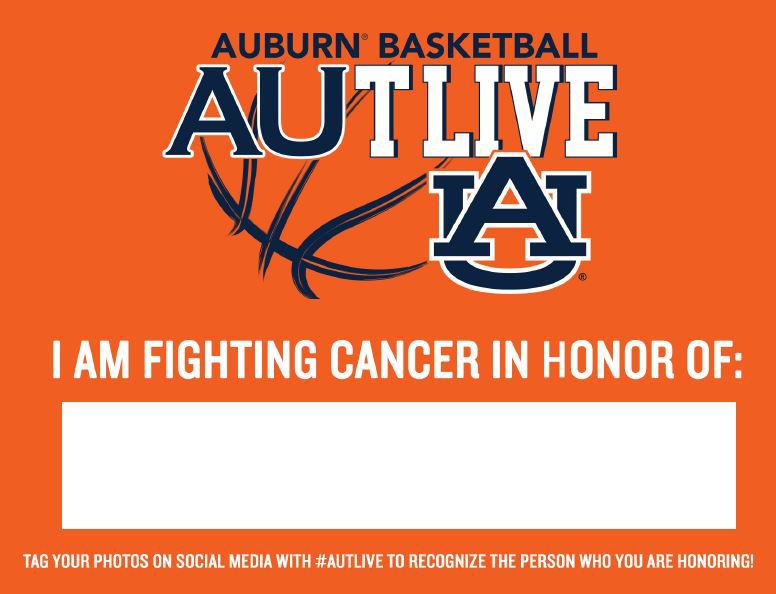 Fans attending Saturday night's Auburn-Alabama basketball game will be invited to make a special dedication as part of the AUTLIVE Cancer challenge.

The 1957-58 Union High School Indians represented one of the smallest schools in the state when the team defeated opponents from several much-larger schools to win the county championship. The school near present-day Lake Martin no longer exists today. (Photo courtesy of Phyllis Pitchford)

The 2019 AUTLIVE T-shirts are for sale at the Auburn Tigers team store at Auburn Arena leading up to Auburn basketball team’s AUTLIVE game against Alabama on Feb. 2. (Sara Palczewski/sarap@oanow.com)

Fans attending Saturday night's Auburn-Alabama basketball game will be invited to make a special dedication as part of the AUTLIVE Cancer challenge.

Today, not even the abandoned halls, broken windows or scarred wooden floor remain.

They did. For many years, in fact, even after the lights so long ago were turned off for the last time.

Eventually, however, some years ago now, they tore it all down -- the final physical remnants of a real-life, legendary “Hoosiers" type story about a small school and its basketball team that once lived in the back woods of Tallapoosa County.

Cooter Nelson came over to our table when he saw my Dad and me unwrapping a hot biscuit during our weekly Saturday morning outing.

“You betcha,” I replied, as Dad sometimes is slow to speak at breakfast, partly because of his continued recovery from 17 surgeries in two years of an ongoing cancer fight, and partly because, well, he is always hungry till he has that first biscuit.

“I love my basketball, now, and always have,” Cooter declared.

Cooter knew that Dad understood. They both played once upon a time for legendary but long-disappeared Union High School. Dad later coached there.

But what Cooter didn’t know is that on that very evening, Dad would rebound enough from a summer-long hospital stay to indeed be watching the Auburn game. And, he would be doing so not from the normal recliner at home, but only a few seats away from Coach Bruce Pearl and the Auburn Tiger bench as a special guest.

It became, you might say, a wonderful show of mutual respect between two coaches.

“Hoosiers,” the movie, was set in Indiana. It portrays a small rural high school with a basketball team in the 1940s that barely consisted of a full five players.

But, it just kept winning and winning, finally making it to the biggest of big-city stages and, against all odds, winning a state championship.

Nearby Lake Martin did not exist before the 1920s, the construction of Martin Dam and its hydroelectric plant on the Tallapoosa River.

When work on building the dam came, so did hundreds of workers, and so did new schools in the area to replace the old one-room schools that had been the norm since this part of Alabama was first settled in the early 1800s.

Union High School was built during this dam-construction era, off of present-day Alabama Highway 50, only about five miles from the dam.

Basketball ruled. It was all the tiny school had, and for the humble, hard-working farmers and laborers who lived anywhere nearby, it was the biggest source of entertainment.

People from miles around would come to games in Union, filling the small gym with standing-room-only crowds to watch the Union Five take down giant after giant that dared to trot upon the Union Indians’ shiny hardwood floor.

Big teams finally stopped playing in Union. “We have nothing to gain, everything to lose,” they’d tell Union coach “Lefty” McGill.

But the county schools had to play Union. And so it was in 1957 when my Dad was a star player and helped lead Union to the highest pinnacle available back then – the county championship.

They beat Alex City, Dadeville, Reeltown, and anyone that would play Union that year.

My Dad was offered a scholarship to play college basketball after that. He turned it down.

He had only one set of good clothes, and he was embarrassed to go to a college with no good clothes. He thought people would laugh at him and his family.

So, he went into the Air Force instead.

He saved up his money, came home and married my wonderful mother.

Years later he returned to Union basketball, this time as its coach. Then in the early 1970s, the school closed its doors for the last time. Decades later, it was torn down.

But for guys like Dad and Cooter Nelson and the many other long-timers who still live in and around Union, there is no forgetting.

That’s why Dad was so surprised when the phone rang and for the first time in many years, he heard those first two words:

The surprise “coach” greeting, which instantly gave him a powerful dose of youth, was only the beginning.

When I met with Bruce a few months ago for a story involving him, I mentioned that Dad was a fan of his.

Bruce wanted to know more, and when he learned of Dad’s fight with cancer, it became personal.

Bruce Pearl, for whatever reasons of his own, hates cancer. The man wants to coach beating it worse than he wants to beat Alabama, Duke or anything else.

He insisted on getting Dad’s phone number. That, in turn, led to calls over the next few months telling Dad he couldn’t give up. “You have a family that loves you and needs you. You’ve got to beat this, for them if not you. Don’t you quit!” Bruce harped on him.

Bruce Pearl has a very clear way of speaking when he gets on his soap box. Nothing gets lost in interpretation. He's a coach.

“We’ve got to get you to a game next season,” he told Dad last fall. But at the time, the words fell upon a man who at one point questioned if he could ever talk again, let alone walk; and it seemed silly to think he would ever again set foot at an Auburn basketball game like he did when Pistol Pete came to town or when we watched Charles Barkley manhandle Kentucky.

But Bruce called. Bruce coached. And the winner in Dad rose again.

Finally on a recent Saturday night, head bandaged and wooden cane in hand, Dad accepted Bruce’s invitation to attend another game. Bruce met us, and he and Dad talked a good 10-15 minutes about basketball and beating cancer.

It was the biggest smile I have seen on my Dad’s face in more than three years.

Oh, and Auburn won. He stayed for the whole game.

Only when I was a young adult did Dad finally get an Auburn degree and become the first college graduate in the Turner family, which first established roots in this area during the 1840s.

My earliest Alabama forefather arrived as a minister at Sardis Methodist Church; his son came with him until he went back to Georgia to fight in the Civil War with his childhood friends. He returned, and both he and his father settled in the Walnut Hill area and struggled to survive the Reconstruction Era.

Turner Road on Lake Martin is named for our family, which farmed the lands now under the waters of Lake Martin. But none of those Turners before my Dad ever earned a college degree.

I guess Dad finally felt he had enough good clothes to go to class.

Bruce Pearl can win or lose all the games he ever coaches, and it will matter not with his winner status in our home. He’s a good man with fantastic family of his own, and I hope I can always call him a friend for what he did with my father. We will forever be supporters of his AUTLIVE Cancer program and we praise him for his efforts.

And as for the friendly ghosts that still dribble the imaginary lanes of Union High School?

Today, only a small, marble sign stands alongside Highway 50 to identify what once was the pride and joy of a community that worked to bring the first electricity to Alabama, and then later electrified crowds with basketball teams that could win when even only three or four players were left on the floor.

There was something special about Union.

There still is, today.

Basketball, friends, neighbors... and a love of good life.

Editor's note: Today's column is one in a series of articles published in the Opelika-Auburn News this week in support of Auburn basketball Coach Bruce Pearl's AUTLIVE cancer campaign. The 2019 AUTLIVE game will be 7 p.m. Saturday vs. Alabama.