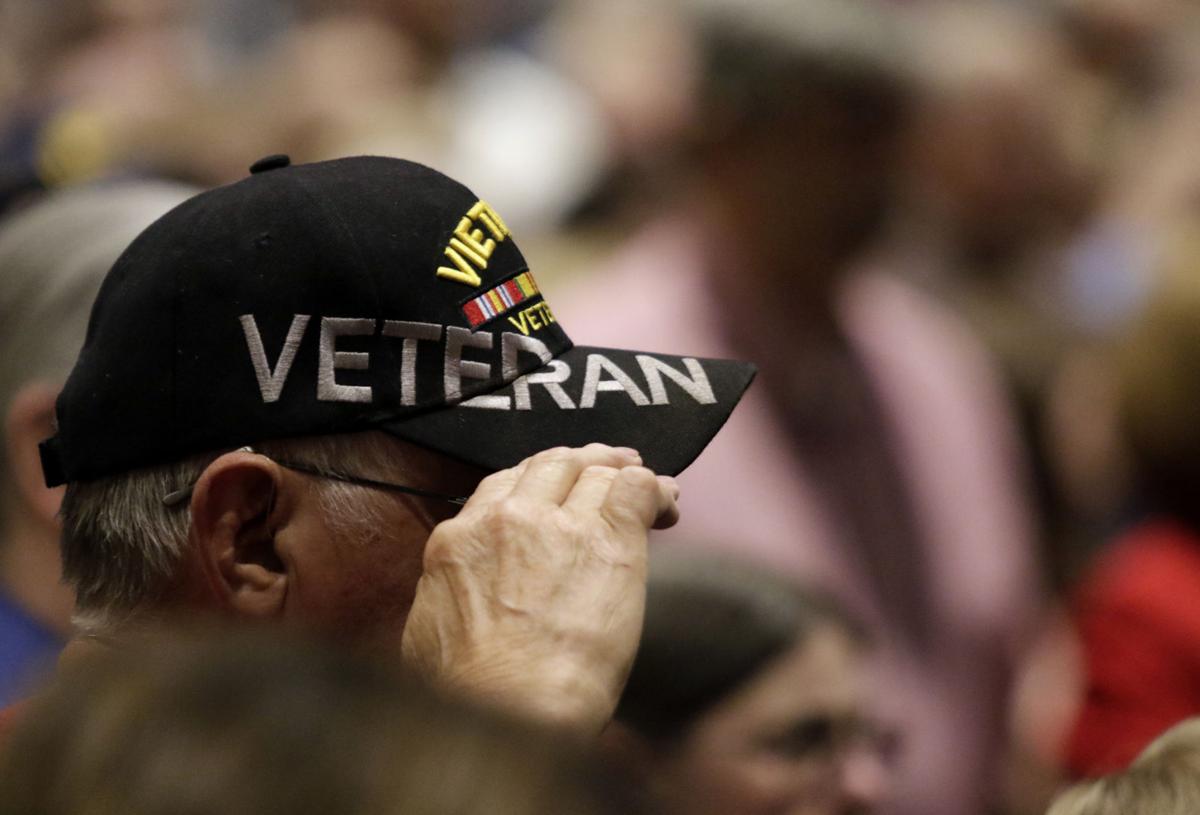 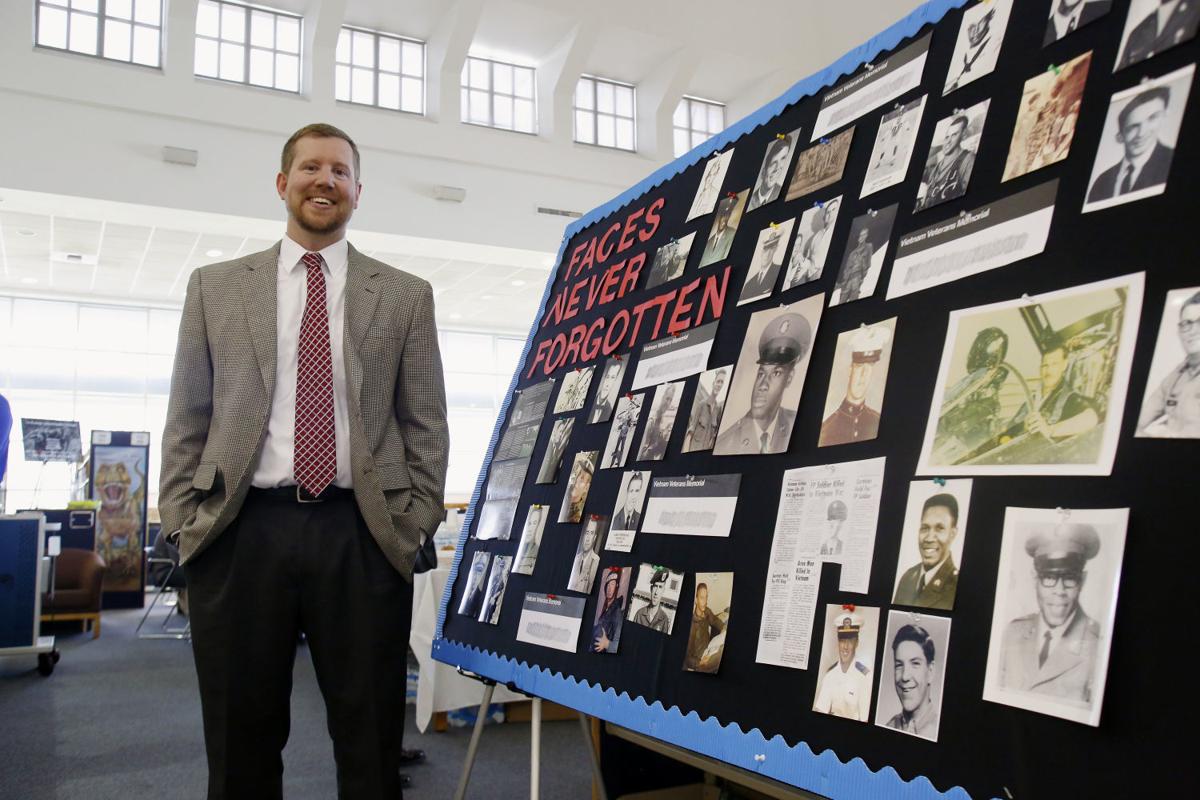 Auburn High School history teacher Blake Busbin in this 2016 file photo stands by a board showing pictures of veterans in spring 2016 during the school's Veterans Project interviews. Busbin was selected as the 2017 Alabama History Teacher of the Year, and the veterans project continues today. (File photo) 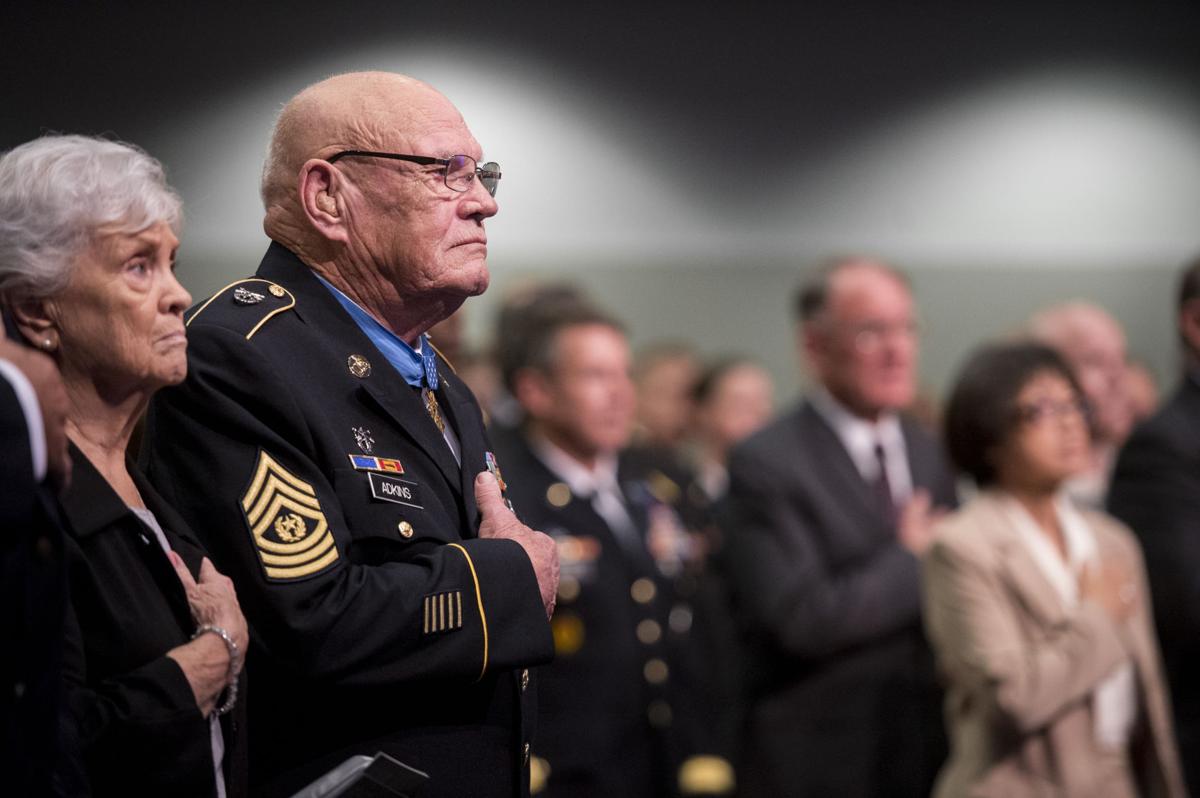 Auburn High School history teacher Blake Busbin in this 2016 file photo stands by a board showing pictures of veterans in spring 2016 during the school's Veterans Project interviews. Busbin was selected as the 2017 Alabama History Teacher of the Year, and the veterans project continues today. (File photo)

The outstanding work of Auburn High School students and their leader, Blake Busbin, is not done when it comes to collecting the history of Vietnam veterans from the state.

Busbin and the students in recent years collecting and preserving these histories have done so in a masterful way. However, the most meaningful result of the project may have little to do with creating an important record of history.

Just knowing someone will listen.

These are among the attributes most cited by the veterans themselves who interview after interview give more thanks than they receive.

Being given a chance to talk about their ordeals is great therapy for some, a welcome break from the daily doldrums for others.

Getting the long overdue recognition they deserve remains a unifying appreciation of them all.

Busbin and AHS realized that more veterans want to share their stories, and so, more interview opportunities are on the way to match students with veterans.

“Marking 50 years since the Vietnam War and 200 years of statehood, Auburn High School students invite veterans of the Vietnam War from across Alabama to join them as they seek to document the history of Alabama’s Vietnam War service,” the school announced in a recent release.

On Friday, Auburn High School once again will host Vietnam veterans for oral history interviews. Those wishing to share stories of their service can reserve an interview for the time best for them with interviews offered throughout the day at 10 a.m., 12:30 p.m., and 2 p.m.

Participation in oral history interviews offers an opportunity for reflection and remembrance for those sharing, in addition to providing a chance for the interviewing students to gain a greater understanding of the Vietnam War through the veteran’s eyes, Busbin explained.

“These interviews allow veterans and students to come together in an intimate conversation, passing on the history of our nation from one generation to another,” Busbin said. “The Vietnam War was one of the most consequential events of the 20th century for America, yet it remains a period of time that is highly misunderstood, with the stories of those who served often going unnoted.”

Interviews are audio-recorded and normally last between an hour to 90 minutes. Two or three students lead the interview process, allowing them to become the historians for that day.

Having concluded a month-long study of Vietnam, students work with professional historians to build their interview skills before leading the oral history session.

Questions are carefully crafted to allow veterans to respond with the memories they wish to share.

Veterans receive a copy of their interview, and a copy will be archived with the Library of Congress Veterans History Project.

Auburn High is an official partner of the Department of Defense Vietnam War Commemoration program, and participating veterans who have not already been so recognized will be presented with the 50th anniversary commemoration lapel pin.

The interviews also are officially endorsed by the Alabama Bicentennial Commission.

For more information or to sign up for an interview, email Busbin at wbbusbin@auburnschools.org or call Auburn High School at (334) 887-2120.