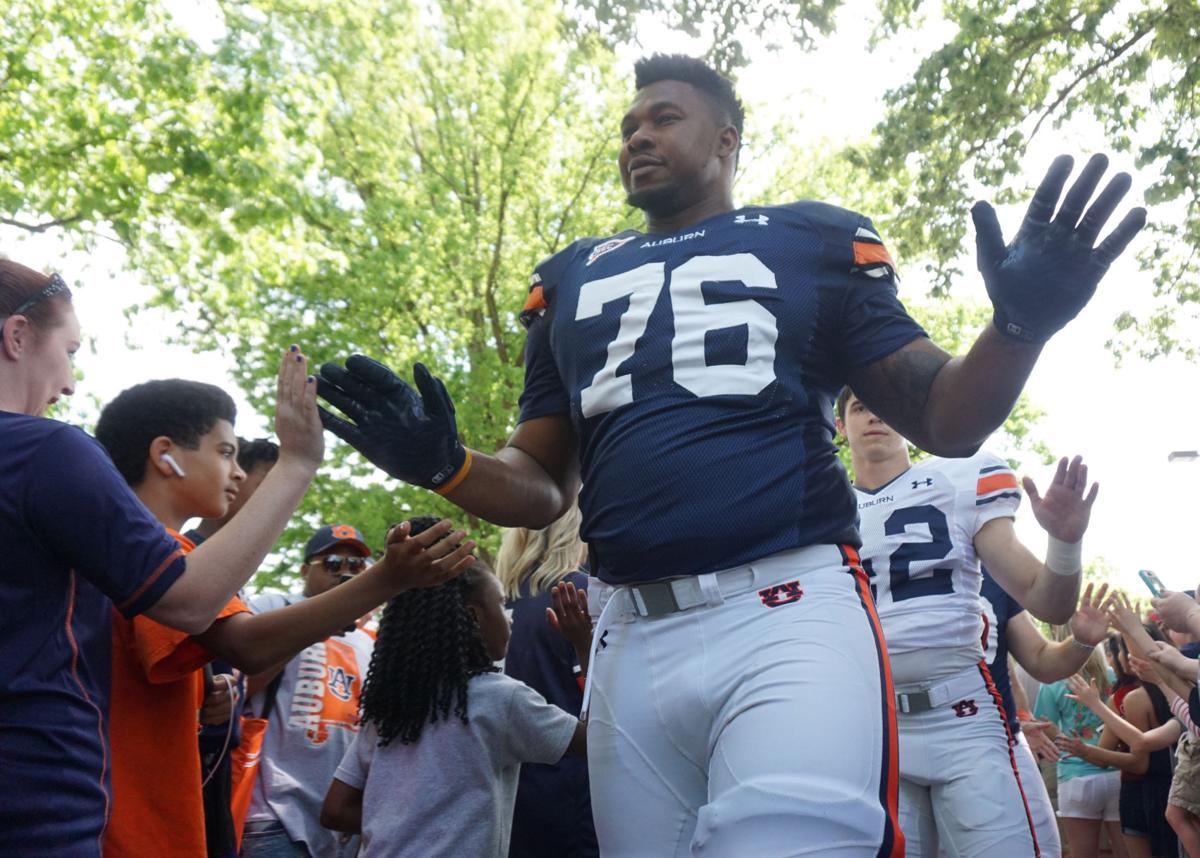 Auburn left tackle Prince Tega Wanogho greets fans at the team's Tiger Walk before the A-Day game April 13. Wanogho is among five senior starters back on the Auburn offensive line this season. 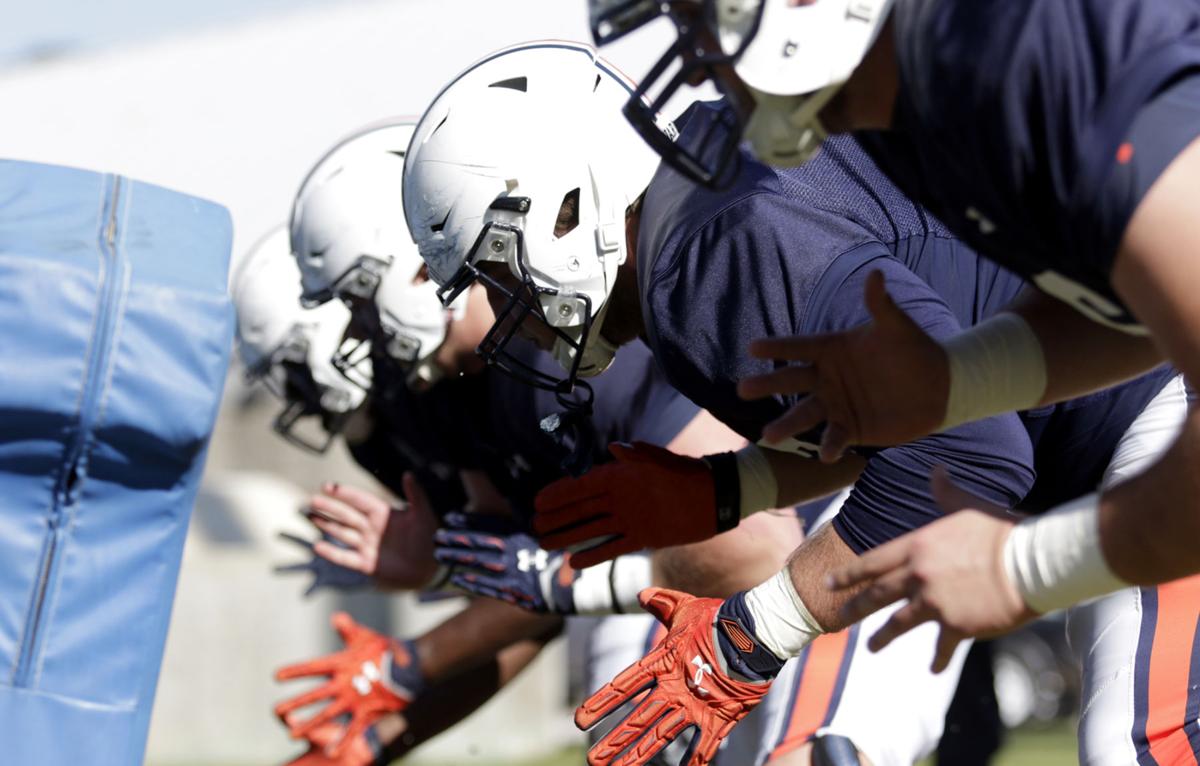 The lights will be burning bright when Auburn’s youngster quarterback trots out on the field at AT&T Stadium, with the world watching him — and the Oregon defense bearing down on him — during the season’s first snaps on Aug. 31.

Fortunately for the Tigers, that youngster will have five big veterans on the offensive line in front of him working to move mountainous men and to protect him.

Auburn returns all its starters along the offensive line from last season, which will be huge for the Auburn offense and its new quarterback attack — whether that be led by freshman Bo Nix or redshirt freshman Joey Gatewood or a combination of the two.

After Auburn started last season with questions up front, the Tigers coaches and players alike are convinced a topsy-turvy 2018 has forged their offensive line by fire and sharpened a now-experienced group to the point where it has flipped the script and become a pillar for the team going into the 2019 season.

Auburn returns the five senior starters that started most of the team’s games last season, plus two more that came on in relief at different points in the year.

Across the board, Auburn can project five experienced seniors to start along the offensive line, from left tackle Prince Tega Wanogho to left guard Marquel Harrell to center Kaleb Kim to right guard Mike Horton to right tackle Jack Driscoll.

Wanogho and Harrell started every game, as did Horton. Kim started eight games, with rising sophomore Nick Brahms starting the other five in the middle of the seasons. Sophomore Austin Troxell started for Driscoll in one game after Driscoll went down with injury.

Those linemen will be the first to admit the Tigers struggled up front last season, especially early on in the year. But Auburn is confident the O-line turned a corner later in the season, and the Tigers expect the experienced group to anchor the offense this season.

Veterans will dictate the story for Auburn up front this year — while a cast of youngsters and newcomers wait in the wings for many spots to open up next season due to graduation. Among them, guard Keiondre Jones was highlighted by head coach Gus Malzahn to be one of the vocal leaders of Auburn’s 2019 signing class.

Sometime after Auburn’s 63-14 romp over Purdue in the Music City Bowl, and as third-year players at Auburn and across the country considered coming back to college or making the jump to the NFL, Harrell swiped open his phone and sent a text to his partner on the left side.

“After I made my decision (to return) I texted Tega and I told him, ‘If you come back, we’re going to win the national championship,’” Harrell recalled this spring.

The Tigers on the offensive line are confident, with all their muscle coming back in the trenches, that they can pave the way for Auburn on the way to a special season.

“If you go back and you watch those four — those last four or five games as an offensive line, even though some of the games didn’t turn out in our favor, you just seen the offensive line take steps each and every game, and I was proud of that, especially after the bowl game,” Harrell said. “I was like, OK, we really have a chance to be, like, really, really good.”

“Offensive line was really one of the bright spots, I felt like, in spring,” Malzahn said in May. “Of course, from this time last year, it’s like night and day — and it should be. They’re all back. Chemistry is extremely good. It really gave us a chance to be a lot more aggressive and do some different things and try some different things up front. I’m really looking forward to those guys and their leadership.”

Auburn outlook: Surveying the Tigers' roster for 2019; position by position