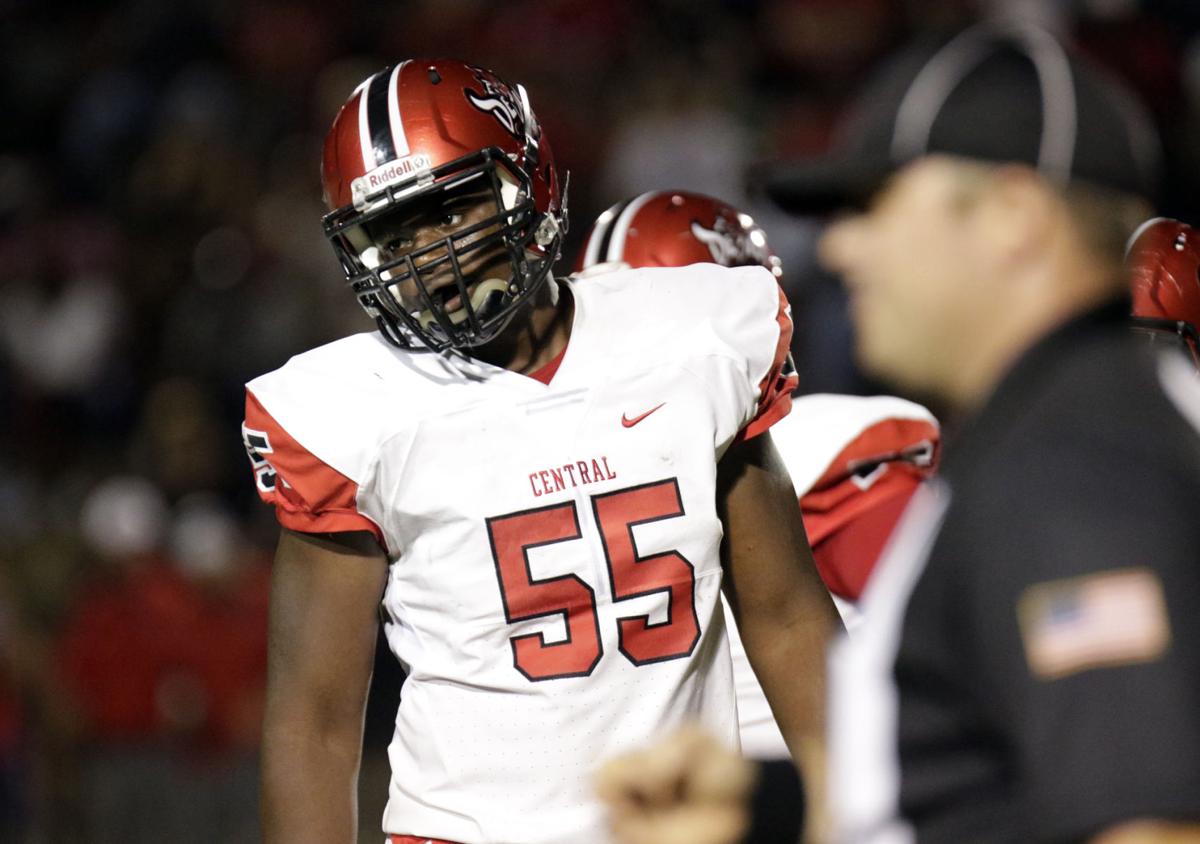 Central's Javion Cohen (55) in the first half. Opelika Bulldogs vs. Central Red Devils on Friday, Sept. 21, at Opelika. 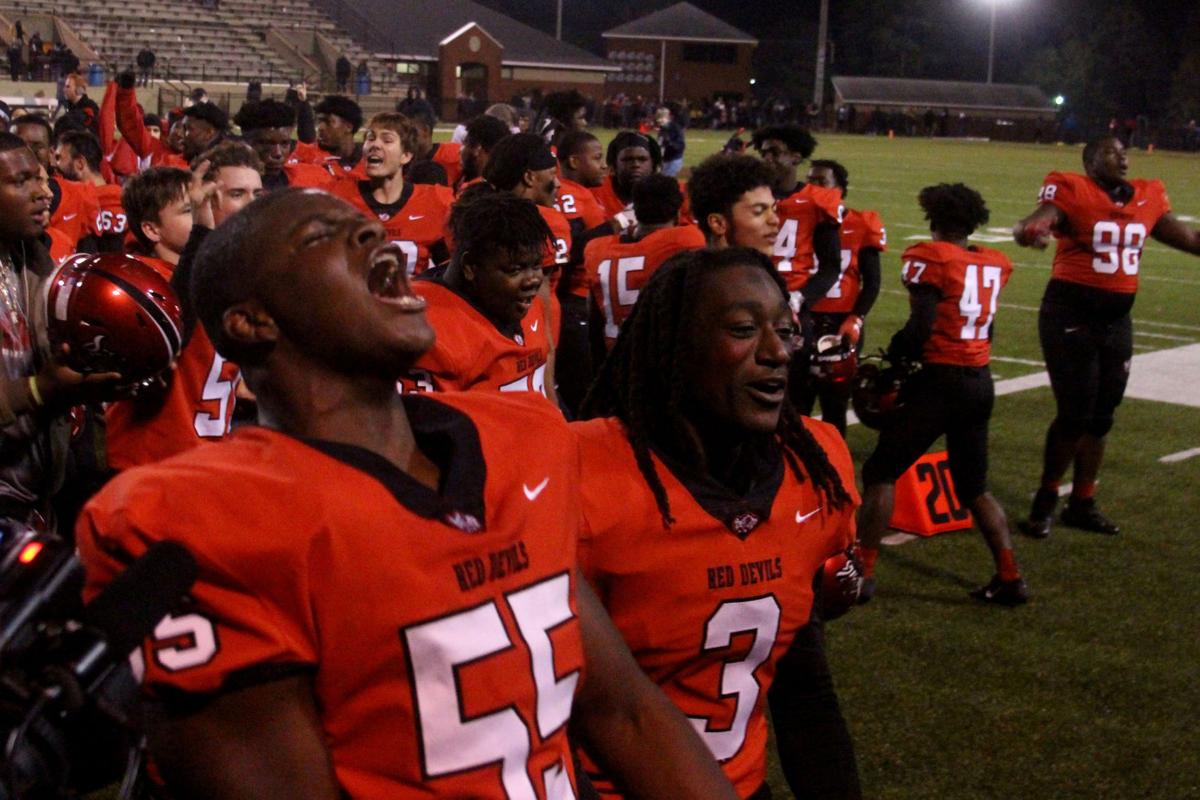 Central-Phenix City offensive lineman Javion Cohen said he realized in April that Auburn was the school for him. Two months later, the rising senior announced his plans to become a Tiger.

Cohen announced his commitment to Auburn on Saturday morning as the Tigers hosted recruits for Big Cat Weekend. The 6-foot-5, 281-pound Cohen becomes the seventh commit in the Tigers’ Class of 2020 and is the team’s third offensive line commit.

“Auburn cares about Javion Cohen, a little kid from Phenix City who just wanted to make it out. They showed me that every time they talked to me,” Cohen said. “(Telling Gus Malzahn I was committing) was kind of like waking up on Christmas morning. I wanted him to know personally that this is my solid and my final commitment. The way he and the entire staff embraced it made me feel like it was definitely the right decision.

“Everybody wanted me to be here, and I wanted to be here. It was kind of like a match made in heaven.”

Cohen is considered a three-star offensive tackle per 247Sports’ composite rating. Per the same ratings, he is the 19th-best prospect in Alabama’s Class of 2020 and the 33rd-best offensive tackle recruit in the country.

Cohen had 33 other scholarship offers. He committed to South Carolina in late March but then decommitted a little less than a month later.

Cohen played in 13 games as a junior in 2018, recording 42 pancake blocks and grading out at 91 percent for a Central team that won its first state championship since 1993. With the help of Cohen and his fellow offensive linemen, the Red Devils offense set a new school record with 578 points while also averaging 435 yards of offense per game.

“His specialty probably is more or less pass blocking. He’s been able to block off the edge with his stability on his feet. He’s got tremendous feet. He’s really developed as an o-lineman over the past two years,” Central coach Jamey DuBose said. “He’s been a good player for us. He’s a kid who brings a lot of excitement to the program.”

Cohen made his announcement while at Big Cat Weekend, which allowed him to get to know some of the other Tigers recruits.

Cohen called Saturday one of the most fun recruiting trips he’s ever experienced and said the day included a dance-off that he and four other offensive linemen won as well as a karaoke contest in which Cohen sang The Temptations’ “My Girl.”

As entertaining as it was to show off his singing and dance skills, Cohen said the bonding between the other Auburn targets was what he enjoyed the most.

“You could really see it. I heard stuff — and I won't say it — but a lot of stuff I heard I liked today,” Cohen said. “You could really tell everyone loves the bonding you get when you come here.”

Cohen said he is only visiting Auburn from here on out as he brings his recruitment to a close. Cohen added he’s going to constantly be in the ear of Central teammate E.J. Williams, the four-star receiver who was also at Big Cat Weekend.

Cohen heard reactions from fans and coaches alike Saturday after his announcement was made. In Cohen’s mind, the appreciation further proved he had made the right choice.

“I know Auburn loves you back no matter what. The feeling I received from the fans today, I've never received that before, not from any school,” Cohen said. “It just gave me a bigger sense of confidence of why I'm coming here. This community is probably the greatest college town in America, and to know I'm going to play for it feels wonderful to me.”

Cohen has spent the offseason improving his change of direction, his pad level and his hand placement, much to the pleasure of his Central coaches and college coaches alike. Cohen is eager to become a Tiger, but first he has unfinished business in helping Central win its second straight state title.

“(I’m excited) more than you know,” Cohen said. “I’m ready to get my hand on the Hoover Bucs so bad right now. You’ll see it on the first play. You’ll see it.”

Central-Phenix City receiver E.J. Williams has Auburn as one of the seven colleges he’s still considering. On Saturday, the Tigers got a chanc…