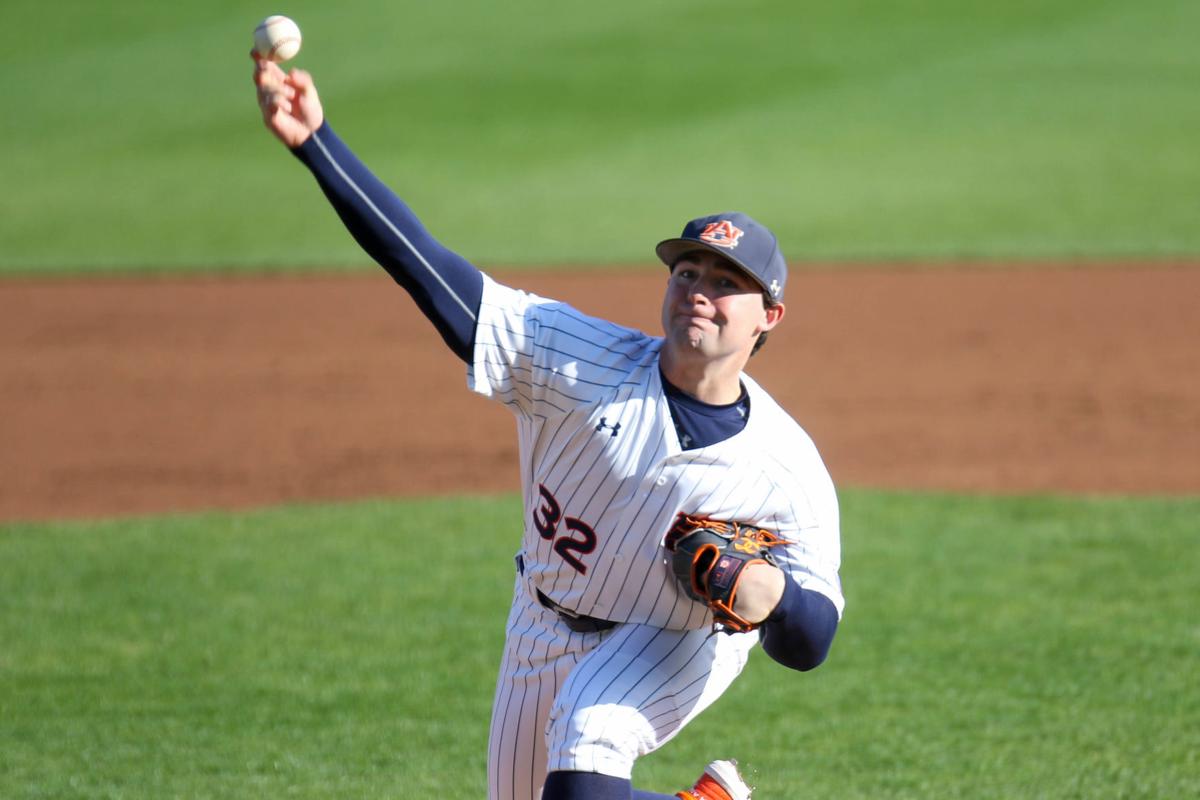 Auburn's Tanner Burns (32) throws a pitch during Auburn's game against UCF on Feb. 21 at Plainsman Park. 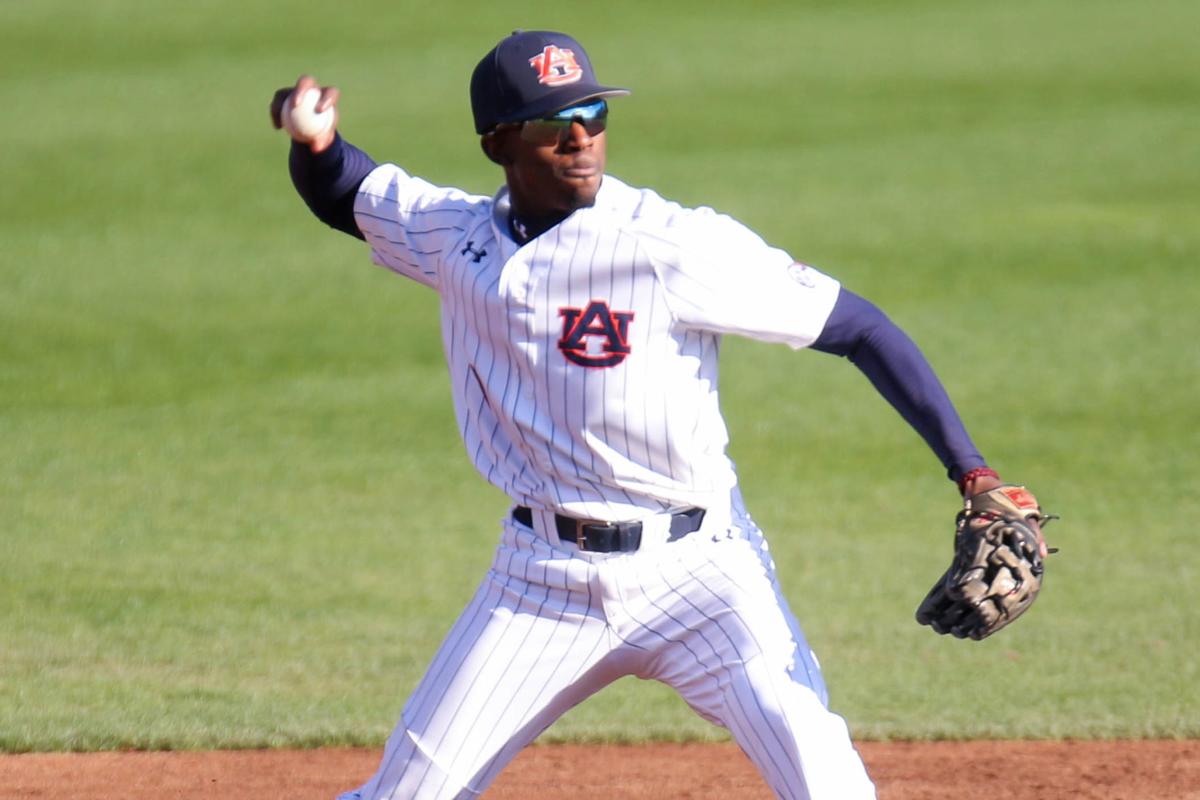 Auburn's Ryan Bliss (9) throws the ball during the Auburn vs. UCF game at Plainsman Park on Feb. 21.

Auburn's Tanner Burns (32) throws a pitch during Auburn's game against UCF on Feb. 21 at Plainsman Park.

Auburn's Ryan Bliss (9) throws the ball during the Auburn vs. UCF game at Plainsman Park on Feb. 21.

Burns earned second-team honors while Bliss and Woley were named to the third team. Burns was also tabbed a Third Team All-American by Perfect Game/Rawlings a season ago and becomes the third Auburn player to be named a two-time All-American, joining Gregg Olson (1987-88) and Casey Mize (2017-18).

A native of Decatur, Burns posted a 3-1 record with a 2.42 ERA and led the Tigers while ranking tied for eighth in the Southeastern Conference with 32 strikeouts in 22.1 innings pitched. In what will likely be his final start in an Auburn uniform, the junior right-hander pitched 7.0 scoreless innings and allowed one hit with a season-high 10 strikeouts vs. Chicago State on Mar. 6.

Bliss ranked second in the SEC and sixth in the country in hits (29) while also appearing in the top 10 in the league in runs (21), doubles (seven), triples (two) and total bases (46). Making the move from second base to shortstop prior to the season, the LaGrange, Georgia, native started in all 18 games at the position and didn’t commit an error in 58 chances. He was also a threat on the base paths as he tied for the team lead with five stolen bases.

Woley, who has also been named CoSIDA Academic All-District and both the Auburn and SEC Scholar-Athlete of the Year, tied for the team lead and ranked tied for eighth in the SEC with a .412 average. He also ranked in the top 10 in the league in hits (28), doubles (eight), RBI (22) and total bases (42) and was the lone player in the NCAA to rank in the top 20 in hits, doubles and RBI. Like Bliss, he made the move across the diamond from first to third and started in all 18 games.

The conference names a Community Service Team for each of its 21 league-sponsored sports, looking to highlight an athlete from each school who gives back to his community through superior service efforts.

Davis was not only a fan favorite due to his interaction with the Auburn Family, but also pursued a number of community service projects and served as a Student-Athlete Advisory Committee representative during his time on The Plains.

Davis’ service efforts have been highlighted by volunteering with Samaritan’s Purse to help clean up the damage done by the tornado that devastated East Alabama in March 2019. Additionally, he visited and uplifted patients at Children’s of Alabama and participated in a baseball clinic for the Miracle League of East Alabama.

Davis has also helped the Jason Dufner Foundation stuff backpacks to fight childhood hunger on multiple occasions, handed out candy at the City of Auburn Downtown Trick or Treat event and helped construct a house with Habitat for Humanity.

Davis not only excels in competition and the community, but also in the classroom. The Roswell, Georgia native graduated earlier this month with a degree in public administration and a minor in sports coaching.

George Nunnelley is a member of the Auburn University Athletic Department.