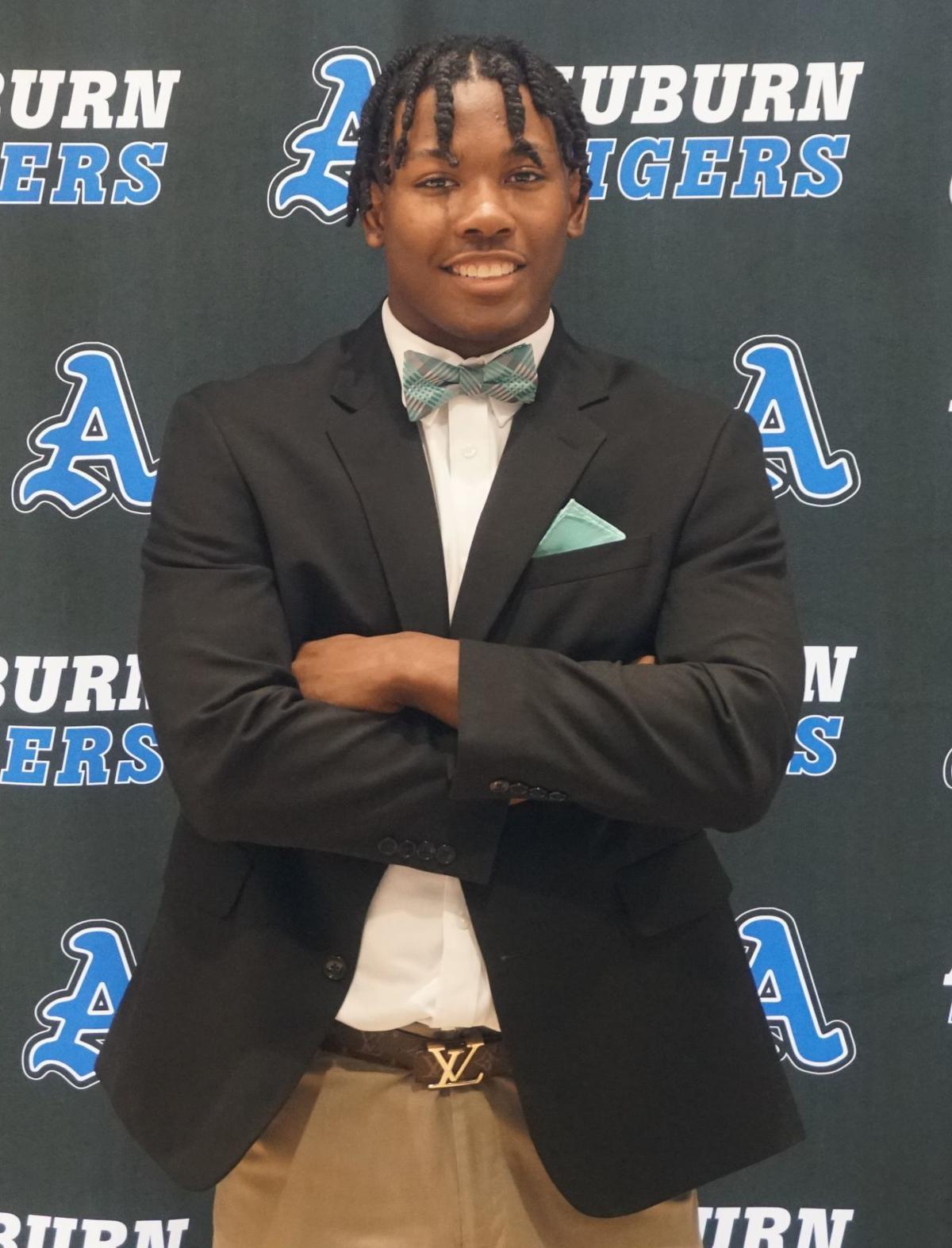 Auburn High running back Aaron Diggs ended his senior season with 268 carries for 1,605 yards and 19 touchdowns in his first year playing the position full-time. 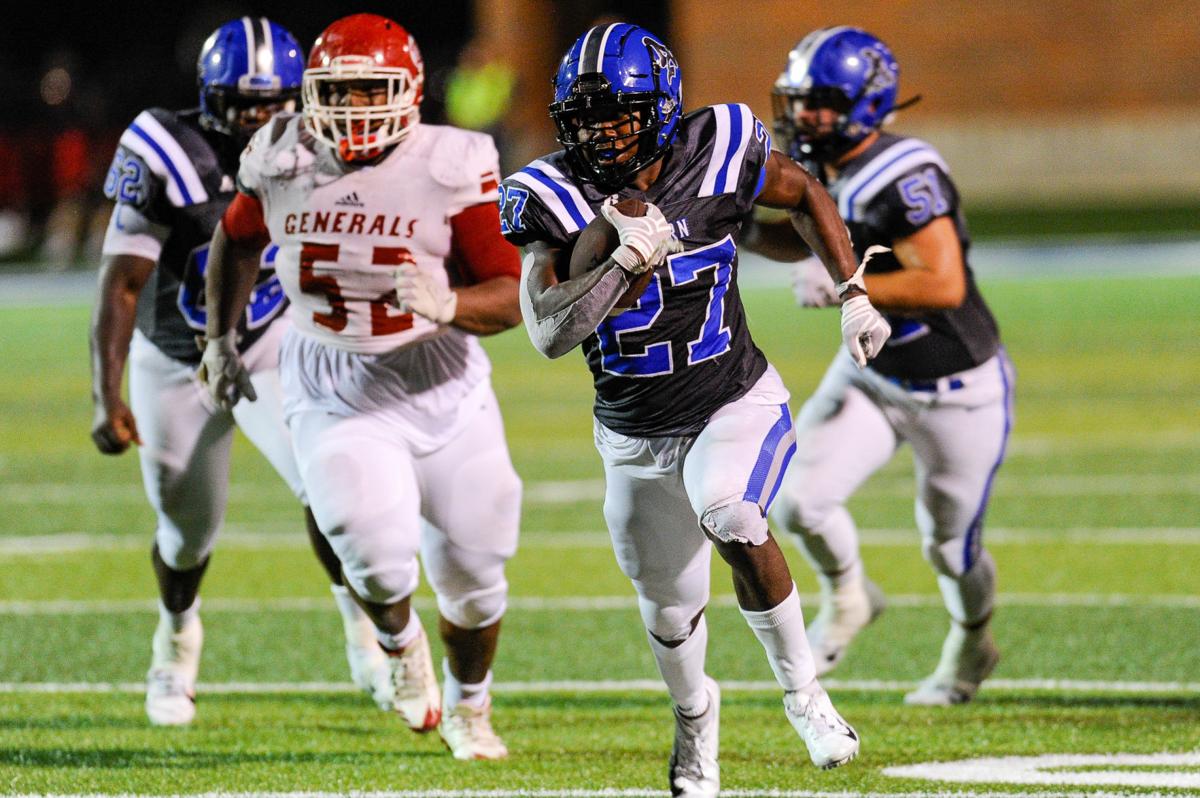 Auburn High running back Aaron Diggs (27) carries for a touchdown in the first half of the Tigers' game against Lee-Montgomery on Sept. 13 in Auburn's Duck-Samford Stadium. 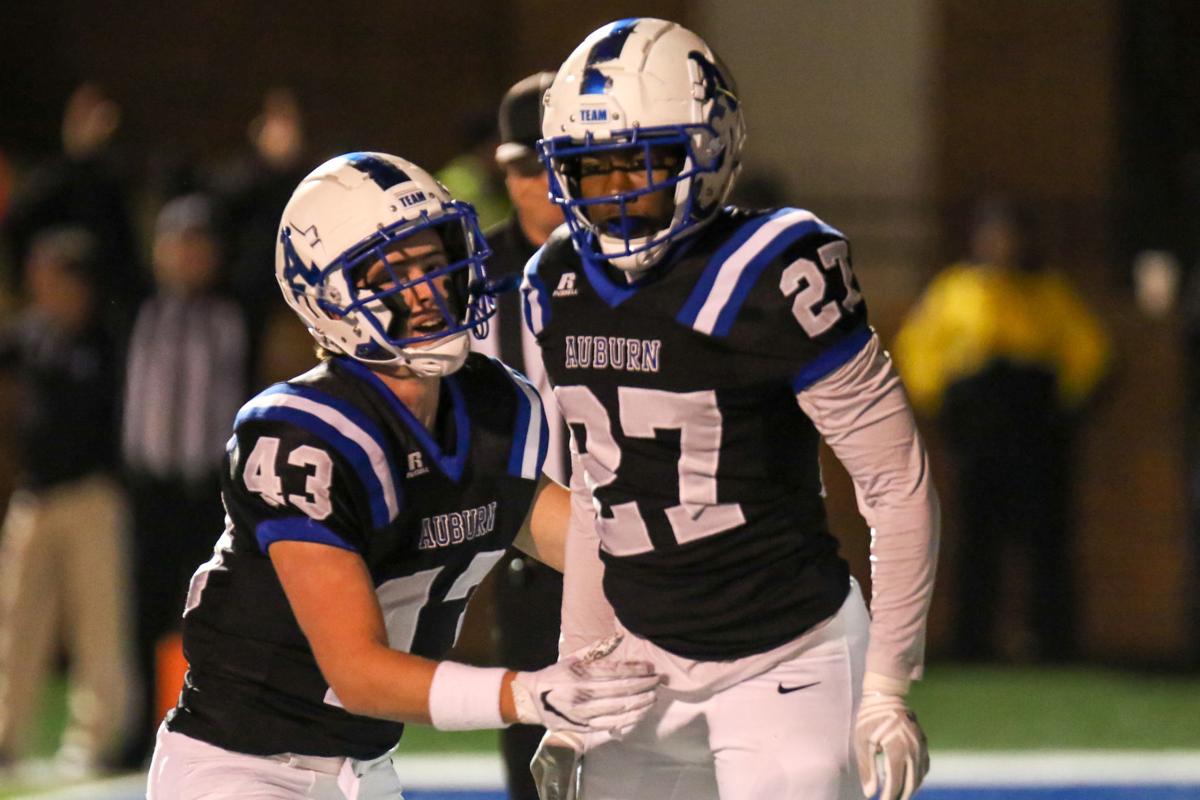 Auburn High running back Aaron Diggs (27) celebrates his touchdown with teammate Paxton Gordon (43) during the Auburn High vs. Murphy playoff game at Duck-Samford Stadium in Auburn on Nov. 8.

Auburn High running back Aaron Diggs ended his senior season with 268 carries for 1,605 yards and 19 touchdowns in his first year playing the position full-time.

Auburn High running back Aaron Diggs (27) carries for a touchdown in the first half of the Tigers' game against Lee-Montgomery on Sept. 13 in Auburn's Duck-Samford Stadium.

Auburn High running back Aaron Diggs (27) celebrates his touchdown with teammate Paxton Gordon (43) during the Auburn High vs. Murphy playoff game at Duck-Samford Stadium in Auburn on Nov. 8.

Entering his senior year, Auburn High’s Aaron Diggs was more known for blowing up ball carriers rather than being one. That, however, changed dramatically this fall.

Despite being known as a standout linebacker, Diggs moved to running back full-time after Auburn’s fourth game of the season and wasted little time establishing himself as one of the top tailbacks in Class 7A. Diggs became the offensive player the Tigers could lean on most, and his consistent play with the ball in his hands helped Auburn win nine games and reach the state semifinals for the first time since 2013.

Thanks to Diggs’ impressive campaign, he has been selected as the Opelika-Auburn News’ Breakthrough Player of the Year.

“It was a blast. I had a great time with my teammates. It was probably my best year as far as being as close to my teammates. It was just great to go that far with them,” said Diggs, who ended the year with 268 carries for 1,605 yards and 19 touchdowns. “I’ve always liked linebacker and running back, so as soon as they told me I would be playing running back, I figured it was another big role for me. I just tried to take advantage of it.

“All I remember is my coaches telling me, ‘We want you to play running back full time. We believe you can do it.’ The trust that they gave me and the trust where I believed in them just went a long way.”

Diggs was no stranger to playing running back — he took 28 carries his junior year — but the Tigers’ coaches completely changed his role after Auburn started the season 2-2. Diggs went from well-known linebacker and occasional running back to the Tigers’ biggest offensive weapon, and it didn’t take long for the Coastal Carolina signee to show he could be counted on offensively.

Auburn made its lackluster start to the season a thing of the past in large part because of Diggs’ effectiveness as a runner. The Tigers leaned on him game after game, and their primary strategy wasn’t hard to decipher: give the ball to Diggs and watch him work.

Diggs routinely got 30-plus carries in a game. Despite the natural wear-and-tear that comes with such a workload, he refused to flinch.

“My teammates did a great job of not getting me hurt and blocking great. The quarterbacks did a good job of helping me with where to run at and what he sees open. I just made sure I was healthy at every point in the season,” Diggs said. “Whenever the second-string or third-string running backs could get in, they would get in so I could stay healthy. The coaches just made sure I was OK at all times.”

Diggs was a thorn in many defenses’ sides in 2019, but his best performance arguably came in Auburn’s biggest win of the year.

The Tigers’ state quarterfinals game at top-ranked McGill-Toolen promised to be a tough contest, but Diggs promptly took the game over and left the Yellow Jackets stinging. Diggs took 42 carries for 200 yards and three touchdowns as Auburn not only beat McGill but outright dominated the home squad in a 26-0 Tigers’ victory.

Diggs doesn’t pay attention to his stats, as his main concern is helping his team win. That’s what made his outing against the Yellow Jackets extra special.

“I was really ecstatic. A win regardless is good for me, and just the fact I could contribute really big to that game and help my teammates the best I could help them was a really great feeling,” Diggs said. “I couldn’t have been happier.”

Diggs’ season ended the next week in Auburn’s loss to Central-Phenix City, but that wasn’t the end of his highlights as a Tiger. After being left off the ASWA’s Class 7A All-State squad in 2018, Diggs was selected as one of the classification’s three First Team running backs in December.

Diggs had used his exclusion from the 2018 team as a motivator. Ultimately, he got the last laugh.

“A lot of things become motivation and inspire me. One thing about me is I’m a very motivated and diligent type of person. When I didn’t make the team, it was just something to look forward to. ‘OK, I’ve got to make it next year,’” Diggs said. “My parents were the first to tell me I made the team, and I was so happy. My dad was just telling me, ‘You see how when you set your mind to things it will become something.’

“For me just to get it, it’s just really big. I couldn’t have done it without my teammates or my coaches. I’m really grateful to them.”