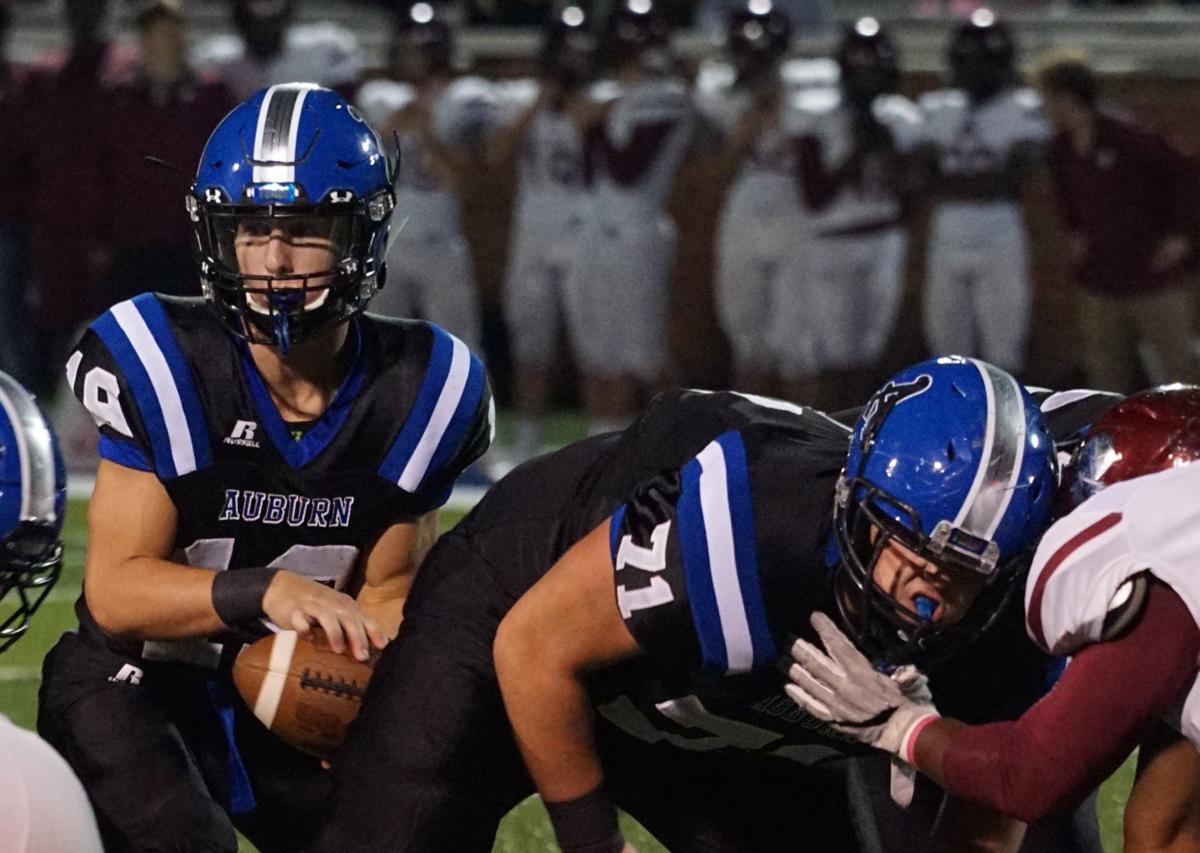 Auburn High quarterback Griffin Speaks (19) takes a snap from center Cort Bradley (71) in the first quarter of the Tigers' game against Prattville at Duck-Samford Stadium on Oct. 19, 2018. 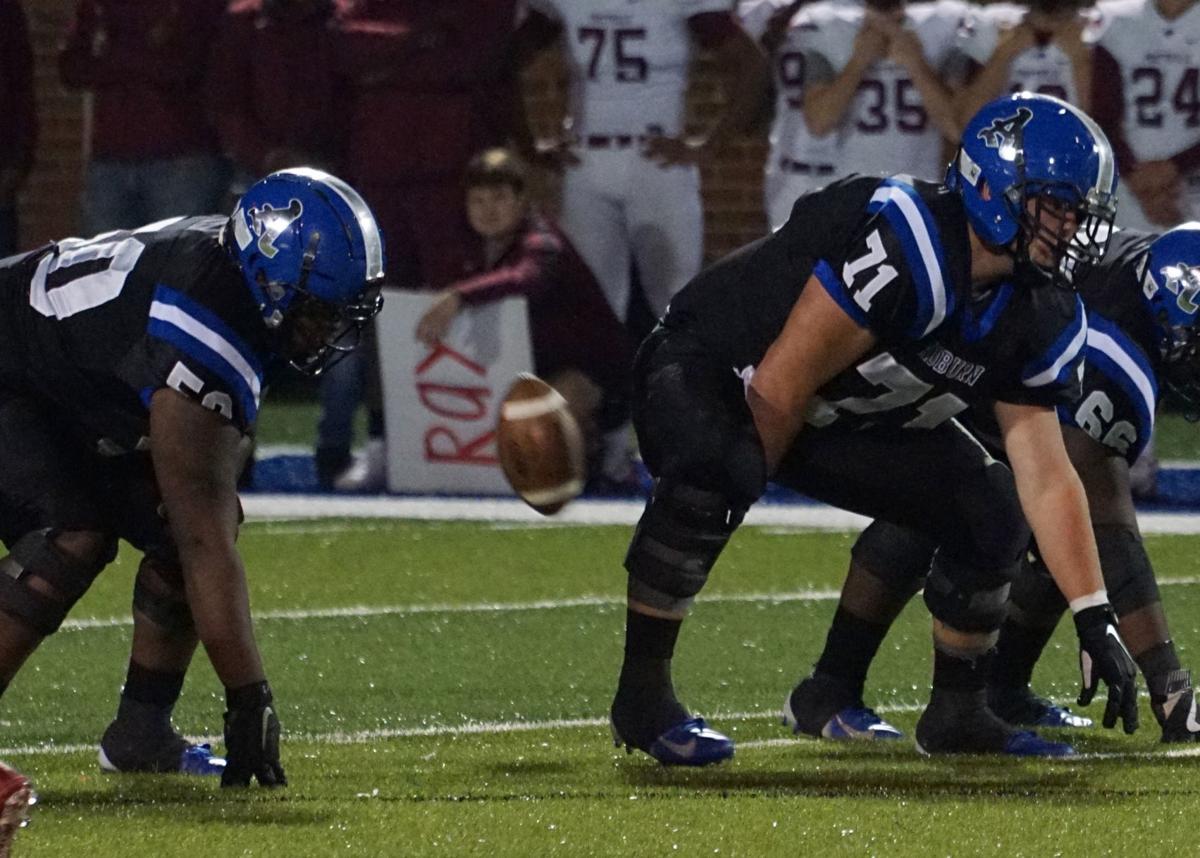 Auburn High center Cort Bradley (71) snaps the ball in the first quarter of the Tigers' region game against Prattville at Duck-Samford Stadium on Oct. 19. 2018.

Auburn High quarterback Griffin Speaks (19) takes a snap from center Cort Bradley (71) in the first quarter of the Tigers' game against Prattville at Duck-Samford Stadium on Oct. 19, 2018.

Auburn High center Cort Bradley (71) snaps the ball in the first quarter of the Tigers' region game against Prattville at Duck-Samford Stadium on Oct. 19. 2018.

Auburn High center Cort Bradley did his part to make the Tigers’ 2019 season an unforgettable one.

Thanks to his potential and his play, Bradley is having more and more college coaches coming his way.

The 6-foot-2, 295-pound Bradley has picked up three new scholarships offers in the last two weeks, as Coastal Carolina, Murray State and UAB have all extended offers to the rising senior. The latest additions give Bradley five offers after picking up offers from South Alabama and West Alabama.

Bradley has also been contacted by Auburn University as well as Appalachian State and Samford.

For Bradley, the influx of attention from the recruiting world has validated everything he’s done to reach this point.

“It means the world to me,” Bradley said. “It’s an opportunity to get an education, which will help me all through life. It takes a huge burden off of my parents just from the financial standpoint. I also get to play the game of football at the highest level, which has been a dream of mine since I first put on pads.”

Given how well Bradley played in 2019, it’s no surprise colleges are interested in adding him in the near future.

As Auburn’s starting center, Bradley put together the best season statistically among the team’s linemen, as he graded out to 85 percent. He was a key piece on an offensive line that set the stage for an offense that averaged nearly 29 points per game and featured senior running back Aaron Diggs, who rushed for over 1,600 yards and was named an All-State first team player.

Auburn High head coach Adam Winegarden explained that Bradley’s skillset at center has made him a hot commodity among coaches at the next level.

“He’s a dominant center. As much three-man front as everybody runs, that’s a valuable commodity — if you have somebody who can handle the nose guard by themselves, is really talented and has the size to play center but also make all the calls and have the football knowledge that he is,” Winegarden said. “Anytime you have a center that is able to control a shade or a nose by himself, it allows you to do a lot more things with your line of scrimmage as far as scheme wise to give you blocking advantages.

“He’s able to do a lot of things without help. He’s able to make a lot of calls and be the quarterback of our offensive line.”

The next few months promise to be busy for Bradley. He plans on attending Vanderbilt’s Junior Day this weekend, and he also plans to go to similar events at Princeton and Troy. He also plans to attend camps at Coastal Carolina, UAB, Air Force and South Alabama as well.

Additionally, Bradley said he plans to improve his ACT score, his technique, his leadership skills and his weight-room numbers prior to his senior season.

When it comes to the school he ultimately chooses, Bradley said he is open to any school and just wants to find a place that feels like home. As far as the determining factors in that decision, Bradley pointed to three characteristics he’s looking for in a school.

“Education is a big one,” Bradley said. “The next one is a good coaching staff who really cares about the kids. Lastly, the feel of campus and everyone’s attitude.”

Bradley spoke highly of last year’s Auburn squad, saying they were more than a team and the group made practicing every day enjoyable. That experience plus the drive to accomplish even more has Bradley practically counting down the days until the fall has finally arrived.

“I’m ready. I mean, I spend my entire year getting ready for 10-14 days a year,” Bradley said. “What happens on Friday night is just a product of what happens all year. I live for Friday nights and playing football with my brothers.”