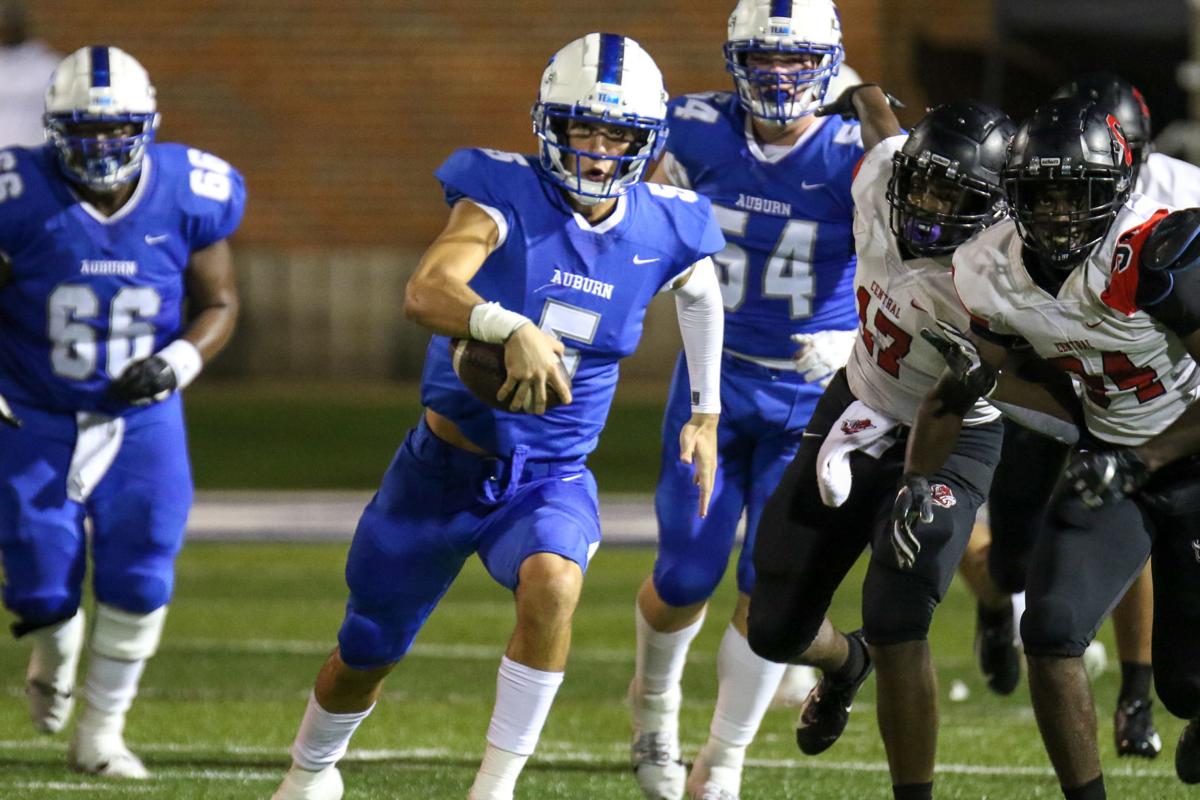 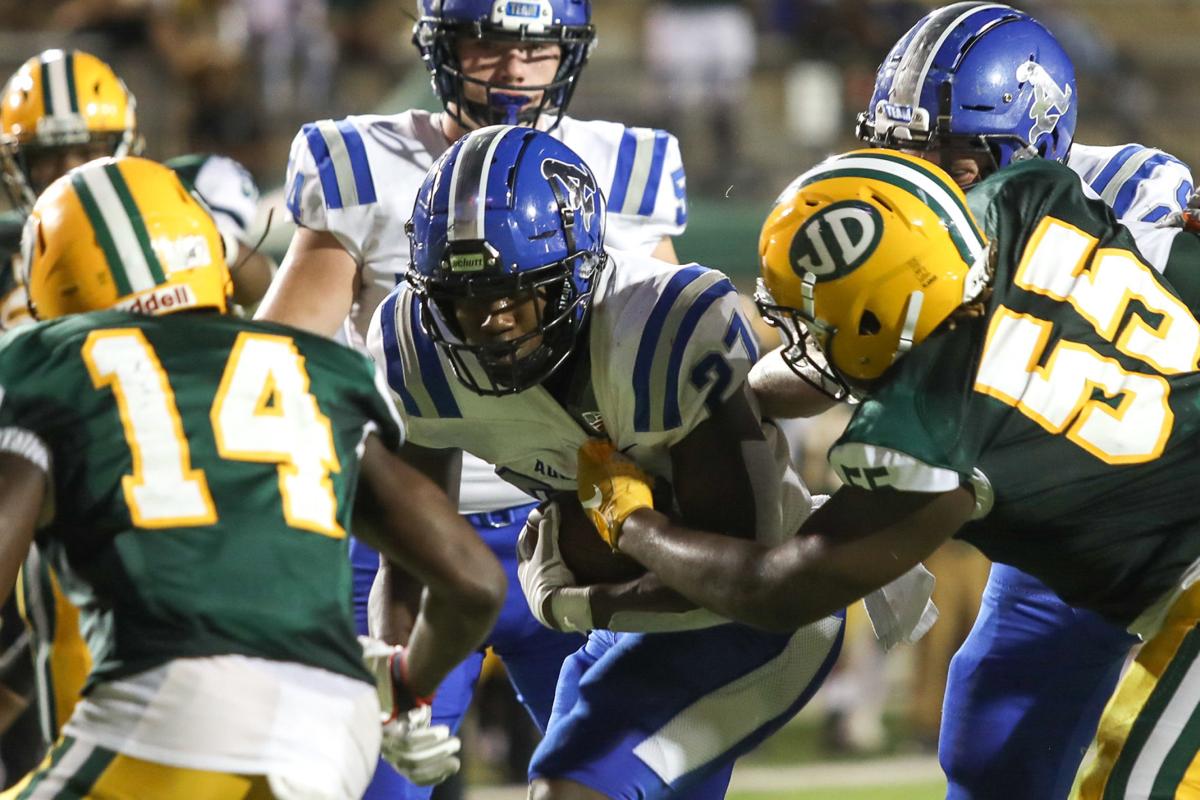 Auburn High offensive lineman David Hixon (54) blocks while Aaron Diggs (27) carries the ball for a touchdown during the Auburn High vs. Jeff Davis game at Cramton Bowl in Montgomery on Sept. 19.

Auburn High offensive lineman David Hixon (54) blocks while Aaron Diggs (27) carries the ball for a touchdown during the Auburn High vs. Jeff Davis game at Cramton Bowl in Montgomery on Sept. 19.

Last fall, Auburn High offensive tackle David Hixon helped set the path for a 1,600-yard rusher. With his senior season now just a few months away, Hixon is receiving some real recruiting attention from coaches at the next level.

Hixon picked up a scholarship offer from the Air Force Academy on Friday, his third offer so far this spring. In addition to offers from Yale and Dartmouth, he has also received interest from schools such as MTSU, UT-Chattanooga, Samford, Furman and Harvard.

For Hixon, the attention he’s garnered from the next level has been nothing short of a major motivator.

“It’s brought me some more confidence going into this senior season, knowing that some people want me,” Hixon said. “I think that will bring a different mindset going into my senior year.”

Hixon, who is 6-foot-3 and 250 pounds, was a key piece on an Auburn offensive line that had plenty of talent behind it. Hixon played left tackle on a Tigers’ team that featured All-State running back Aaron Diggs and ultimately ended the season averaging just under 29 points per game.

Hixon graded out at over 80 percent on his blocks for the season.

“His contributions were huge. He was a really good player for us last year. He’s extremely smart and understands football. He loves contact, and he was a big reason why we were able to run the ball effectively last year,” Auburn High head coach Adam Winegarden said. “I think David has a bunch of upside. He’s a young man who obviously is still growing in gait and size. He’s super athletic for a kid at the lineman position.”

Winegarden said the main focus for Hixon this offseason is just the natural process of getting bigger and stronger that comes with being a rising senior. For Hixon, his objectives are to get stronger and quicker off the ball as well as improving his pass-set technique.

Hixon is working without a weight room right now due to the coronavirus, but he thanked Winegarden for passing along some workouts he and his Auburn teammates can do in their own homes. Hixon also said he and a few of his teammates on the offensive line have gotten together on their own to try and put in work for the coming season.

As far as ultimately choosing a school, Hixon said he would lean on prayer and added he wants a school that is going to provide the best options for him during his time there and once he graduates. When it comes to himself as a prospect, Hixon said he wants coaches to know he will put his teammates first.

“I’m a Christian, and I’m a hard worker. I want to be a part of the team. I’m not just there for myself,” Hixon said. “Being on the offensive line, no one really notices you. You never go after the game and hear people talking about, man, how good that offensive line was. You never read the paper and see how the offensive line killed it. We’re always kind of in the background, and I’m learning to embrace that. Being a team player is important to me, and so is being a good teammate and a hard worker.”