Florida linebacker Mohamoud Diabate rushes a play by Tennessee during the second half of an NCAA college football game, Saturday, Sept. 21, 2019, in Gainesville, Fla. 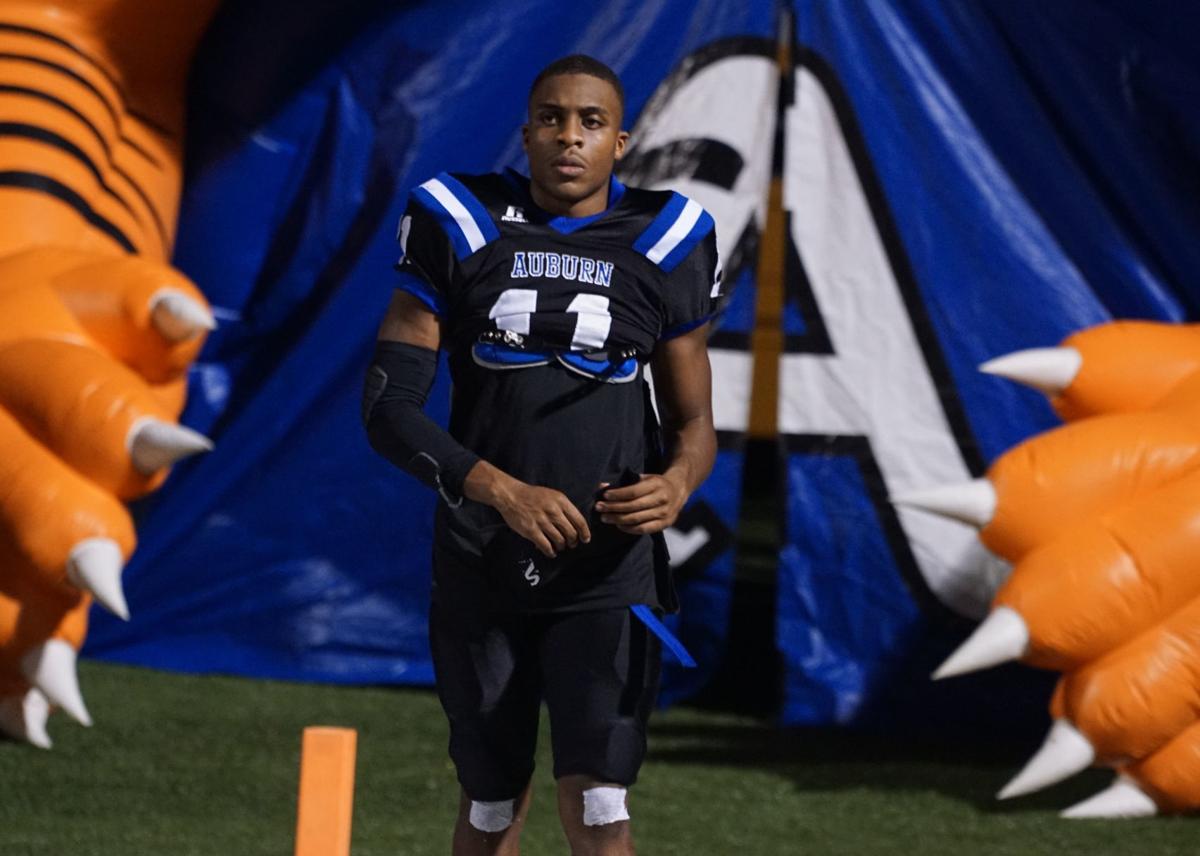 Florida linebacker Mohamoud Diabate rushes a play by Tennessee during the second half of an NCAA college football game, Saturday, Sept. 21, 2019, in Gainesville, Fla.

Editor’s note: This is the first in a series of stories catching up with former high school football stars from the Opelika-Auburn area as they prepare for another season at the collegiate level. Today’s story features Auburn High alum Mohamoud Diabate.

If anyone doubted the impact Auburn High alum Mohamoud Diabate could have as a true freshman at Florida, Diabate extinguished those doubts with one play against Vanderbilt on Nov. 9.

The Gators led Vanderbilt 28-0 midway through the third quarter, but Diabate didn’t let up on a third-and-goal play with the Commodores just yards away from points. Diabate came off the edge and pummeled quarterback Deuce Wallace, who dropped the ball almost directly into the arms of Diabate’s teammate Jonathan Greenard, who took off downfield for an 80-yard touchdown.

“I just remember hitting a guy in the mouth coming from behind. I said, ‘He’s about to throw it,’ so I kind of lunged and jumped in the air to get to him so he couldn’t throw it,” Diabate said. “I hit him, and I just thought I sacked him. Then like people were cheering for a lot longer than normal. I looked up and I saw my teammate running with the ball. That’s when I realized what I had done.”

What Diabate had done was not only set Florida up for seven more points in a 56-0 rout, but it capped off a statement game for the true freshman. Diabate ended the win with four tackles, three sacks and one forced fumble as part of a moment that he intends to signal the start of something even bigger.

“(The Vanderbilt game) just made me feel like I just gave an intro to something. That’s how it felt, honestly. I just gave an intro, and it definitely made me a little more hungry,” Diabate said. “(My freshman season) was a great feeling and a great experience. It kind of allowed me to get my feet wet and to understand the process. Now I know what I need to do in the offseason to come back stronger this season.”

‘Best of the best’

Those who watched Diabate wreck offensive lineman at Auburn knew it was a matter of when — not if — he would wreak havoc on opponents at the next level. Still, Diabate admits, there were some growing pains once he first arrived in Gainesville.

Diabate explained the hardest adjustment was learning the Gators’ playbook, which proved much more extensive than what he was used to in high school. He found help, however, in the form of several older teammates — namely Greenard and Jabari Zuniga — who lent a helping hand to make sure he excelled.

Diabate wasted little time in finding the field, as he was able to get in on the action for the Gators’ season-opening victory against rival Miami. For the true freshman, the atmosphere was one he won’t soon forget.

“It was probably one of the best feelings I’ve had in my life,” Diabate said. “I’d never been in a stadium with so many people. Just seeing the amount of energy and the whole Gator nation just cheering, that was something totally different that I had never experienced before.”

Diabate earned more playing time as his first season at Florida went along, and his natural growth and comfort in defensive coordinator Todd Grantham’s 3-4 scheme became more and more evident as the year went along. Diabate came through with plays even before the Vanderbilt blowout, as he recorded a pair of tackles in Florida’s win over the hometown Auburn Tigers and also chipped in four tackles in the Gators’ loss to rival Georgia.

Prior to the 24-13 victory over Auburn, Florida head coach Dan Mullen expressed his excitement about what Diabate had already brought to the table.

“What we look for here are guys that want to be the absolute best of the best,” Mullen said. “When you look at Mohamoud, he’s obviously a tremendous athlete and has great position flexibility. He’s also an extremely high-end student and a high-end young man, which really fits the Florida profile.

“He’s come here, and he works his tail off. He’s got a great attitude and a great work ethic. He’s had opportunities, and he’s taken advantage of that opportunity to find a role. He’s played some significant time for us as a freshman already.”

Diabate ended the season with one tackle in two of the Gators’ last three games. All in all, he posted 17 tackles, 4.5 sacks, two quarterback hurries and one forced fumble, which was no small feat for a true freshman.

In Diabate’s opinion, his success was a product of the environment around him in the Gators’ program.

“It has to do with the coaches, the staff and my teammates mentoring me and making sure that I had the things I needed to to become successful,” Diabate said. “It helped me in my development so far, and they continue to do that. That’s something I’m really thankful for.”

Diabate remains dedicated to improving his game before his sophomore year, and he said his main goals are to be sharper mentally and to be able to make plays that feel more like second nature to him. He’ll likely get a chance to have a bigger role on the defense, too, as the Gators lost a pair of linebackers from the 2019 squad.

Diabate said his time playing at Auburn High was the point when he learned the importance of accountability, and he thanked the Auburn people who have stood by him even after he left town to play for another SEC program. He has been back in Auburn during the pandemic, and as enjoyable as the time back home has been, he’s itching to get to work in Gainesville as soon as he can.