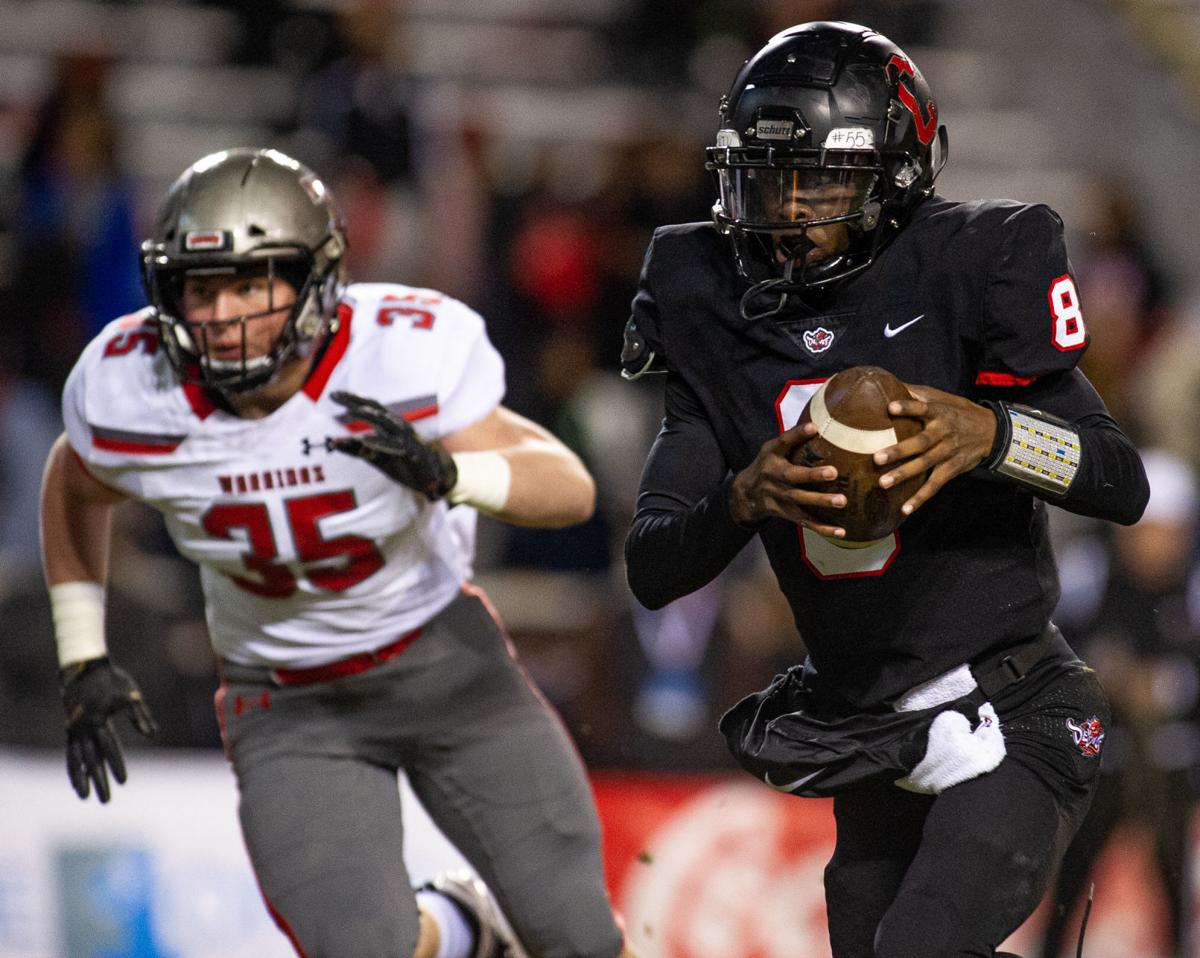 Central-Phenix City quarterback Trey Miles (8) scrambles in the first half of the Central vs Thompson Class 7A state championship game on Dec. 4 in Auburn's Jordan-Hare Stadium. 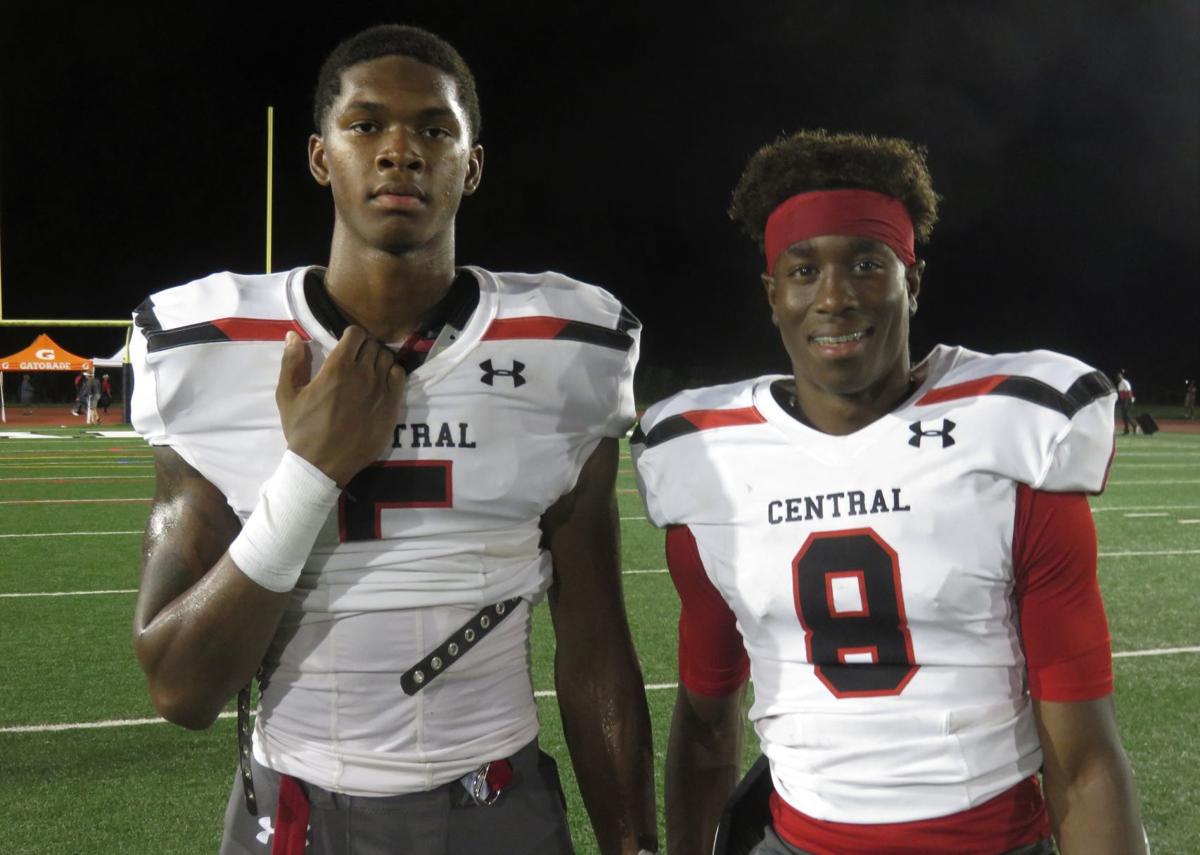 Central-Phenix City quarterback Trey Miles (8) scrambles in the first half of the Central vs Thompson Class 7A state championship game on Dec. 4 in Auburn's Jordan-Hare Stadium.

Last season Central-Phenix City quarterback Trey Miles proved he was capable of playing against some of the best players in the Southeast. Now, Miles is seeing his hard work pay off.

Miles picked up a scholarship offer from Murray State last week, his second offer after receiving one from Alabama State during his freshman year. The offer from the Racers is likely the first of many this spring for the rising senior, who has also received interest from schools such as Western Kentucky, South Alabama, Georgia Southern and South Florida.

“It’s awesome because they see me and I have never been the starter. At Central it’s like Alabama: there are great players, but the depth sometimes hides them from the mainstream,” Miles said. “I played a lot last year and could have started at any high school anywhere. But being at Central helped me grow a lot because it’s been like a college in a lot of ways even with two-a-day practices.”

Miles showed flashes as a freshman on Central’s ninth-grade squad that went undefeated in 2017, but he truly broke through in 2019.

Miles led the Red Devils to a come-from-behind victory against Cedar Grove in Central’s second game and worked his way into splitting reps with starting quarterback and eventual Bowling Green signee Tucker Melton. Miles suffered an injury against Lee-Montgomery late in the regular season but came back strong to help the Red Devils reach the Class 7A state title game.

Miles helped the Central offense find its first sense of rhythm in the title game against Thompson and ended the loss 9-of-9 passing for 136 yards and nine carries for 14 yards and one touchdown. When the year was over, he was 67-of-91 passing with 870 passing yards, 367 rushing yards and 15 total touchdowns in seven games.

“I think he did an outstanding job. I regret that in that first game of the year against Hoover I didn’t utilize him a little bit more. After what I saw in that Cedar Grove game — how he gave us a lift when we needed it at the time — he brought something a little bit different to the table than Tucker did,” former Central coach Jamey DuBose said. “I think Trey has not even hit his upside. I watched a video he posted on a social media site the other day, and Trey’s gotten bigger. You’re not going to find somebody that will put in the hours that Trey will put in. Out of all the quarterbacks I’ve ever had, Trey is that kid who will do extra to everything.”

For Miles, getting to prove himself and help the Red Devils return to the Super 7 was an indescribable experience.

“(Last season) was huge. We lost to Hoover in the first game, and I only played one drive that game. The next week was Cedar Grove in Atlanta. We were down in that game, and they put me in and let me go,” Miles said. “I like to think that I was big in that one because they could not stop our offense when I played. In the fourth quarter we were down, and I kind of just took over with a lot of big runs. At the end, I threw the game-winning touchdown pass.

“After that I just focused on helping to get us back to the championship.”

Miles has not let up during the pandemic, and his regular schedule says as much. He does full-body workouts with his personal trainer Monday, Wednesday and Friday; lifts weights with his father at home Tuesday, Thursday and Saturday; and throws with a couple of receivers from school a couple days each week. Additionally, he works in a few volleyball games in the yard with his family and some runs in the neighborhood.

For Miles, staying in shape during a period full of uncertainty is a must. He wants to be ready once the Red Devils are cleared to practice together, and he wants to impress if and when college coaches get to watch him perform in a camp setting.

“I have to be ready at whatever point we get released to practice as a team. This is my senior season coming, and it has to be my best,” Miles said. “I have a new coach, and I will show him that he can trust me to continue the winning tradition at Central. Failure is not an option, so my body has to be bigger, stronger and faster. And my quarterback IQ has to be at a championship level.”

Miles will likely be splitting time at quarterback again with the arrival of rising junior Caleb Nix, the son of new Central coach Patrick Nix and the younger brother of Auburn University quarterback Bo Nix. Regardless, Miles is anxiously awaiting the start of his senior year and the chance to impress even more college coaches.

“I’m super excited. I’ve been playing football since I was 5. My dad signed a waiver for me to play tackle with 6-year-olds. I love football,” Miles said. “(The college coaches) need to know that I’m a leader that can play well under pressure. In the season I play 7-on-7 at a high level. I have played with Cam Newton’s All-Stars for two years, and that’s about as big as it gets. I also have an above-average football IQ.”