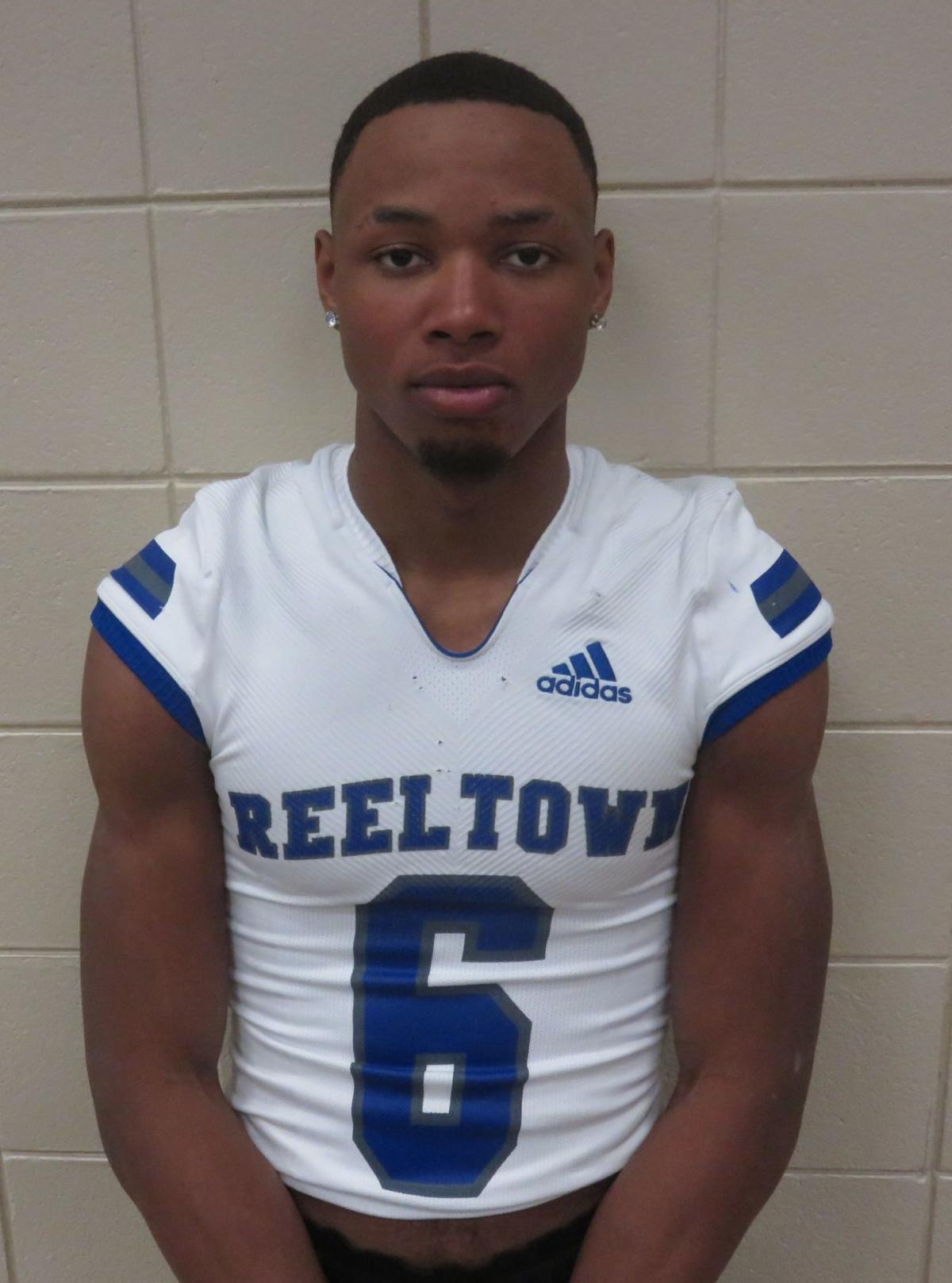 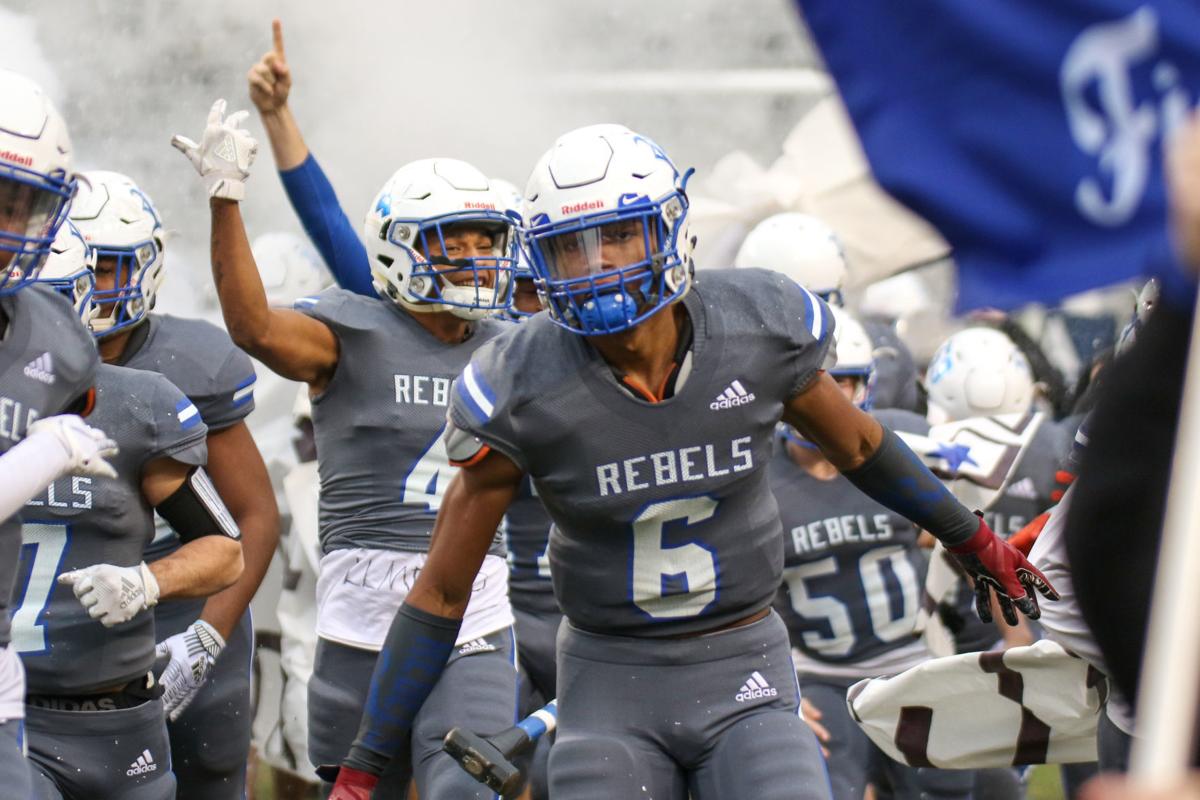 Reeltown linebacker Eric Shaw (6) leads the Rebels onto the field prior to the Reeltown vs. Fyffe AHSAA Class 2A state championship game at Jordan-Hare Stadium on Dec. 6. 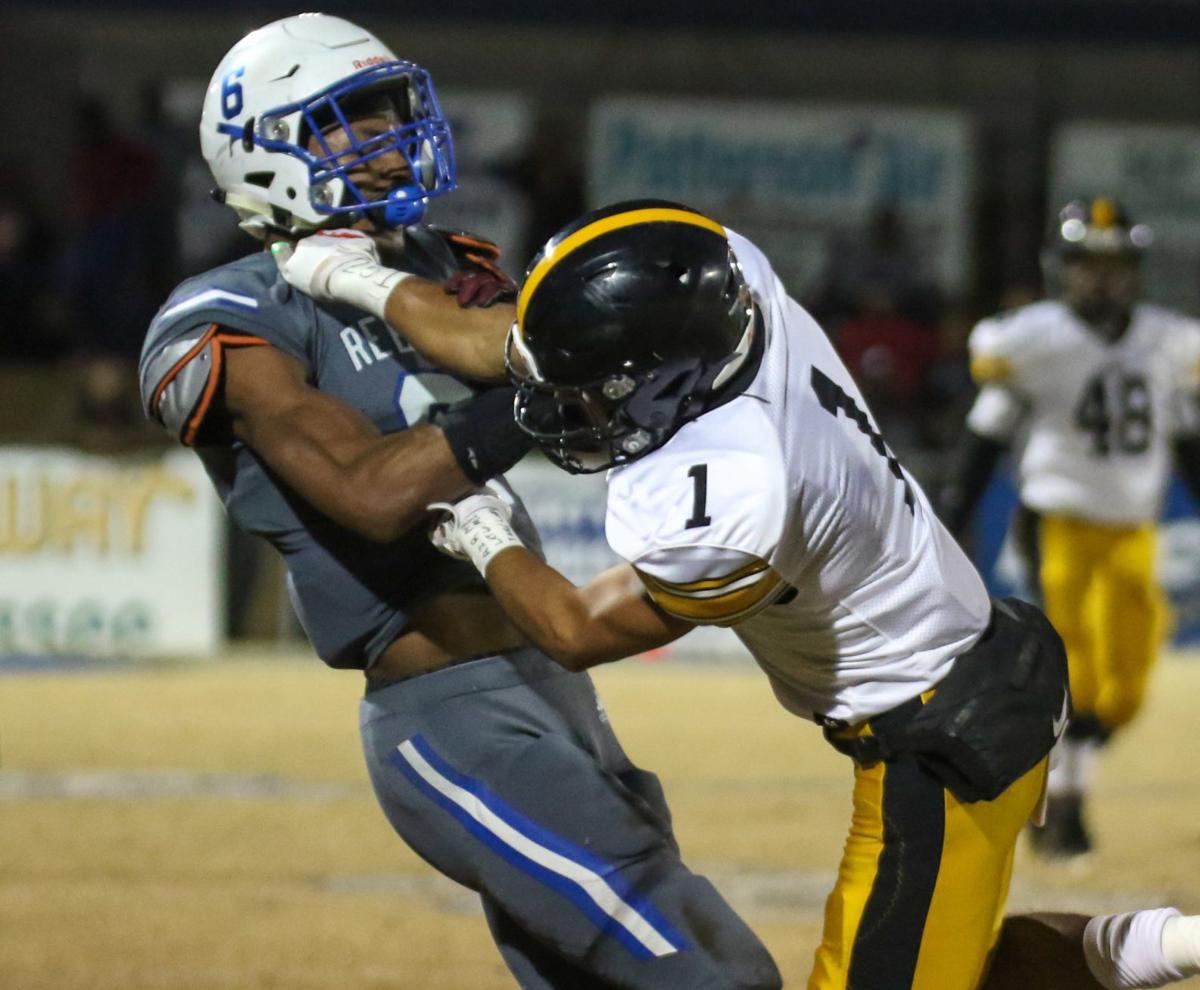 Reeltown linebacker Eric Shaw (6) and Leroy's Jakobi Jackson (1) engage during the Reeltown vs. Leroy Class 2A semi-final football game in Reeltown on Nov. 29.

Reeltown linebacker Eric Shaw (6) leads the Rebels onto the field prior to the Reeltown vs. Fyffe AHSAA Class 2A state championship game at Jordan-Hare Stadium on Dec. 6.

Reeltown linebacker Eric Shaw (6) and Leroy's Jakobi Jackson (1) engage during the Reeltown vs. Leroy Class 2A semi-final football game in Reeltown on Nov. 29.

When Reeltown’s Eric Shaw lines up at linebacker, he said his primary goal is to take somebody’s head off. Given how well Shaw played in 2019, it’s safe to say he accomplished that mission more often than not.

Shaw was simply unstoppable on defense for the Rebels this season, racking up 132 total tackles — with 77 solo tackles and 16 tackles for loss — in addition to six forced fumbles, three fumble recoveries and three interceptions. Shaw played a crucial role on a Reeltown squad that won 13 games and reached the state title game for the first time since 2010.

Thanks to Shaw’s incredible senior season, he has been selected as the Opelika-Auburn News’ Defensive Player of the Year.

“It means a lot because I know how much hard work we put in. The more hard work you put in, at the end it makes you fight even harder,” Shaw said. “This season, this was a special season if you ask me. I feel like we accomplished a lot and we took the Reeltown standard back to the Reeltown way. I feel like we accomplished a lot with this class for the 2021 class and the youngins coming up.

“I feel like they’re going to be back again. I know that for a fact.”

Shaw had shown himself to be a talented football player prior to this fall, but there were certainly questions surrounding his play before the season.

Shaw had his 2018 season cut short due to a knee injury, which left him limited during the spring of 2019 as he tried to get back to 100 percent. Shaw said he headed in the right direction at the end of track season — at the end of which he won three state titles — but there was understandably some lingering anxiousness about returning to the field for the first time.

Any butterflies in Shaw’s stomach quickly escaped once he hit the field for the Rebels’ season opener against Bullock County. Shaw could not be denied in the team’s 18-6 victory, as he recorded 17 tackles to set the standard for the rest of the year.

“They had to hold me back to keep me off the field during spring. I wanted to get in so bad, but Coach had to tell me, ‘You can’t win games during the spring.’ Being patient was hard because I wanted to get out there so bad. In the end, I’m glad I did be patient,” Shaw said. “By the time I got back on the football field, it was like I never left.”

Shaw said he could tell during the summer there was something different about this year’s Reeltown team, and that became evident as he and his teammates wreaked havoc on opponent after opponent en route to a 9-1 record in the regular season.

Shaw and the others didn’t let up come postseason time, either.

Reeltown took care of its first three playoff opponents before facing off with Leroy in what of the most dramatic games in recent memory. After Shaw’s Rebels and the Bears traded blows for four quarters and into overtime, Shaw’s close friend, running back Cameron Faison, ended the game once and for all with a successful two-point conversion to give Reeltown a 29-28 semifinals victory.

Shaw said the victory was one he will cherish forever.

“That was an unbelievable experience right there. That’s one moment I wish I could go back to and relive over again. That was the best feeling I’ve ever had,” Shaw said. “Even coming up from Little League and winning championships, that moment (against Leroy), there ain’t nothing better. Seeing him get into that end zone, I was the first one on the field. I just took off running. That was a crazy moment.”

The win over Leroy sent Shaw and his teammates to Auburn’s Jordan-Hare Stadium, where the Rebels faced Fyffe for the Class 2A state championship game. Reeltown couldn’t keep up with the Red Devils, but the experience of getting to play in the Super 7 was still special to Shaw, who emphasized how the trip should be the springboard to even bigger things for the Reeltown program.

Shaw now has his sights set on South Carolina, the school he signed with in December. Shaw will likely play tight end for the Gamecocks but may also get a look on defense, which might be worthwhile given how great he was at finding the ball during his Reeltown days.

Shaw is eager to arrive in Columbia and show the world that going to a small high school doesn’t mean you can’t make big plays in the Southeastern Conference. Even with those high hopes for the future, Shaw remains dedicated to his Reeltown roots and everyone who set him up for this next step.