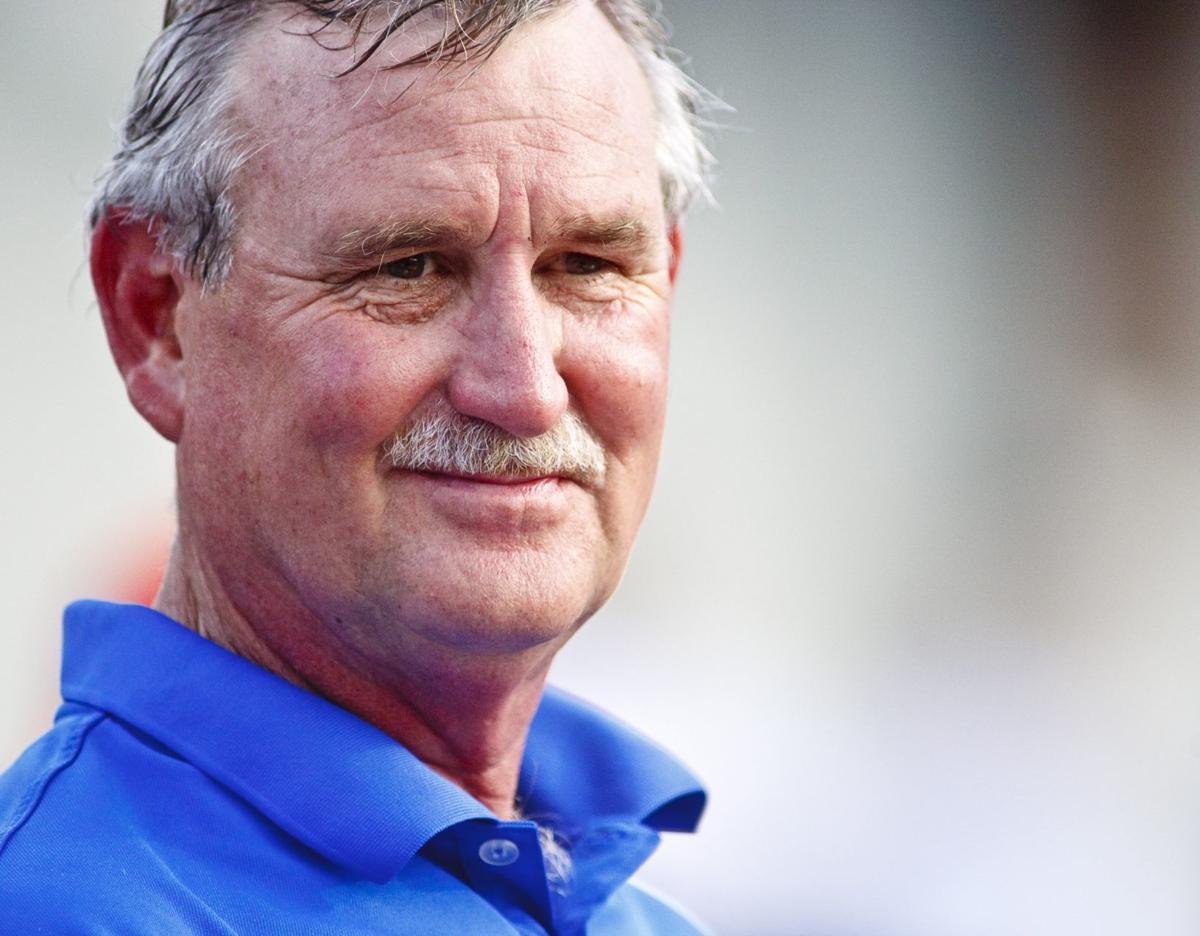 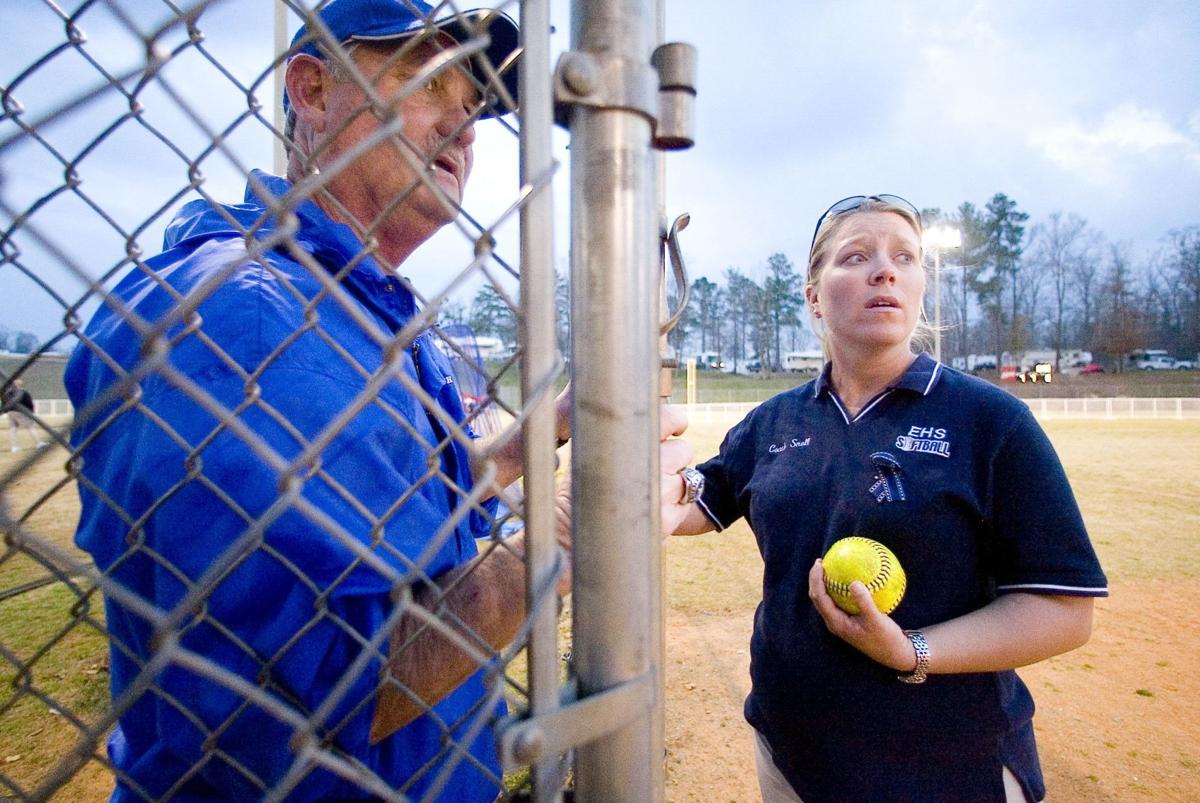 20070309---Auburn, Ala.--- Auburn High Athletic Director Chuck Furlow and EHS HC talk about the devastating tornado that tore across Enterprise High last week as Enterprise plays its first game since the disaster at the Auburn High Invitational softball tournament Friday in Auburn. Photo by Vasha Hunt. 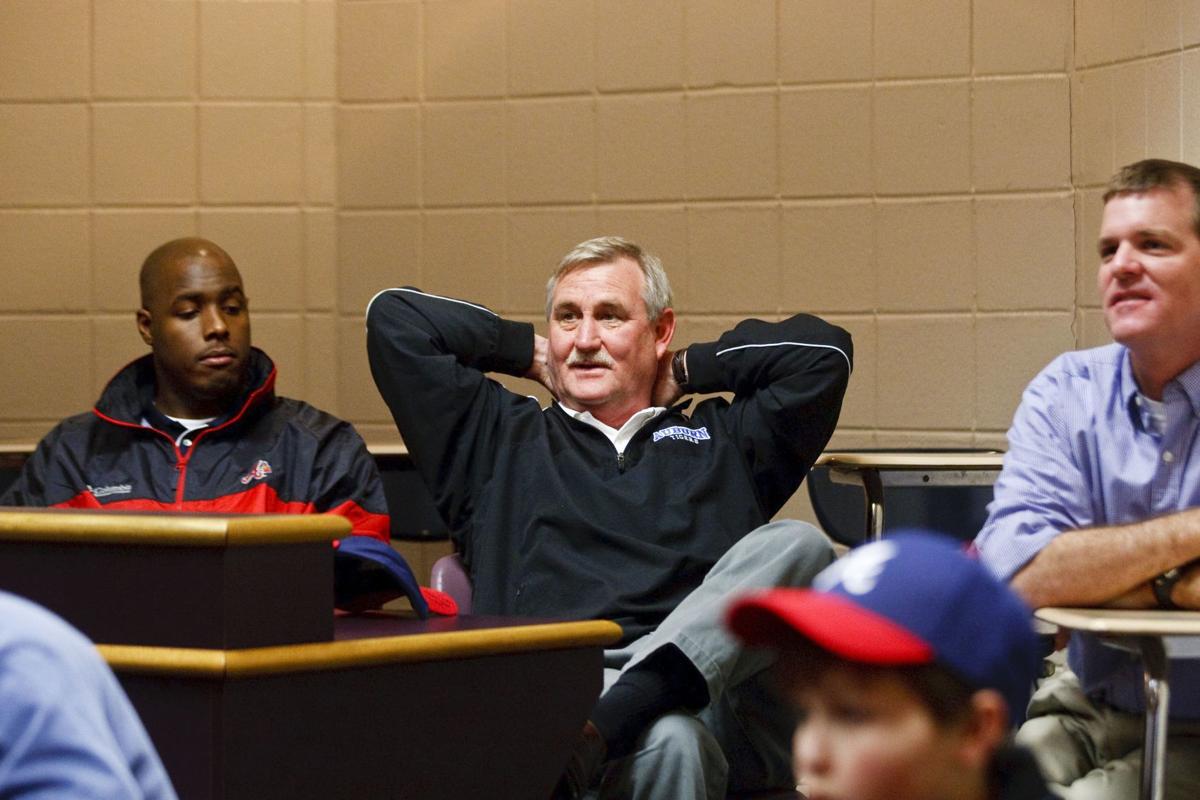 20070309---Auburn, Ala.--- Auburn High Athletic Director Chuck Furlow and EHS HC talk about the devastating tornado that tore across Enterprise High last week as Enterprise plays its first game since the disaster at the Auburn High Invitational softball tournament Friday in Auburn. Photo by Vasha Hunt.

Furlow coached various sports during his career, but the opportunity to solely concentrate on being Auburn High’s athletic director was too good to pass up. His focus helped breed a tremendous amount of success for the Tigers’ and Lady Tigers’ programs, and the people who knew him best credited him for setting the school system’s athletics up for the accomplishments that have continued well past his retirement.

“Chuck was not a guy who made a knee-jerk reaction. He just always seemed to have the right advice. One thing was always consistent, and that was his support as long as you were doing the right thing and giving great effort,” former Auburn High football coach Tim Carter said. “His advice was usually on point – really, often always on point. That's a great reassurance when you're in the coaching world and you have the chance to turn to an AD who can steer you in the right direction, help you through a dilemma and then celebrate with you in victory.”

Even after his retirement, Furlow remained a fixture around Auburn athletics. Clay McCall, who was a football and track coach under Furlow, said he leaned on Furlow greatly once McCall replaced him as the school system’s athletic director.

“I bounced a lot off of him my first couple of years, and really every year. He was always so kind to respond and was always so supportive,” said McCall, who is now an assistant principal at Harris County High School in Hamilton, Ga. “Coach Furlow was always very approachable. He was always very kind. He loved Auburn City Schools, and he loved Auburn City Schools athletics. He shared that with me, not only just in our offices when we had an opportunity to meet but he showed that also through his actions.”

Shortly after his retirement, he began work alongside Bill Cameron on the Sports Call show and remained there for nearly five years before following Cameron to ESPN 106.7 FM in 2013. The two have hosted The Drive radio show together since that time.

“There's no question – he loved it,” Cameron said. “It really tickled him when we had the opportunity to go to SEC Media Days since he had family up there in Birmingham. Just to be there and be able to interview and talk with the coaches and players, he loved it. He loved athletics, and he loved people. It was just natural for him. He really, really enjoyed interacting with folks on the air as well.

“It's just such a shock. So many folks know Chuck, so many more than even he realized, and he knew just about everybody.”

Although Furlow’s time at Auburn High set the stage for the school’s triumphs in so many sports, the coaches who got to know him during that time reflect more on the impression he made on their personal lives.

Carter credited Furlow as being one of two men – the other being former Auburn High football coach Robert Maddox – who made a profound impact on him during his time at Auburn, and the two would often visit each other during the summers. McCall said he was truly blessed to consider Furlow a friend, and the two remained close and had countless conversations that revolved more around family and less about how Auburn sports was performing.

McCall said he always tried to follow Furlow’s example when it came to working in athletics.

“He cared about the individual. Each coach starts with their own family, and that was something that was very important to coach Furlow. It was also to always take care of our student-athletes,” McCall said. “When you say take care of them, that means you need to be checking on them from the standpoint of everything from their academics to their athletics to their social lives, staying in their pocket and letting them know that you care about them.”

Furlow was well-known for his time at Auburn High and his radio career, but he was also involved in other community endeavors such as the Auburn Beautification Council. Cameron said Furlow was also looking forward to the return of the AHSAA Super 7 state football championship series, an event which Furlow regularly volunteered to help with, next month.

“He loved the area. He loved Auburn University and Auburn High School,” Cameron said. “He's going to be so sorely missed.”

A year in review: Top sports headlines from 2019