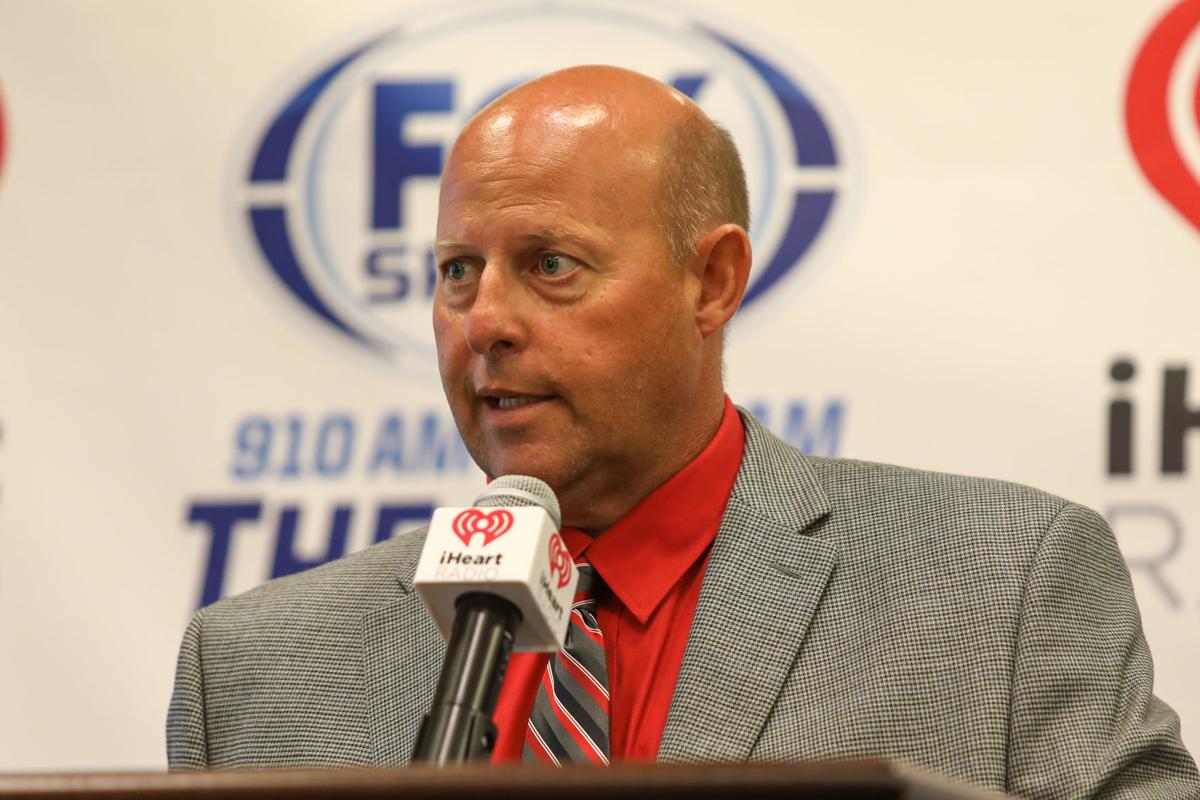 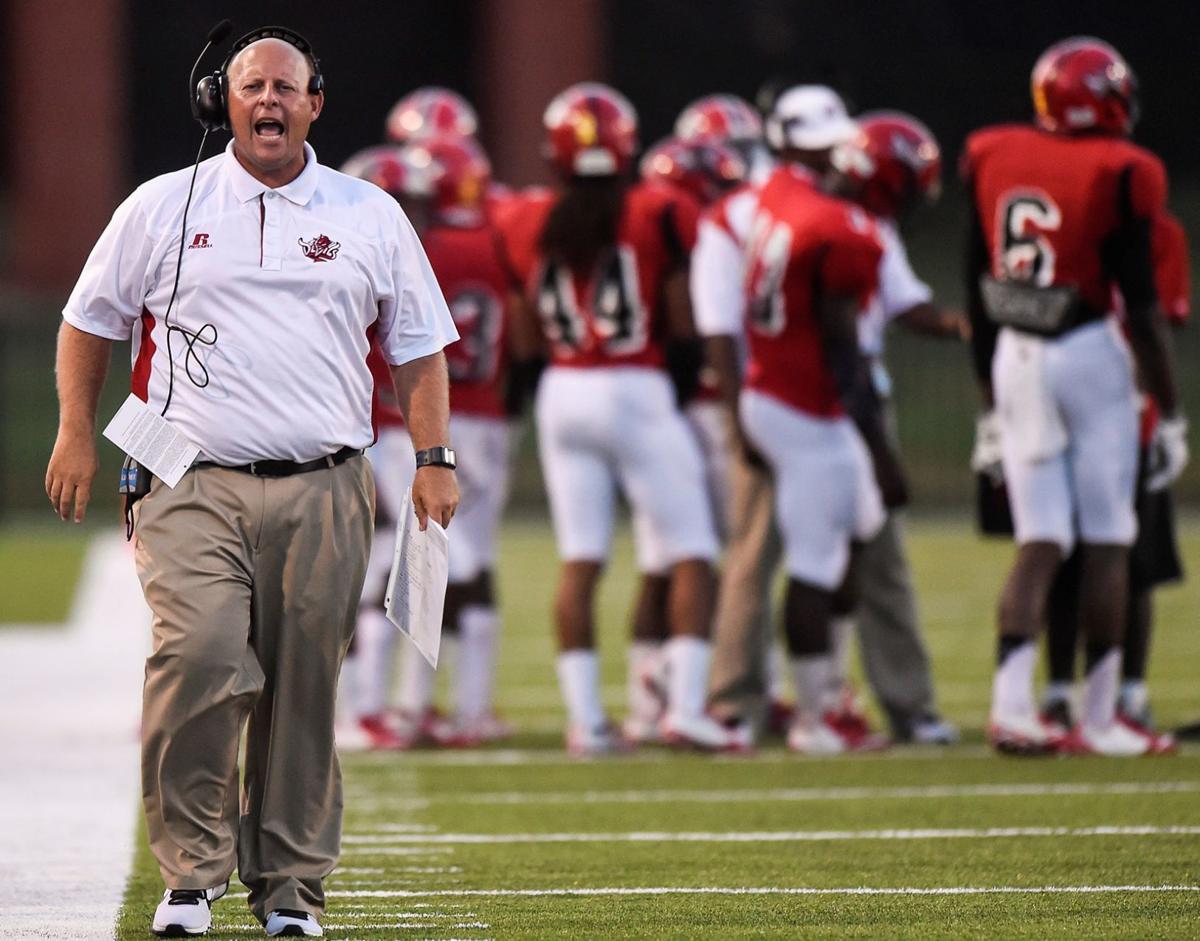 Shortly after Jamey DuBose arrived in Valdosta, Georgia, on Tuesday to put the finishing touches on an agreement to leave Central for Lowndes, the veteran head coach excused himself in the middle of a conversation about his time in Phenix City.

It wasn’t to take one of the countless calls that had blown up his phone since news leaked of his departure, and it wasn’t because he had cold feet about taking over one of Georgia’s premier Class 7A programs.

DuBose quickly composed himself and said all the right things about being the Vikings’ new head coach, but the moment demonstrated how difficult the decision was. It had weighed heavily on DuBose in the lead-up to Tuesday, and even though he ultimately followed through, the decision came at the end of a process that was nothing short of painstaking.

“I know that it’s going to take a long time to take Central out of me even down here right now,” DuBose said. “You always get questioned, ‘Are you making the right move?’ I’m at a wonderful place in Lowndes. Lowndes is probably the only job that could have pulled me away from that place. I did it more or less in the retirement mode. It’s something that when I’m 61 or 62 years old it’s why I made this move. I didn’t make this move for where I am right now. I made this move for my retirement years to be sitting on the front porch.

“I’m just excited that for six years I could call Phenix City home and have Central be a special place in my heart.”

DuBose, 50, was eligible to retire in Alabama and had been considering coaching outside the state for some time. When Lowndes became an option, DuBose and his wife, Tracey, began pondering the possibility and whether the timing was right for DuBose to go.

DuBose recalled holding hands with Tracey and both crying as they thought about what to do, and he spent time driving around alone to try and make up his mind.

Ultimately, the chance to draw retirement in Alabama while also coaching a championship contender in Georgia was too good to pass up.

“Lowndes is a town that’s similar to what I grew up in. It’s got a small-town, country environment. It’s got a good hometown feel. Here in Valdosta, it’s a place known as ‘Title Town’. A lot of people have always known about the football-rich talent in this area and in this town,” DuBose said. “It gave me the opportunity just to better my family with retirement and to continue to coach football for a few more years. It was a family move. It was a retirement move, and it was a move to try and do something else. That’s been a goal of mine — to not only win state championships in one state, but to win a state championship in another state.

“I’m at the tail-end of my career right now as far as coaching wise. I don’t know how many more years I’ll coach, but I thought it was time I needed to go chase that goal.”

DuBose was already a championship-winning coach when he arrived at Central in May 2014, but his time with the Red Devils cemented his status of one of Alabama’s best.

Central became a powerhouse under DuBose’s watch, as the Red Devils won 66 games in six years and captured the Region 2-7A title six seasons in a row. Central made it to the state semifinals three years in a row before finally breaking through in 2018 by beating Lee-Montgomery in the semis and smashing Thompson in the title game for the second championship in program history.

The 2019 Red Devils followed the title run up by winning 12 games and playing in the 7A championship game again, although this time they lost to Thompson. The return trip marked the first time in program history Central had played for the championship in consecutive seasons.

DuBose said all the success Central had during his tenure was a product of many things, including the support from the likes of principal Tommy Vickers and the coaching staff that surrounded DuBose. He thanked the Central fans for their commitment — calling them “the greatest fans in the state of Alabama” — and he also lauded the work and the buy-in of the players year after year.

It was those players — and specifically his off-the-field relationships with them — that made leaving weigh heavily on DuBose.

“Today as I sit here a day after (leaving), there’s still moments where I can’t talk about Central and me not being there right now and me not almost break up and cry. I’ve done it twice this morning where I teared up a little bit,” DuBose said. “I’ve thought about these kids that I coached five and six years ago and thought about the semifinal losses where we were hugging and crying and talking about life and everything else with them. We won a lot of games and had a lot of guys who were physical and were really good players, but when you take that helmet off they’re people. Those people have feelings and needs, and we were there trying to take care of everything.

“Me and my wife — it ain’t just me — my wife invested in this thing, too. That’s just the way Central is. It got in your heart. It’s a special place. It’s the best place I’ve ever been. I miss every second I’m not there, but I’m trying to make new memories here where I’m at.”

Although DuBose is coaching three hours away from Central, he emphasized he still wants to be part of the Red Devils’ program. Tracey will still be a graduation coach at the school, and DuBose said he’ll do whatever is asked of him to help in finding his replacement. He also said he plans to be on the sidelines for a Central game whenever he gets the opportunity.

As far as his successor is concerned, DuBose made it evident his focus isn’t on the coach’s Xs and Os or his track record. DuBose said he would tell his replacement to get to know his new players personally and learn about their lives, adding that he would be much better for it.

“Central taught me a lot about life,” DuBose said. “I would just tell the coach to listen to each individual and know where they’ve grown up and what their life is like. He’ll do a good job if he gets in there and loves them.”