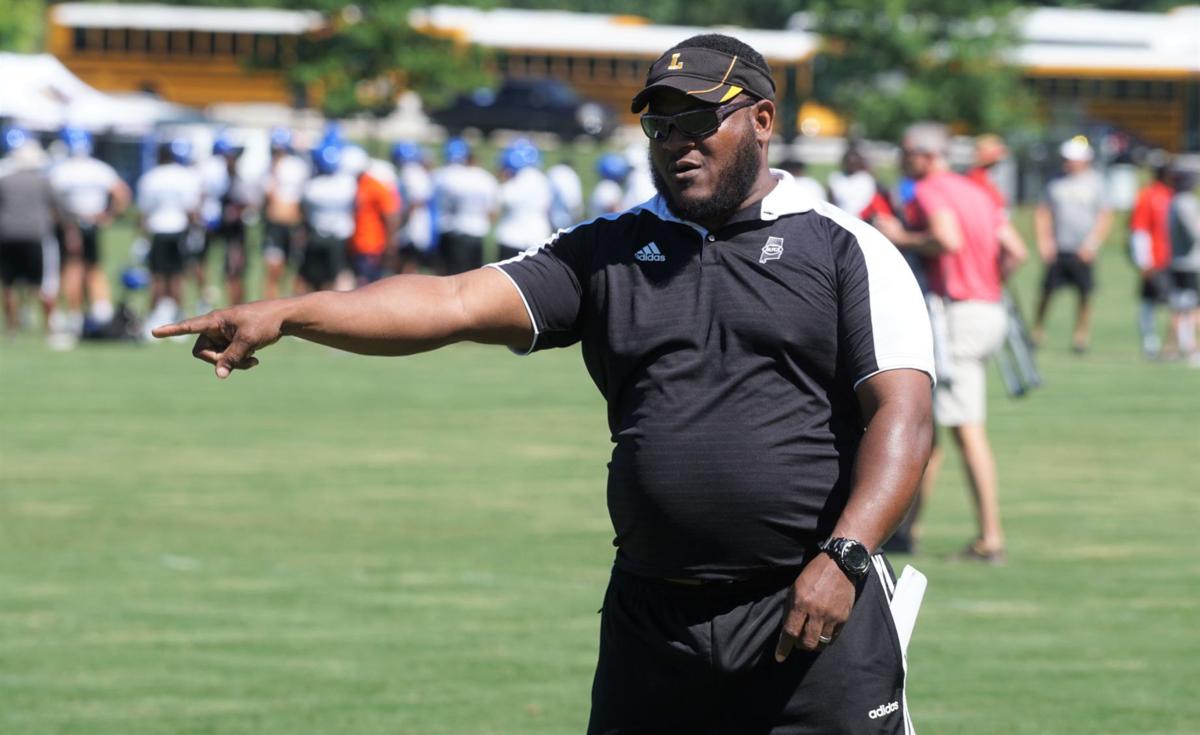 LaFayette head coach James Lucas leads the Bulldogs during a 7-on-7 tournament at Auburn University in June. 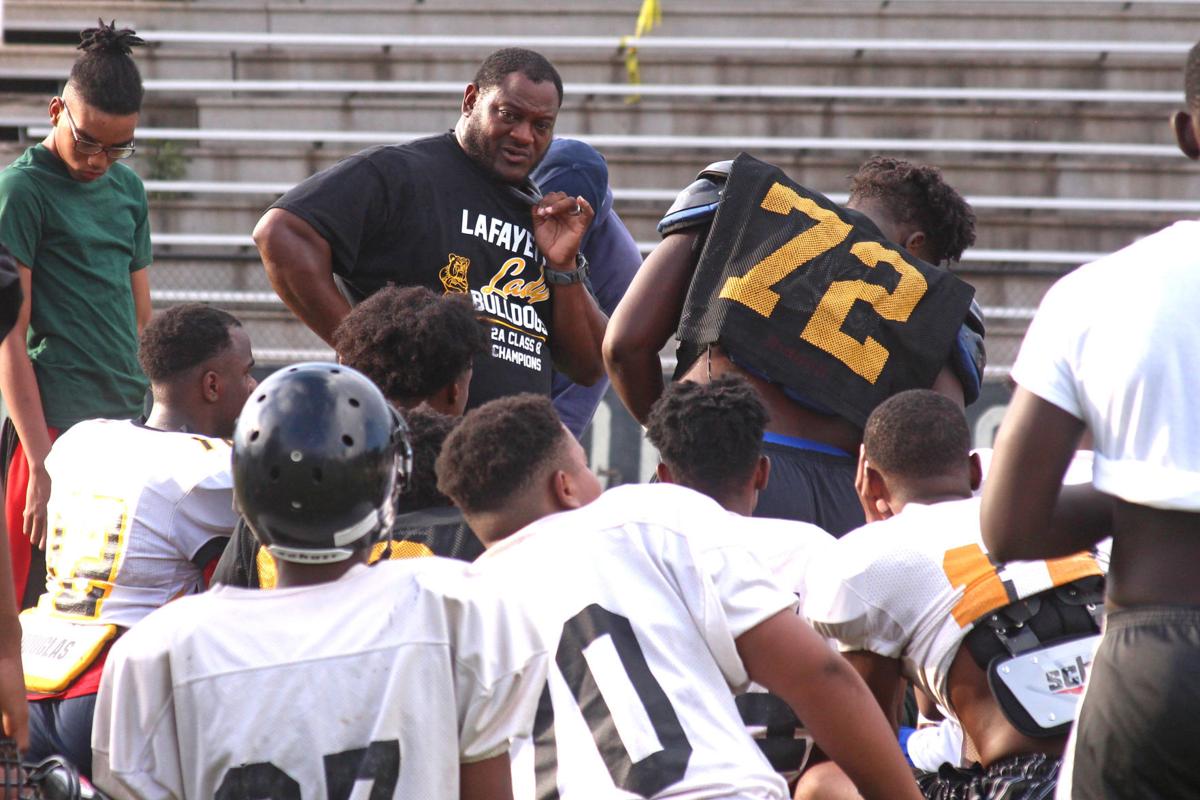 LaFayette head football coach James Lucas speaks to his team after a Bulldogs practice on Aug. 29, 2018 at Bulldogs Stadium.

LaFayette head coach James Lucas leads the Bulldogs during a 7-on-7 tournament at Auburn University in June.

LaFayette head football coach James Lucas speaks to his team after a Bulldogs practice on Aug. 29, 2018 at Bulldogs Stadium.

LaFayette head football coach James Lucas has resigned from his position. Lucas is also stepping down as the school’s athletic director.

Lucas just completed his sixth season as Bulldogs head coach and posted a 41-27 record in that time. LaFayette made the playoffs the last five seasons.

The Bulldogs went 6-5 in 2019, finishing second in Region 4-2A before losing in the second round of the Class 2A playoffs.

LaFayette’s win in the first round gave Lucas 41 wins with the Bulldogs, tying him for second all-time in program history with Chauncy Whatley.

“I just felt like it was time for me to step down to give somebody else a chance to take over the helm and push it forward,” Lucas said. “I’m 51 years of age, and I can’t do all the things I used to do in my 30s and 40s. I just feel like at the age of 51 — my wife and I have been married for 29 years, and it’s time for me to dedicate some time to her for as long as God’s got us on this earth.”

Lucas arrived at LaFayette prior to the 2014 season after a four-year run at Notasulga in which the Blue Devils went 23-21.

He took over a Bulldogs program that had made the postseason once in eight years and turned the program into a perennial playoff squad.

Lucas’ most successful season with the Bulldogs came in 2016.

Two years are a 1-9 debut season, LaFayette quarterback JaTarvious “Boobee” Whitlow and the Bulldogs won 12 games for the first time in program history and captured the team’s first region championship since 2005.

The Bulldogs’ dream season ended in the Class 2A quarterfinals against Fyffe, the eventual state champion.

“There were a lot of great things we produced up there,” Lucas said. “Being able to get successful things like a brand-new weight room given by the Auburn Extension Club and being able to get a new scoreboard for the stadium to give it a face-lift and being able to give the kids a sense of pride in the way we conduct our business and take care of business on and off the field was special. It’s been a very joyous six years of being at the helm at LaFayette.”

Lucas landed at LaFayette after several years at Notasulga, a tenure in which Lucas was a volunteer offensive line coach for five years before becoming defensive coordinator, interim head coach and ultimately head coach. Prior to landing on the Blue Devils’ staff, he was an assistant coach at Booker T. Washington.

Lucas played football at Billingsley and Troy University, and he was a running back on the Trojans’ Division II national title team in 1987.

Using football as a platform to help his players remains one of the aspects of Lucas’ coaching career that means the most to him.

Lucas said it’s been rewarding to see the support around the LaFayette program, adding it’s not something you see at every school. As far as whoever replaces him goes, Lucas advised that person to keep God first and to stay humble even when the Bulldogs are playing well on the field.

Lucas may be stepping away from the Bulldogs’ program, but he made sure to thank the people who helped make his time with the team successful.

“I’d like to give thanks to the administrative staff, my principal, my superintendent and the community for giving me the opportunity to represent LaFayette at the fullest,” Lucas said. “If there’s anything they need, they have my number and know where to reach me.”