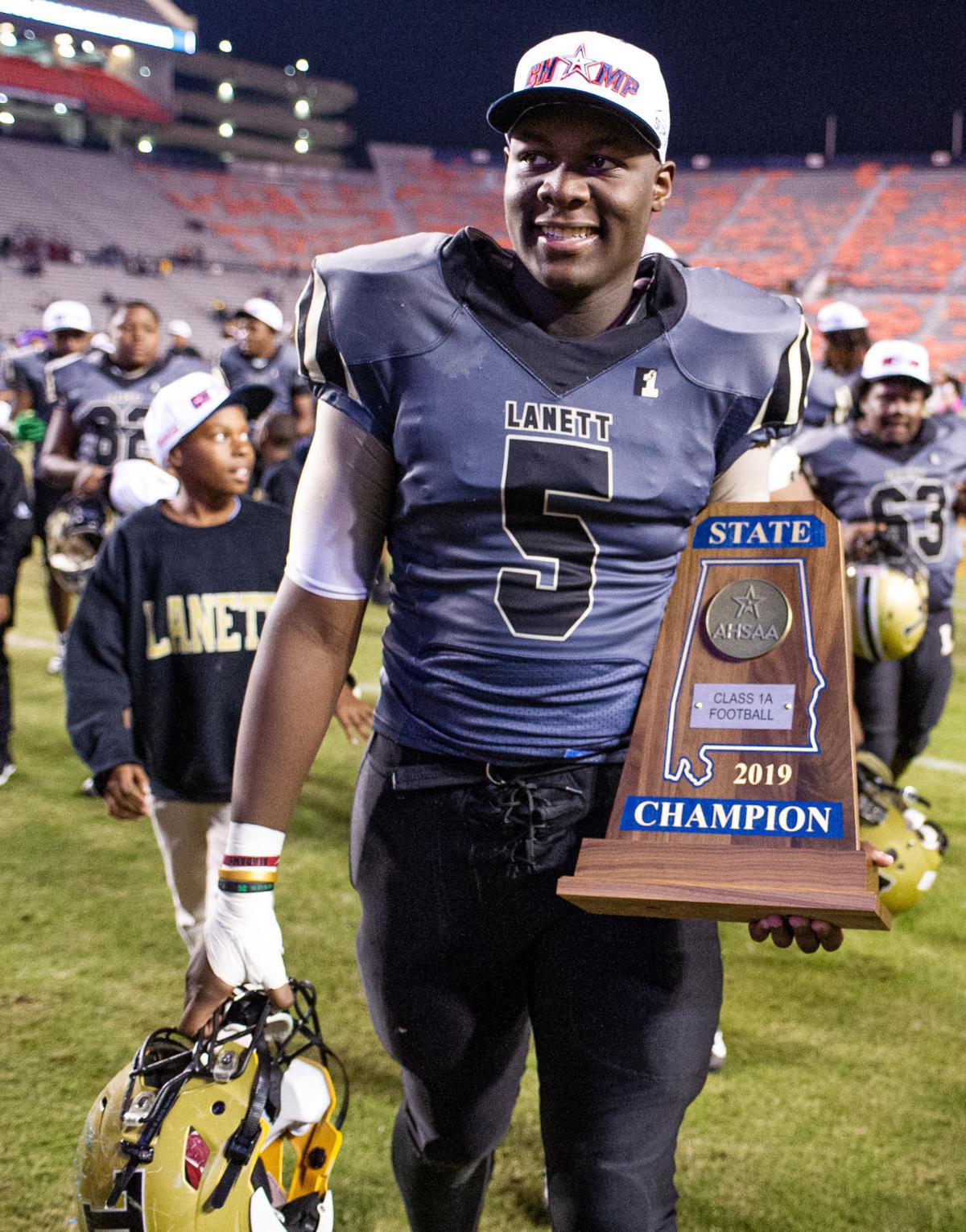 Lanett's Caden Story (5) leaves the field with the championship trophy after the Panthers defeated Mars Hill Bible on Dec. 5 in Auburn's  Jordan-Hare Stadium. 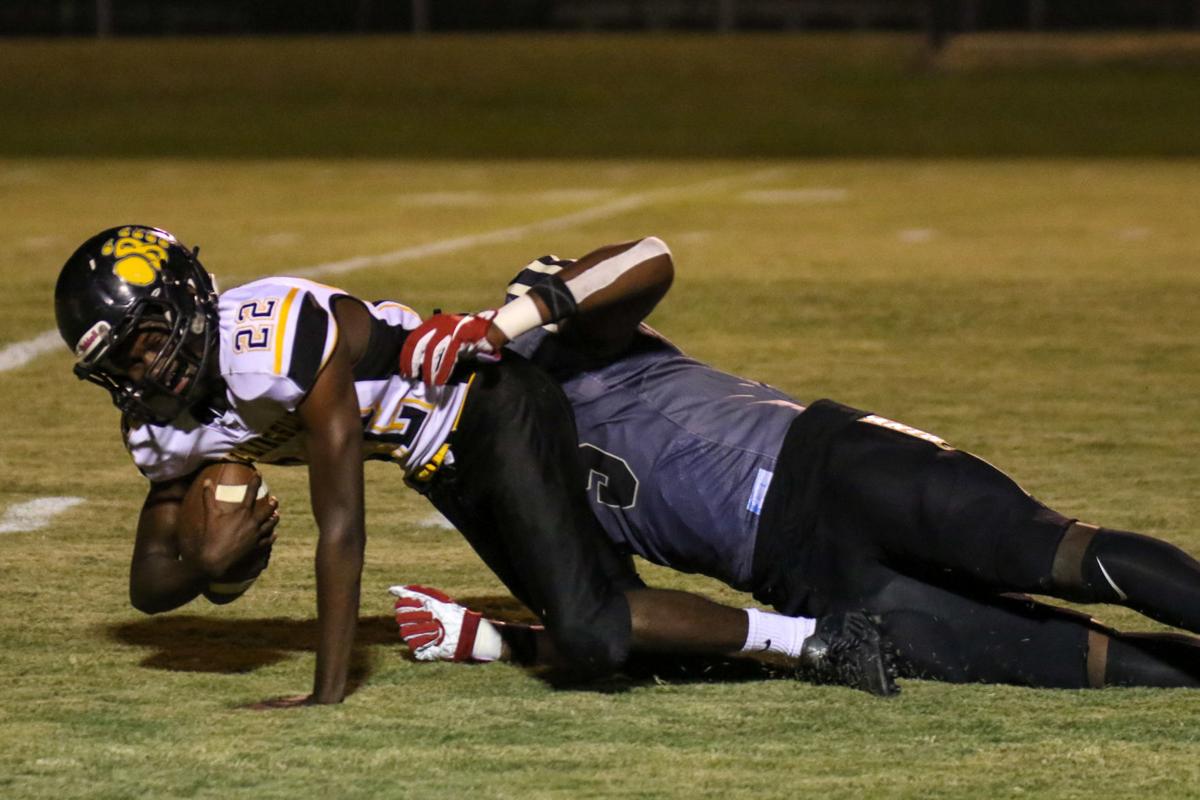 Billingsley's Devory Huffman (22) is tackled by Lanett's Caden Story (5) during a high school football game at Morgan-Washburn Stadium in Lanett in 2019.

Lanett's Caden Story (5) leaves the field with the championship trophy after the Panthers defeated Mars Hill Bible on Dec. 5 in Auburn's  Jordan-Hare Stadium.

Billingsley's Devory Huffman (22) is tackled by Lanett's Caden Story (5) during a high school football game at Morgan-Washburn Stadium in Lanett in 2019.

Lanett defensive lineman Caden Story may have only been a sophomore last fall, but his play demonstrated he has the makings of a truly special football player. Given that talent and his potential, he has earned elite status in the recruiting world.

Story has been rated as a four-star prospect per 247Sports’ recruiting ratings. Per the site’s rating system, a four-star recruit is reserved for players who the analysts believe will have productive college careers and be selected in the NFL Draft. Only about 10 percent of prospects in a given recruiting class are considered four-stars.

Per the site’s ranking system, Story is considered the eighth-best player in Alabama’s Class of 2022, the 17th-best athlete in the nation and the 168th-best overall player in the country.

“It’s what I dreamed of as a kid, to see my dreams become reality,” Story said of receiving four-star status. “I’m very thankful to be in this position.”

As grateful as Story was to receive the recognition, he didn’t just luck into the attention.

Story played well in his first year playing on the defensive line as part of a Lanett team bent on winning it all. The 6-foot-4, 235-pound rising junior ended his 10th-grade season having recorded 68 tackles, 14 tackles for loss and six sacks to help the Panthers win their second state championship in three seasons.

Story also played tight end and had eight receptions for 74 yards and nine carries for 66 yards and two touchdowns.

“For it to be the first time he ever played defense, he did an awesome job. He was physical, and he learned how to get off blocks,” said Lanett head coach Clifford Story, Story’s father. “I was very pleased with what he was able to accomplish this year playing defense.”

Story’s potential remains untapped as he continues growing — his doctor projected he could be between 6-foot-6 and 6-foot- 8 — but he is still working hard on a daily basis. While future camp and school visits are on hold for the time being, he said he is still perfecting his craft by regularly going to the field to work on his speed and to make sure he stays in shape.

Story has benefitted from watching older brothers Trey and Kristian go through the recruiting process. Now, it’s his time to shine, and he’s eager to let all the college coaches know what he plans to offer their respective school.