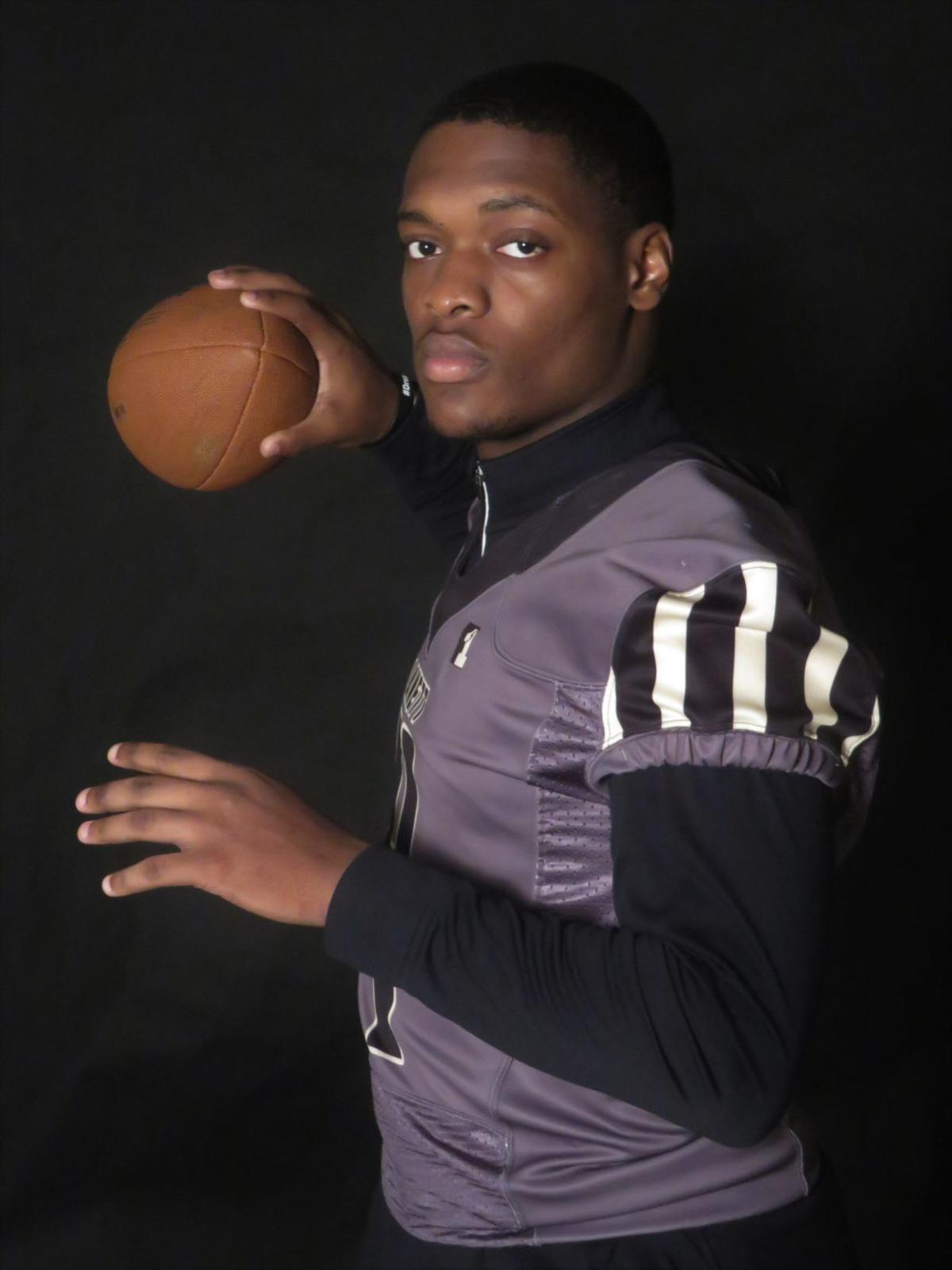 Lanett senior quarterback Kristian Story threw for 2,865 yards and 35 touchdowns and also ran for 1,293 rushing yards and 17 touchdowns in 2019. 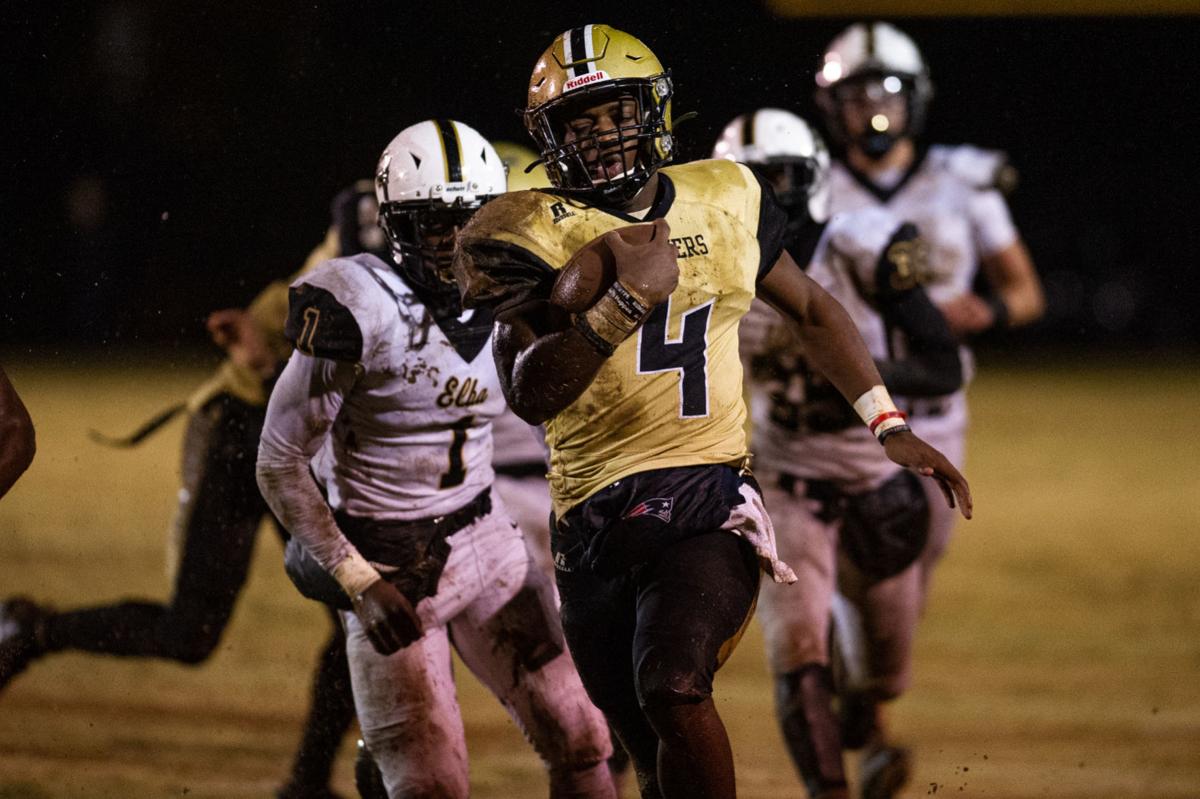 Lanett's Kristian Story (4) rushes for a touchdown in the first half of the Panthers' playoff game against Elba on Nov. 15 in Lanett. 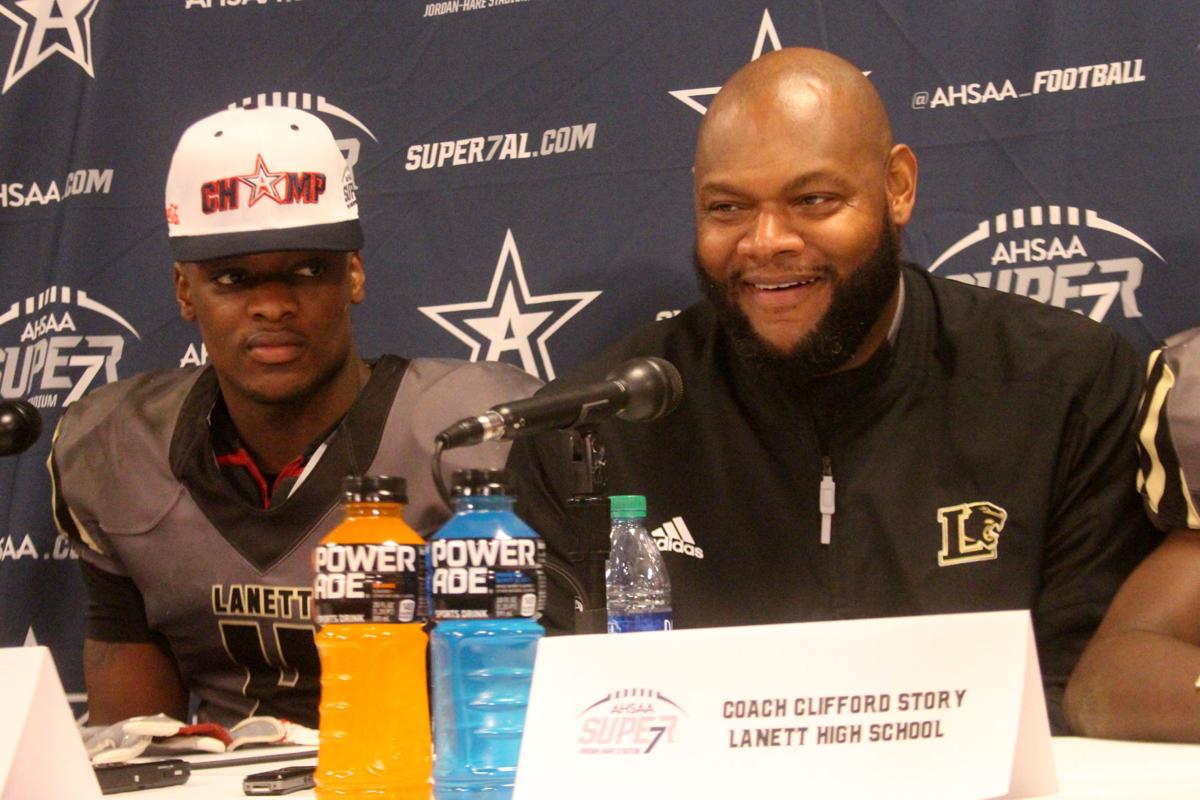 Lanett senior quarterback Kristian Story, left, sits in the postgame interview room next to his father and head coach Clifford Story after the Class 1A state championship game on Dec. 5.

Lanett senior quarterback Kristian Story threw for 2,865 yards and 35 touchdowns and also ran for 1,293 rushing yards and 17 touchdowns in 2019.

Lanett's Kristian Story (4) rushes for a touchdown in the first half of the Panthers' playoff game against Elba on Nov. 15 in Lanett.

Lanett senior quarterback Kristian Story, left, sits in the postgame interview room next to his father and head coach Clifford Story after the Class 1A state championship game on Dec. 5.

Entering his senior season at Lanett, Kristian Story had a bad taste in his mouth that only a state championship could cure. Fifty-two touchdowns and one Class 1A title later, Story left the field for the last time with a smile.

Story was simply incredible in his final year as a Panther, as he threw for 2,865 passing yards and 35 touchdowns and also ran for 1,293 rushing yards and 17 touchdowns to pace a Lanett squad determined to win its second state title in three years.

Story helped the team follow through on that goal in the championship game against Mars Hill Bible, as he scored four touchdowns and won MVP honors in a 41-30 Lanett victory.

Thanks to Story’s spectacular play from Game 1 to Game 14, he has been named the Opelika-Auburn News’ Offensive Player of the Year.

“For it to be my senior year and after all the accolades, (winning the championship) just made it so much better,” Story said. “Had we not won it, the records wouldn’t have meant as much to me because I didn’t do it while helping my team win a state championship.”

Story had become well-established in his first two seasons as Lanett’s starting quarterback, but that didn’t mean 2019 was a cakewalk for the Alabama commit.

Story had to face some adversity in the offseason due to surgery for a torn labrum in his throwing shoulder, which limited him significantly in the spring and summer. Story was on what was essentially a pitch count in the opening weeks of the season, which at times left him frustrated as he tried to regain his feel when passing.

It wasn’t until Lanett’s rivalry game against LaFayette on Aug. 30 that Story really felt like he had returned to form.

“At first when I was throwing, I wouldn’t say it hurt but I knew my limitations on how I was throwing the ball. I knew how it used to jump out of my hand,” Story said. “When I threw the ball one time against LaFayette, it was a fade in the end zone to Larontavious Hurtson. When I threw that ball, I was like, ‘OK, I’m back. Now I feel it.’”

Story hit his stride soon after, and with that came loads of points for the Panthers. Lanett averaged just under 33 points per game in the regular season as Story helped the Tigers blow out opponent after opponent en route to the team’s third consecutive region championship.

As the schedule transitioned to the postseason, Story rewrote the state record book.

Story shattered two AHSAA state records in the Panthers’ third-round playoff game against Isabella, as he broke Pinson Valley’s Bo Nix’s career records for total touchdowns and total yards of offense. Story took the time to acknowledge the awards, but he made it clear they would mean nothing if Lanett didn’t win another championship.

“It was a surreal moment, but I had to just settle back in and hone in on the game because I knew if we lost, man, those records wouldn’t mean anything to me because we didn’t come out on top,” Story said.

Story followed the win over Isabella with a five-touchdown effort against Sweet Water — the last one being the go-ahead score with 38 seconds left in the fourth quarter — to send the Panthers to the state title game against defending champion Mars Hill.

Story ended his high school career in style, setting a Class 1A title game record with 249 passing yards to go with two passing touchdowns and two rushing touchdowns. His second rushing touchdown — a 52-yard scramble with 4:01 left in the third quarter — proved to be the one that Mars Hill could not overcome and helped Lanett seal the fourth state title in program history.

Immediately after the game, Story explained how much the win meant to him.

“It really hasn’t hit me yet. When I get to the locker room, it’ll probably hit me because I’m like, ‘I’m taking my uniform off for the last time,’” Story said. “It was very significant to me. It was my last time out there with my brothers. I just wanted to end it on a good note and not go home sad thinking our season was in vain. It was a great feeling.”

Story’s spectacular 2019 didn’t end with the win over Mars Hill. The next day he was named the Gatorade Alabama Football Player of the Year, and on Dec. 18 he officially signed to play for the Crimson Tide.

Story has a bright future ahead, but he is aware that getting to play for Nick Saban was only made possible thanks to his time as a Panther. Those memories are sweet ones for Story, and he’s made it clear he has no intention of forgetting where he came from.

“Lanett is a very special place. Everyone is like family. Every team I’ve been on has been very close,” Story said. “Just for us to create these memories together and bonds that will last a lifetime means a lot.”