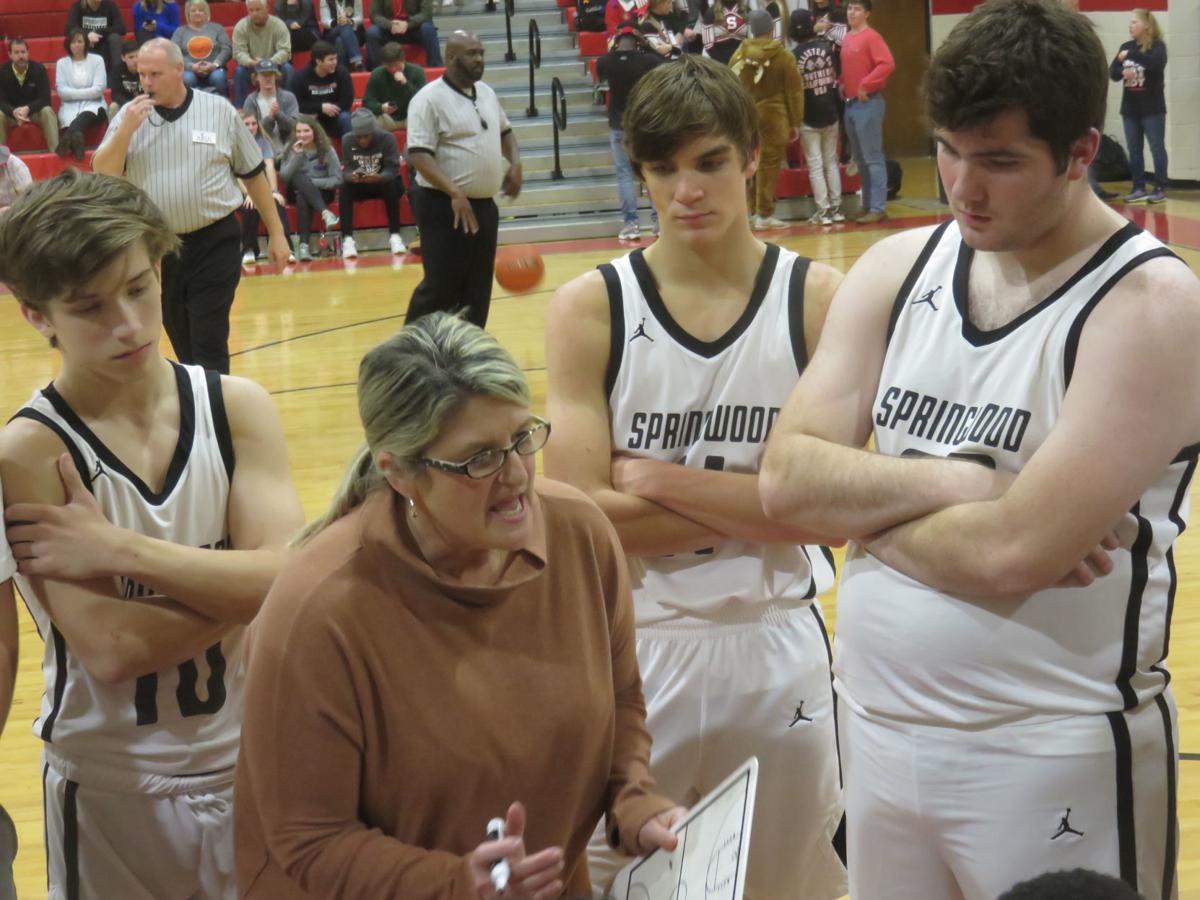 Springwood head coach Lisa Ciampi-Sampson talks to her team during at timeout in the Wildcats' home game against Edgewood Academy on Thursday, Dec. 19. 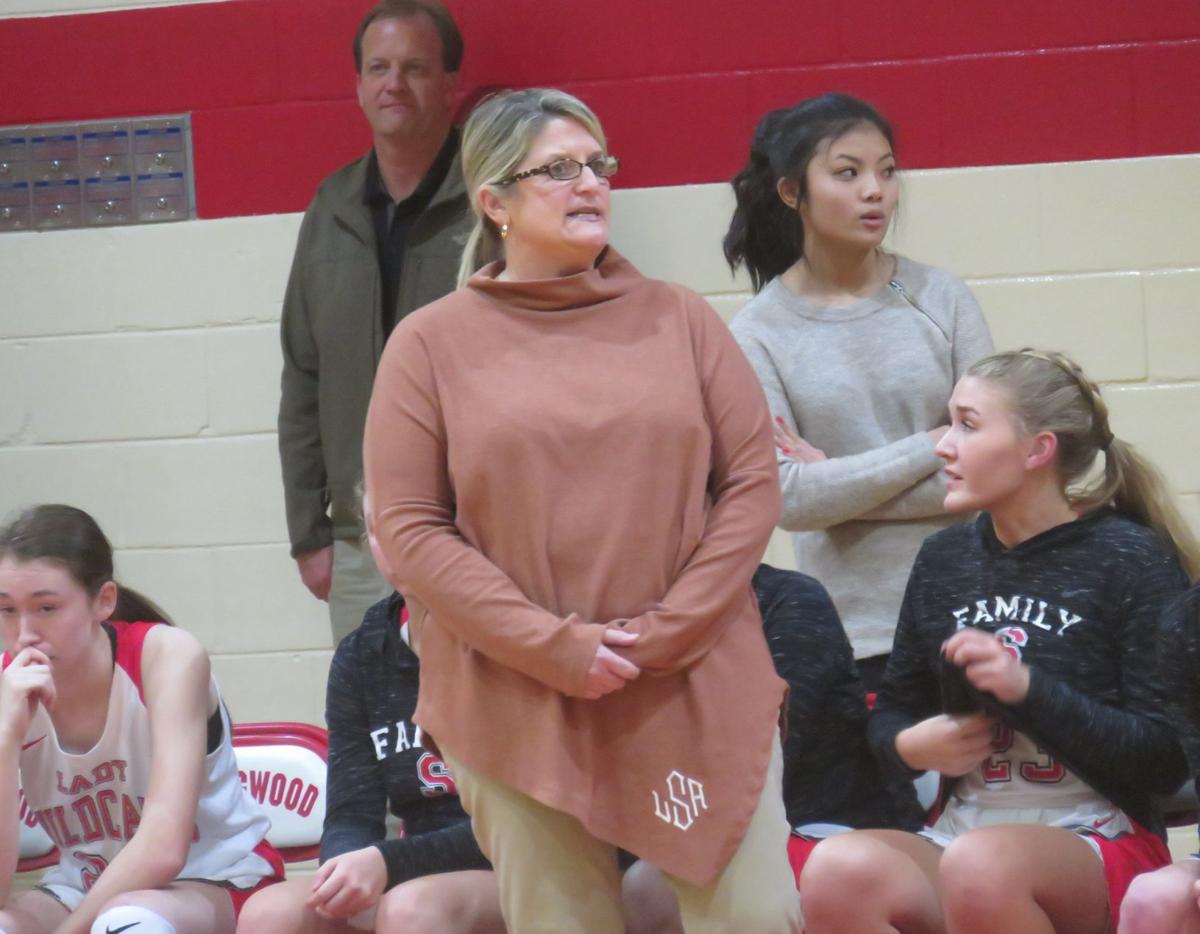 Springwood head coach Lisa Ciampi-Sampson talks to her team during at timeout in the Wildcats' home game against Edgewood Academy on Thursday, Dec. 19.

As the daughter of Women’s Basketball Hall of Fame coach Joe Ciampi, Lisa Ciampi-Sampson has seen what it takes to lead a basketball program. And, as Ciampi-Sampson has proven through the first month of this season, she is fully capable of leading two teams at the same time.

Ciampi-Sampson has excelled in her first season as Springwood’s varsity boys and girls head coach, as the Wildcats are 6-3 after a winless 2018-2019 season and the Lady Wildcats are 8-1. The hot start to the year has been a welcomed sight for Ciampi-Sampson, but she knows it’s just the start to what she is trying to build.

“It has been great. It’s really been about the kids, their energy and their excitement for Springwood basketball and their willingness to work and do what we’re asking them to do. It’s been incredible,” Ciampi-Sampson said. “For (assistant coach Mike Jenkins) and I, it’s just about bringing the excitement back to basketball at Springwood. If we win some along the way, that’s just icing on the cake.”

Ciampi-Sampson arrived at Springwood this fall with plenty of prior basketball experience.

Ciampi-Simpson played for her father at Auburn then turned to coaching shortly after college, spending two years as the head girls coach at Lee-Scott Academy. After her run with the Lady Warriors, she moved to Birmingham and coached an AAU girls team which produced six collegiate players.

Once Ciampi-Sampson and her husband, Kirk, had sons Hayes and Jake, she coached them in the local rec league and eventually into the Auburn Raptors’ AAU program. Ciampi-Sampson is currently the president of the Raptors’ organization, which means she’s in charge of 11 teams.

Ciampi-Sampson wanted to take over one more team when she heard about the vacancy coaching the Springwood boys. Soon thereafter, she realized their were actually two jobs on the table.

“During our initial conversation when I inquired about the coaching job, I didn’t know that both were open. When I came in, (Springwood headmaster Lowrie) McCown had me and (athletic director John) Gartman just talking about the positions. Obviously, they had me for the girls coach, which being a female I get that,” Ciampi-Sampson said. “It was tough. I know they had talked to several others about the coaching position. It was really just a matter of, hey, we can take this on, we can help out and make this work coaching both teams.”

Ciampi-Sampson and Jenkins quickly went to work with Jenkins leading the junior varsity squads and the two working together with the varsity teams. Ciampi-Sampson said they are basically coaching the same system for the boys and girls, which means most of the drills they set up are similar between the two squads.

Ciampi-Sampson spends a considerable chunk of each day at practice from the time the junior varsity boys begin in the school’s one gym until the varsity and JV girls finish up later in the afternoon. Although the time commitment is considerable, Ciampi-Sampson welcomes the chance to work with all the players.

“We’re in the gym about four hours every day, but where else would we want to be?” Ciampi-Sampson said.

Ciampi-Sampson’s first season has featured considerable strides for both teams.

The Lady Wildcats have returned to the form that led to a state championship in 2016, as seniors Andie Martin and McKayla Barber along with sixth grader Tori Patillo have gotten the team off to a great start in non-region play.

The Wildcats, meanwhile, have left last season’s winless campaign in the past, and the coaches’ focus on fundamentals along with the leadership of Francis Okeyia, Louis Morrison and Bryant Teel have the team three games above .500 and eager to keep the momentum going into the new year.

Ciampi-Sampson has been pleased with the results so far and is hopeful that both teams can keep it up, especially once region play begins.

Ciampi-Sampson said the goal for both squads is to win Area 1-AAA, which is a tall task considering Lee-Scott and Glenwood also call the area home. The plan to make it all happen is for Springwood to play aggressive defense, which should lead to easy buckets and some frustrated opponents.

“We want to place well in the region and then have an opportunity to make a little noise at the state tournament,” Ciampi-Sampson said. “We’ve got Lee-Scott and Glenwood, so that’s a tall task. If you don’t set high goals, what’s the point?”