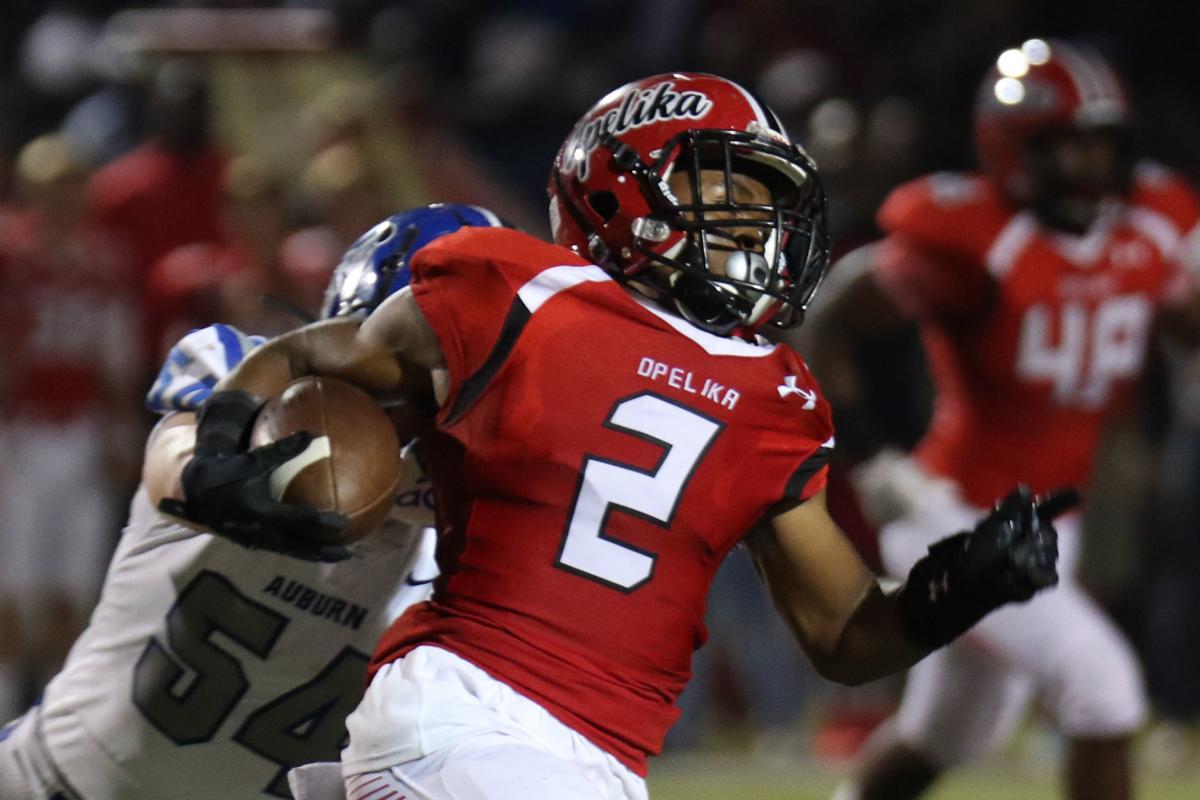 Opelika safety Jaylen Stinson (2) returns an interception during the Opelika vs. Auburn High game at Bulldog Stadium on Aug. 30. 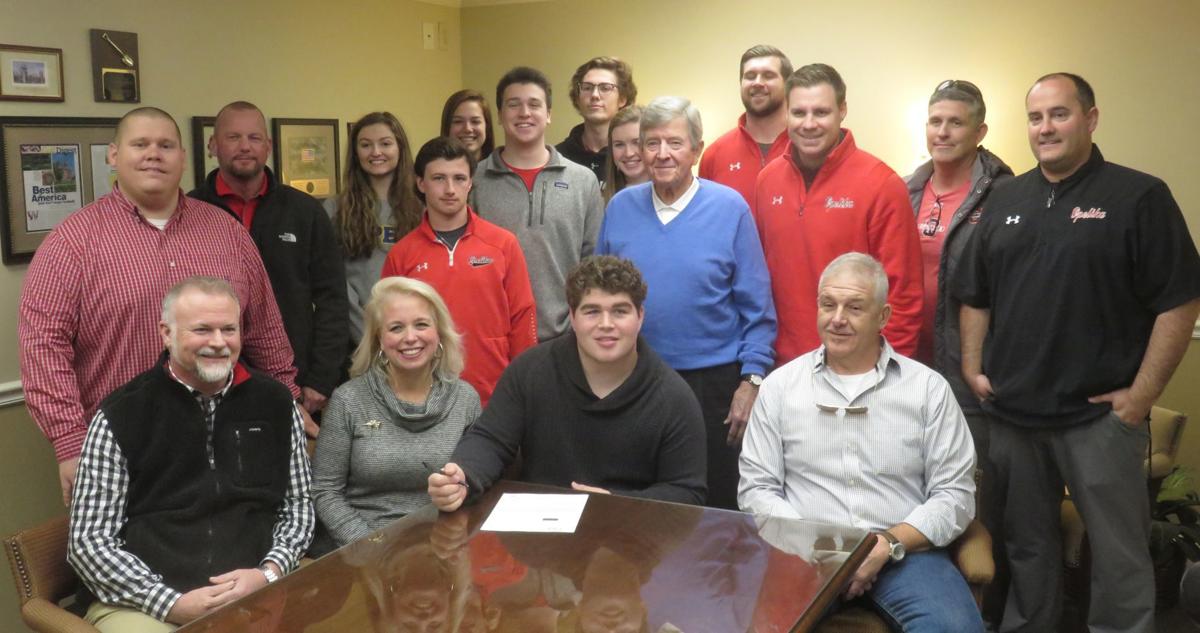 Opelika offensive lineman James Dawson​ is joined by family, friends, teammates, coaches and Opelika mayor Gary Fuller as he signs to play for the Kennesaw State Owls on Wednesday.

Opelika safety Jaylen Stinson (2) returns an interception during the Opelika vs. Auburn High game at Bulldog Stadium on Aug. 30.

Opelika offensive lineman James Dawson​ is joined by family, friends, teammates, coaches and Opelika mayor Gary Fuller as he signs to play for the Kennesaw State Owls on Wednesday.

Generally speaking, Opelika safety Jaylen Stinson is a quiet, reserved person. Given his nature, it was only fitting he quietly pulled off one of the biggest surprises locally during the early signing period.

Stinson surprised many on Wednesday by decommitting from Purdue and signing with the Duke Blue Devils. Stinson’s decision reunites him with former Opelika offensive lineman Rakavius Chambers, who is a rising senior with the Blue Devils.

“Me, my mom and my family, we just felt like Duke was the better school for me and that I have a better chance to succeed at Duke,” Stinson said. “It feels great. I just really wanted to get it over with. It just feels great to know I made the right decision.”

Stinson is rated as the 38th overall recruit in Alabama’s Class of 2020, per 247Sports’ composite ratings. Per the same metrics, he’s the 67th overall athlete in the entire country.

Stinson originally committed to Purdue on Aug. 1, but he said he and his family decided Duke was where he should go about two weeks ago. Stinson and his relatives kept the late change under wraps besides telling the Duke coaches, who Stinson said were ecstatic about the news.

Given Stinson’s play, it’s easy to understand why.

Stinson led the way once again for the Bulldogs’ defense in 2019, recording a team-high 67 tackles as a safety who wasn’t afraid to come up and stop the run. In addition to his defensive duties, Stinson handled the punting duties and also returned punts and kicks for the team.

Stinson also came through in other ways on special teams, which included returning a blocked punt 70 yards for a touchdown in the Bulldogs’ second-round playoff victory over St. Paul’s.

“They’re getting a great person, a great student-athlete and an extremely hard worker. He’s always a guy who’s up here in the weight room putting in his time,” Opelika head coach Erik Speakman said. “You never have to worry about him giving his best on any play. He’s going to play everything 100 percent. Usually when one of your best players always plays hard, it kind of brings everybody else along.”

Stinson said his time as a Bulldog prepared him for the next step, adding that the competition Opelika regularly played was the best of the best. He particularly enjoyed his senior season with the squad, as he was able to influence the younger players and show them what it takes to play standout football at Opelika.

Stinson kept his secret up to signing day and is now bound to play in the ACC. He said he’s excited to one day be a fixture for Duke fans, but first, he’s got unfinished business at Opelika.

“I’d like to let (the fans) know I’m very dedicated. You can always count on me. I’m going to do the right thing,” Stinson said. “I’m very excited, but I want to make sure and finish off my senior year with a bang. I’ve got indoor and outdoor track coming up. After that, it will be all Duke.”

Wednesday marks the first day of the early signing period, a span of three days in which local college football recruits can sign their nation…

Wednesday marks the first day of the traditional signing period for high school student-athletes to sign their national letter of intent.