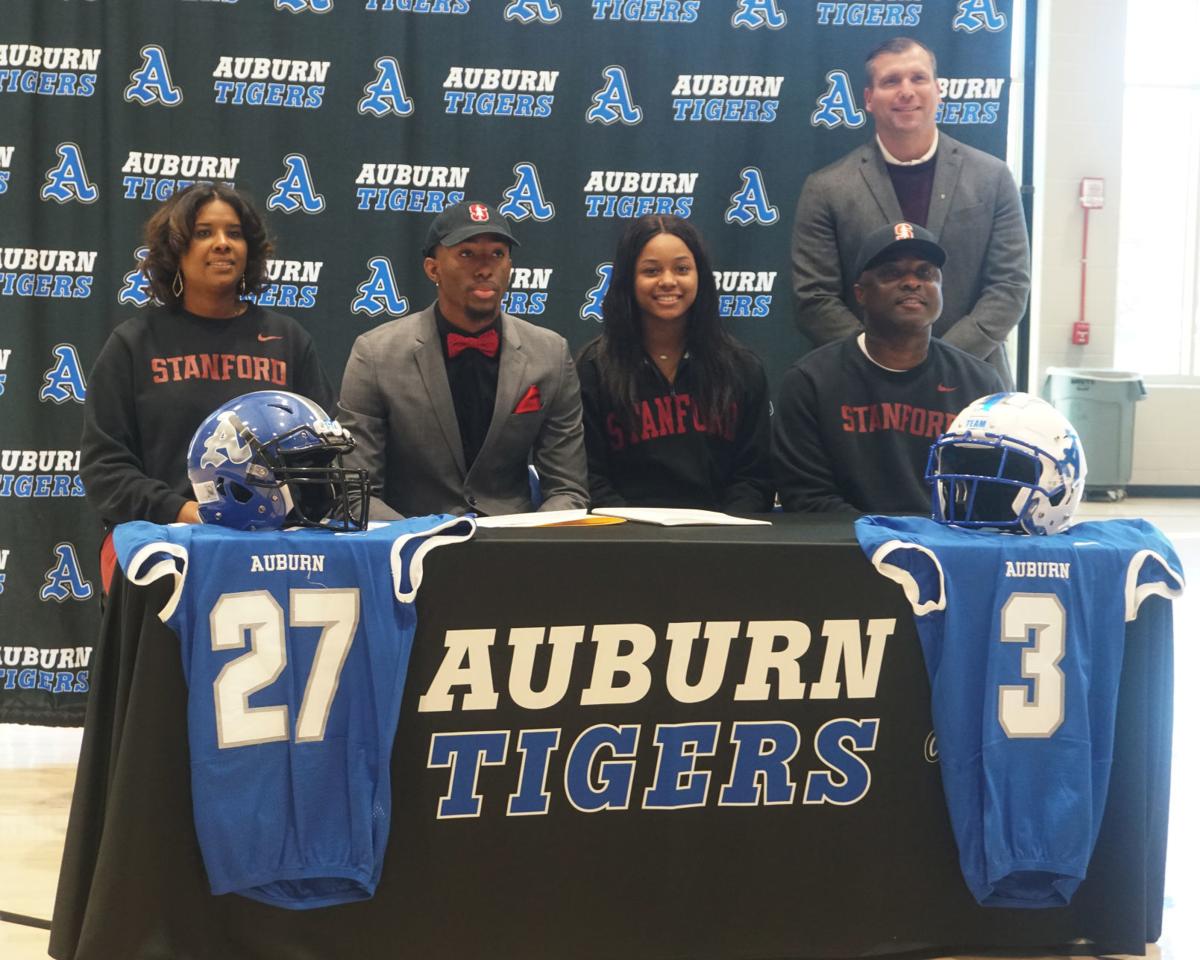 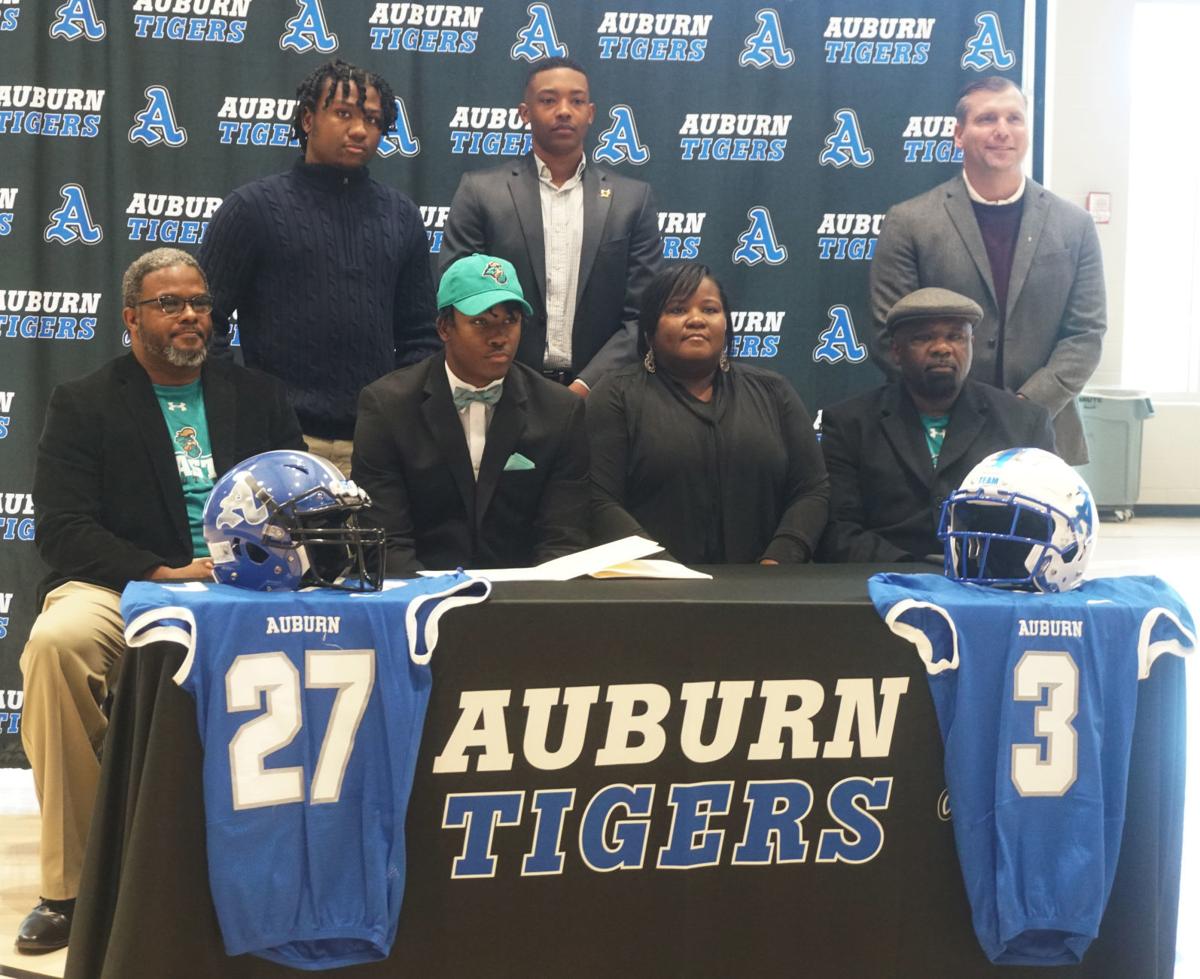 National Signing Day is a day when childhood dreams become a reality for high school seniors across the country. For Auburn senior Omari Porter, that sentiment was especially true.

When her three children were young, Sharmane Porter had them write down their dream schools. Before Omari was old enough to even play organized sports, he had two schools on his list above all others: the red school and the blue school.

On Wednesday afternoon, Omari saw that childhood dream come true, as he signed to play for the Stanford Cardinal.

Porter has been a star for the AHS defense since transferring to Auburn when his father, Larry, was hired as an assistant on Gus Malzahn’s coaching staff. The 6-foot-1 cornerback admits that when he chose the Pac-12 power, some of his teammates joked that he needed to stay close in the SEC.

While his offer list included SEC teams like Vanderbilt and Kentucky, the combination of a successful football team and nearly-unmatched academic prowess is what made the school so appealing to Porter from such a young age.

“Three to four years, most likely four, get my degree,” Porter said of his future plans. “Take that, maybe go to the league — if I don’t have the opportunity to go to league, then I’ll be an anesthesiologist.”

With his father steeped in the business side of coaching and recruiting, Porter said that gave him a unique advantage as he attacked the process.

“I know as well as anybody knows that coaches can be gone tomorrow,” Porter said. “I fell in love with Stanford, not coach (Duane) Akina and coach (David) Shaw. But I do love them as well.”

While Porter is headed to the West Coast, teammate Aaron Diggs is bound for the East. On Wednesday, Diggs signed with Coastal Carolina.

“A lot of stress is gone,” Diggs said. “It is good to know that my hard work has met this accomplishment, and there are many more to meet.”

A versatile weapon for the Tigers, Diggs was a star at linebacker last year and early this season for Auburn, but when the offense was struggling in the early weeks coach Adam Winegarden turned to his senior stalwart. Diggs stepped in at running back and became one of the most dangerous runners in the state as the Tigers advanced all the way to the state semifinals.

Diggs finished the season with 268 carries for 1,605 yards and 19 touchdowns in addition to 19 receptions for 485 yards and seven touchdowns.

“Not only is Coastal Carolina getting a great player, but they are getting a getting teammate and leader,” Winegarden said.

His senior stats certainly jump off the page, but Coastal Carolina recruited him for defense. Diggs said he is ready to fill whatever role his new team needs him to.

Plenty of schoolmates and teammates filled the Auburn High auxiliary gymnasium on Wednesday to see Porter and Diggs sign and begin the next chapter of their lives. Winegarden takes great pride in that and hopes that the next generation at Auburn High strives to realize their dreams like Porter and Diggs have.

“A lot of times the dream of playing college football for some may seem close. For some it may seem far-fetched,” Winegarden said. “To see somebody actualize it is key, because it could be them up here, too.”