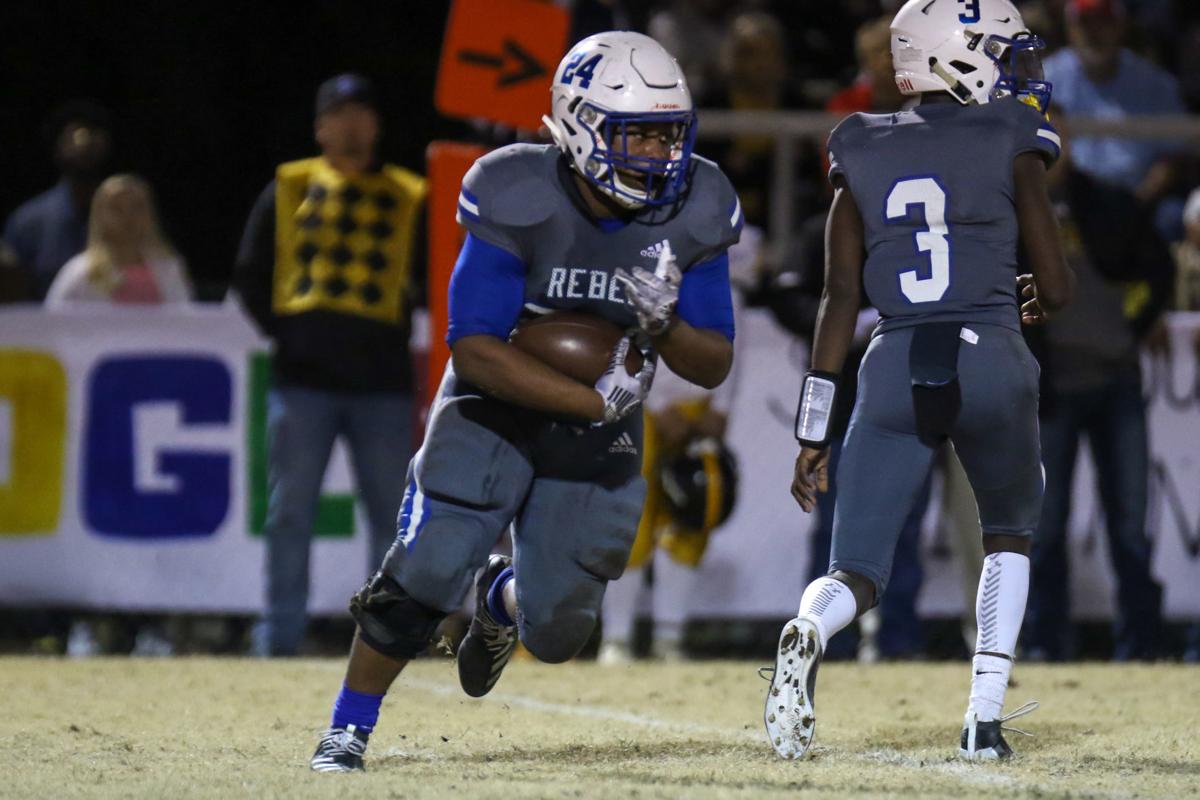 Reeltown running back Trey Hughley (24) carries the ball during the Reeltown vs. Leroy Class 2A semifinal football game in Reeltown on Nov. 29. 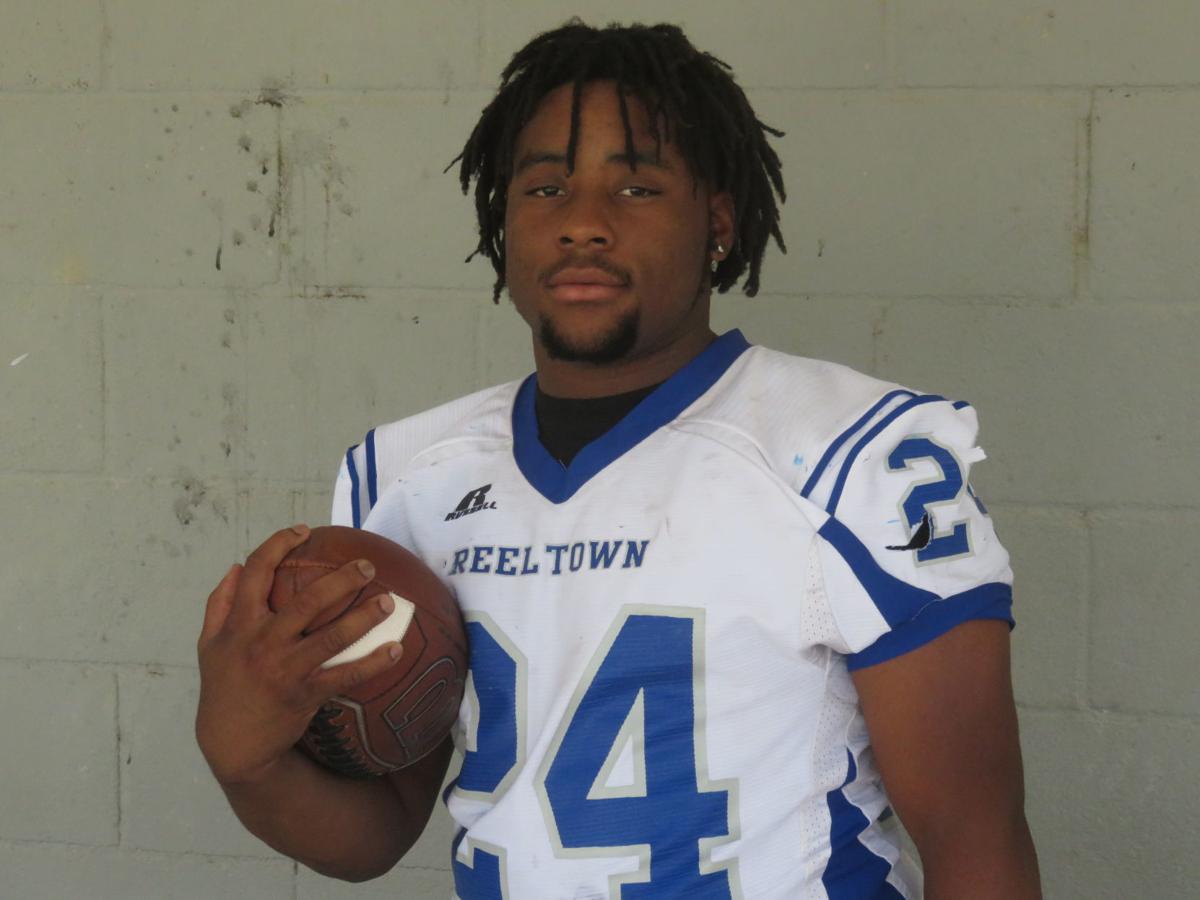 Reeltown running back/linebacker Trey Hughley had a strong senior season after injuring his knee on the first play of his junior year with the Rebels.

Reeltown running back Trey Hughley (24) carries the ball during the Reeltown vs. Leroy Class 2A semifinal football game in Reeltown on Nov. 29.

Reeltown running back/linebacker Trey Hughley had a strong senior season after injuring his knee on the first play of his junior year with the Rebels.

This fall, Reeltown senior Trey Hughley returned to the football field eager to prove himself after a knee injury. On Thursday, Hughley’s hard work paid off with his first scholarship offer.

Hughley received an offer from Faulkner University as the days wind down until National Signing Day. The 5-foot-8, 205-pound Hughley received his offer after coming back strong in 2019 following tearing his patella tendon in Reeltown’s first game of 2018.

“I was kind of shocked, but the feeling was great. I’ve been waiting on my first offer,” Hughley said. “It means a lot to me because I feel like I’ve been waiting for so long, so I guess all the work is paying off.”

Hughley was expected to be the Rebels’ top running back in 2018 before the injury ended his season and forced him to begin physical rehabilitation. Slowly but surely, Hughley and Reeltown head coach Matt Johnson saw him coming back to form, and Johnson and the rest of the coaching staff eased Hughley back in this past fall.

Once Hughley got settled, however, there was no slowing him down. Hughley was a consistent contributor on both sides of the ball for the Rebels, as he had 82 carries for 590 yards and 10 touchdowns at running back and recorded 97 tackles, including a game-high 12 in the Rebels’ state championship game against Fyffe.

“He just finally got to a place where he could play both sides of the football. His running back ability gave us a one-two punch there. He ended up being one of our best linebackers as far as instincts and reading,” Johnson said. “For him to not only bounce back from an injury and have the opportunity just to play again and then to work himself back into a position to still have the possibility to make those dreams come true is just a testament to the type of player he is and the type of young man he is. I couldn’t be more proud of him.”

In hindsight, Hughley credited that recovery process into making him the athlete he is today.

“It was a lot of work I had to put in like learning how to run again and working out,” Hughley said. “Doing the same thing everyday was killing me, but it really made me stronger. I’m just glad I got to play my last year. It was a blessing.”

Hughley’s play was pivotal in the Rebels’ 13-win season, which ended against the Red Devils in the Class 2A state title game in Auburn’s Jordan-Hare Stadium. Although Hughley and his teammates came up short in the Super 7, it didn’t take away from how special his senior season was for him.

“I enjoyed it a lot. Playing for a championship was a blessing. Scoring my first touchdown was a blessing. I feel like we accomplished a lot,” Hughley said. “We’ve all known each other all our lives, so we knew how to play with each other. I wish I could go back and play high school football again.”

Hughley may have more options come his way soon, as he and Johnson will visit Point University this week. When it comes to a college decision, Hughley said the most important things are the coaching staff and staying close to home so his parents can attend games.

As for any other schools interested in him, he emphasized his work ethic and his willingness to bring positive change to a program.