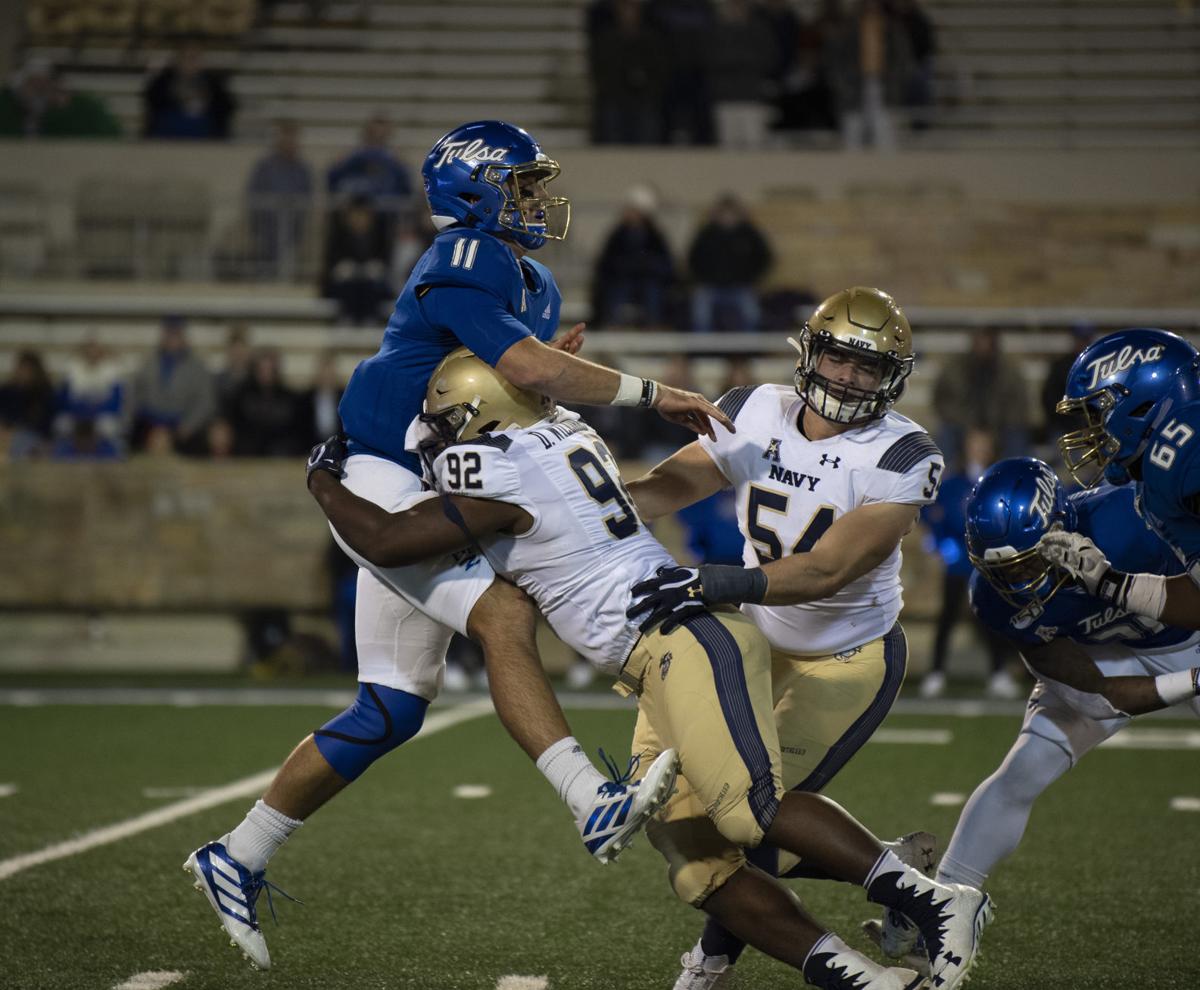 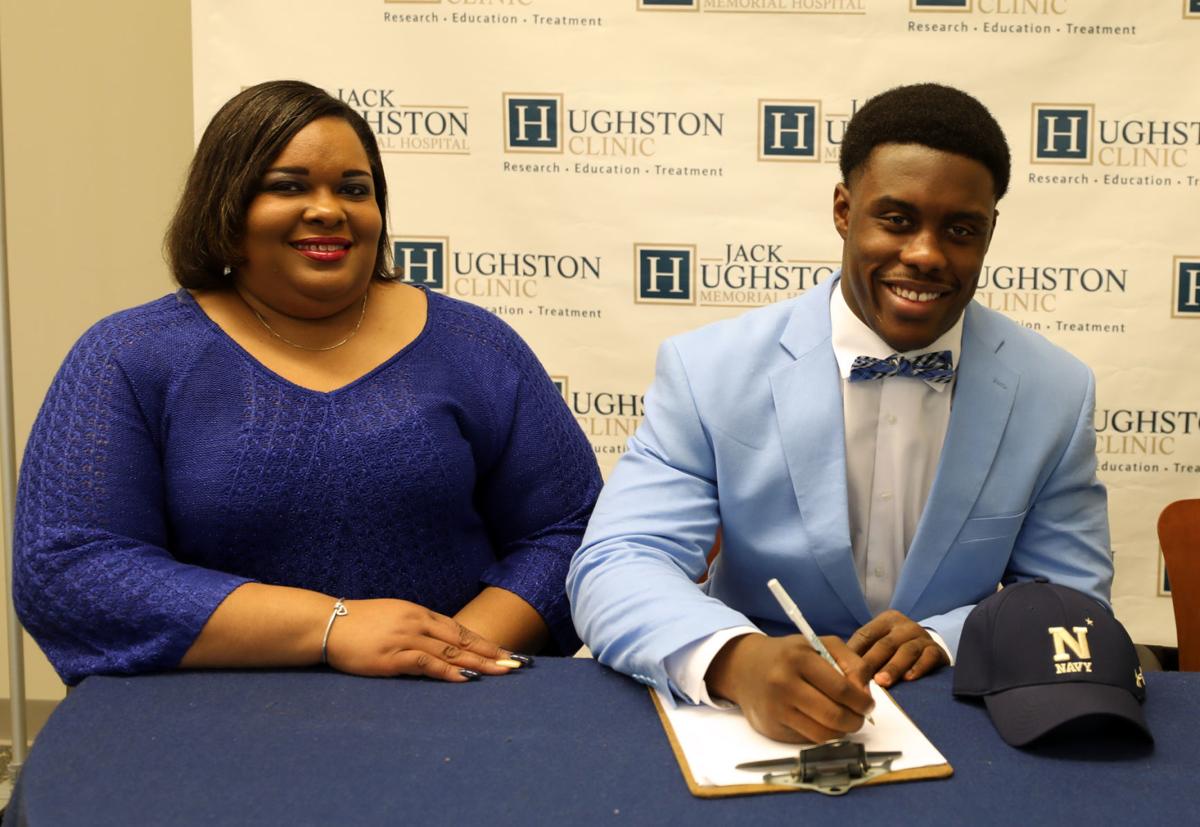 Smiths Station's Deondrae Williams signs with the Naval Academy with his mother, Tawanna Williams, by his side in February 2018. 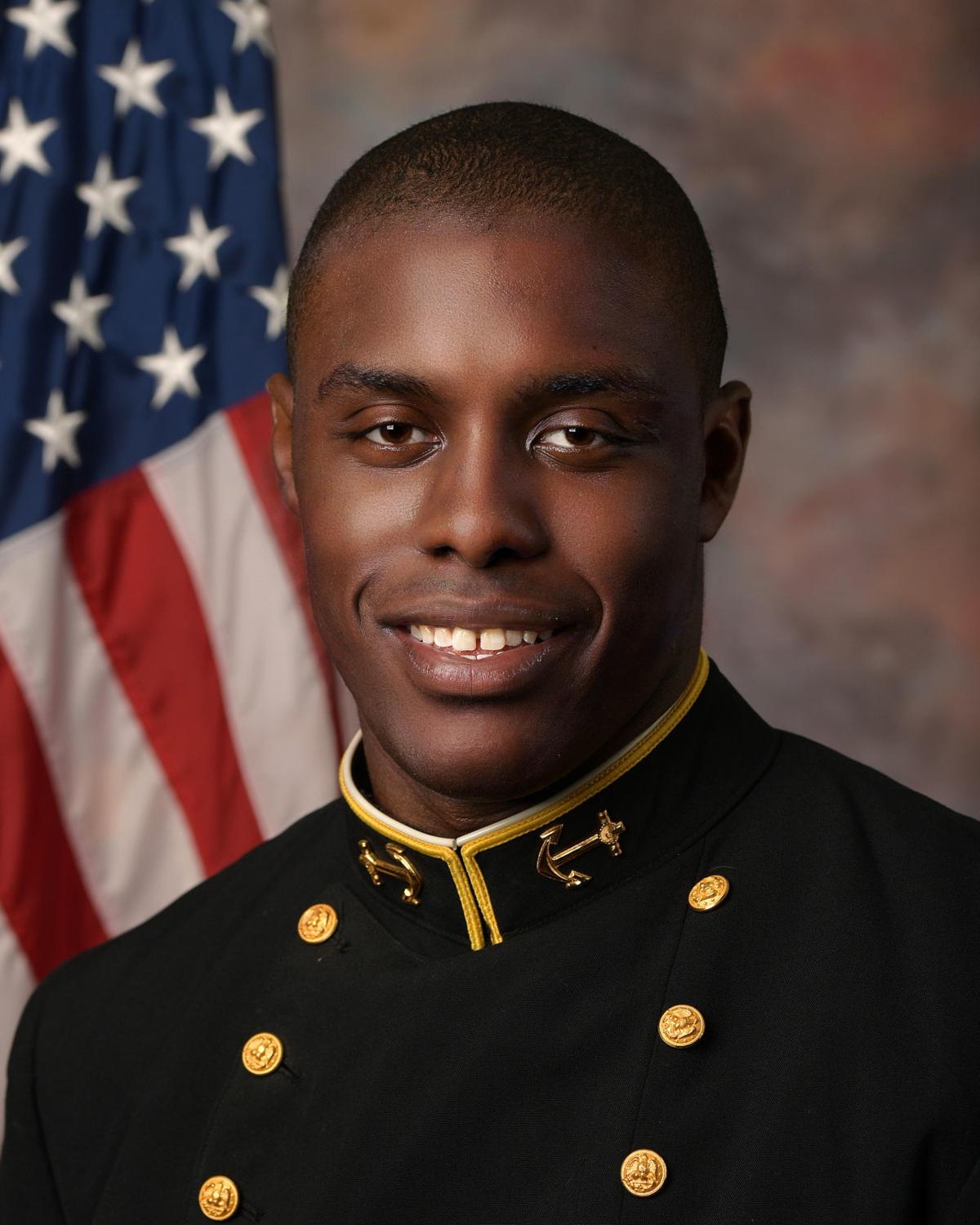 Smiths Station alum Deondrae Williams is a rising junior at the Naval Academy and is majoring in oceanography.

Smiths Station's Deondrae Williams signs with the Naval Academy with his mother, Tawanna Williams, by his side in February 2018.

Smiths Station alum Deondrae Williams is a rising junior at the Naval Academy and is majoring in oceanography.

Editor’s note: This is the latest in a series of stories catching up with former high school football stars from the Opelika-Auburn area as they prepare for another season at the collegiate level. Today’s story features Smiths Station alum Deondrae Williams.

After years of dreaming of playing college football, Smiths Station alum Deondrae Williams realized that dream on September 14, 2019. As meaningful as the moment was, Williams is working to make sure it wast just the start of something much, much bigger.

Williams played in the first game of his college career when Navy took on East Carolina in the Midshipmen’s second game of 2019. The moment proved to be just the first of many milestones for Williams, who ultimately played in eight games as a sophomore and is eager to use those experiences as a jumping-off point come 2020.

“Being able to get in for the first time, it was very surreal. It was something I’ve been dreaming of for a very long time. Being able to do it was an amazing experience, especially this year,” Williams said. “I miss it so much. Me and my teammates, we call every day. We always talk about how much we miss playing with each other and how much we just want to go out on the field and do what we love to do.”

Williams took on the endeavor of becoming a Division I athlete after signing with Navy in February 2018, but with that came the increased challenge of life at a military academy.

Williams called the first few weeks upon arriving at the Naval Academy a “culture shock” as he learned the basic rules and military guidelines that any new midshipman needed to know. He credited his teammates for helping him through the process as the group built a bond and helped each other through any difficult times.

Williams didn’t play in his freshman year, but by 2019 he was ready to go. He recorded two tackles in his college debut against the Pirates, and after missing Navy’s game against Memphis he recorded tackles in back-to-back games against Air Force and Tulsa. The latter of those two games, a 45-17 victory over the Golden Hurricane, featured another moment Williams won’t soon forget: his first career sack.

Looking back at the play, Williams explained it happened later in the game than he felt like it should have.

“In that moment I was mad because I had missed an opportunity to get one earlier in that game. I was mad up until that point and was trying to get back there as much as I could,” Williams said. “Finally being able to get it, I was so happy. Me and a whole bunch of my teammates on the d-line, we were always talking about each other and who was going to get a sack in the game and who was going to be the first one to get a sack. I was lucky enough to be the first one to get one.

“It was a great feeling, especially when I was able to get back on the bench. We were just talking about it. Everybody congratulated me. It was just a great feeling.”

Williams followed up the strong showing at Tulsa by tallying a career-best four tackles in Navy’s 35-3 victory over South Florida. He played in three of the Midshipmen’s next five games in the lead-up to the Army-Navy game on Dec. 14.

The games between the two military academies are known in college football as one of the sport’s premier rivalries. Williams said it didn’t take long to recognize it, either, as he could tell there was something different about the matchup prior to the opening kick.

“It’s definitely nothing I’ve ever experienced before. Just even warming up, it definitely feels completely different from any other game that I’ve ever played in in my life,” said Williams, who played but did not record any stats in Navy’s 31-7 victory over Army. “Being able to get those bragging rights was huge. You could see all the smiles from all my teammates, all my friends. Being able to see all the smiles and to be able to sing second (after the game) was an amazing feeling. It was one of the best feelings I’ve ever had in my life.”

Williams ended his sophomore campaign having played in eight games and recorded 10 tackles, two quarterback hurries, one sack and one forced fumble. He said he felt his time at Smiths Station prepared him for the opportunity to get on the field at Navy, especially given that he played as an underclassman in high school.

Williams is eager to get back to Annapolis, Maryland, and to not only get back to work for football but to return to classes, especially in his oceanography major. In the meantime, he said he’s been doing his part back home to stay in shape, which has mostly consisted of doing drills with the help of his brother Jason.

Williams finally got his chance to see the field at Navy last fall and did what he could to help create a bounce-back year for the Midshipmen. While the wait continues, Williams is doing his best to bide his time until given the go-ahead to rejoin his team.

“I just can’t wait for that day when they say we can go back up there,” Williams said. “That’s the first thing we’re going to try and do: get on that field.”