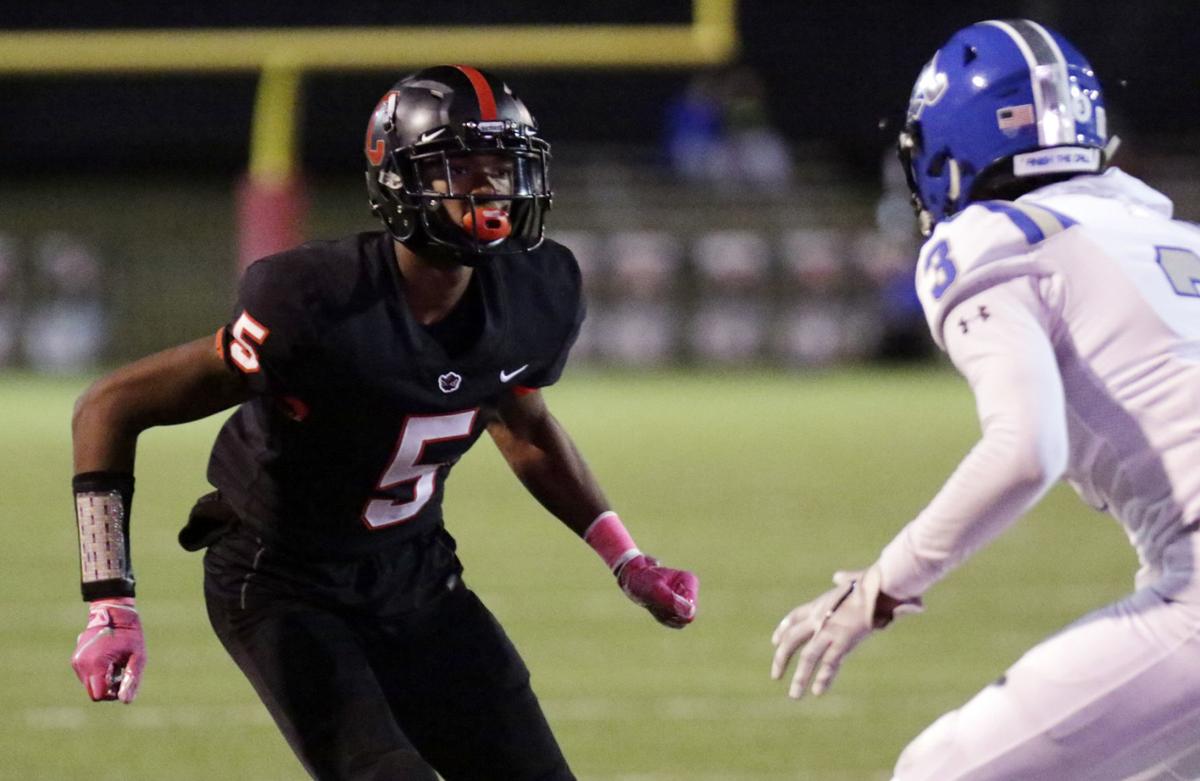 Central-Phenix City's E.J. Williams (5) goes out for a pass with Auburn High's Omari Porter (3) in coverage during a game in Garrett-Harrison Stadium on Oct. 26, 2018. 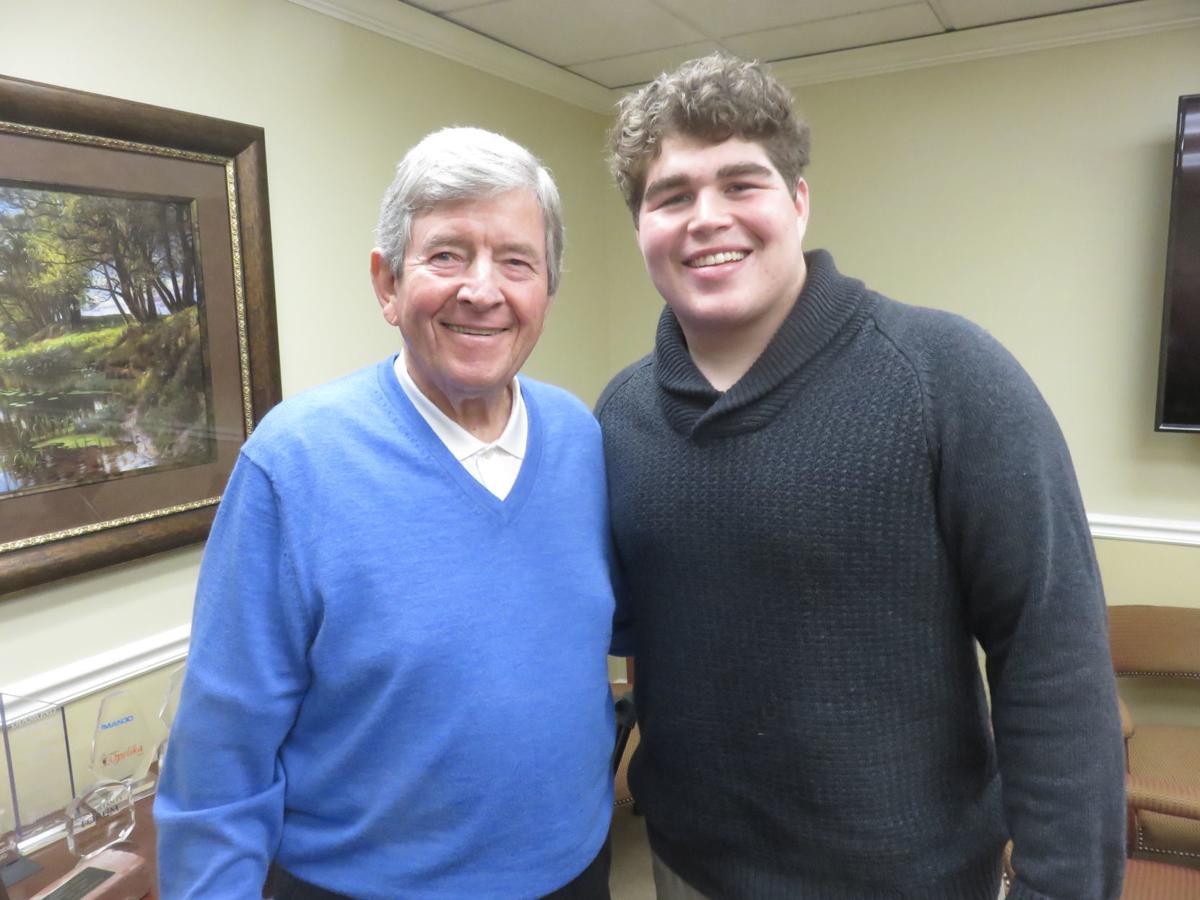 Central-Phenix City's E.J. Williams (5) goes out for a pass with Auburn High's Omari Porter (3) in coverage during a game in Garrett-Harrison Stadium on Oct. 26, 2018.

On Wednesday, several local standouts signed to play college football at some of the premier programs in the country.

Naturally, their soon-to-be head coaches had something to say about their latest additions.

Below is a look at 10 of the area football recruits and what their college head coaches had to say about the players during the coach’s signing day press conferences.

He’s going to be another one, another great one coming in here and stepping in and hopefully continue to help us continue this great wide receiver tradition.” — Clemson head coach Dabo Swinney

Coach’s Quote: “I think Kristian actually sees himself at another position and he’s been so productive in so many ways, whether it’s running the ball, throwing touchdown passes, making interceptions on defense. I think this guy is a unique athlete with great character. ... He’s very bright, smart, plays the game very instinctively wherever he plays. ... He’ll determine where he starts out playing.” — Alabama head coach Nick Saban

Coach’s Quote: “He’s 6-3 or 6-4, about 210 but a guy who is a high jumper over six feet and a high jumper over 20 feet. He’s a very explosive guy, played for the state title this year. Eric and Wanda, his parents, have been great in the process. Matt Johnson is a guy who I’ve known for a long time at Reeltown High School. (Eric) is another explosive athlete who can play defense, can play outside ‘backer and wants to play tight end, and that’s what we’re going to play him as. He’s a guy who’s got a big frame and is a really good athlete that we’re excited about.” — South Carolina head coach Will Muschamp

Coach’s Quote: “Defensive-back wise, you can’t have enough defensive backs in this conference. The spread teams throw the ball up in the air a lot, but bottom line is they’ve also got to be good tacklers. We think we’ve got athleticism and length in our secondary that we’re bringing in this class both at the corner and safety position. There’s some versatility, but we got physical guys that can tackle in space as well as have good ball skills to do some special things.” — Stanford head coach David Shaw

Coach’s Quote: “It’s a really good class when you look at (the trenches), when you look at the o-line and d-line. Offensive line with five guys, and five quality players there. ... We needed some tackles, and we felt like we hit that need. Definitely four of the guys are prototypical tackles.” — Kentucky head coach Mark Stoops

Coach’s Quote: “Jaylen Stinson is a great return man — and there will be others. Jontavious (Robertson) is dynamic with the ball. Malik (Bowen) is a big guy, but dynamic with the ball. Isaiah Fisher-Smith, all of those guys are really dynamic return men. One of the things that I know coach (Johnny) Majors used to talk about it — when you find a guy who returns both punts and kicks for his high school team, his coach thinks he’s the best player on the team. Think about that — skill-wise, anyway.” — Duke head coach David Cutcliffe

Coach’s Quote: “On the offensive line, you’ve got five critical positions. They’re a team within a team, so you really have to have that. I think every year that’s got to be one of your focuses, at the line of scrimmage. ... We were a little bit lacking on the offensive line, so we had to push those numbers back up of course to get the balance. We did that. If you look at those guys, they’re athletic. They can move. They’ve got good strength and size, but they have the athleticism to do a lot of things.” — Georgia State head coach Shawn Eliott

Coach’s Quote: “James is an outstanding offensive lineman who has a tremendous understanding of leverage. He’s a dominating run-blocker and an athletic pass-protector. He moves his feet really well and does a tremendous job of finishing blocks. We’re really excited to have James a part of the Owl family.” — Kennesaw State offensive coordinator Grant Chesnut