Dense Fog Advisory from 5:50AM CDT WED until 9AM CDT WED 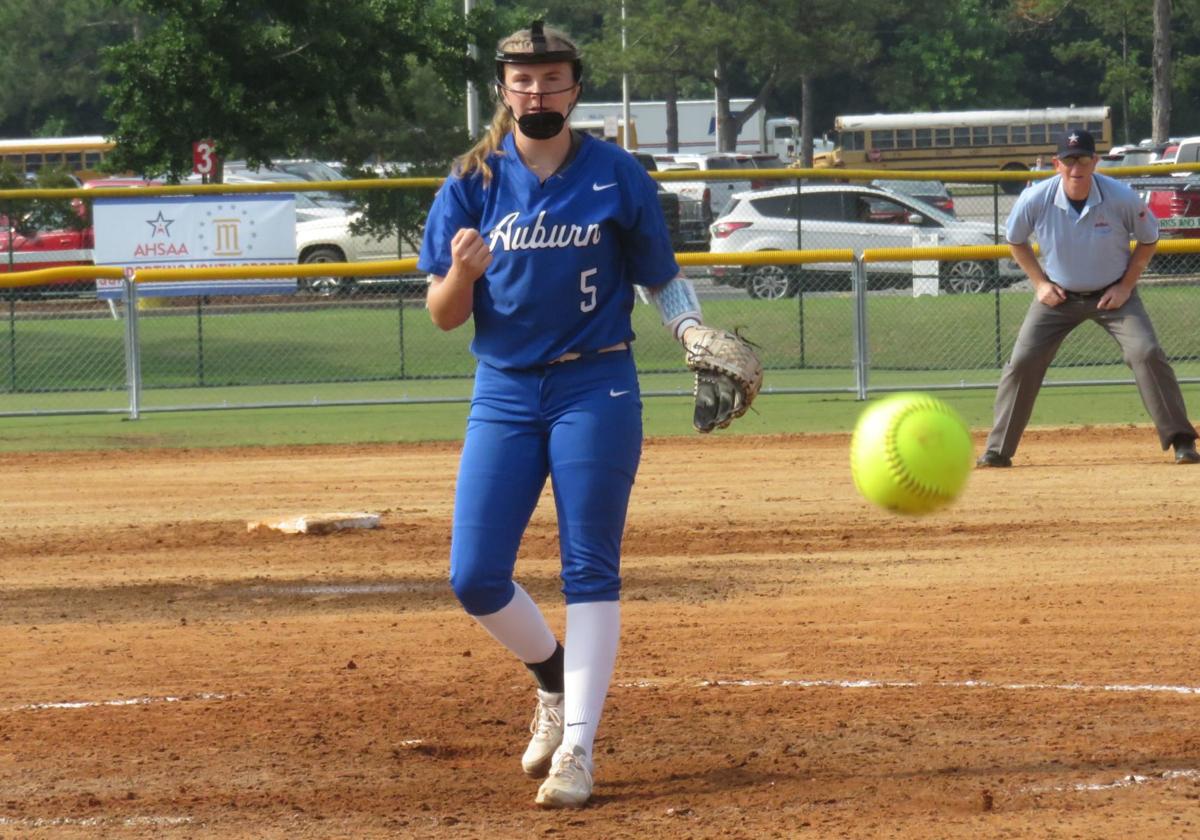 Auburn High pitcher Hannah Pitts throws a pitch during the Lady Tigers' game against Spain Park on the second day of the Class 7A state tournament in Montgomery on May 17, 2019.

The Beauregard softball team poses together after winning the Benjamin Russell tournament after five straight victories on Feb. 22.

Auburn High pitcher Hannah Pitts throws a pitch during the Lady Tigers' game against Spain Park on the second day of the Class 7A state tournament in Montgomery on May 17, 2019.

The Beauregard softball team poses together after winning the Benjamin Russell tournament after five straight victories on Feb. 22.

Local softball teams in and around Lee County were just settling into the 2020 season when play was halted a week ago today due to the coronavirus. The season remains in flux while the AHSAA monitors the situation into the second week of April.

With play officially on hold, it’s a fitting time to highlight some of the teams and players who showed true promise to start the season. Here’s a list of the area’s standouts starting in AHSAA’s Class 7A and ending with some of AISA’s finest.

Central-Phenix City (15-3) — Central has not been shy about playing underclasswomen the last few years, and that paid dividends through nearly 20 games of action.

As a squad, the Lady Red Devils — who were ranked fourth in the latest ASWA rankings — were nearly hitting .370 thanks to some of the best hitters in Class 7A.

Third baseman Shelby Newsome was nothing short of outstanding to start the year, hitting .489 with nine home runs, 36 RBIs and a .708 average with runners in scoring position. Outfielder McKinnon Howard was a hard out as well, hitting .444 with four RBIs, 12 runs scored and providing a team-high 15 steals.

Desalynn Nesbitt was the team’s standout in the circle. Through 18 games pitched, she boasted a 7-0 record with 41.1 innings pitched, 43 hits allowed, 34 strikeouts and a 2.71 ERA.

Auburn High (9-3) — The Lady Tigers were still playing on the final day of the postseason in 2019, and they were on the right track toward a similar run through 12 games. Auburn sat seventh in the ASWA’s latest rankings.

Shortstop Kate Thornell led the team at the plate with a .500 batting average to go with 13 RBIs and 10 runs scored. Second baseman Taylor Godwin, who made some clutch plays last spring, followed with a .485 batting average, 13 RBIs, eight runs scored and an impressive .769 batting average with runners in scoring position.

Tallassee (15-1) — Outside of a one-run loss to Prattville Christian, the Lady Tigers were nearly perfect for 16 games. As a result, they remain No. 1 in Class 5A per the ASWA rankings.

Tallassee endured the loss of standout hitter Chloe Baynes, who suffered a season-ending injury, yet continued to play like one of the best teams in all of the AHSAA.

Beauregard (10-6) — The Lady Hornets were young and inexperienced in 2019. That, however, wasn’t the case this spring. Beauregard was impressive in the early stages of the season, which included the team winning Benjamin Russell’s tournament on Feb. 22.

Beulah (6-4) — The Lady Bobcats overcame a 2-3 start to the year and won four of their last five games, which included a 6-0 victory over Russell County before the suspension of play began.

Beulah coach Stan Pepper pointed to Brandy Phillips and Madison Bryant as two of the team’s most important players. Bryant ended the de facto first half of the season on a high note with a 3-of-4 showing with three runs scored. Phillips contributed to the win with a hit as well.

Glenwood (10-9) — The Lady Gators had a rough start to the season, but their status as the reigning Class AAA champs meant they could not be counted out.

Macie Fanning put forth a great start to the spring and led the team with a .465 batting average along with 20 hits and 13 RBIs. Simone Gillespie came through as well, hitting .385 with 15 hits in 19 games.